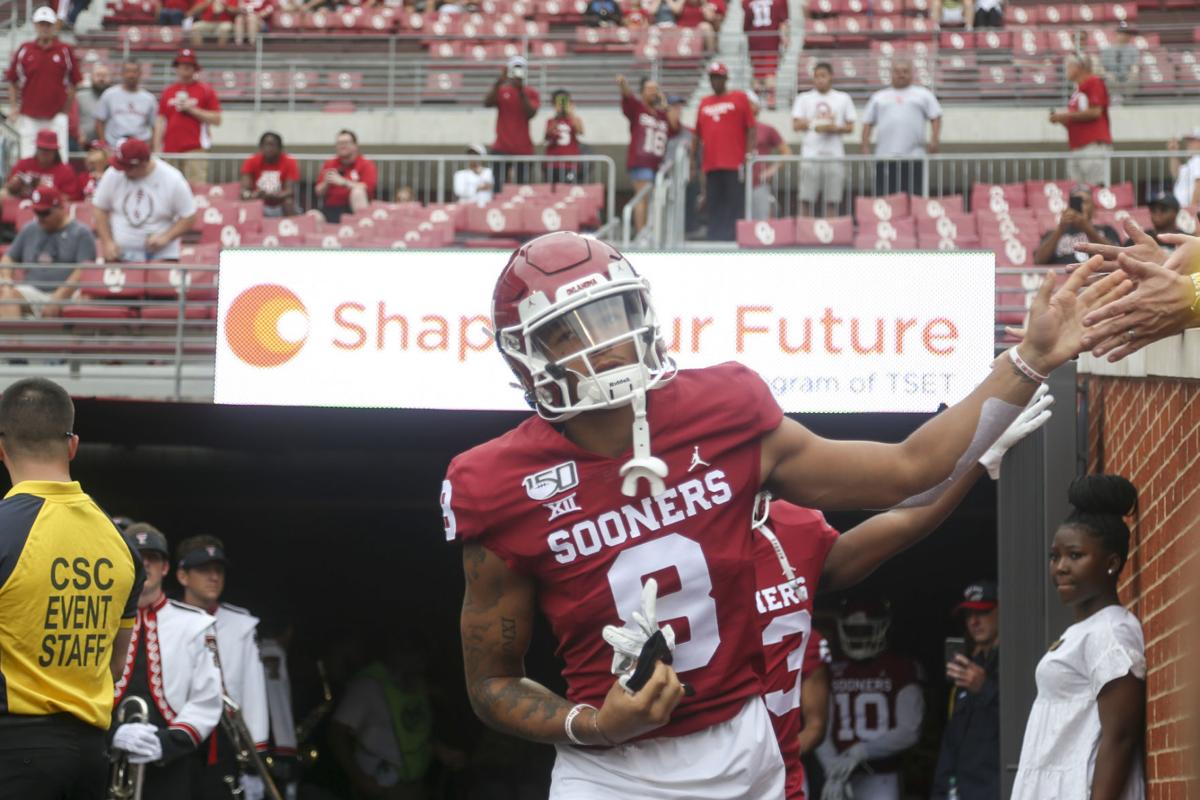 Trejan Bridges, shown during the 2019 season, has put his year-long suspension behind him and is focused on contributing for the 2021 season. 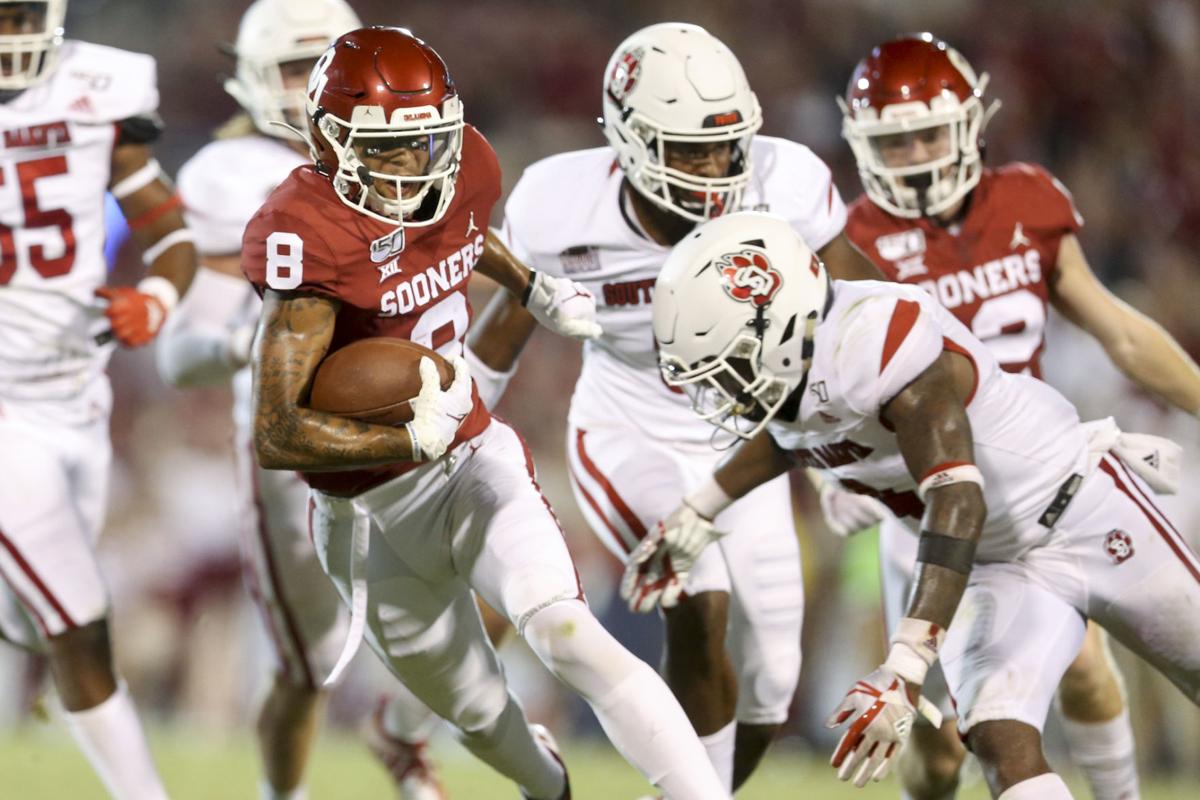 Oklahoma receiver Trejan Bridges runs past an attempted tackle in a Sept. 7, 2019 game against South Dakota in Norman.

What did Trejan Bridges do when he learned he had been reinstated by the NCAA to play football before last year’s Big 12 Championship game?

“When I got the news, the first thing I did was call my mom,” Bridges said on Thursday. “I had to let her know.

“Once I saw her smile, I knew everything was back on track.”

Bridges was suspended after a failed marijuana test after the Sooners beat Baylor in the 2019 Big 12 Championship game. The penalty ended up being a calendar year for Bridges, who only played in the final two games last season.

Bridges went through the season waiting for an opportunity to play. He even watched Ronnie Perkins and Rhamondre Stevenson — dinged for the same offense as him — get to return to action in late October while he had to wait.

He recounted it all during his first media availability of his Oklahoma career.

“It was a long, kinda long, stressful type of situation. Again, it was an obstacle. I’ve had multiple obstacles that I have had to face,” said Bridges, who played in last season’s Big 12 title game and the Cotton Bowl. “It was a long learning experience. I learned a lot through just watching and helping my team. Again, it was like I had to take what I learned and take the negative and turn it into a positive.

“I was able to take things little by little and stay out there and help my team and do what I could do at the time (that) I can.”

Bridges kept practicing while drawing support from his teammates. It’s hard to imagine the work put in — especially strictly following COVID protocols — while not getting an opportunity to play.

Lincoln Riley had his back during the tough times. The OU coach took a tough stance toward testing and asked if the penalty for something that’s become more tolerant by today’s society was too much.

Bridges said the support meant a lot to him.

“Coach Riley stepped in. He was able to kinda give me the push through and give me extra words to keep going,” Bridges said. “Again, he came out — he wasn’t really agreeing on the whole situation. I appreciated that from him because a lot of people don’t really see that from coaches. They’ll show some aspect to the media but the whole time there’s a whole other part going on behind. And nobody really sees what is going on behind.

Bridges was also thankful for Perkins and Stevenson, who were penalized alongside him. Both are now preparing for the 2021 NFL draft.

“We built ties through that that are going to last forever because of this situation, having all three of us in the same situation,” Bridges said. “When they got news they were playing, of course I was happy. But then they were the dudes that would come back to me and tell me (to) just keep working. Just do what you gotta do. We know this isn’t right. They kept me going, and I just appreciate them for that.”

Bridges is ready for his career to get started. He played in 13 games during the 2019 season with seven catches for 82 yards and a pair of touchdowns. He was a catalyst on special teams and also played safety against Texas Tech.

Late last season, he caught two passes for 19 yards in the 55-20 win over Florida in the Cotton Bowl.

He’s prepared to tackle spring and says he’s in the best shape of his life.

“It just feels good. There’s a relief of all the stuff I went through last year. Some of those guys were on this team last year and they know that and know the mindset I got,” Bridges said. “I bring the energy. I bring all of it. It’s been a fun time with this group because it feels different. Atmosphere feels different. I’m excited to wake up and go to practice.”

Trejan Bridges, shown during the 2019 season, has put his year-long suspension behind him and is focused on contributing for the 2021 season.

Oklahoma receiver Trejan Bridges runs past an attempted tackle in a Sept. 7, 2019 game against South Dakota in Norman.