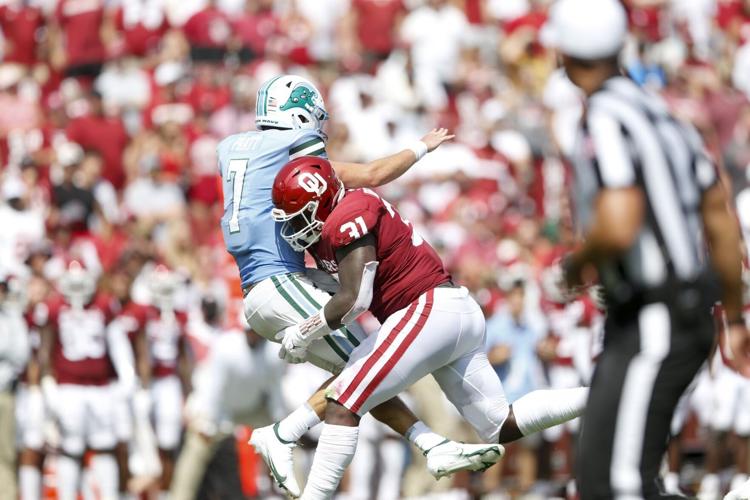 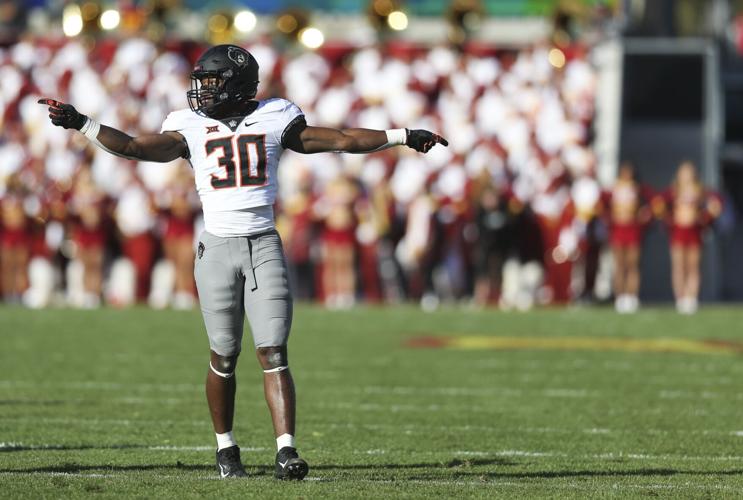 Oklahoma’s Jalen Redmond and Oklahoma State’s Colin Oliver landed on the Bednarik Award’s preseason watch list Monday, among the 90 players listed for the honor given annually to college football’s most outstanding defender.

Finalists for the 2022 Bednarik will be announced on Nov. 22 before the winner is named during the College Football Awards on Dec. 8.

Redmond, the redshirt junior from Midwest City, missed five games due to a knee injury last fall and closed the year with 19 total tackles in eight games. In his last full campaign in 2019, Redmond led OU with 6.5 sacks and notched 11 tackles for loss, third-most on the team. Redmond opted out of the 2020 season.

Oliver charted a dazzling freshman year last fall in his season in Stillwater out of Edmond Santa Fe. The first-year defensive end set a program freshman record with his team-best 11.5 sacks, earning the Big 12 Freshman Defensive Player of the Year award and a handful of national honors. Alongside Brock Martin, Tyler Lacy and Brendon Evers, Oliver returns for his sophomore season as part of a pass rush unit that recorded a combined 27 sacks in 2021.

The first and only OU or OSU player to claim the Bednarik Award was Sooners linebacker Teddy Lehman in 2003. Tulsa’s Zaven Collins won the award in 2020.

Venables statement: "(Gundy) chose to read aloud to his players, not once but multiple times, a racially charged word that is objectionable to everyone and does not reflect the attitude and values of our university or our football program."

Guerin Emig: Why defensive-minded Brent Venables is the right coach at the right time for OU's offensive players too

Lincoln Riley didn't leave the Sooners in a rut, but there is no question his successor's iron-tough mentality has translated to a welcome culture change, and not just for linebackers

When Oklahoma opens the Brent Venables era against UTEP on Sept. 3, the Sooners’ first-year coach will see a familiar face on the opposite sideline.

'Everything goes through them': Venables, Roof intend to lean heavily on OU's linebackers in 2022

Speaking to reporters days before the start of preseason camp, Oklahoma coach Brent Venables made clear the role he expects his linebacking corps to play in the Sooners’ defense, both in 2022 and beyond.

Washington, who spent four seasons as wide receiver at the University of Missouri from 2010-13, joined Brent Venables’ staff in January as an offensive analyst and assistant receivers coach.

Oklahoma is in the top 10, while Oklahoma State received its highest preseason ranking since 2017.

What can Sooner Nation expect from Brent Venables? We polled Big 12 coaches, who talked current 'DNA' and SEC future

A handful of Big 12 coaches got familiar with Brent Venables during his days at Clemson.

Fall camp has arrived, so let's catch up on the 2022 Sooners with Eric Bailey and Eli Lederman.

Brent Venables and the Sooners kicked off August right where they left off in July with Monday's commitment from four-star defensive end Colton Vasek, the 10th commit to Oklahoma's class of 2023 since July 1.