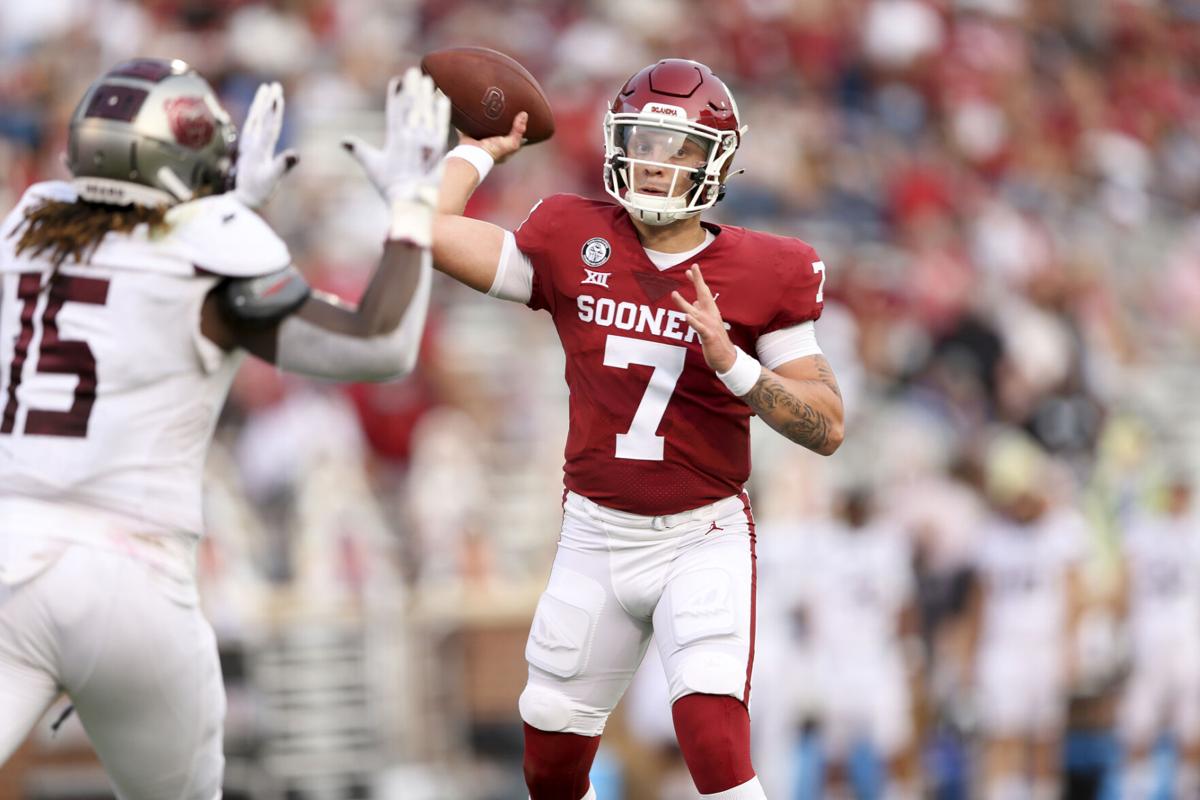 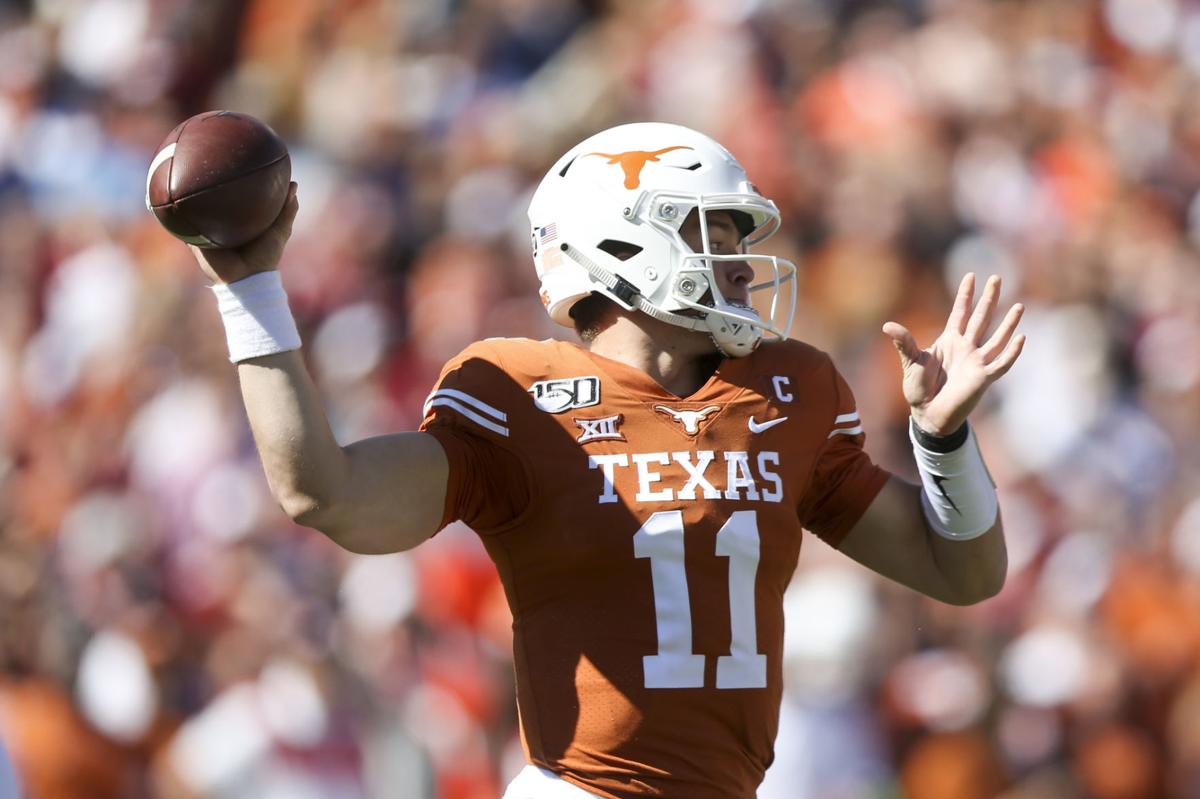 Texas quarterback Sam Ehlinger has experience as a four-year starter against Oklahoma.

DALLAS — The 116th edition of the Red River rivalry will feature a graybeard quarterback against a young gunslinger with the Golden Hat at stake.

Oklahoma redshirt freshman Spencer Rattler will start his fourth college football game when the Sooners take on No. 22 Texas in Saturday’s 11 a.m. contest inside the Cotton Bowl.

Rattler has looked dynamic at times this season, but has been placed in difficult situations. In back-to-back losses against Kansas State and Iowa State, the quarterback was asked to bail out the team from fourth-quarter deficits.

It’s a difficult task for even veteran quarterbacks. Rattler ended both comeback attempts with interceptions.

Texas coach Tom Herman has had to game plan against two Heisman Trophy winners (Baker Mayfield and Kyler Murray) and a Heisman Trophy runner-up (Jalen Hurts) over the past three seasons. He seems just as impressed with Rattler’s ability.

“I think he’s got a tremendous future,” Herman said. “I think you see why he was rated where he was coming out of high school. He’s got a really quick release and unbelievable arm strength. He can throw it off a bunch of different platforms and makes plays with his feet.”

Rattler experienced the OU-Texas game last season as a backup quarterback. It’s a different world when taking the first offensive snap in such a heated rivalry.

Keeping Rattler calm will be the charge of his older teammates.

“I’ve talked to him about it. I’ve told him this isn’t just a normal game. No matter what you want to believe, this game is always going to be more intense, more physical,” OU captain Creed Humphrey said. “It’s going to be a war for four quarters, no matter what. He’s prepared for it. He’s done a good job of preparing for it. I think he’s up to the task for it.”

“He’s a competitor. He knows he belongs in that arena. Of course, he’s going to continue to get better as the years go on,” Riley said. “One of the great examples (is) looking at the other sideline in this game. I think this will be the fourth different quarterback I’ve rolled out there with Sam on the other side. A ton of respect for him and the job that he’s done in continuing to improve over the years.”

Ehlinger has lost three of four games he has started against the Sooners but is expected to once again be a handful for the OU defense.

The senior has adapted strongly to new offensive coordinator Mike Yurcich, who used to guide the Oklahoma State attack. Ehlinger has thrown a nation’s-best 14 touchdown passes this season while maintaining his power run game.

Ehlinger already has two rushes over 20-plus yards and is averaging 4.8 yards per carry through three games.

“The last couple of years, he’s always given us a great game,” OU linebacker Nik Bonitto said. “He’s always fought. He’s a really tough quarterback. And I think we’re just gonna have to do a good job getting to him and making him feel pressure all day and just try to make him make bad decisions up front.”

OU’s defense made a statement in 2019’s game with nine sacks. It may take a similar effort on Saturday to avoid a third consecutive loss.

“We’re excited for the opportunity to right our wrongs,” White said. “We’re still very confident in who we are as a defense and feel like this is the perfect opportunity to flip the script.”

Throwback Tulsa: A rivalry that began in 1900, here’s every OU-Texas score

Rattler vs. Ehlinger, by the numbers

5: Career starts against Oklahoma by Sam Ehlinger, which is the most by any Texas quarterback.

19.4: Win percentage since 1990 (3-14-1) by a quarterback making his first start in the OU-Texas game against a returning quarterback with prior experience.

DALLAS — There was nearly five hours of glorious and ugly football played inside the Cotton Bowl on Saturday.Video: Riley: "It will go down as…

Texas quarterback Sam Ehlinger has experience as a four-year starter against Oklahoma.