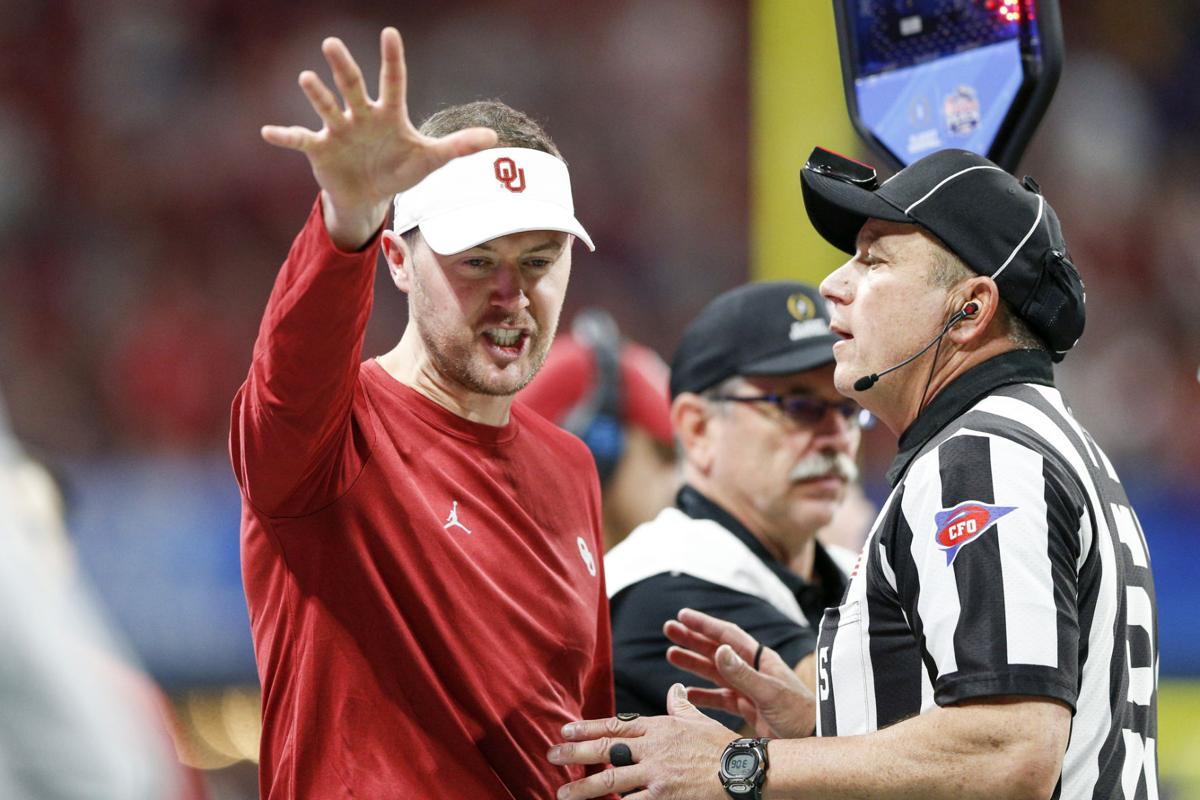 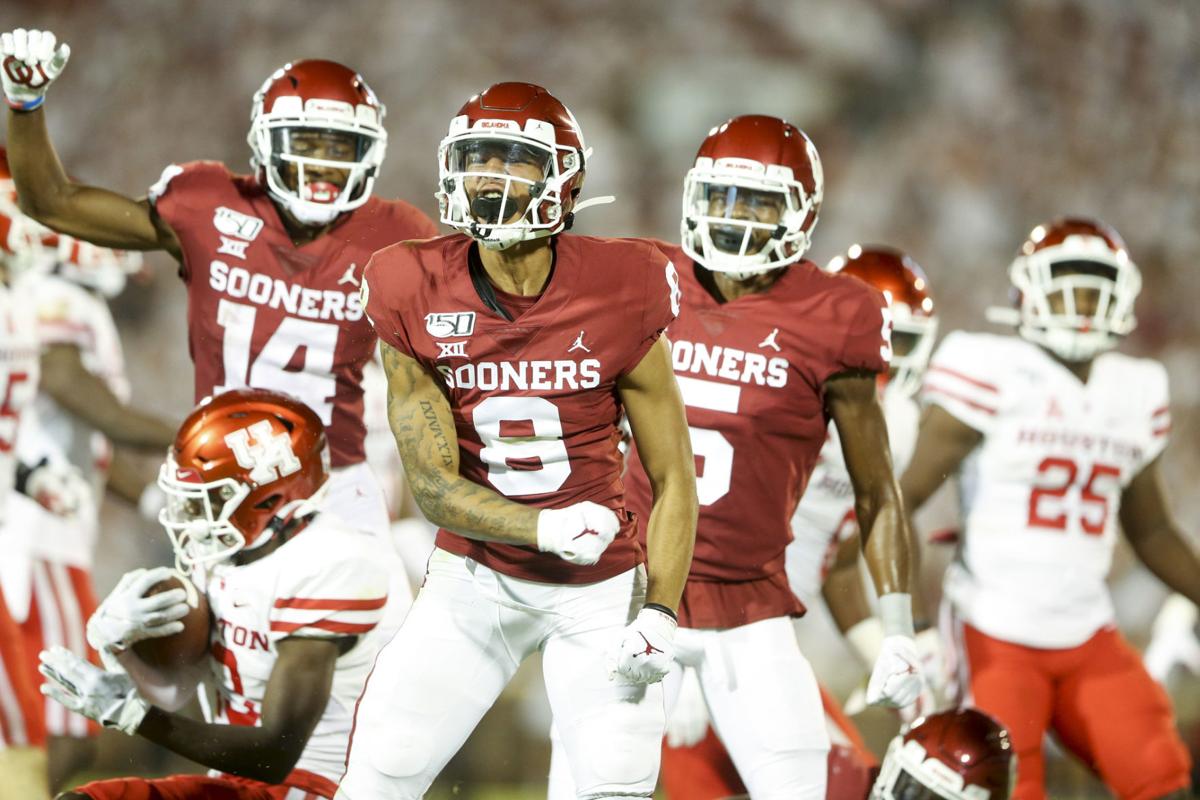 Trejan Bridges (center) yells in celebration after making a tackle against Houston on Sept. 1, 2019. Bridges is one of three Oklahoma players who has been suspended the past six games by the NCAA.

Oklahoma will play Texas Tech on Saturday night and, just 48 hours before the game’s start, coach Lincoln Riley still does not know if suspended players Trejan Bridges, Ronnie Perkins and Rhamondre Stevenson will be available for the game.

The three players have been suspended by the NCAA for failing a drug test following last year’s Big 12 Championship game. Typically, the penalty is six games, which has now been served by the trio.

Riley told reporters during a Zoom call Thursday afternoon that he has no idea about their eligibility.

“It’s tough to describe the level of frustration,” Riley said. “Listen, there’s going to be decisions. Things are going to happen. Things always work out your way. But being able to communicate with somebody that you’re supposed to be able to work hand-in-hand with is part of it. There (have) clearly been some issues there.”

Riley paused and showed a little emotion when asked how the three players have been doing.

“Sheesh. It’s been really, really hard on those three kids,” Riley said. “I gotta watch what I say. But I mean, it’s been agonizing for those three kids. It’s not right.”

The school and OU haven’t officially said a failed drug test is the reason for the suspension.

Riley was asked if his views on marijuana have changed since he was in college.

The OU coach’s perspective has shifted.

“Yeah, it’s changed a ton. I mean, probably 180 degrees in the other direction,” Riley said. “I grew up, and even as a young coach, looking at it like this is just a lazy, dumb that thing people do, and if they do it they should get punished. I mean, that’s kind of how I was raised. That’s how I was raised as a coach.

“And then, until I started really learning, for a lot of people — not saying everybody, but for a lot of people — this isn’t performance-enhancing, this isn’t a party deal. For a lot of people, it’s a major mental health issue. Major. And as I finally woke up and paid attention, with that realization in me finally being able to learn that and understand that, which took me too long, honestly, it shifted everything about how we handle that issue in our program.

“I’m very convinced we were totally handling it the wrong way. I’m not going to get too much into the details, but we totally shifted our way of thinking. We’ve had just a remarkable turnaround in a short time in our program on that whole issue. And the NCAA needs to wake up and figure that out too.

“Unfortunately, they haven’t yet for these kids. Now, it’ll get changed soon, but not soon enough for these three guys.”

View from the sidelines: Oklahoma at TCU

View from the sidelines: Oklahoma at TCU

Trejan Bridges (center) yells in celebration after making a tackle against Houston on Sept. 1, 2019. Bridges is one of three Oklahoma players who has been suspended the past six games by the NCAA.