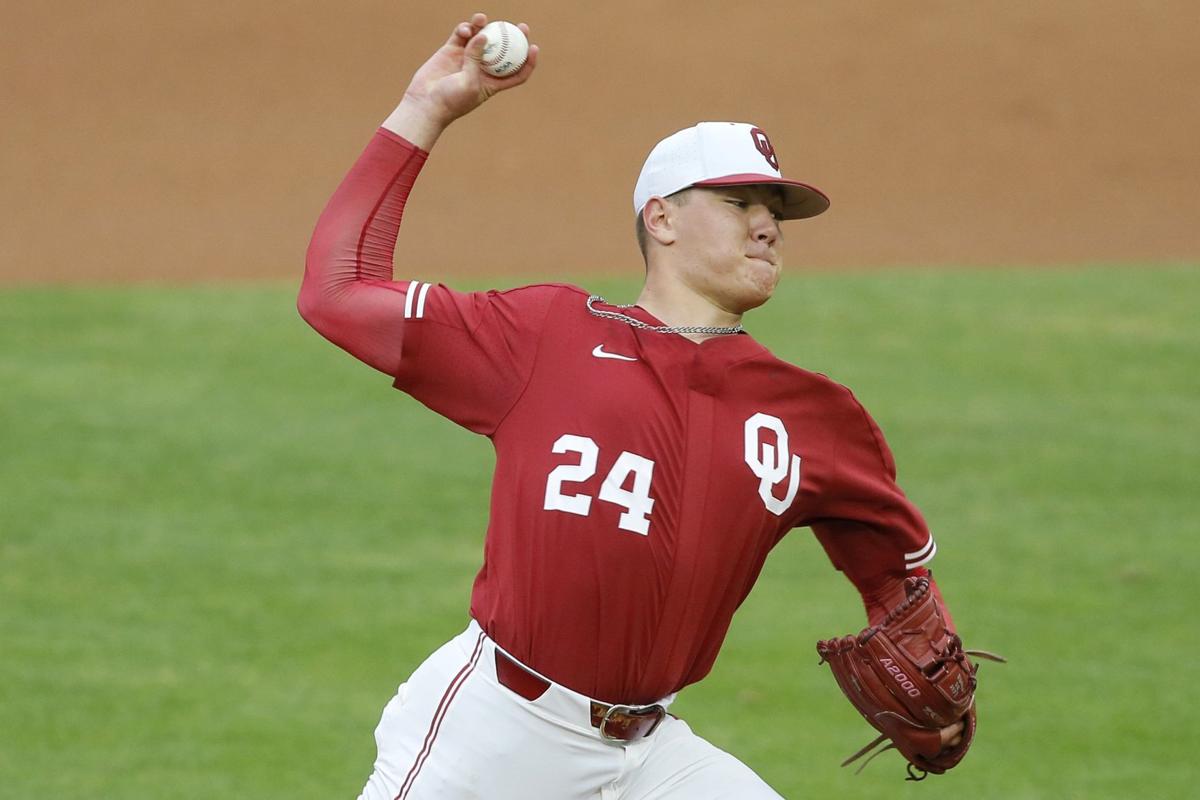 As a sophomore, Oklahoma’s Cade Cavalli was named to the All-Big 12 first team for his pitching and hitting. His junior season was cut short by the COVID-19 pandemic. Bryan Terry/The Oklahoman file 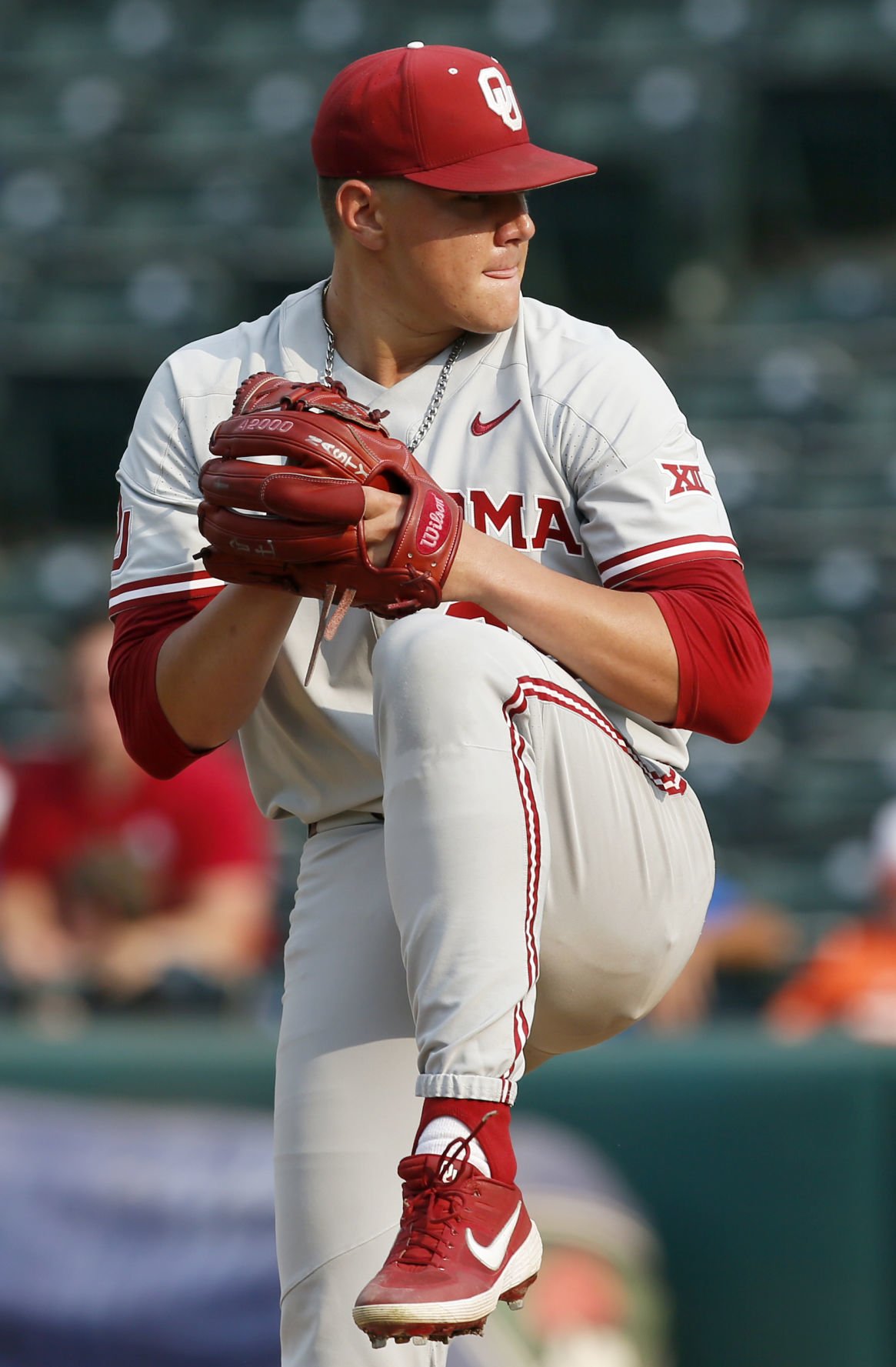 OU’s Cade Cavalli (right) was voted the preseason Big 12 pitcher of the year. His biggest supporter may be his brother, Tristian. “He’s on the cusp of some great things,” Tristian said. Nate Billings/The Oklahoman

As a sophomore, Oklahoma’s Cade Cavalli was named to the All-Big 12 first team for his pitching and hitting. His junior season was cut short by the COVID-19 pandemic. Bryan Terry/The Oklahoman file

OU’s Cade Cavalli (right) was voted the preseason Big 12 pitcher of the year. His biggest supporter may be his brother, Tristian. “He’s on the cusp of some great things,” Tristian said. Nate Billings/The Oklahoman

NORMAN — Cade Cavalli’s first pitch of the 2020 baseball season will be thrown with his older brother on his mind.

The Oklahoma right-hander plays for Tristian Cavalli, who had a medical condition that prematurely ended his baseball career.

“This summer, I got to play for Team USA. My brother wore No. 9 and, oddly enough, I walked into my hotel room and they had my jersey laid out. It was No. 9,” Cade Cavalli said. “(Tristian) was the first person I called. I told him that this was crazy. I’m getting to wear your number out here. It was a cool experience.”

Tristian Cavalli is proud of his brother, who is three years younger.

“He’s my best friend,” Tristian Cavalli said. “Growing up, we were always competing, playing sports, wrestling in the living room, stuff like that. When he was about a sophomore in high school, he shot up to 6-4. He’s bigger than me now. We’re really close.”

Oklahoma opens its season with a three-game series against Virginia in Pensacola, Florida. The teams will play at 6 p.m. Friday, 4 p.m. Saturday and 11 a.m. Sunday.

Cavalli will get the ball to start the season. The junior was named the preseason Big 12 pitcher of the year and, on Thursday, he was named to the 55-man USA Baseball Golden Spikes Award Watch list. The honor is given to the top amateur player in the country.

During Tristian Cavalli’s senior year at Bixby High School, he had a blood clot near his heart that needed to be fixed. The result took away his final high school campaign. He tried to play at Eastern Oklahoma State College, but had to retire from baseball.

The medical condition kept the brothers from being teammates for the Spartans.

“One of the sucky parts is when he came in as a freshman, I was a senior and we were set up to play,” said Tristian Cavalli, who is healthy now. “He was going to play second base, and I was going to be the shortstop. That’s when all the stuff went down. I didn’t even have a single at-bat my senior year.

“That really sucked. We were looking forward to having the brothers up the middle and then turning two. It never happened.”

Tristian Cavalli said he is looking forward to watching his brother on the mound this season.

Last season, Cade Cavalli earned first-team All-Big 12 honors as a utility player. He started 12 games on the mound and appeared in 19 more games as the Sooners’ designated hitter. As a pitcher, he was 5-3 with a 3.28 ERA and 59 strikeouts in 60 ⅓ innings. At the plate, he hit .319 with five doubles, two triples, four home runs and 17 RBIs.

“I’ve known ever since he was little that he was something special, when you mix God-given talent and an incredible work ethic that he possesses,” Tristian Cavalli said about Cade. “That’s when special stuff happens.

“He’s on the cusp of some great things. It’s amazing. I’ve known it all along, and I’ve been his No. 1 supporter for a long time now.”

Cade Cavalli is a legacy player. His father, Brian, played for the Sooners in 1990.