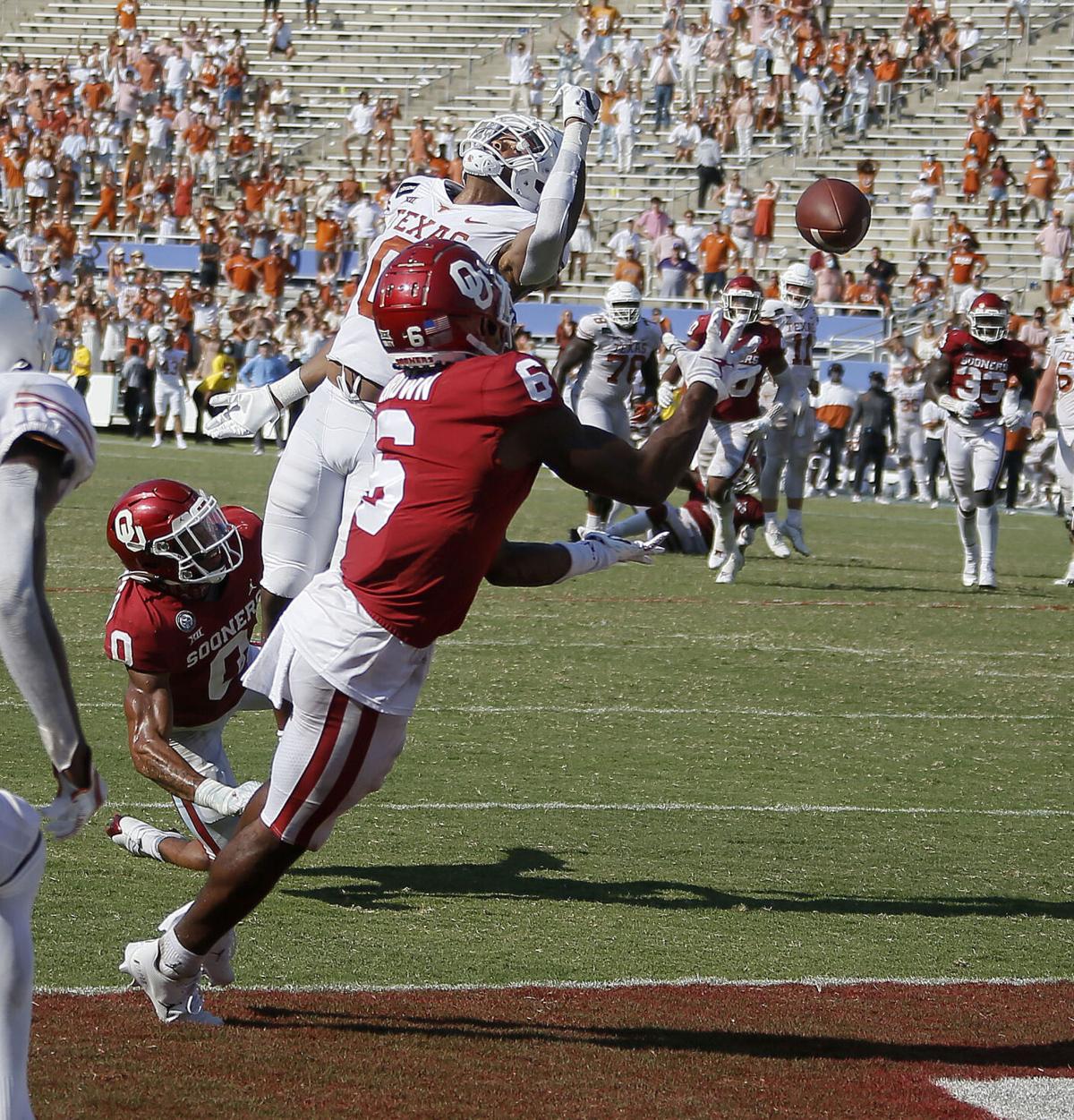 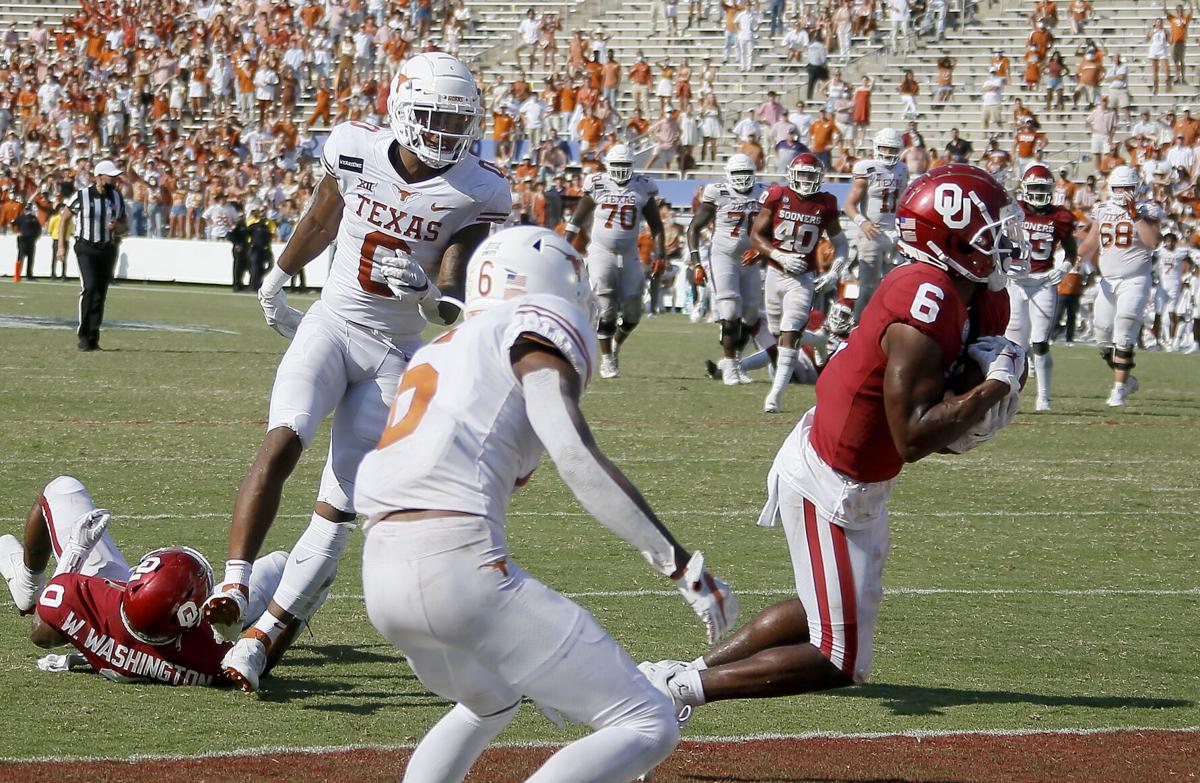 First down: Story of the game

Season saver at the Cotton Bowl

After two late losses in two weeks had the Sooners 0-2 in the Big 12 Conference and had their fans wondering how bad this could get, OU came to Dallas. Nearly five hours later, they had secured a 53-45 victory that kept their season in one piece.

The Sooners led Saturday’s game 31-17 until the final five minutes of regulation. Texas sent it to the first overtime with a touchdown with 14 seconds left. Had OU blown this game, on top of what happened against Kansas State and Iowa State? Mercy.

The Sooners bowed up and scored touchdowns in the first two overtimes, lived through Gabe Brkic’s missed 31-yard field goal try in the third, then won the thing on Tre Brown’s end zone interception in the fourth.

OU still has a steep hill to climb at 1-2 in the league. But it should be a little easier to keep trudging thanks to what happened in the Cotton Bowl.

Second down: Matchup that mattered

The Sooners vs. exhaustion

To squander what seemed like a sure win in regulation was mentally demoralizing. Then there was the sheer physical toll of spending four hours and 43 minutes in mid-80s heat and amid the intensity of this rivalry.

Then Nik Bonitto dropped Ehlinger to force a field goal try in the third overtime (Perrion Winfrey blocked it), and Brown sealed the game in the fourth.

Special mention to OU defensive lineman Isaiah Thomas, who was a menace all day and whose pressure on Ehlinger in the fourth OT forced a Texas holding penalty, which in turn forced Ehlinger into the low-percentage pass that Brown picked off.

Rattler was benched after his turnovers on back-to-back possessions carrying over into the second quarter. That was rough.

He settled into the game in the second half, but still watched Ehlinger bring Texas back from the dead in the closing moments of regulation. Also rough.

So here he was in four straight overtimes, asked to protect the ball and match Ehlinger play for play as best he could, asked to keep scoring to keep his team alive.

The freshman did everything required — Brkic’s hook was what cost OU in the third overtime — and left his first Red River Showdown having accounted for more touchdowns (4) than turnovers (2), and having scored the game-winning TD to boot.

That should give him quite a push toward more success as his rookie season unfolds.

Fourth down: What’s next

Sooners off before traveling to TCU Oct. 24

This was a tired, sore team leaving Dallas. Happy and relieved, too, but completely spent. The extra week of rest and preparation for TCU is a blessing for the Sooners.

We’ll see what they do with it, and whether they can build off Saturday’s result in Fort Worth.

DALLAS — There was nearly five hours of glorious and ugly football played inside the Cotton Bowl on Saturday.Video: Riley: "It will go down as…