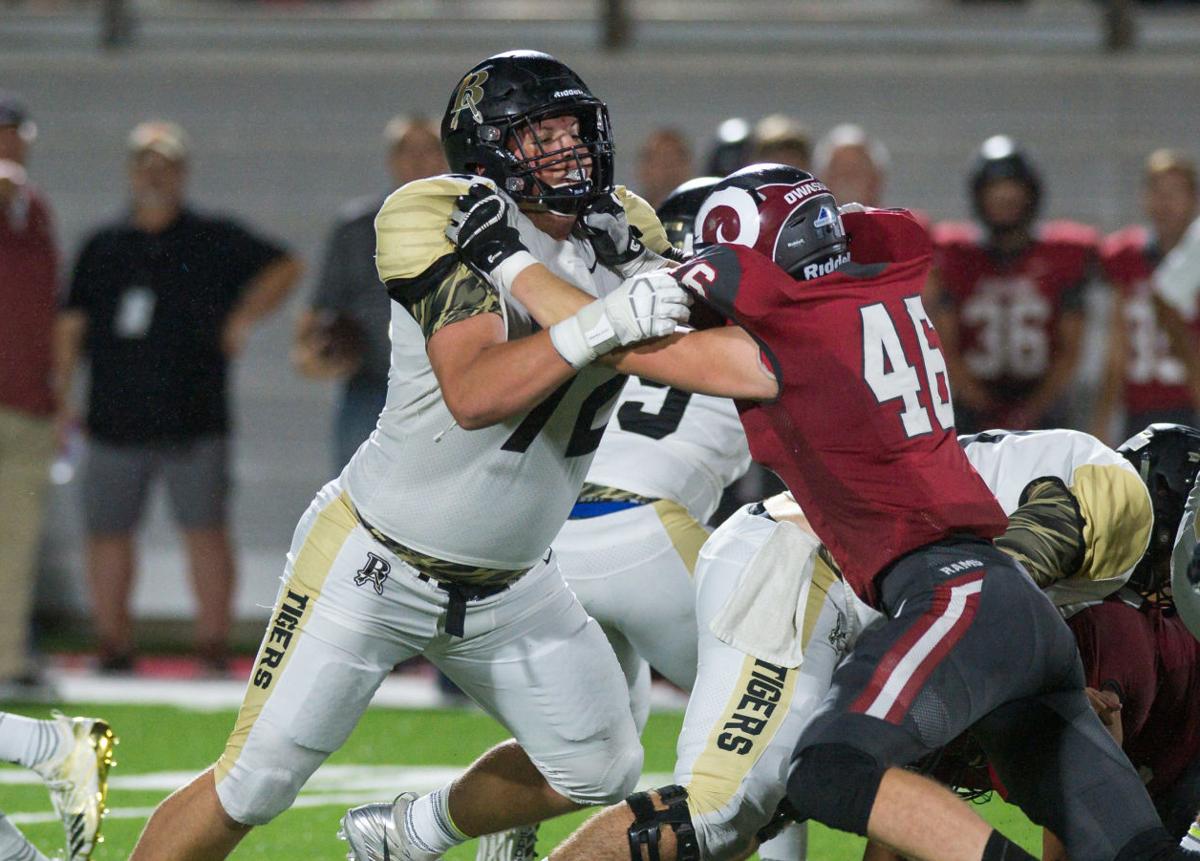 for the Tulsa World, file 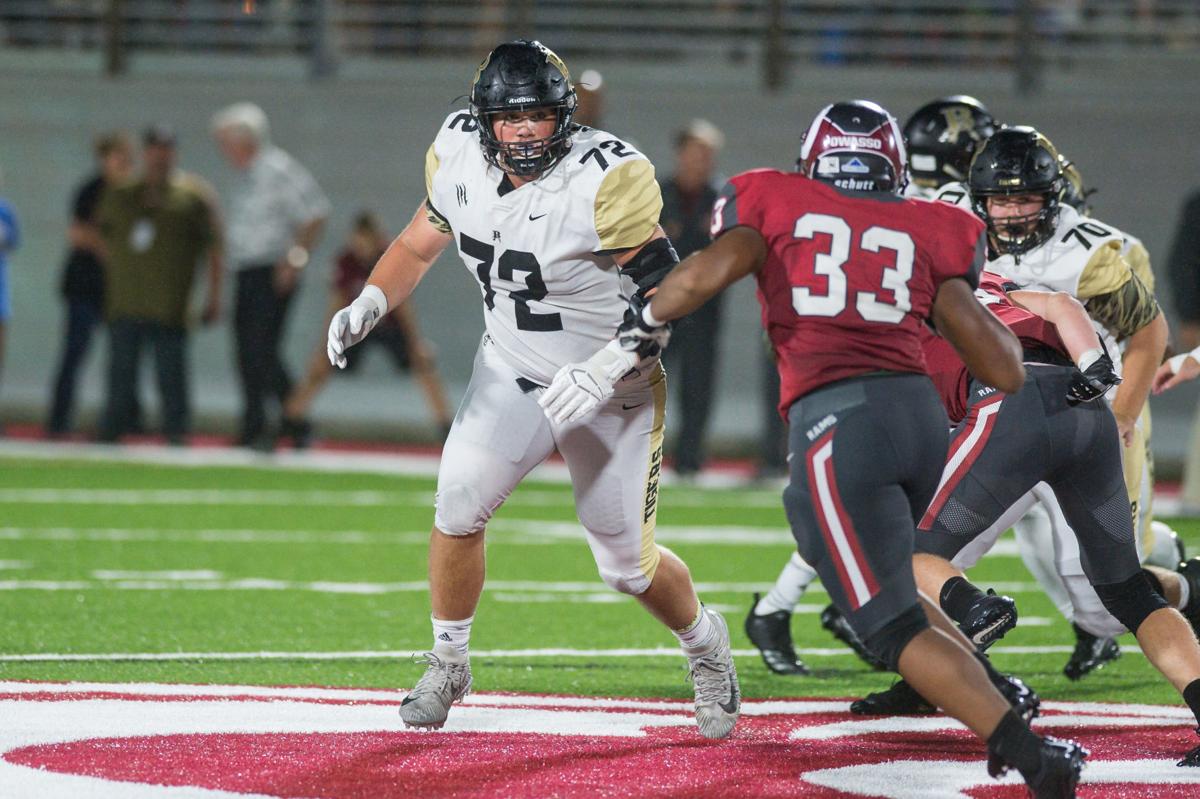 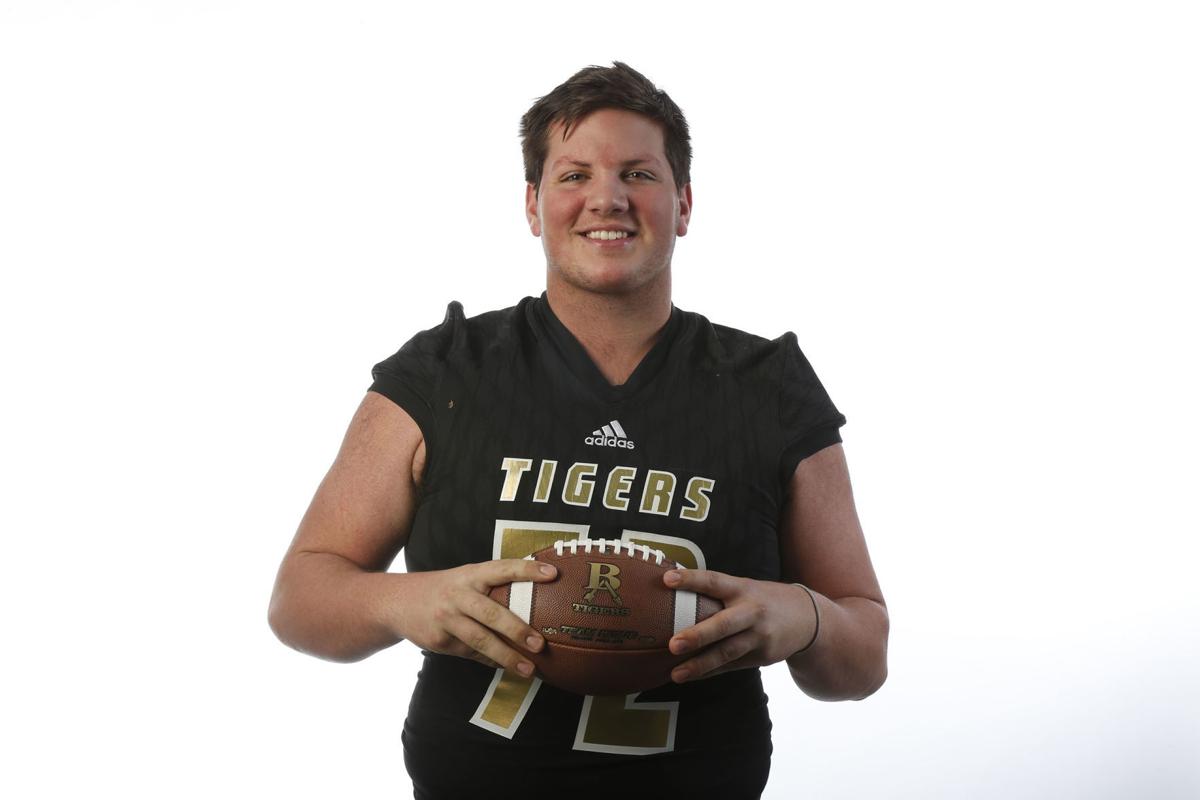 Andrew Raym was on a boat, casting for catfish with his younger brother and a few friends just off the quiet family farm near Lake Eucha when the decision became clear.

The Broken Arrow star and No. 1 football recruit in the state of Oklahoma for the class of 2020 finally was sure of where he would be playing his college football, and he knew the person he wanted to tell first. As the boys reached the shore, Raym sought out his father, Gerald.

“Dad,” the four-star recruit told his father outside the farm’s barn, “I’m going to OU.”

A few days later, with weights clanging and music blasting, the calm peace of Lake Eucha felt worlds away in the sprawling practice facility at Broken Arrow, and Raym felt like a celebrity.

Less than 24 hours earlier, the nation’s No. 55 recruit, according to ESPN, verbally committed to play for the Sooners next fall over Georgia and Michigan, and his phone had been blowing up with texts and calls from people at home in Broken Arrow, in Norman and all over the country ever since.

The dream, the one the Rayms wished upon for much of Andrew’s life, had been realized.

From the outside looking in, the 6-foot-4, 285-pound lineman would have seemed destined for Norman all along. Raym grew up in an OU family. As a kid, he always wore Sooners gear.

The Raym family went to games in Norman, and Andrew left dreaming of playing at Memorial Stadium. On picture day at school, Raym wore OU crimson and cream.

In November 2017, it looked like it was all happening when he committed to OU as a sophomore. But Raym backed out and reopened his recruitment the following spring.

This time, he said, his commitment is for good. Like he was always supposed to, Raym is going to be a Sooner.

The outcome may have appeared like a foregone conclusion, but the journey to this point was far less simple.

“I tried so hard to see if another school could pull me in their direction,” he told his family. “At the end of the day, I always came back to OU.”

Raym’s ascension to one of the top offensive line recruits in the country began at Broken Arrow in 2016. Head coach David Alexander and offensive line coach Rowdy Harper saw the athlete they had on their hands and called the burly lineman up to varsity as a freshman. Together, Alexander, who spent 11 seasons in the NFL as a center and guard, and Harper, a former tackle at Houston, began molding Raym into a potential future NFL talent.

Raym started every game that fall, and by the end of his freshman year, college programs around the country began to take notice of his ability. That’s when OU came into the picture.

Immediately, Andrew and his family were enamored by Bob Stoops. The legendary coach came to visit them in Broken Arrow and raved about Andrew’s talent. Later, he invited the family to the Bedlam game against Oklahoma State, and they met offensive line coach Bill Bedenbaugh. He charmed them, too.

When Stoops retired abruptly in June 2017 — replaced by Lincoln Riley, who was then just 33 years old — nothing changed.

Even under Riley, the love OU had shown Raymn remained unchanged. The continued attention the Sooners displayed and the connection Raym felt to the program are what made it so crushing when he walked into the coach’s office to decommit in the spring of 2018.

When Raym first committed to OU, he was young, inexperienced and held few of the robust NCAA Division-I football offers he would soon possess. The decision, at the time, just made sense. But by his sophomore and junior years, other big-time programs started showing an interest in him, yet his pledge to the Sooners made coaches reluctant to waste a visit on him.

Curious to see what other programs had to offer and wanting to know that he had made the right choice, Raym decided he had to take a step back and decommit. To his surprise, Riley and his staff understood the predicament and remained supportive. They encouraged Raym to go have a look at schools around the country, but told him that in the end they were confident he would be a Sooner.

“They took it so great,” Raym said. “Not one time did I doubt their commitment and loyalty to me. They kept talking to me and kept loving on me the whole time.

“That showed me that I could trust them.”

Once Raym was no longer committed to OU, offers from Alabama, LSU, Notre Dame and Texas, among other top programs, flooded in. Coaches traveled to Broken Arrow to meet with him and watch him play. Alexander did his best to serve as a buffer, but the Tigers coach could only do so much.

At one point, Raym had to start leaving his phone in his truck during school. When he would return at the end of the day, there would be 400-plus texts waiting for him from recruiters.

“It was all a real shock to his system,” Alexander said.

Of all the schools to express interest in Raym, it was Georgia and Michigan who emerged as the greatest challengers to OU. In Athens, Georgia, Raym felt at home with the other offensive linemen and captivated by Georgia offensive line coach Sam Pittman.

At Michigan, Raym found himself impressed with the nutrition and sports science programs the team provides.

Both schools made powerful impressions, and Georgia finished as a close runner-up. But in the end neither could top the pull Raym felt to the Sooners.

In Norman, he felt comfort and a connection. It started with Stoops and Bedenbaugh, and when Riley took over, it continued with him. When Raym walked into the team facilities, he always felt like he belonged, like he was family.

Oklahoma’s message to him was always the same — you’re our guy for the class of 2020 and we want to build around you.

That message resonated. So with the bulk of his high school courses completed, he plans to put pen to paper with OU during December’s early signing period and enroll early, in order to join the team in January.

What was always the dream for Raym is now the reality. He is a Sooner once and for all.

OU football: Isaiah Thomas developing into impact player, says he is 'built for this moment'

Thomas, a Memorial High School graduate, will play a big role moving forward on the defensive line. And after two years of limited playing time, it appears he’s ready for the challenge.

Will the off week allow COVID numbers to reset? What is the status of Jadon Haselwood and suspended players? And players who missed the opener appear ready for game week.

OU football: Will Oklahoma's road opener at Iowa State be in the morning or under the lights?

The Big 12 Conference announced start times for its Oct. 3 panel of games on Monday morning, but hasn't determined when OU-Iowa State will start.

for the Tulsa World, file