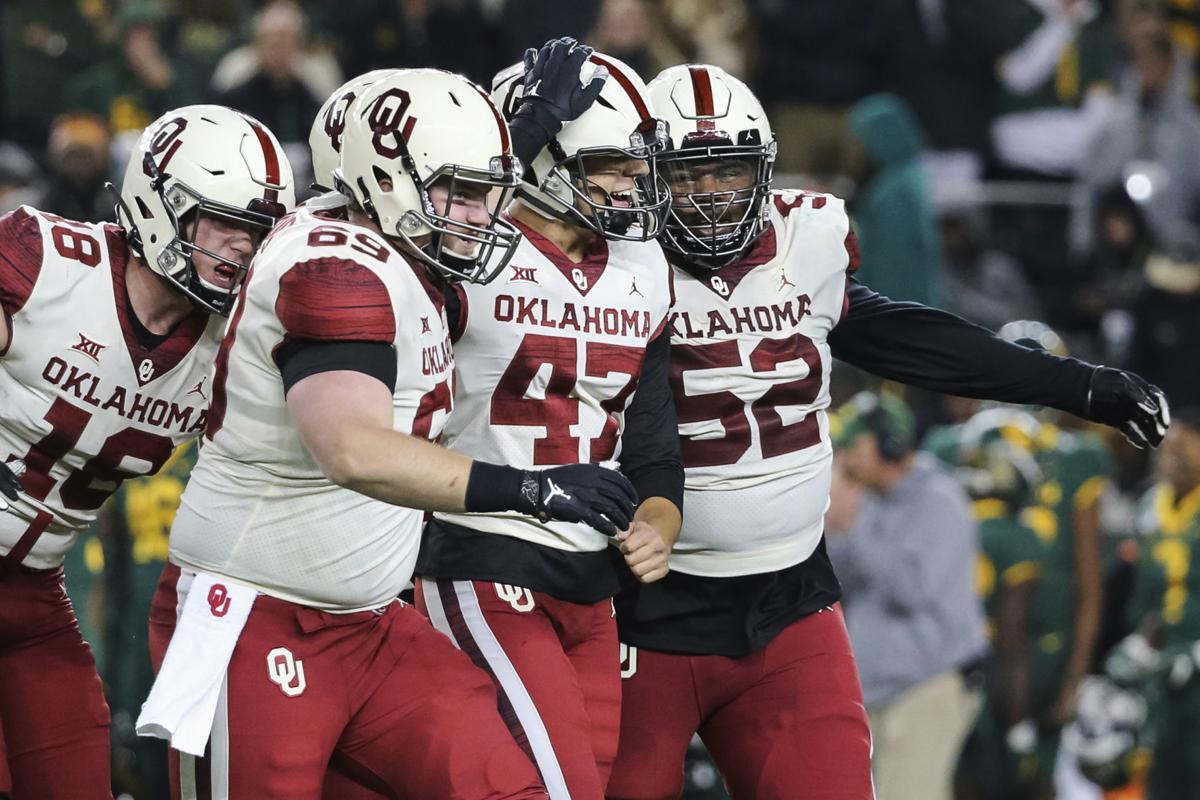 Sooners football players will “want to go to places that have opened up” and “do things together,” OU athletic director Joe Castiglione said. AP file 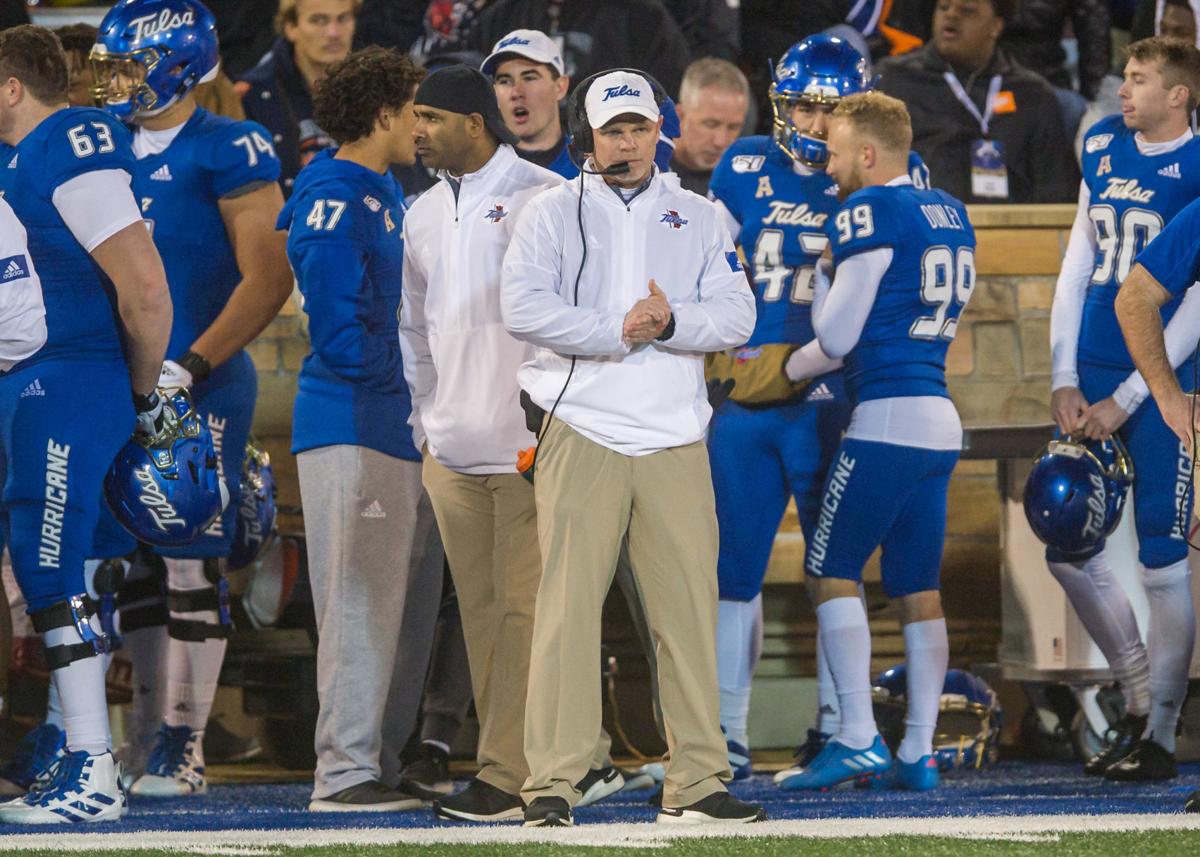 Tulsa head coach Philip Montgomery (center), discussing the challenges of keeping his players safe during the pandemic said, “We started talking in January that we really want to become an even more unselfish type team. This is really going to put it to the test.” BRETT ROJO/for the Tulsa World, file 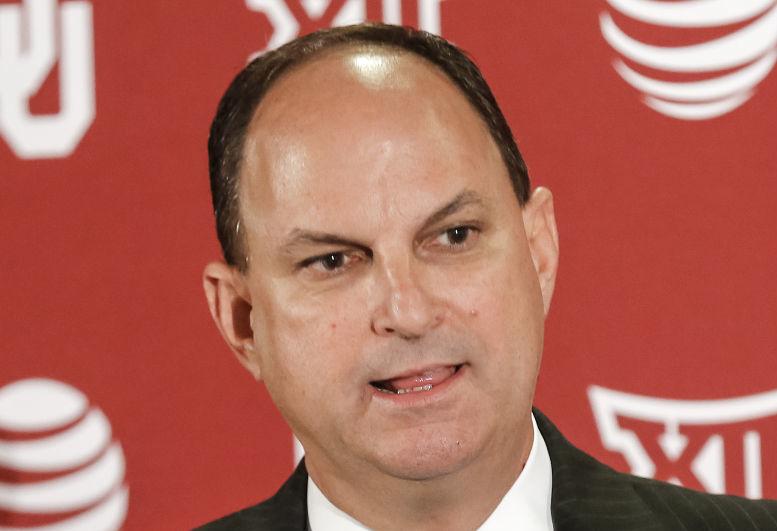 Sooners football players will “want to go to places that have opened up” and “do things together,” OU athletic director Joe Castiglione said. AP file

Tulsa head coach Philip Montgomery (center), discussing the challenges of keeping his players safe during the pandemic said, “We started talking in January that we really want to become an even more unselfish type team. This is really going to put it to the test.” BRETT ROJO/for the Tulsa World, file

What are: College towns that would love to host college football games this fall?

What are: College towns with bars or hangouts that have recently experienced outbreaks or protocol violations related to COVID-19.

And that brings us to the challenge of hosting those games.

College athletes return to campus for workouts after being stuck at home for three months. They are isolated while undergoing initial coronavirus testing, then start working out after being cleared to do so.

The athletes are also 18 to 22 years old. And if there is one thing 18-to-22-year-olds love to do more than play ball, it’s to socialize.

Where do they go to socialize? Bars or hangouts.

People tend not to stay 6 feet apart at bars or hangouts. They tend not to wear masks. They are there to cut loose, not tighten up.

The problem? You can easily catch the coronavirus cutting loose these days, if even you are young, strong and generally healthy.

And if you catch the virus, it’s pretty easy to spread it after you return to the bubble your university has built for workouts.

Several Kansas State Wildcats recently tested positive after a weekend during which, K-State athletic director Gene Taylor told the Wichita Eagle, players gathered for a video game get-together and a lake outing. The Wildcats paused workouts for two weeks as a result.

They are holding their breath that this doesn’t happen in Austin, Lubbock, Lawrence or East Lansing, where outbreaks or virus-related issues have occurred in bars or restaurants.

They should be holding their breath in Norman, Stillwater and at 11th and Harvard here in Tulsa. Outbreaks haven’t necessarily occurred in bars or hangouts visited by those players, but Oklahoma, Oklahoma State and Tulsa have all reported positive COVID-19 test results.

And you start to worry about making it to the first scheduled football weekend.

“Obviously, you’re concerned,” TU coach Philip Montgomery said. “You want to make sure you keep your guys safe and healthy. You’re trying to do everything you can to facilitate that part of it. Campus is going to be our little bubble. Try to stay on campus.

“Order food, DoorDash, do those things. You can eat on campus. From a grocery standpoint, we gave them links so they can get online and order groceries and then pull up and have them put them in your car or have them delivered.”

Universities are maxing out to make the situation as safe as possible, to minimize contact with people and places outside their bubbles. It is such a task, though.

That’s the appeal coaches make to their players upon their return. All it takes is one careless decision and suddenly the whole program is at risk.

“We started talking in January that we really want to become an even more unselfish type team,” Montgomery said. “This is really going to put it to the test.”

Like never before. And not just when it comes to football in the fall.

“We can just be honest,” OSU basketball coach Mike Boynton said. “Many times when we were 18 or 19 years old, the moment we were told we couldn’t do something, we were going to try to figure out how we actually could. That’s not different now. Kids take chances.

“What we have to do is help them understand the severity and the risk not only for them, but for other people that they may encounter. What we need to be clear about is the virus is still very active and it is still very dangerous. If you don’t have the proper immune system or you’re not in the best shape, whatever the reasons are, you may suffer grave consequences from it. We’re constantly reminding them hygiene is important.

“And it is not the time to go out to the bars and party.”

That message booms out to players all over the country as their programs reopen across campuses. The problem is where there’s a campus, even in the middle of a pandemic summer, there’s a bar or a party.

What was it California Gov. Gavin Newsom said the other day as COVID-19 cases among younger demographics in his state erupted?

“There is a sense that a lot of young people are, well, you’re young and so you feel a little bit more invincible. But, respectfully, often that can be a selfish mindset.”

College athletes are about to become a test case for invincibility and selfishness, particularly those bursting the bubble so they can head to the party.