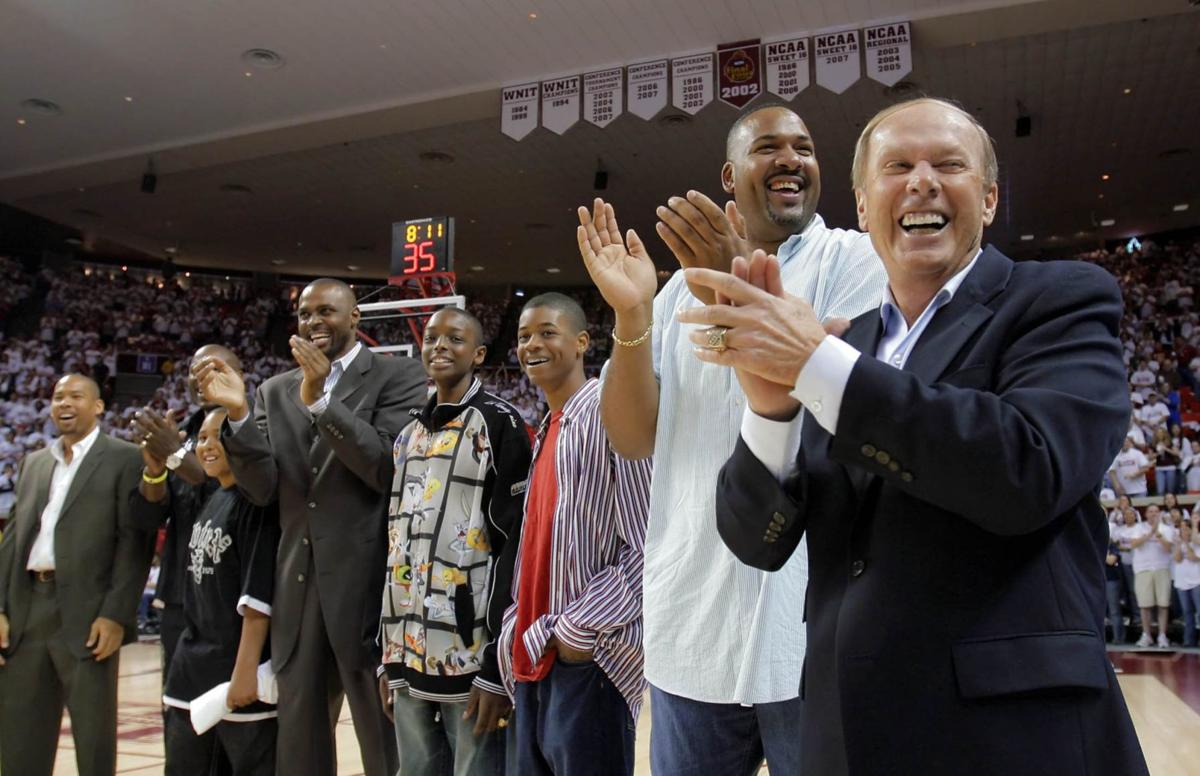 Former OU head coach Billy Tubbs (right) and player Stacey King stand with other team members and their families as the 1988 national runner-up team is honored during halftime ceremonies of the game against Texas A&M in Norman on March 1, 2008. 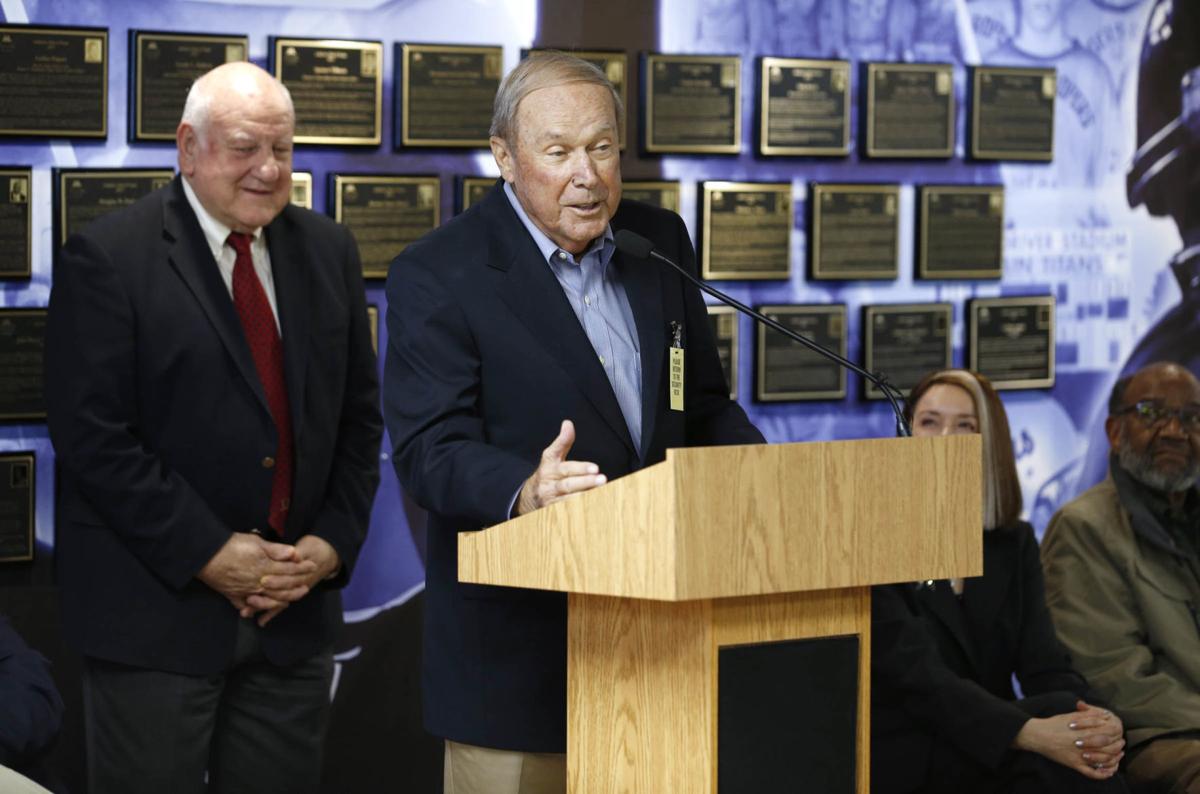 From 2012: Norm Stewart and Billy Tubbs look back at one of Tubbs' most famous moments

From 2017: Bill Haisten: Before he became a basketball man, Billy Tubbs was a basketball kid in downtown Tulsa

Billy Tubbs, the former University of Oklahoma basketball coach who led the Sooners to 333 victories and the 1988 NCAA Tournament finals, died Sunday. He was 85.

According to longtime friend and associate Mike Mims, Tubbs passed away at 3:30 a.m. while in hospice care in north Texas.

As the Sooners’ coach from 1980-94, Tubbs drove the Sooners to four Big Eight titles and nine NCAA Tournament appearances. After having coached Wayman Tisdale at Booker T. Washington, Mims joined the OU staff and worked as a Tubbs assistant for 12 years.

When Mims moved to OU, so did Tisdale. As Tubbs’ greatest player, Tisdale in 1982-85 was a three-time All-American who today remains the program’s career leader in scoring and rebounds.

Mims got confirmation of Tubbs’ death from Tommy Tubbs, who played basketball for his father at OU and now resides in the Oklahoma City area.

A St. Louis native who spent most of his childhood in Tulsa, Billy Tubbs is survived by survived by Pat Tubbs, his wife of 62 years; by daughter Taylor McDaniel and by Tommy Tubbs.

Until only a few months ago, the 85-year-old Tubbs was playing golf on a weekly basis. The nature of his recent health issue is not known. The Tubbs family hasn’t yet announced the details of a memorial service, Mims said.

Tubbs was known for his colorful personality, quick wit and verbal battles with game officials. He was known also for great offensive basketball. The 1987-88 Sooners averaged 102.9 points per game but were upset by Kansas in the national championship game.

As a teen, Tubbs was an outstanding basketball player at Tulsa’s Central High School. After playing for two seasons at Lon Morris College in Jacksonville, Texas, he transferred to Lamar University in Beaumont, Texas.

Within a few days in 1980, Tubbs coached Lamar to an NCAA Sweet Sixteen appearance and was hired at OU.

Demetrius Hunter is a four-star prospect and considered the second-best center nationally according to Rivals.

Joe Castiglione made the announcement in a letter to season ticket holders and donors on Friday. OU plans to increase stadium attendance to full capacity following a 25% cap in 2020.

The Bedlam rivals will meet at 8 p.m. Monday in Stillwater. OSU defeated OU 94-90 in overtime in Saturday's first matchup.

Bill Haisten: As OSU contends with motivated Sooner Austin Reaves, this should be really good

In this Bedlam rematch, there will be no more motivated player than OU senior Austin Reaves.

Guerin-teed it was quite a week: A college QB ranking with Baker Mayfield over Tim Tebow and Mason Rudolph over Brandon Weeden? Hmm...

If we're measuring QBs by records, trophies and titles, Tebow and Weeden have a case over Bedlam combatants Mayfield and Rudolph

The No. 16 Sooners (14-8, 9-7 Big 12) have now lost three straight games for the first time this season. How the team responds to foreign territory will be important with one regular-season game against Texas remaining on Thursday night before postseason play begins.

Oklahoma will limp into the postseason following a fourth consecutive loss on Thursday night.

Sharp-eyed viewers may have noticed that each OU basketball player had a green shoelace in Saturday's home Bedlam game.

Former OU head coach Billy Tubbs (right) and player Stacey King stand with other team members and their families as the 1988 national runner-up team is honored during halftime ceremonies of the game against Texas A&M in Norman on March 1, 2008.