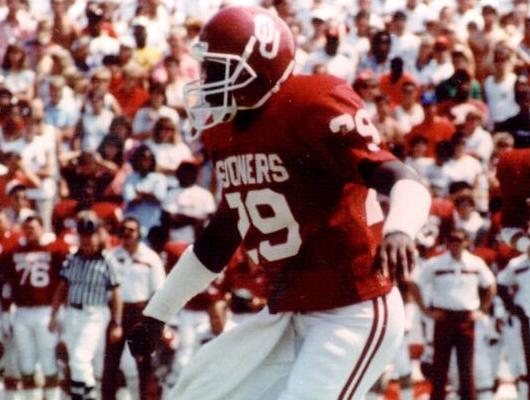 One of the best defensive backs in OU history, Rickey Dixon was a consensus All-American in 1987. Former Sooner coach Barry Switzer reports that Dixon died on Saturday at the age of 53. The Oklahoman, file 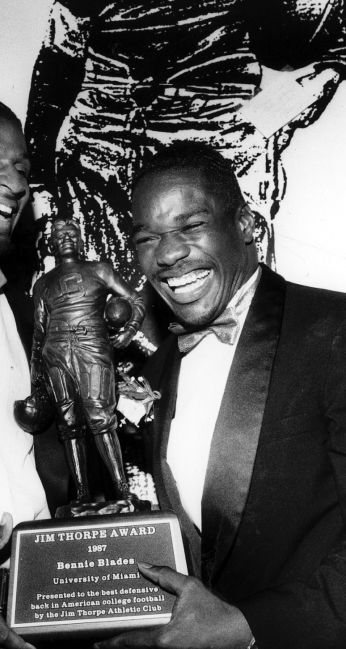 In this image taken from a Topps trading card, former OU All-American Rickey Dixon is shown during his NFL career with the Cincinnati Bengals.

One of the best defensive backs in OU history, Rickey Dixon was a consensus All-American in 1987. Former Sooner coach Barry Switzer reports that Dixon died on Saturday at the age of 53. The Oklahoman, file

In this image taken from a Topps trading card, former OU All-American Rickey Dixon is shown during his NFL career with the Cincinnati Bengals.

In 2013, Dixon was diagnosed as having ALS (amyotrophic lateral sclerosis, or more commonly known as Lou Gehrig’s disease). For the Sooners in 1987, Dixon was an All-American safety and the winner of the Jim Thorpe Award, given annually to college football’s best defensive back.

“He died in his home in DeSoto, Texas, with his family around him,” Switzer announced on Twitter. “He was one of the greatest players ever (for) the Sooners.”

The most famous of Dixon’s OU performances occurred in 1987, as the then-No. 2-ranked Sooners played at top-ranked Nebraska. In a contest dubbed “Game of the Century II,” he had two interceptions as OU prevailed 17-7 and remained undefeated at 11-0.

In 1987, Dixon had a program-record, single-season record total of nine interceptions. His career total of 17 ranks second behind the program record of 18, set in 1946-49 by Darrell Royal.

“For Rickey, just the opportunity to play beyond high school was big,” Dixon’s wife Lorraine told the Tulsa World last year. “No one recruited him except OU. Coach Switzer took the risk of bringing him in (from Wilmer-Hutchins High School in the Dallas area).”

Defensive tackle Tony Casillas and Dixon were teammates when the 1985 Sooners won the national championship.

“I feel guilty because I didn’t see (Dixon) enough, but the last time I did see him was when he was recognized for getting inducted into the College Football Hall of Fame,” Casillas told the Tulsa World. “He lives in south Dallas. I spent some time with him and he still had that smile and the will to live. Although (ALS) took everything out of his body – his ability to move and all his motor skills – he still had that smile.

“You think the news is going to come someday, but until you hear it and they’re gone, that’s when you realize that they are no longer here. They all want to say that you are in a better place, and I think he is because ALS is just an ungodly, horrible disease.”

Dixon is one of three Sooners to have been the Thorpe Award recipient. Safety Roy Williams was the winner in 2001 and cornerback Derrick Strait got the trophy in 2003.

In the 1988 NFL draft, Dixon was the taken by the Cincinnati Bengals with the fifth pick overall. He spent five seasons with the Bengals and one with the Los Angeles Raiders.

In 2019, Dixon became the fifth member of the 1985 OU team to have been inducted into the College Football Hall of Fame. He joined Switzer, tight end Keith Jackson, Casillas and linebacker Brian Bosworth.

“When (Dixon) was able to accomplish that, I think he knew he was good,” Casillas said. “It was something that he probably wanted to accomplish – (as in), ‘OK, I can go home now. I can rest in peace and feel good about it. It’s time to go home.’ ”