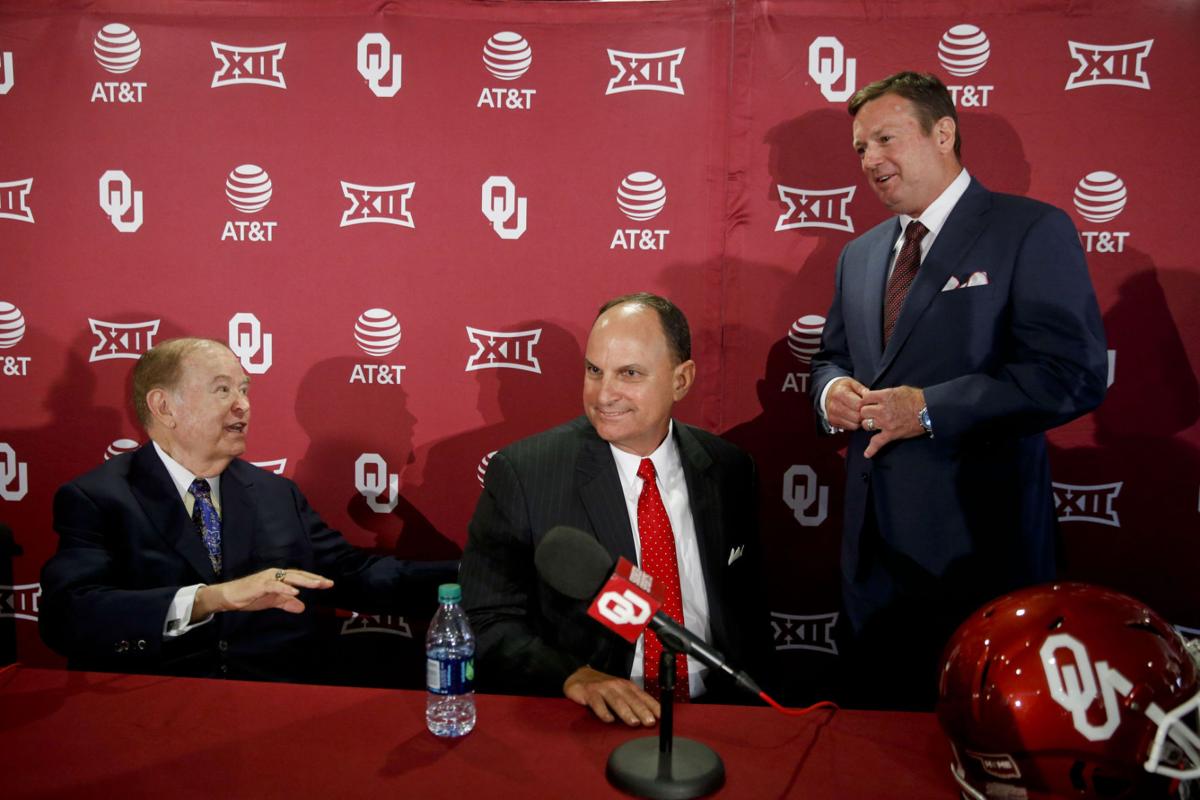 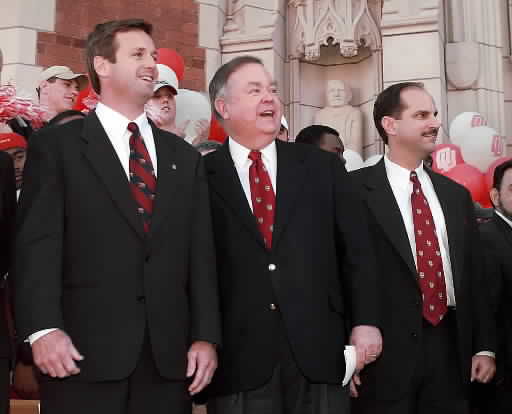 NORMAN — When time expired on the 1998 Oklahoma season, it marked the end of an ugly 10-year period of Sooner football.

Subsequent to the 1989 forced resignation of Barry Switzer, the Sooner program devolved first to uninspiring (a 44-23-2 record during Gary Gibbs’ six seasons) and then to mediocre (5-5-1 during the Howard Schnellenberger season) and ultimately to dismal (12-22 during three John Blake years).

No one could have known it on Dec. 1, 1998, the date on which he was introduced as the new OU head coach, but Bob Stoops was the perfect man for that moment.

His abrupt retirement on Wednesday, at the age of 56, is jarring for fans whose self-esteem was damaged during the ’90s but fully restored during Stoops’ 18-season run that included the 2000 national title, 10 Big 12 championships, 190 victories and Heisman Trophy distinction for Jason White and Sam Bradford.

Before Stoops, there were empty seats.

With Stoops, there were 110 consecutive home sellouts.

While several adjectives might effectively define Stoops as a coach, one seems especially appropriate: energetic.

After his hiring, there was no easing into the Sooner job. Stoops attacked it with a ferocity that resulted in an immediate culture change.

“That was my style,” he said on Wednesday.

As OU’s media relations director in 2001-11, Kenny Mossman worked closely with Stoops. Mossman recalls having been stunned by the coach’s relentless drive.

“It took some getting used to,” said Mossman, who now is an OU senior associate athletic director. “On my first day on the job, (former Tulsa World sports columnist) Dave Sittler asked me, ‘Do you realize what you’ve gotten yourself into?’ I quickly found out that I had no clue whatsoever. That energy was tangible.

“I just felt like Bob was the most mono-focused person I’d ever known. When you’re that focused on a goal, you’ve got a lot of energy to channel.”

The 1999 offseason became legendary because Stoops’ strength-and-conditioning coach, Jerry Schmidt, demanded far more from OU players than had been required during the Blake years.

By the end of the 1999 spring practice, everyone on the roster was a better, stronger football athlete than had been the case before Stoops arrived.

“(Schmidt) brought a level of expectation and a work ethic that we hadn’t had,” Stoops said. “We needed it. Some guys (thrived). Others didn’t. It helped shape us.”

After having been a dynamic defensive coordinator at Kansas State and Florida, Stoops brought to Norman a swagger that had been missing since Switzer was on the Sooner sideline.

After the Wednesday news conference, while reminiscing with a few print reporters, Stoops recounted some of his favorite games. Among them was the 1999 Texas A&M contest — OU’s homecoming game that season, and a triumph remembered by Stoops as having been a Sooner statement.

Blake’s teams had been 0-for-3 against the Aggies. There was a 33-16 defeat at College Station, a 51-7 embarrassment in Norman and a 29-0 setback in College Station.

When A&M visited Oklahoma in 1999, the defending Big 12 champion Aggies were ranked No. 13 nationally. The underdog and unranked Sooners entered with back-to-back losses against Notre Dame and Texas.

Against A&M, OU rolled to a 27-0 lead. The Sooners converted on two trick plays — one from punt formation and another from field-goal formation. Josh Heupel passed for 372 yards. Oklahoma was a 51-6 winner.

“(The Aggies) had been beating the heck out of us for a good number of years,” Stoops recalled. “We kicked the heck out of them in that first year. Those ’99 kids really did a great job of opening their arms to us.”

Because Stoops seems to be among the more competitive people on the planet, he’ll probably always be sickened by the memory of national-championship losses at the end of the 2003, 2004 and 2008 seasons. His position in Sooner history is secure, though.

When he moved to Oklahoma in 1998, Stoops forged a championship identity into a program than had been depressed. He was aware of the Wilkinson dynasty and the Switzer dynasty, and then he created his own.

For as long as football is played, there will be references to OU’s Big Three: Bud, Barry and Bob.

When Stoops was introduced as Oklahoma’s head coach in December 1998, the legendary Barry Switzer was at his side. Eighteen seasons later, after Stoops gained his own iconic status as an OU football coach, the coach turned the program over to the 33-year-old wunderkind seated next to him.