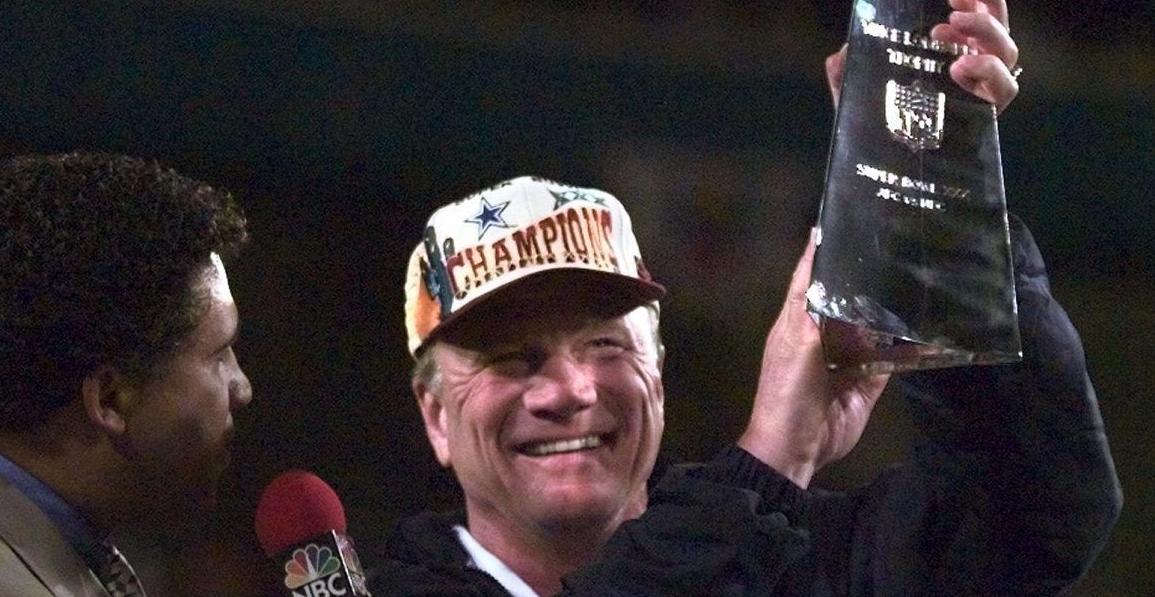 Twenty-four years ago this week, Barry Switzer celebrated a Super Bowl championship as coach of the Dallas Cowboys. AP file 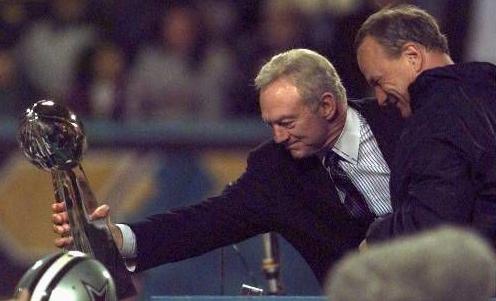 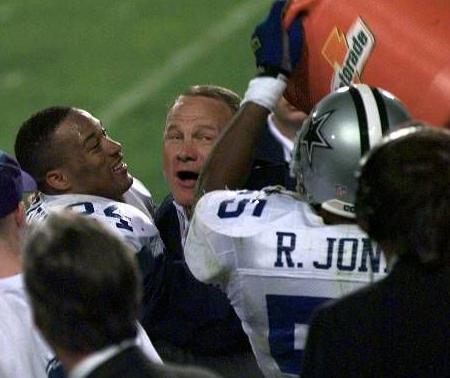 Twenty-four years ago this week, Barry Switzer celebrated a Super Bowl championship as coach of the Dallas Cowboys. AP file

In that the Super Bowl is the pinnacle event in football, a victory in that game typically would be considered the zenith for any coach or player.

Here’s how it would be defined for Barry Switzer: satisfying and a great response to the critics who bashed him at every turn, but apparently not the absolute No. 1 moment in a coaching career defined mostly by his 16-year run of winning at Oklahoma.

“I’ve never been asked that question before,” he replied.

After a pause, Switzer first made reference to 1976 and 1980 dramatic, Sooner Magic wins at Nebraska.

“Those comebacks were pretty good,” he said. “My most memorable game might have been my first Texas game (in 1973, as OU’s new head coach). We hung half-a-hundred on them at the Cotton Bowl.”

Actually, it was half-a-hundred plus two — a 52-13 crushing of the Longhorns.

After the 1997 season — his fourth and final NFL season — Switzer cut ties with the Cowboys. Because his heart was still in Oklahoma, he fairly immediately moved back to Norman.

In Dallas during the ’90s, there were two options: win the Super Bowl or explain why you didn’t and take the heat. After Switzer won his Super Bowl, he acknowledges now, he was tempted to retire for good.

“Yeah, I thought about it,” Switzer said, “but (Larry) Lacewell and Jerry Jones talked me into staying.

“You can’t do any better than the Super Bowl. We should have won two Super Bowls, really, but we screwed up in San Francisco the year before (in an NFC Championship loss to the 49ers).”

Lacewell had been a Switzer assistant at OU. In 1992-2004, he was Dallas’ director of college and pro scouting. When Switzer was a Cowboy, Lacewell was his confidant.

It’s still at the highest level of improbability that Switzer’s Dallas predecessor was Jimmy Johnson, who in 1970-72 had been Switzer’s co-worker at OU. In 1979-83, Johnson had been Switzer’s Bedlam rival. In 1985-87, Switzer’s Sooners were 33-3. All three losses were dealt by the Johnson-coached Miami Hurricanes.

In 1989-93, Johnson elevated Dallas from a 1-15 laughingstock to a two-time Super Bowl champion. Because he inherited an amazing Cowboys roster, Switzer will never get the credit that most championship coaches command.

A lot of coaches have botched a good thing, though, and Switzer was the right man at that time in Cowboys history.

During the turbulent 1995 Dallas season, there were reports that Switzer and his former Sooners quarterback, Troy Aikman, weren’t always on the best of terms. After getting his third championship with the Cowboys, however, Aikman saluted Switzer.

“There are a lot of coaches who’ve been in football a long time who haven’t accomplished what he has in two years,” Aikman said.

With two interceptions, Brown was the Super Bowl MVP. He also was involved in the obligatory Gatorade soaking of Switzer, who after toweling off shared the postgame stage with his boss, Cowboys owner Jerry Jones.

NBC’s telecast was seen by 138 million viewers. At that time, it was the largest television audience of all time, and most of those viewers were still watching when Switzer used Greg Gumbel’s microphone to address Jones: “Are you having a good time now, Jerry? We did it our way, baby! We did it! We did it! We did it!”

Almost as a hobby, at the age of 56 and five years removed from having coached at the college level, Switzer accepted the challenge of sustaining the Dallas dynasty.

It’s irrelevant whether someone chooses to praise or credit Switzer for his Super Bowl. His NFL credentials speak for themselves.

In four seasons with the Cowboys, Switzer recorded five playoff wins. In 22 seasons since he left Dallas, the Cowboys have three playoff victories.