US trust in COVID-19 information down, poll finds; deadline looms for relief deal; and more

Bill Haisten: A unique viewing experience – OU-Texas on the ONEOK Field video board
Share this
{{featured_button_text}}
1 of 3 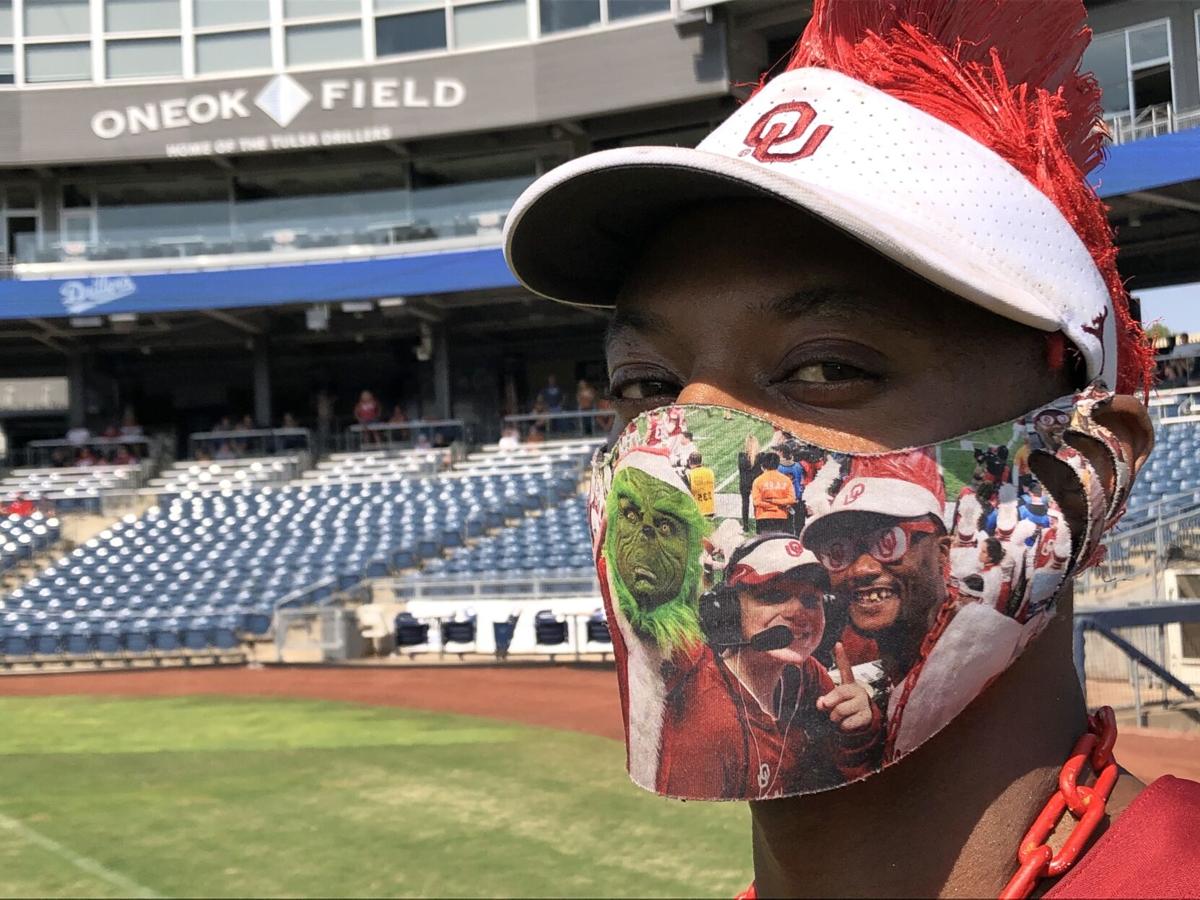 After working an early shift in a NORDAM warehouse on Saturday, Antonio Record was at ONEOK Field for the OU-Texas watch party. BILL HAISTEN/Tulsa World 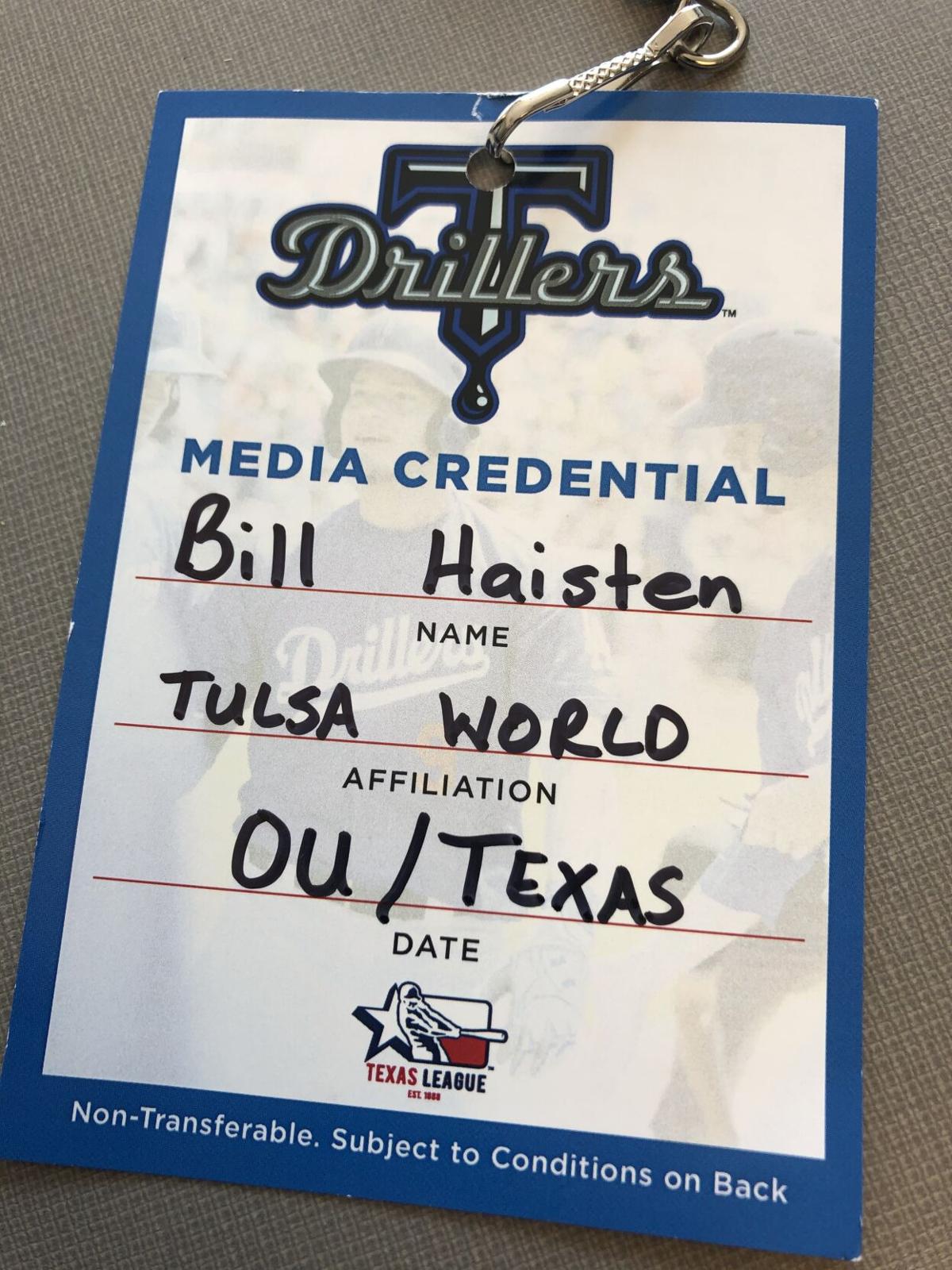 A souvenir from an interesting event: a media credential for the OU-Texas watch party at ONEOK Field. 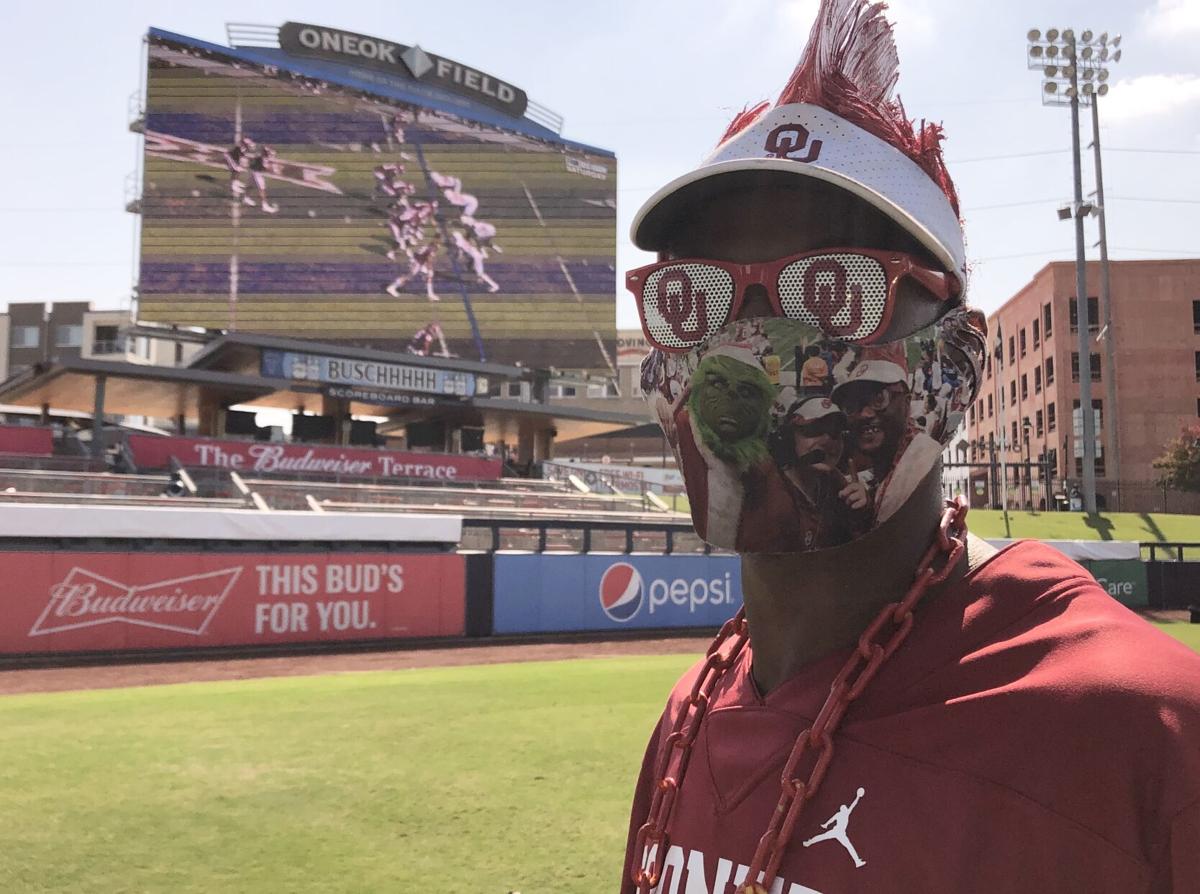 An OU-Texas football game at ONEOK Field in downtown Tulsa.

Actually, there was an OU-Texas watch party at ONEOK Field on Saturday. It will be remembered as having been a lightly attended event but a unique viewing experience.

After working an early shift in a NORDAM warehouse, Antonio Record raced to ONEOK Field and was in the ballpark before the 11 a.m. kickoff. The Fox telecast was presented on the less-than-a-year-old video board positioned just beyond the left-field wall.

The 42-year-old Record, who says his nickname is Mr. OU, found a seat in the shade along the first-base line and saw the Sooners prevail 53-45 in a four-overtime marathon at the Cotton Bowl in Dallas.

It was a messy classic with 21 penalties, 95 pass attempts, six turnovers and missed field goals from 33 and 31 yards, and it finally ended with a takeaway by the Oklahoma defense. In the end zone, there was an interception of a Sam Ehlinger pass by Sooner senior Tre Brown, a former Union star.

Record was dressed for the occasion. He wore a No. 1 OU jersey and an OU visor with a crimson Mohawk wig attached to it. He wore shorts, gym shoes and bracelets branded with the OU logo.

“I ride and die with the Sooners,” explained Record, a Tulsa native who attended high school in the Dallas area and returned to Tulsa five years ago. “The Mr. OU name started in Dallas. I probably own more OU outfits than most people in the world.

“Some people at work told me about this. They said, ‘Hey, you should go to ONEOK.’ So, here I am. I just wanted to be here. Beautiful day. This is very nice.”

There was no Texas League professional baseball this year. There were 18 Tulsa Drillers home games involving college baseball athletes and a few soccer games, but otherwise, the new ONEOK Field video board hasn’t gotten the volume of usage that it would in a typical year. At 31 feet by 67 feet, the technologically advanced board is a tremendous addition at the ballpark.

Not everyone who attended the Drillers-hosted OU-Texas party watched the game as intently as Mr. OU.

A young boy stood at second base and, with a baseball, had a session of long-toss with his mom. Four older guys played football catch in right field. Three young women occupied the infield, working on volleyball digs.

Concession stations were open, so there was for the Drillers a modest revenue opportunity. The Tulsa World selections included nachos, chicken tenders and, of course, a Snickers bar.

Record was relieved to have seen the Sooners defeat a major-college opponent for the first time since the 2019 Big 12 Championship triumph over Baylor.

“Those guys in the (OU) secondary – I’m taller than they are,” the 6-foot-2 Record said. “I’m giving (OU defensive coordinator) Alex Grinch three or four more years because he’s got to get his own players in there.

“I believe in Lincoln Riley. I love Spencer Rattler. Once Rattler learns more, when the offensive line gets its act together, when we start tackling again and then when we get past this coronavirus thing, we’ll be back where we belong.”

Guerin-teed it was quite a week: In praise of Rattler-to-Stogner

Overtime connection was buried by OU-Texas drama Oct. 10, but it shouldn't have been

Chris Murray (6-3, 297) transferred to Oklahoma earlier this season. He had made 24 consecutive starts for the Bruins, including all 12 games at guard in 2019.

Guerin-teed it was quite a week: Lincoln Riley got away with one

With his worst team and during the most unusual college football season ever, Lincoln Riley still found a way to beat Texas.

Barry Switzer and the Sooners perfected triple-option offense and, ultimately, would become more synonymous with the wishbone than any other program.

Social media erupted during two instances when it appeared Oklahoma could have put the game away.

After working an early shift in a NORDAM warehouse on Saturday, Antonio Record was at ONEOK Field for the OU-Texas watch party. BILL HAISTEN/Tulsa World

A souvenir from an interesting event: a media credential for the OU-Texas watch party at ONEOK Field.