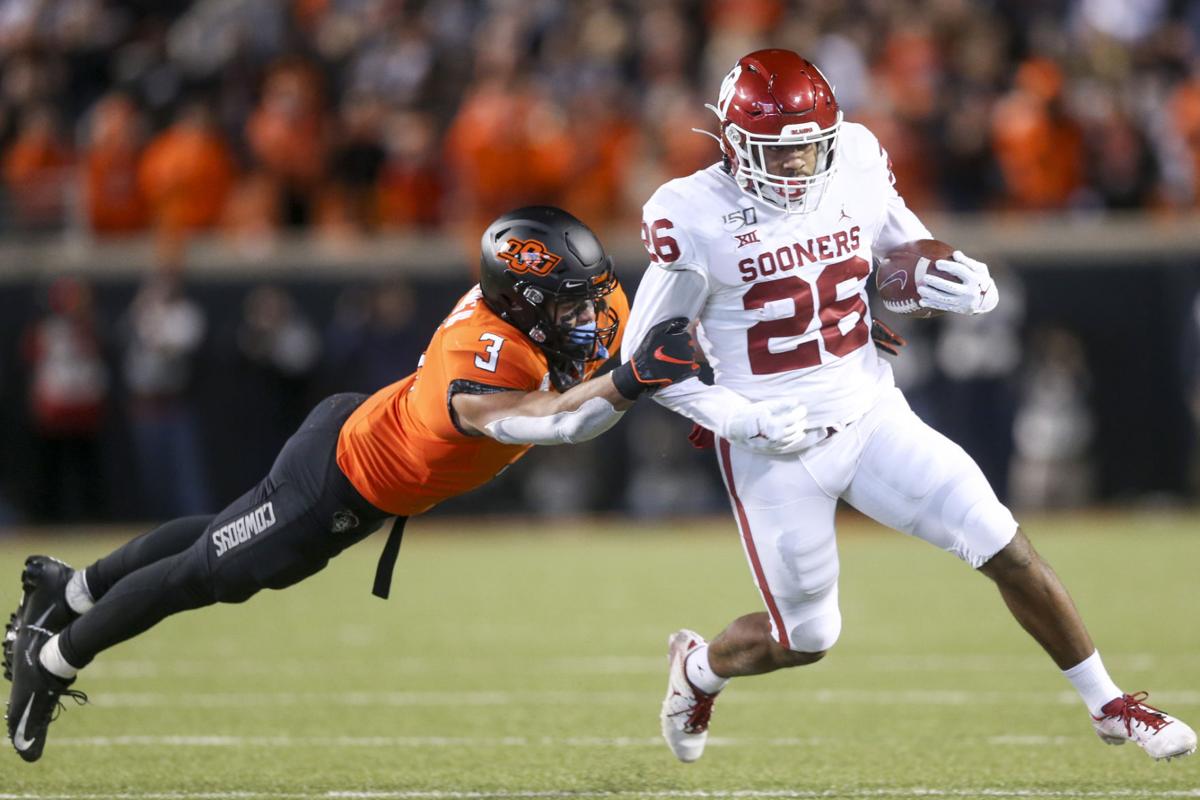 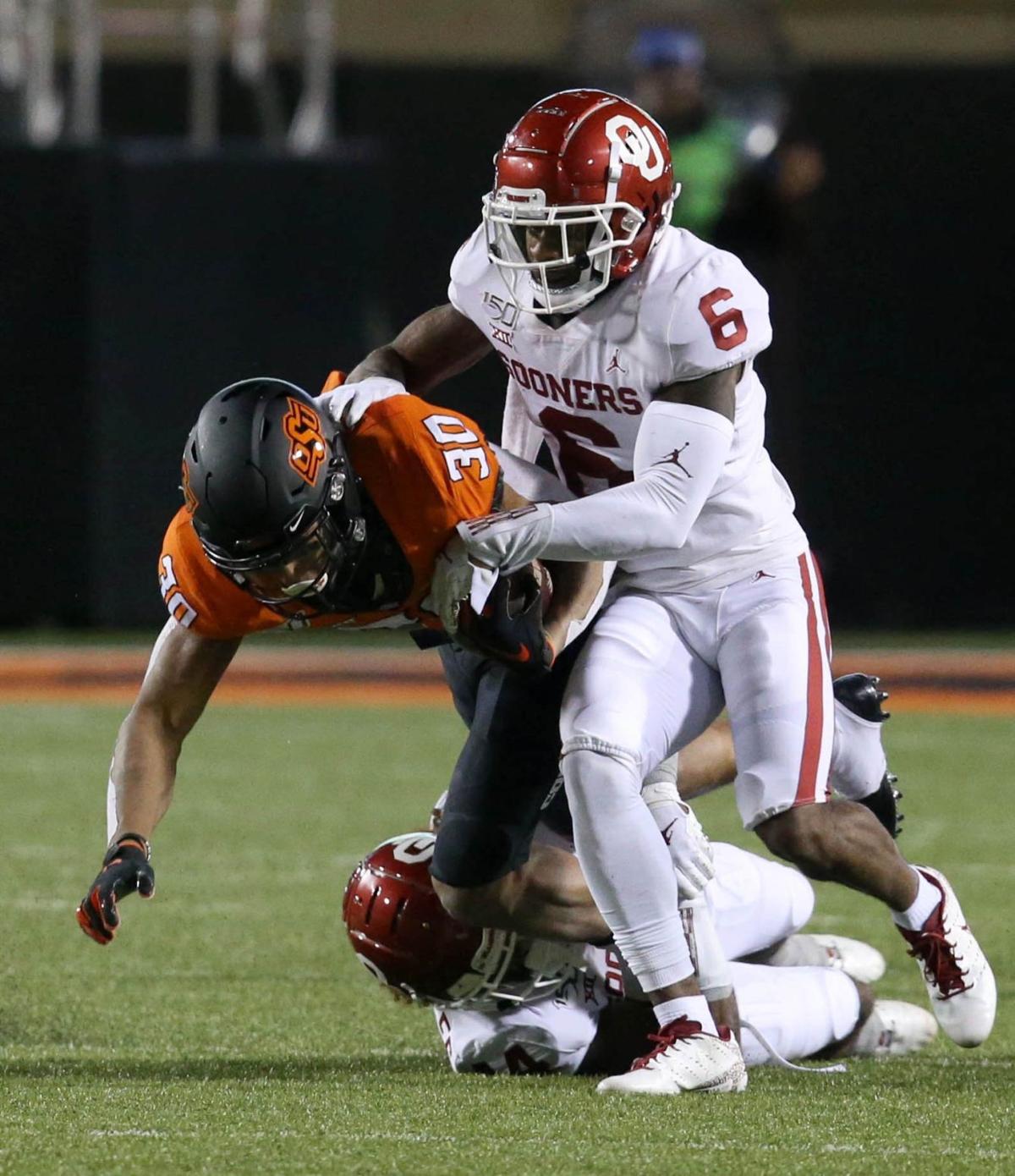 Can 2019 NCAA rushing champion Chuba Hubbard (left) lead Oklahoma State past Oklahoma and win the Big 12 title? The teams are scheduled to meet Oct. 24 in Norman.

Can 2019 NCAA rushing champion Chuba Hubbard (left) lead Oklahoma State past Oklahoma and win the Big 12 title? The teams are scheduled to meet Oct. 24 in Norman.

Could we finally see a Bedlam rematch in the Big 12 Championship game?

It could happen if preseason projections by the media come true in the 2020 football season.

Oklahoma is the preseason favorite to win the Big 12, and Oklahoma State was selected to finish second, according to a poll of 90 media voters who cover the 10-school league.

The top two finishers in the league standings will meet in the Big 12 Championship game, which is scheduled for Dec. 5 at AT&T Stadium in Arlington, Texas.

The Bedlam schools have a regular-season game scheduled for Oct. 24 in Norman.

Over the past decade, one of the in-state rivals has been projected to finish first in the Big 12 nine times. The only other time it was someone else was 2015, when TCU topped the media poll.

Oklahoma has won a Big 12-record five consecutive league titles. It is the third-longest championship stretch in school history behind a 14-year league run (1946-59) and a nine-year run (1972-80).

OU has played in and won all three Big 12 Championship games since it was reinstated in 2017.

Oklahoma State has never played in a Big 12 Championship game.

The Sooners have been the league’s preseason favorite in eight of the past 10 seasons. The only outliers were 2013 (OSU) and 2015 (TCU).

Oklahoma State has been voted among the top two teams in the league’s preseason poll in two of the past four seasons.

Since 2011, the Cowboys have been projected in the upper tier (top five schools) of the poll.

From Guerin Emig: Sam Ehlinger will likely be the Big 12 Preseason Offensive Player of the Year, scheduled to be announced this week, which is…

Could we finally see a Bedlam pairing in the Big 12 Championship game?