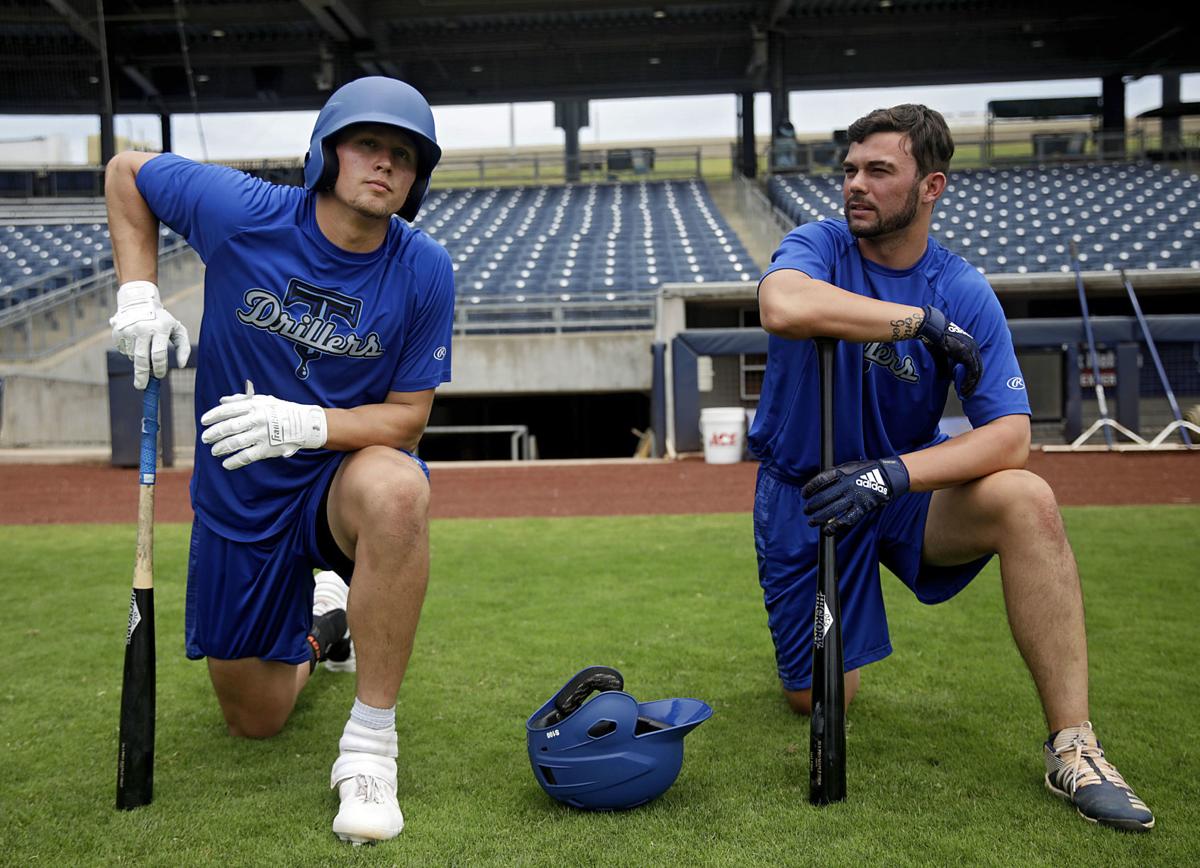 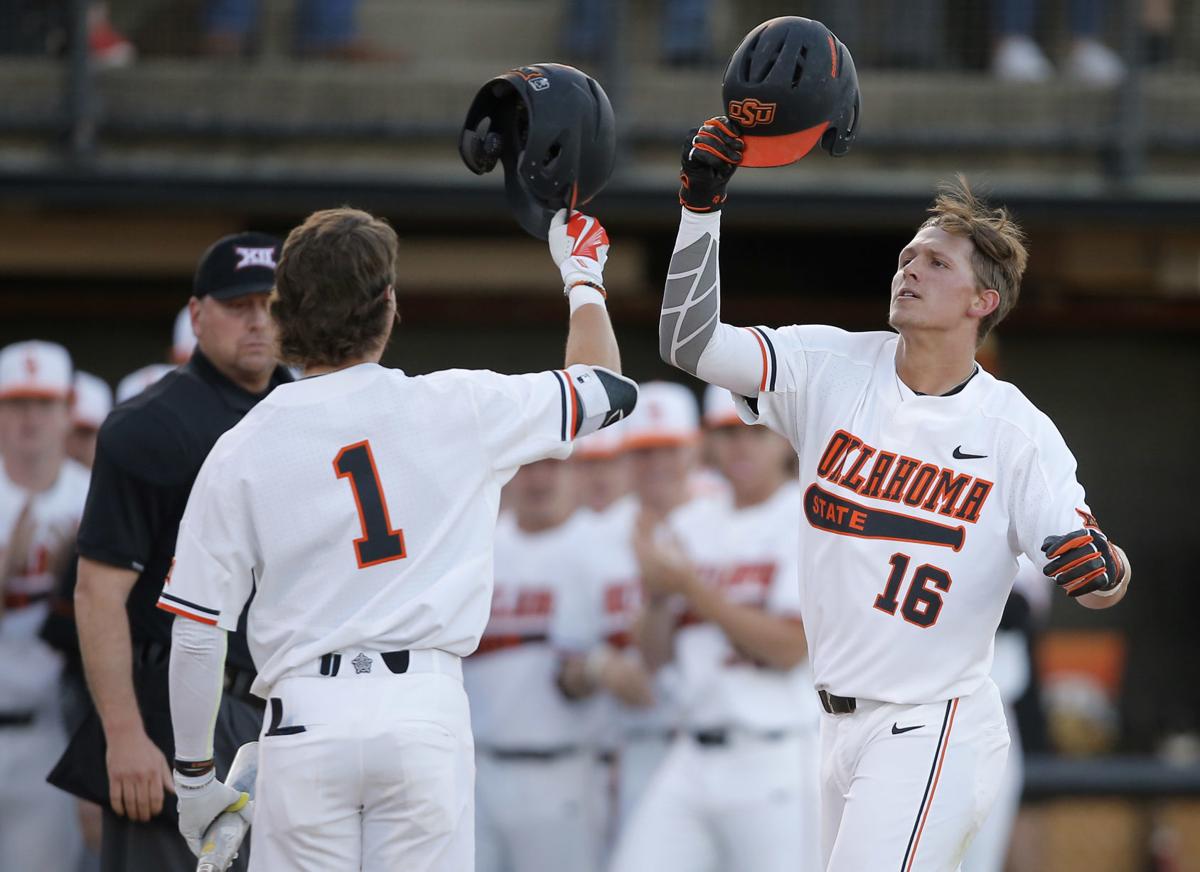 Oklahoma State's Cade Cabbiness (16) celebrates with Ryan Cash (1) after hitting a two-run home run in the second inning of a Bedlam baseball game against Oklahoma on April 27, 2018. They are reunited this summer with the Tulsa Drillers. BRYAN TERRY/The Oklahoman

Oklahoma State's Cade Cabbiness (16) celebrates with Ryan Cash (1) after hitting a two-run home run in the second inning of a Bedlam baseball game against Oklahoma on April 27, 2018. They are reunited this summer with the Tulsa Drillers. BRYAN TERRY/The Oklahoman

Most of the players on the rosters of the Tulsa Drillers and their Texas Collegiate League opponents will go on to sign professional baseball contracts.

And some of those players have been selected in a previous Major League Baseball draft. One of those is Drillers outfielder Cade Cabbiness, who was chosen by the St. Louis Cardinals in the 21st round in 2016 after graduating from Bixby.

Cabbiness, however, elected to play with OSU instead of signing with the Cardinals and has spent the past four college seasons with the Cowboys. He’s hoping to improve his draft stock while playing for the Drillers this summer and then in 2021 with OSU.

After spending last summer playing for Holliday with Chatham (Massachusetts) in the Cape Cod League, Cabbiness will be performing before his home fans over the next 5-6 weeks, starting Tuesday night when the Drillers host the Frisco RoughRiders in a TCL season opener.

“It’s the best thing that’s probably happened for me — I don’t have to go anywhere, I get to stay at home, that’s nice, it’s fun, it’s cool it gets to be here at the Drillers stadium,” Cabbiness said. “They have a fantastic facility, it’s definitely the best I’ve had in the summer league experiences.

“You never really think about it (playing for the local pro team) until that opportunity comes. I’ve been to a lot of games here. It’s exciting. It’s cool because I’m from Tulsa, so it’s fun to be out here playing for the Drillers.”

When Cabbiness debuts with the Drillers, it won’t be his first game at ONEOK Field. He also has played there with Bixby High School and OSU.

The Drillers are operating a team in the TCL this year along with several other minor league franchises after the Minor League Baseball shutdown due to the COVID-19 pandemic. Their TCL opener is against another Texas League franchise.

Cabbiness’ senior season with OSU was off to a strong start as he was batting .281 with two homers and 12 RBIs in 15 games when the season was canceled because of the pandemic.

Cabbiness was selected to the 2019 Big 12 Championship All-Tournament Team after he had two homers and six RBIs to help the Cowboys win the title, and was named to the 2017 Big 12 All-Freshman team.

With the Drillers, he is reunited with his former OSU roommate, infielder Ryan Cash, who transferred to ORU after their sophomore seasons in 2018. Four of Cabbiness’ current OSU teammates are with the Drillers, including Jenks graduate Bryce Osmond, who will be Tulsa’s starting pitcher Tuesday.

“It’s real exciting to get back out here and play with them,” Cabbiness said.

Texas Collegiate League rosters can have 35 players with 30 active each week. The Drillers have 32 players.

The Drillers open their season against Frisco at 7 p.m. Tuesday at ONEOK Field.