60,000 in Southern California to evacuate after blaze grows

Tulsa at Oklahoma State: Season opener against Tulsa is the first chance for Cowboys receiver Tylan Wallace to show he's still got it
Share this
{{featured_button_text}}
1 of 3 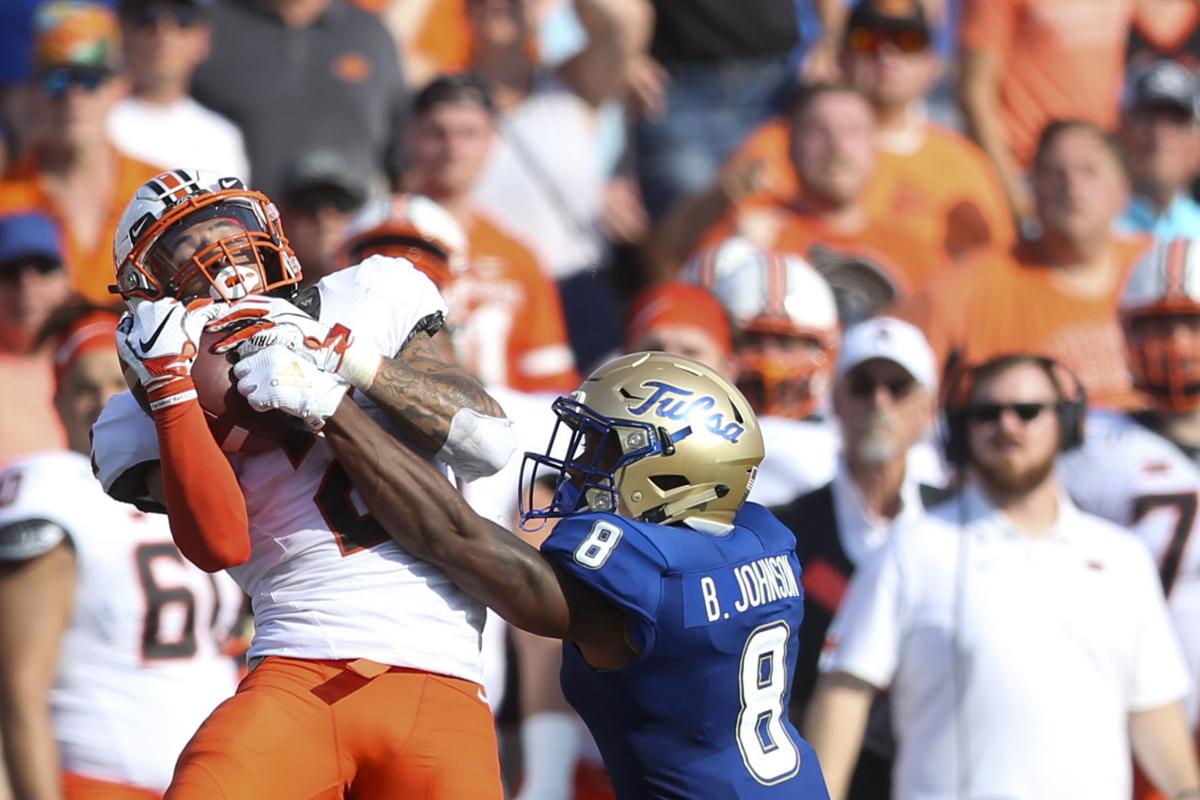 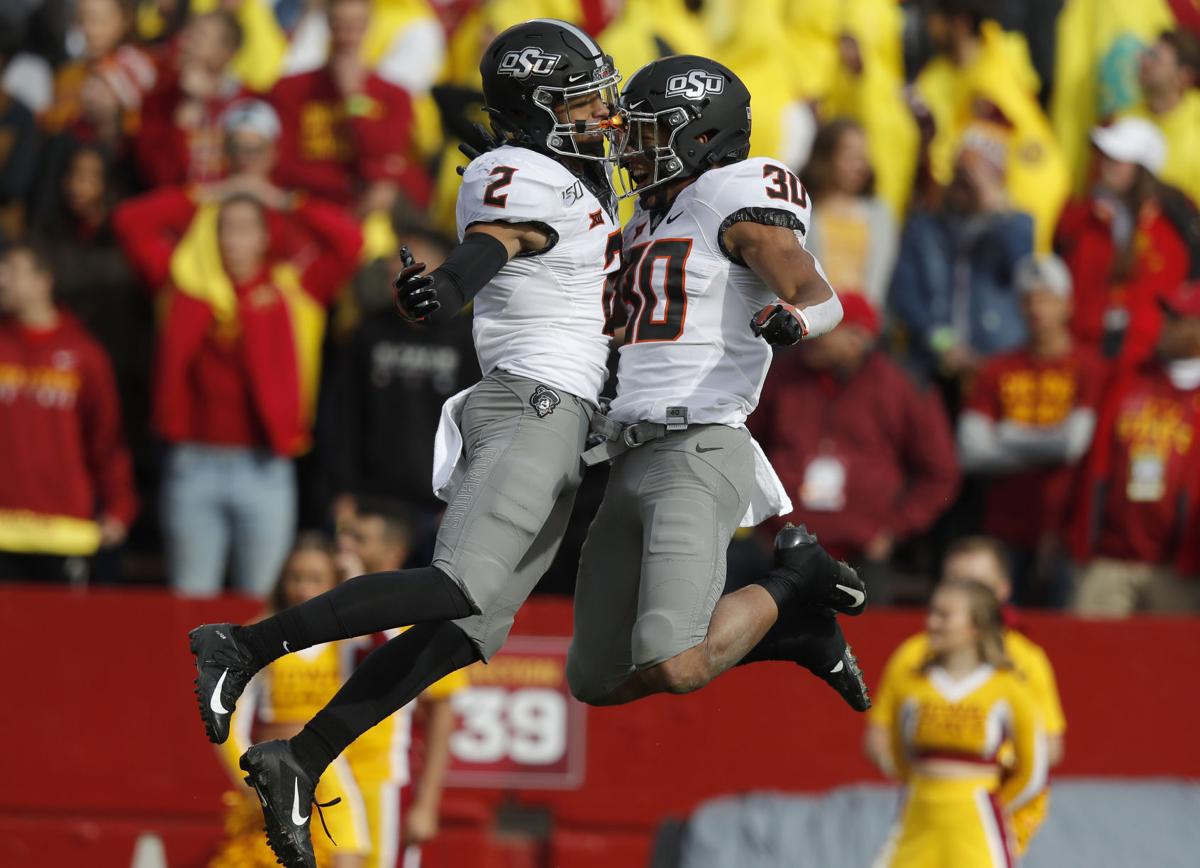 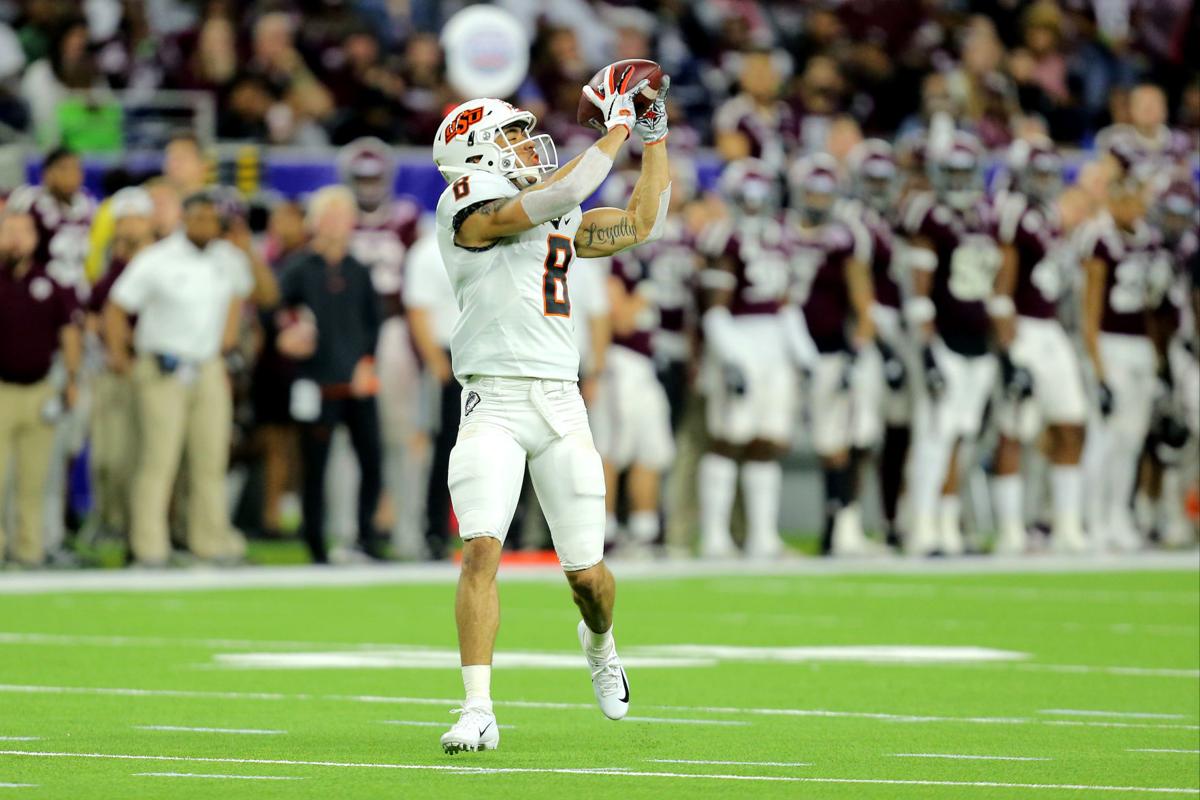 When star receiver Tylan Wallace went down with a knee injury, Braydon Johnson, stretching to make a catch against Texas A&M in the Texas Bowl last year, grew into a dangerous deep threat for Oklahoma State.

Oklahoma State ended last season without one of its most dangerous weapons, receiver Tylan Wallace.

Wallace was a 2018 Biletnikoff Award finalist and was on his way to another All-American campaign before his season-ending knee injury after the first eight games. He caught 53 passes for 903 yards and eight touchdowns.

The season opener against Tulsa at 11 a.m. Saturday will be his first game in nearly 11 months.

“We’re all excited, especially me,” Wallace said. “I’m ready to get out there and kind of pick up where I left off last year. Real exciting times and I think everybody is ready to play.”

Wallace never had fewer than five catches in a game last year and finished four of the eight games with at last 118 yards receiving. His season high for catches was 11 against Texas Tech and his season high of 180 yards came at home against McNeese State, a game in which he also tallied a season-high three touchdowns.

His first opportunity to show he is still the same player will be against a Tulsa team that allowed five Wallace receptions for 118 yards and a 90-yard TD last year.

Quarterback Spencer Sanders explained one of Wallace’s impressive plays during fall camp as proof that he’s still got it: Wallace made a leaping catch and flipped his hips.

“I think he has grown tremendously and honestly, I think it probably made him better as a player,” Sanders said about last year’s injury. “It probably just showed him some patience.”

It took a little time for Wallace to get back in rhythm once he made his return. He said there was a “knocking off the rust” period for him once he first started running routes without his knee brace. He wore a no-contact green jersey for a few weeks before taking it off as it got closer to the start of the season.

“It was going to have to come off eventually is what coach (Kasey) Dunn was telling me, and I agreed with him,” Wallace said. “I took the brace off, got into some contact stuff, started running routes without it and felt perfectly fine. I feel kind of like the old me now. I feel like I’m going out there and just playing football like we used to.”

Wallace is joined by a more experienced group of receivers this year. Dillon Stoner grew into a bigger leader after having to fill Wallace’s role in the final five games last season. Wallace’s injury gave Braydon Johnson the space he needed to grow into a serious deep-ball threat. His eight catches of 30 yards or more led all OSU receivers last season.

Sanders will have multiple receiving weapons at his disposal against Tulsa, but his most dangerous option is Wallace.

“Tylan is phenomenal, and he is an amazing receiver,” Sanders said. “Not only is he a good receiver, he’s a great person. His motivation (is) to get back and hold himself accountable for his job. He’s going to do what he’s put on film for the past three years. Every single game he’s going to give it 100%. I love watching Tylan play.”

Sanders is expected to have improved on ball security, which will make the passing game even better, and he already has proven he can make plays with his legs. The Cowboys also have their leading rusher back in Chuba Hubbard.

Hubbard rushed for 256 yards and three TDs against Tulsa last season on his way to leading the nation with 2,094 rushing yards. Relying on Hubbard early should allow Wallace to ease into the game. The Cowboys have several offensive weapons but coach Mike Gundy isn’t taking the Tulsa defense lightly.

“Defensively, they’ve replaced a number of guys, but they’ve got backers that can run and their nose guards have played well,” Gundy said about TU. “I would expect them to be ready to play.”

Precautions taken for COVID-19 could "temper flu simultaneously" during flu season, she said on Sept. 17

When star receiver Tylan Wallace went down with a knee injury, Braydon Johnson, stretching to make a catch against Texas A&M in the Texas Bowl last year, grew into a dangerous deep threat for Oklahoma State.