STILLWATER — With in-state rival Tulsa paying a visit to Stillwater this weekend, Oklahoma State is set to have its quarterback back in Week 2.

Redshirt junior Spencer Sanders is out of the COVID-19 protocol and is expected to start for the Cowboys on Saturday, coach Mike Gundy revealed in a conversation with Dave Hunziker on an episode of the Orange Power Podcast released Thursday.

“He’s out of protocol and he’s practiced well this week,” Gundy said. “He was able to practice throughout the week. He feels good. I saw him today and he seems to be doing really well. I’m excited about him getting out there and seeing what he can bring to the table.”

Sanders was absent from OSU’s 23-16 season-opening win over Missouri State last Saturday. Sophomore Shane Illingworth made his third career start in Sanders’ place, completing 22-of-40 passes for 315 yards to go with a touchdown and an interception.

With the 6-foot-6 passer running the offense, the Cowboys mustered only 120 yards and were outscored 13-3 after halftime against the Bears. OSU rushers gained a total of 54 yards on 28 attempts in the game.

Saturday will mark the 21st start of Sanders’ career. The former Big 12 offensive freshman of the year completed 62.8% of his passes in 2020, throwing for 2,007 yards, 14 touchdowns and eight interceptions as the Cowboys finished 8-3.

Oklahoma State defeated Missouri State on Saturday. Here's all our coverage from Stillwater.

Oklahoma State, bolstered by Jim Knowles’ defense and its pair of late sacks, withstood a late comeback attempt and held off Missouri State in…

Missouri State at OSU: Everything you need to know about the game in four downs

Report: Spencer Sanders out for OSU opener due to COVID-19 protocol

With the season almost here, what type of success can fans expect from OSU and who are the players to watch?

Ahead of his broadcast debut, the former OSU quarterback discussed his jump to the booth, the offer he’d need to consider coaching, his feelings on Oklahoma and Texas’ exit and the future for Oklahoma State, and what the 2011 Big 12 championship team still means to him.

Cowboys take on the Bears in the season opener.

"Fans will need to get their shot before getting into their gameday vibe, though, as immunizations may not be given to individuals with alcohol in their system," the release states.

Guerin Emig: One player, one problem, one preposterous prediction, one pick for OSU-Missouri State

'Expect big things for him come this year': DT Jernigan back for OSU after nearly two years

Jayden Jernigan has played a snap for the Cowboys since Dec. 27, 2019. This fall, he has a chance to reclaim his place on OSU's defensive line.

The Cowboys' defensive front has been injury-laden over the past year, but this fall OSU has the depth to cope and keep players fresh.

Redshirt junior Braden Cassity's brother, Skyler, will be on the sideline for Missouri State during Saturday's season-opener, and it's not the first time the brothers have squared off.

While Shelley — who also previously spent three seasons at Utah — is a relative newcomer to Missouri, arriving to the Bears in late July, Petrino has no concerns about his quarterback's ability to handle a visit to Boone Pickens Stadium in his debut.

All 10 teams are scheduled to be in action this weekend, starting Friday night with KU’s best shot to win a game this season.

Guerin-teed it was quite a week: Thinking positive for Tay Martin and Caleb Etienne, OSU's southern Louisianans with more on their mind than a football opener

We are sure to enjoy this fall more than the 2020 belly flop, provided everyone takes care to help keep each other healthy

"He's a competitor and a warrior": OSU’s Brennan Presley is built for the heightened role he’ll take on in 2021

In Year 2, Brennan Presley will start at wide receiver while returning kickoffs and punts. It's his biggest role yet, but Mike Gundy, Loren Montgomery and the 5-foot-8 speedster himself know he's up to the challenge.

The rule change that took effect July 1 prompted QuikTrip to tweet a few days later: “College athletes who love QT hit us up.”

OSU needs more from its offensive line in 2021. Where does it stand headed into Week 1?

A talented mix of linemen makes up a Cowboys' offensive line that OSU hopes can be better this fall.

Guerin Emig: Future of OSU athletics depends not on OU or Pac-12 but Cowboys' own courage

Pac-12 announces it will move forward without expanding, leaving OSU with no choice but to take command of a soon-to-be reset Big 12

Updates on the OSU pass rusher, a kicker returning from injury and insight into players who nearly returned in 2021.

OSU set to roll with committee of running backs

LD Brown, Dezmon Jackson, Dominic Richardson and Jaylen Warren are all listed as potential starters in the two-deep depth chart.

At left tackle on Sept. 4 against Missouri State: Taylor Miterko OR Caleb Etienne.

The Cowboys released their initial depth chart for the 2021 season Thursday morning with freshman Blaine Green named among the starters, but questions remain elsewhere.

“They rallied around him really quickly": Always a leader, Malcolm Rodriguez has evolved to guide the Cowboys defense

A once quiet leader at Wagoner High School, OSU linebacker Malcolm Rodriguez has changed since coming to Stillwater, and in 2021 he can serve as the drumbeat for the Cowboys' defense.

You reached out about the Cowboys, Sooners and COVID vaccinations. Let's discuss.

George Kliavkoff says Pac-12 decision whether to expand is coming by the end of the week, not weeks

From the Green Bros. to Edmond Sante Fe's Collin Oliver: the freshmen who could feature for OSU in 2021

With fall camp in the rearview, a look at the Cowboys freshmen who have distinguished themselves since arriving to Stillwater.

A proven performer in limited action, OSU's Jackson will get best shot yet in 2021

The rusher who broke out against Texas Tech in 2020 is primed for greater opportunities this fall.

'I feel like I’m at the top of my game': Christian Holmes, finally settled in, is poised to slot into OSU's secondary

A difficult debut season with the Cowboys gave way to a productive offseason for Christian Holmes.

Get a six-month digital-only subscription for $1. Subscribe today in less than a  minute: Tulsaworld.com/subscribe

Texas is a fertile recruiting ground for the Cowboys and having Texas schools in Big 12 allows OSU to recruit that area. COURTESY/OSU

Oklahoma State’s Spencer Sanders throws a pass during practice in Stillwater on Aug. 6. 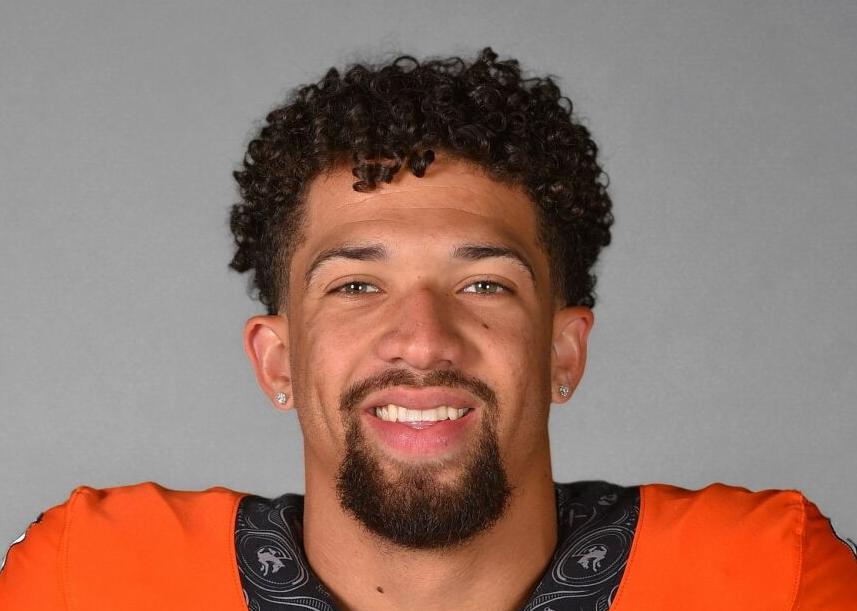