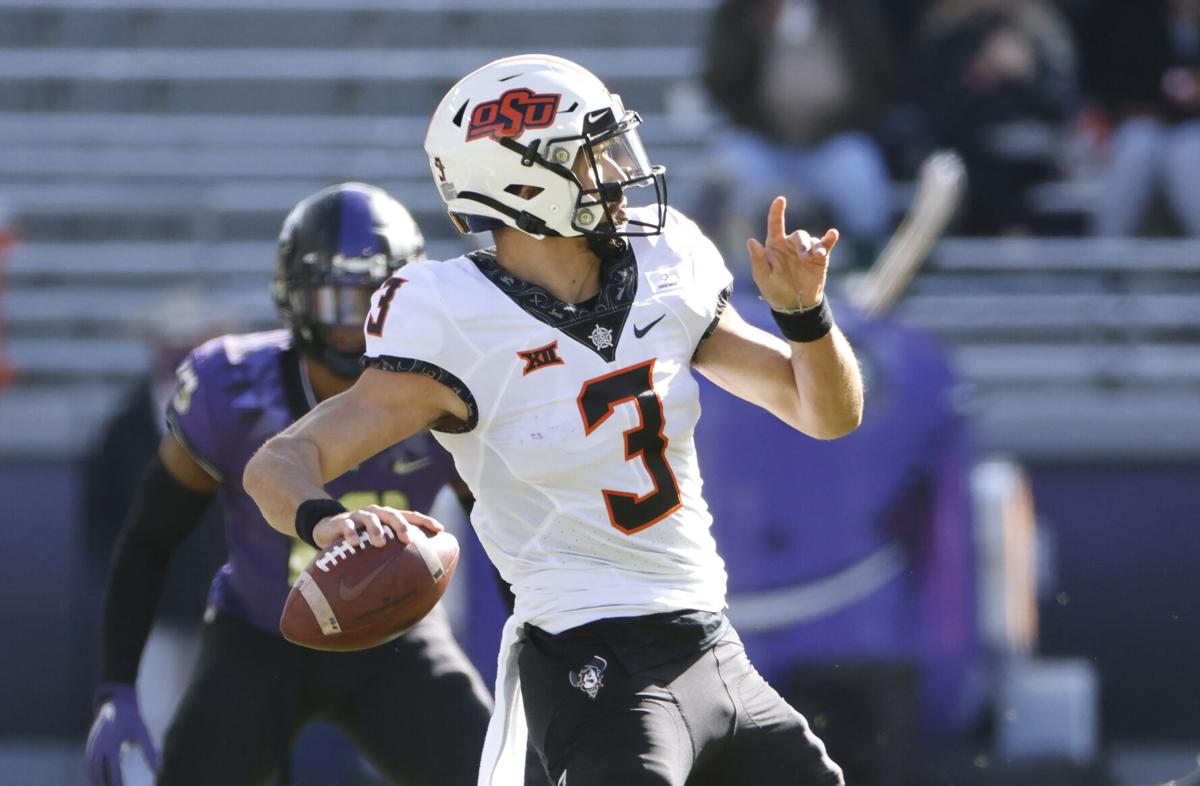 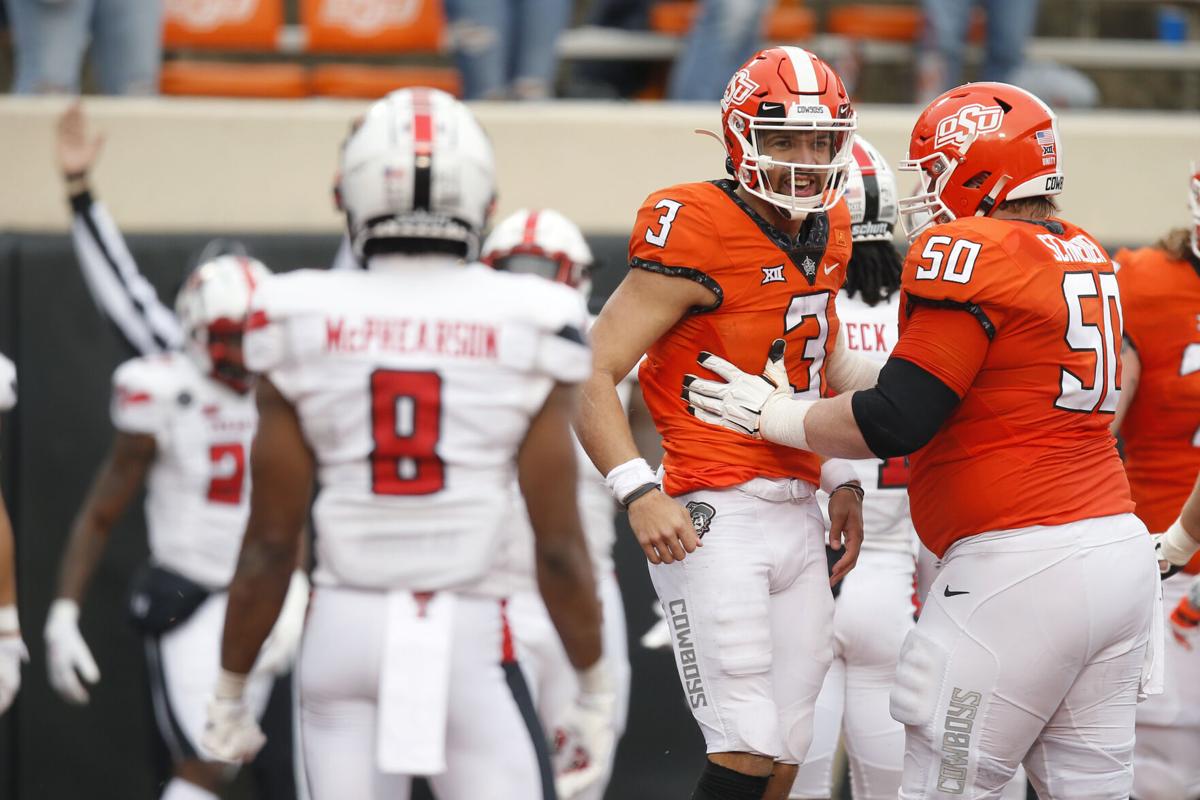 Spencer Sanders is entering his third year as the starting quarterback at Oklahoma State, and head coach Mike Gundy says he is pleased with Sanders’ progress this spring.

“He’s progressing,” Gundy said. “Seeing things that we want them to see at that position like Taylor (Cornelius) and like Mason (Rudolph) did. He’s starting to see those things. We should have seen it last year, but we didn’t have spring (drills). We’re starting to see it now. He’s having a good spring practice.”

Sanders has had his struggles with consistency in his first two years as a starter, with last year being tough because of a hobbled offensive line. He also missed a few games to injury at the start of the season.

Sanders has thrown 30 touchdowns and 19 interceptions in 19 starts and the Cowboys in 2021 will need him to consistently be the quarterback he was at the end of last season.

Sanders threw for a combined 652 yards, seven touchdowns and two interceptions in his last two games of 2020. His 305 yards and four touchdowns in the Cheez-It Bowl lifted OSU to a 37-34 win over Miami.

When asked if last year’s ending would carry over into this year, Sanders said he hopes so.

“That’s for other people to decide,” Sanders said. “Honestly to me, I just want to keep connecting, keep doing good, keep running the ball well, keep throwing the ball well and just keep operating. If we can do that, then all of the little things will take care of the big things.”

This is the first spring practice that Sanders has had with quarterbacks coach Tim Rattay, who joined the staff in January of last year. Sanders said the biggest aspect of his game that Rattay has helped him improve is his feet.

“That is like a huge exclamation mark,” Sanders said. “With everything, it’s feet. With timing it’s feet. With certain routes it’s feet. With looking certain places. I feel like I’ve developed my feet with my eyes. I feel like he’s taught me very well at progressing very well and when it’s not there, then get out of the pocket. If it is there then take it. Take your check down. I feel like my feet have helped me develop honestly, reading coverages better, slowing me down. Better pace on a drop. Maybe there’s a fast-paced drop on this one. Maybe there’s a slow-paced drop on this play. I feel like my feet have really slowed me down and just helped me control the game.”

Gundy was impressed with how Sanders adjusted his composure when things didn’t go well in games, saying back in November that he was much more composed last season than he was the year before.

Sanders, who redshirted his first year, is no longer a young, inexperienced quarterback. He is entering his fourth year in the OSU system and should be equipped with all the tools he needs to be a quarterback the Cowboys can consistently rely on.

Sanders can make plays with his arm and his legs, which makes him a hassle for defenses to deal with when he’s playing his best. He just needs to make sure to protect the football. He will be expected to put everything together this year in a way that Gundy compared to a Rubik’s Cube.

“You can’t just do one side, you have to do all of them at once if you’re going to do the Rubik’s Cube,” Gundy said. “That’s the same thing with playing quarterback in this offense. You have to do everything at once as we progress to make it all function. And that’s why guys, once they get into this system, once they get into like, year two-and-a-half and three and on, they look a lot different because they start to figure out that Rubik’s Cube, not just one side.”

Barry Sanders to be inducted into OSU Ring of Honor; will become first OSU player with a statue

Sanders will join 2020 inductee Thurman Thomas as the second player to have his name and jersey number added to the Ring of Honor when the Cowboys host TCU on Nov. 13.

Holder on Gundy’s absence from video: ‘The best tribute to me or Boone Pickens is to win'

Mike Gundy was not among the 11 OSU head coaches who provided commentary during a Mike Holder tribute video.

OSU quarterback Spencer Sanders: “I practice 365 days a year for 12 games, so if you’re down to give me more I’m down to take however many you’re trying to give me”

Guerin-teed it was quite a week: Mike Gundy goes full 'Ox'

OSU's football coach plugs the movie "Stripes," and we all feel a little better by remembering John Candy

Big 12 defenses have gotten better - and that includes Oklahoma State

“This league made a living on big plays for 8-10 years on offense," Mike Gundy said. "So now defenses are learning how to defend that and forcing offenses to play differently. It’s been an interesting run the last two or three or four years.”