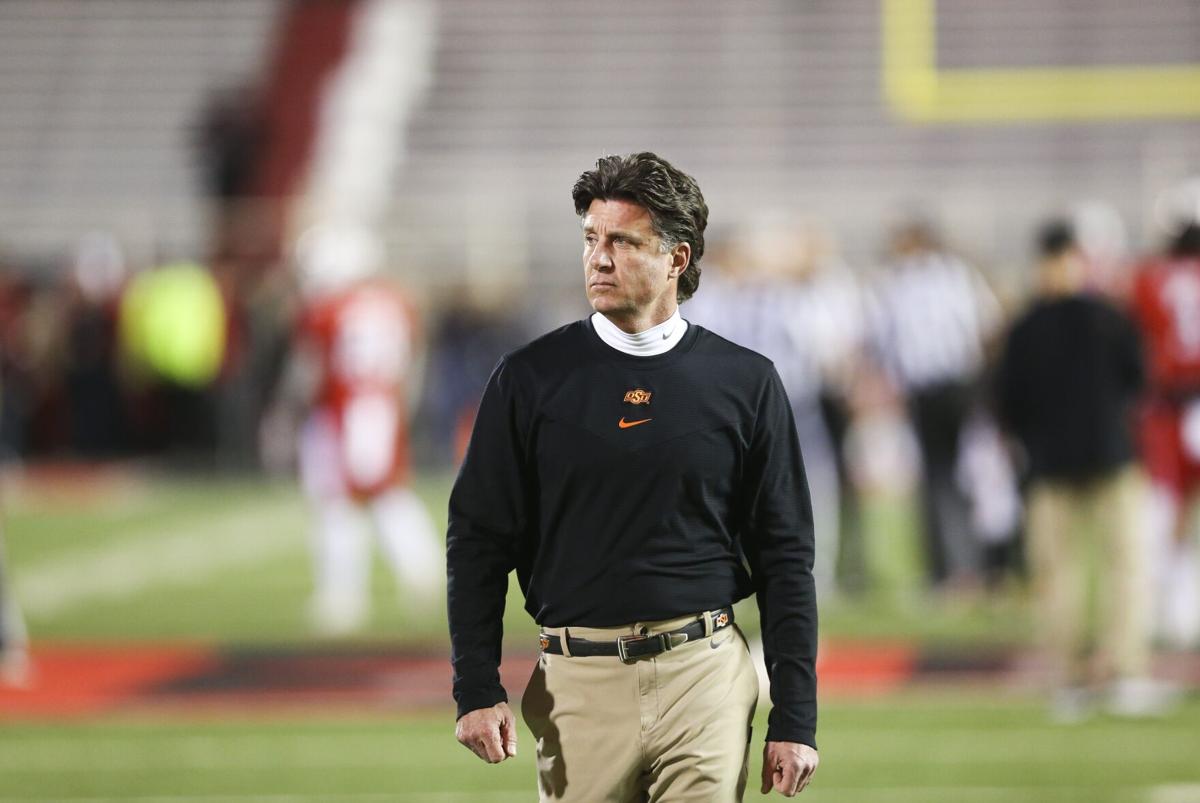 Oklahoma State coach Mike Gundy said Monday his team is preparing for Saturday’s Bedlam game with Oklahoma as if next week’s Big 12 Championship game “wasn’t even there.” 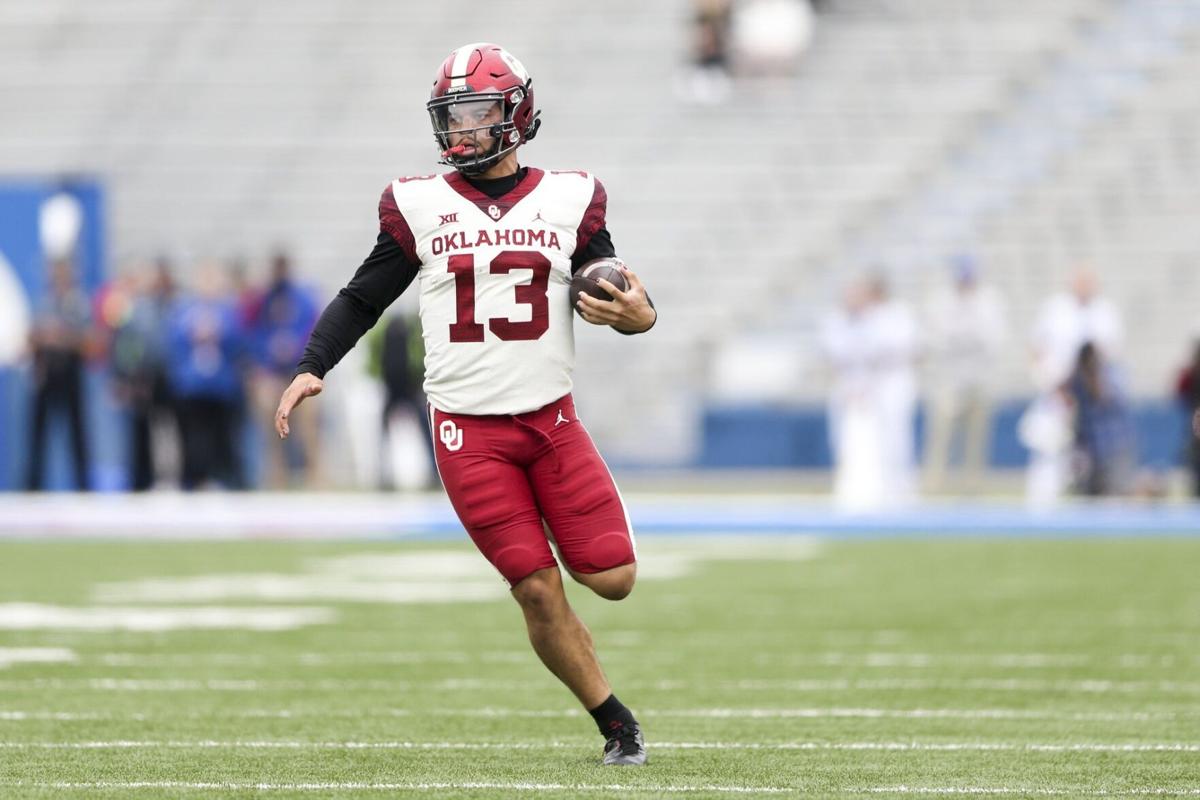 STILLWATER — Saturday’s meeting between Oklahoma State and Oklahoma will mark the 31st Bedlam game 54-year old Mike Gundy has taken part in, as player or coach.

He and the Cowboys lost four times to the Sooners during Gundy’s four years under center at OSU from 1986-89. The Cowboys won Bedlam once in his first stint as an assistant, twice with Gundy as offensive coordinator in 2001 and 2002. Since he became head coach in 2005? Two wins. 14 losses.

Gundy knows Beldam. So does this one — with his Cowboys ranked 7th in the nation, locked into the Dec. 4 Big 12 title and in contention for the College Football Playoff — feel bigger than some of the others in the past?

“Some people might downplay it and say no, but I don’t really believe that. I think that I’m kind of speaking for the players. I get that vibe from them.”

Gundy cast doubt Monday over Bedlam’s future ahead of the first game between the schools since OU joined Texas July 30 in accepting invitations to join the SEC. And the Sooners (10-1, 7-1) will travel to Stillwater for a 6:30 p.m. kickoff at Boone Pickens Stadium Saturday as rare Bedlam underdogs in need of a win to reach the Big 12 Championship.

The Sooners can vault themselves to a fifth-consecutive Big 12 Championship game and set up back-to-back contests with an upset against the three-point favored Cowboys in Stillwater. Gundy was asked Monday if the potential scenario of playing OU twice in seven days impacts OSU’s game plan in the regular season finale.

“When I put myself in the players’ shoes I think that’s what they want. So we’re business as usual.”

A focal point for the Cowboys in this week’s preparation centers on Sooners quarterback Caleb Williams. The 6-foot-1 freshman has thrown 15 touchdowns to four interceptions since replacing Spencer Rattler at Texas Oct. 9 and authored his best performance with 402 yards and six touchdowns in Week 10 against Texas Tech.

Baylor and Iowa State have respectively quieted Williams in OU’s last two games and on Saturday he’ll go up against an OSU defense that ranks third in the nation in total defense. Williams hasn’t faced a defense like Jim Knowles’, but the Cowboys haven’t seen a quarterback this fall with the talent of the Sooners’ young passer, either.

“He’s kind of like Nolan Ryan in football,” Gundy said. “He can fire the ball from about any release. He’s very agile and elusive, faster than what he looks. He’s willing to just chunk it down the field and try to make plays. He’s very athletic.”

“We’ve faced some quarterbacks with similar qualities. I’m not sure they all have the same package that he has at once.”

While OSU’s defense enters the week off of its latest masterclass in Lubbock, Gundy offered a “wait and see” approach for the banged-up members of Kasey Dunn’s offensive unit.

“We just have to kind of wade our way through it,” Gundy said. “Figure it out in the middle of the week.”

Center Danny Godlevake missed his first game of 2021 at Texas Tech, where left guard Josh Sills dressed but did not start and entered only after backup Tyrese Williams hobbled off injured. Wide receiver Brennan Presley was limited only to punt return duties. Jaylen Warren carried just 12 times in the win, his third-lowest tally of the season.

“I tip my hat off because he gave it a shot, but clearly he was hurt,” Dunn said of OSU’s leading rusher Saturday.

Logan Carter caught a pass against the Red Raiders, but remains affected by his July back surgery while fellow tight end Braden Cassity has not featured since Week 10 in West Virginia with an ankle injury.

Cowboys come agonizingly close to first league championship since 2011 before falling to Baylor.

No. 9 OSU set for Fiesta Bowl meeting with No. 5 Notre Dame on New Year's Day

Oklahoma State will face Notre Dame for the first time on the football field in the Fiesta Bowl at noon Jan. 1 in Glendale, Arizona.

Guerin Emig: One player, one problem, one preposterous prediction and one pick for OSU's Big 12 Championship vs. Baylor

A league opener against Baylor, visits from Texas and Iowa State and Nov. 19 Bedlam are among the intriguing dates on Oklahoma State's conference schedule released Wednesday morning.

Oklahoma State head coach Mike Gundy was voted Big 12 Coach of the Year for the second time in his career as part of 13 Cowboys to earn end of season conference honors Thursday.

'You'll love this kid': Rodriguez leads OSU to Bedlam and beyond after wrestling success at Wagoner

Oklahoma State University commentators often mention linebacker Malcolm Rodriguez's wrestling past after his latest crunching tackle. The linebacker has the Cowboys on the brink of their finest season in a decade.

Oklahoma State coach Mike Gundy said Monday his team is preparing for Saturday’s Bedlam game with Oklahoma as if next week’s Big 12 Championship game “wasn’t even there.”