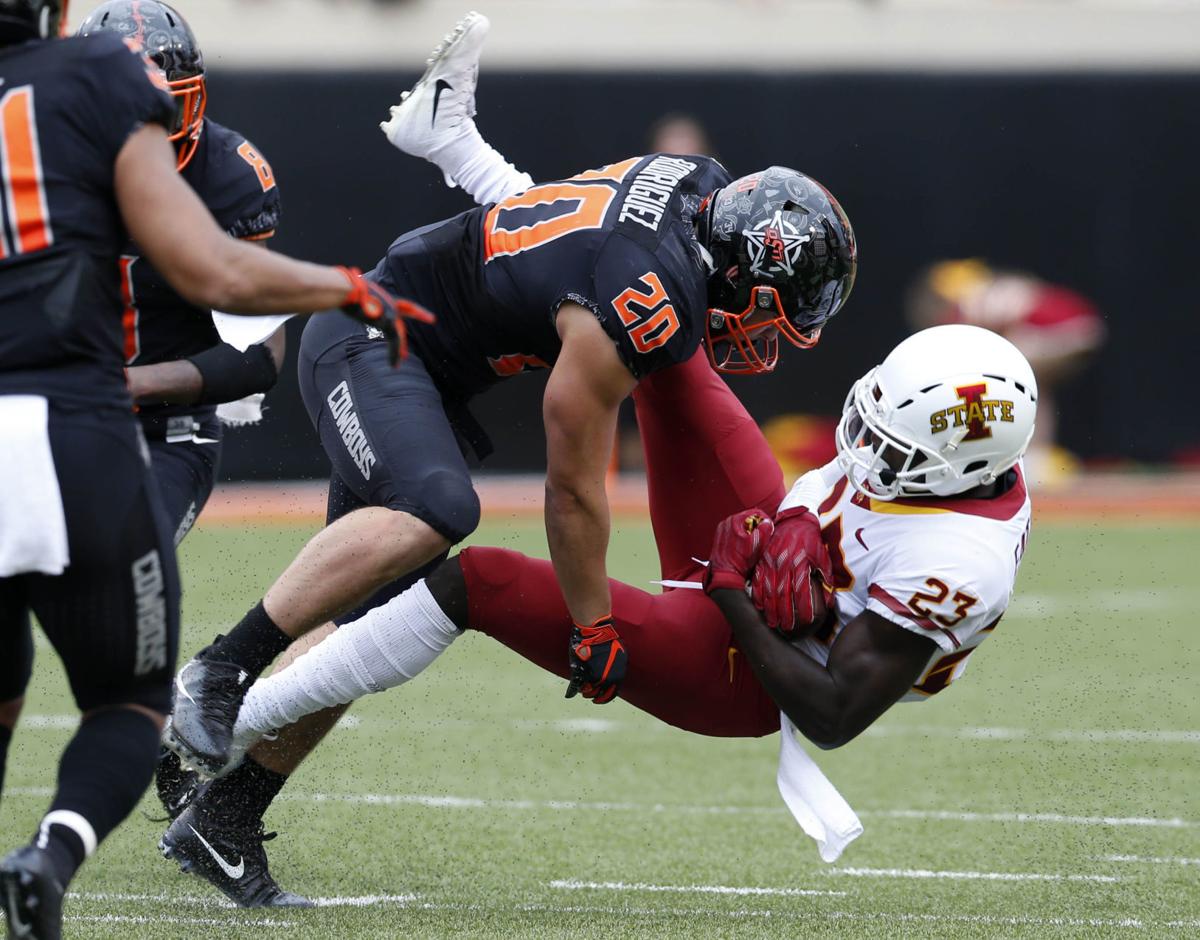 Oklahoma State’s Malcolm Rodriguez (left), who played safety last season but is lining up at linebacker this fall, had nine tackles in the opener Friday against Oregon State. 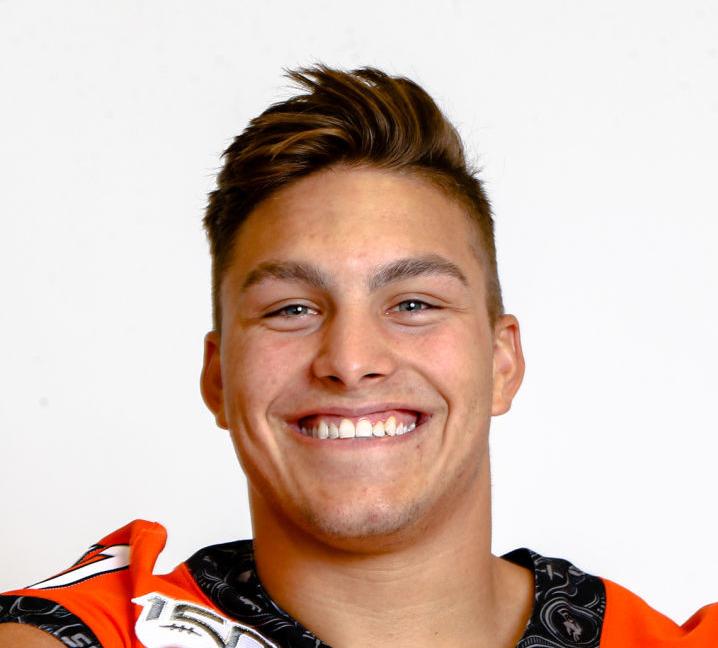 Oklahoma State’s Malcolm Rodriguez (left), who played safety last season but is lining up at linebacker this fall, had nine tackles in the opener Friday against Oregon State.

STILLWATER — About two weeks before the end of training camp, Oklahoma State coach Mike Gundy went to his veteran safety, Malcolm Rodriguez, and told him the Cowboys needed him at linebacker.

OSU came into the season a little banged up at the linebacker position. Rodriguez, a junior from Wagoner, didn’t have a problem with the switch because he said it was best for the team and the coverage assignments are similar.

“His agility and speed will be a big advantage for him there,” Gundy said about Rodriguez leading into Week 1. “His size could be an issue. We’ll see how it works. A lot of the game now is played side to side.”

The switch worked out well for the Cowboys, as Rodriguez racked up nine tackles in the 52-36 victory at Oregon State on Friday. He was named OSU’s defensive MVP for the week and tied for the second-most tackles for the Cowboys.

“Malcolm did a great job for his first time in the box,” linebacker Amen Ogbongbemiga said. “I knew he would. He’s a fantastic player, a hard worker and I’m proud of him. I hope we have good chemistry going forward.”

Rodriguez said he was hesitant on the field during his first practice at his new position, but he settled in after about four days once the coaches talked to him and helped him get a grasp of the defense. He studied the playbook more and had one-on-one meetings with defensive coordinator Jim Knowles.

Playing closer to the line of scrimmage as a linebacker forces Rodriguez to be quicker in his decision making. He said his biggest adjustment was having to fight off the blocks from linemen heading his way. The difference in depth perception also was an adjustment.

“Your eyes have to be in the right place,” Rodriguez said. “If you pull your eyes away, you’re going to miss a gap and they’re going to hit you for a big gain.”

Rodriguez’s background as a two-time high school state champion in wrestling helped with his adjustment, he said. Getting low and playing with his hands was a natural habit that he said came out of him on game day.

“I would highly recommend not letting him get his hands on you,” Gundy said about linemen trying to block Rodriguez. “He can duck them or use his hands away from you.”

Rodriguez said he misses flying around with his guys in the secondary but loves his new linebacker group. After just one game, he said he feels like he has a pretty good grasp on the position outside of a couple of questions that arose in funky situations.

The Oregon State game showed that the switch hasn’t been an overwhelming one for him.

“Just knowing where to line up and which gap you have and your responsibility,” Rodriguez said about his focus. “But other than that, it’s kind of natural.”

Gundy is expecting an update on linebacker Calvin Bundage’s health at some point this week. A setback with his back injury kept Bundage out of the season opener and he could be sidelined again this week against McNeese State.

The Cowboys will be looking for Rodriguez to continue playing well in his new role, while the linebacker group works on getting healthy. One area he is looking to improve on Saturday is his on-field communicatiion with Ogbongbemiga.

“He always told me in practice I’d kind of like sit there and not point stuff out,” Rodriguez said. “So I’m just trying to work on my communication.”