OSU football: Graduate transfer Josh Sills has emerged as a vocal leader in his short time at Oklahoma State
Share this
{{featured_button_text}}
1 of 3 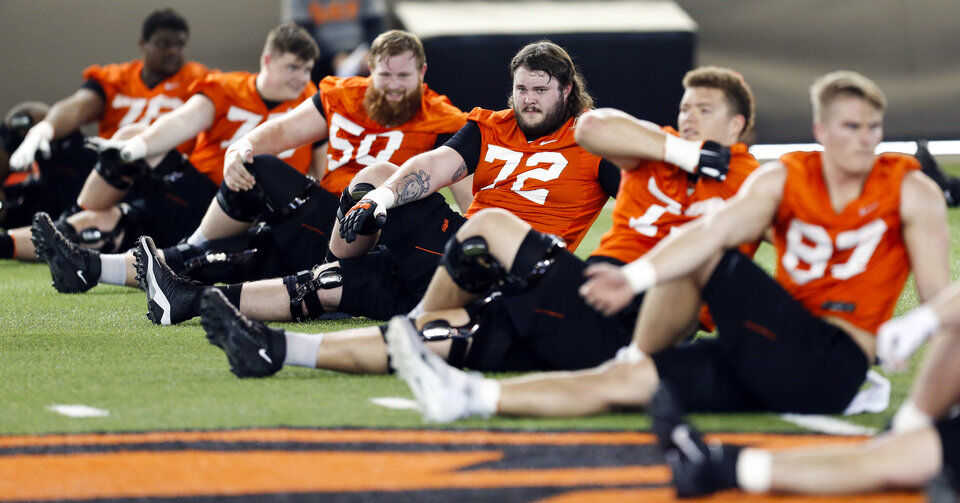 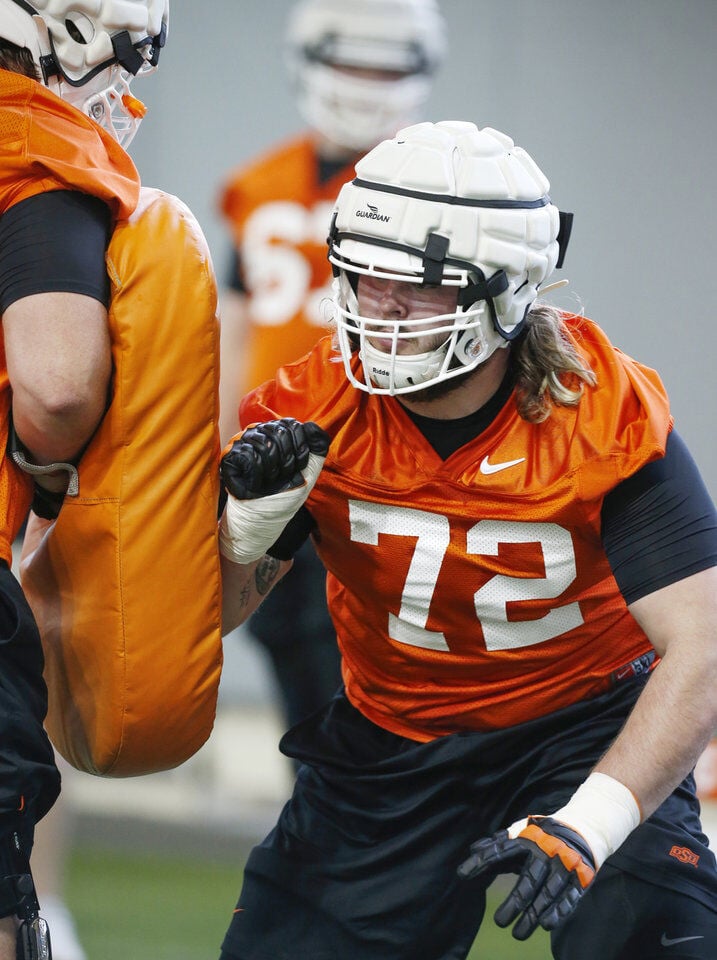 West Virginia transfer Josh Sills got his undergraduate degree in agribusiness management, and Oklahoma State’s agricultural program is what helped draw him to Stillwater.

Offensive lineman Josh Sills is in his first season with Oklahoma State, but it didn’t take long for him to emerge as a vocal leader for the Cowboys.

OSU lost multiple key pieces to its offensive line during the offseason before losing starters Cole Birmingham and Hunter Anthony to injuries to start the year. Head coach Mike Gundy anticipates both linemen to be out for a while.

Sills’ early leadership has played a pivotal role in helping improve the offensive line struggles. He joined OSU as a graduate transfer after logging 24 starts with West Virginia.

“I think he feels very comfortable here,” Gundy said. “He likes (offensive line) coach (Charlie) Dickey. He likes (strength and condition) coach (Rob) Glass. He has a good relationship with the people on the staff and the players here. And I think he felt very comfortable and that allowed him to jump into a leadership role much quicker than what a player would be able to over a period of time early in their career.”

Sills never made an official visit to OSU before making his decision. His only trip to Stillwater was as a Mountaineer when WVU came to OSU as a top-10 team and lost 45-41 in 2018. Sills got his undergraduate degree in agribusiness management, and OSU’s agricultural program is what helped draw him to Stillwater.

Although Sills wasn’t able to visit, he established a good relationship with the coaching staff.

“I couldn’t take a visit. It was on dead period,” Sills said. “So the big thing for me was just building those relationships. And I could tell right away that they were straightforward. There wasn’t any pulled punches or anything like that. Those are the people that I want to be around.”

OSU players and coaches are happy to have Sills in their locker room. An episode of the ESPN documentary series on OSU football titled “Our Time” caught a glimpse of Sills’ vocal leadership during halftime of the season opener against Tulsa.

He challenged his offensive teammates to play better, saying “it starts and ends with us.” The Cowboys trailed 7-3 at halftime but survived with a 16-7 win.

When asked where his outspoken leadership comes from, Sills recalled his first game as a redshirt freshman at West Virginia. The Mountaineers played Virginia Tech in front of a sold-out crowd in FedEx Field, home of The Washington Football Team.

He uses his experience to relate to younger guys like redshirt freshman Jake Springfield, who is starting at left tackle. Sills’ advice to Springfield was to lean on the older guys like he did at WVU.

“It was super loud,” Sills said. “I was nervous and went back to, should I be here? I had to lean on those guys around me, so I kind of relate to those guys. Put myself in their situation and know that I’ve been there and they have to have somebody to look to.”

Gundy said having to play musical chairs up front causes a major disruption to the offensive line. He said the Cowboys were fortunate to keep five guys healthy over the past couple of weeks to prevent more shuffling up front. Fifth-year senior Teven Jenkins is OSU’s most experienced player on the O-line, so it also helps to see him playing well.

“Teven has played the best he’s played in his career here at Oklahoma State in games,” Gundy said. “And Josh has continued to get better and better each week. They have to learn to push each other and push their unit in meetings and practice.”

West Virginia transfer Josh Sills got his undergraduate degree in agribusiness management, and Oklahoma State’s agricultural program is what helped draw him to Stillwater.