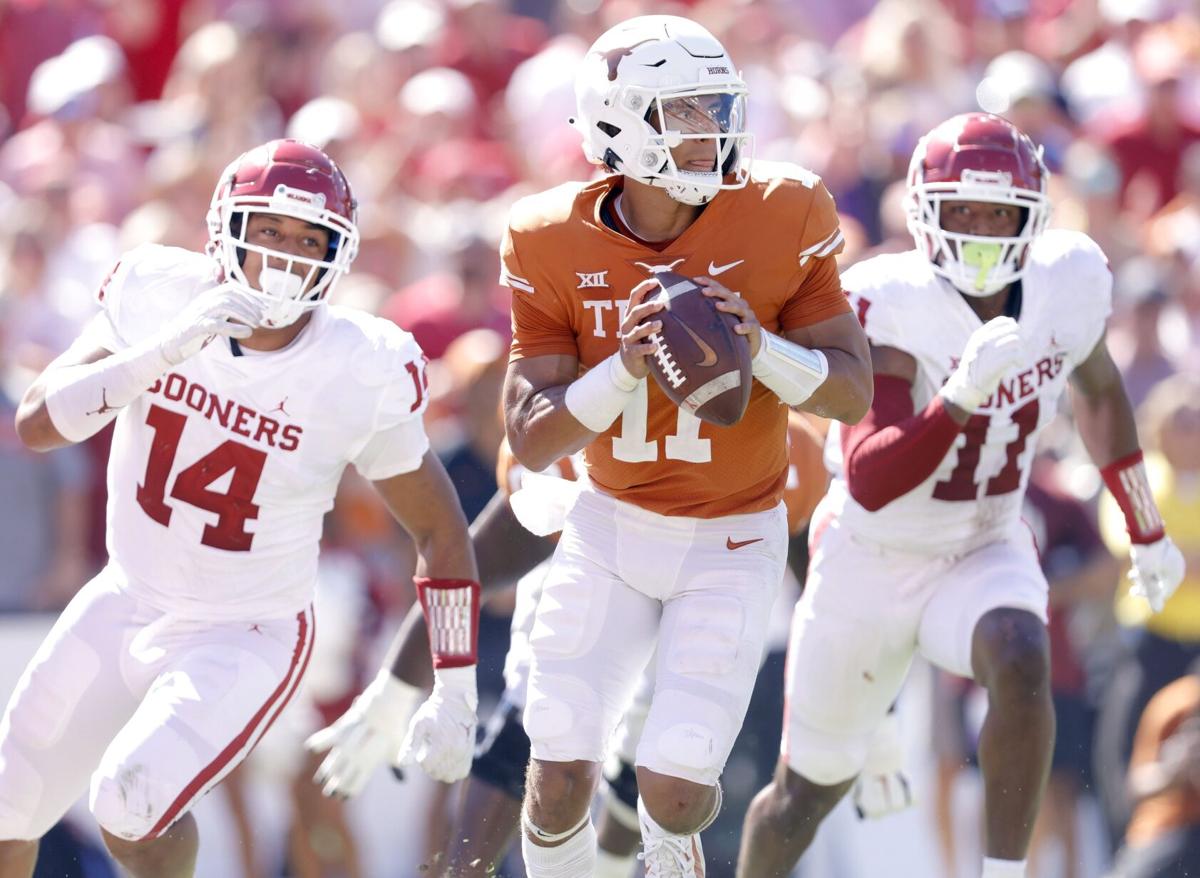 Oklahoma State reached 5-0 for the first time since 2015 and climbed to No. 12 in the AP Top 25 with its Oct. 2 win over Baylor before the open week. In their return at Texas, the Cowboys can earn a third consecutive win over a ranked opponent for the first time in program history and thrust themselves into the Big 12 conversation. The Longhorns have questions of their own to answer after the Week 6 defeat to Oklahoma, and OSU has a chance to send a message with a victory in Austin ahead of a trip to Iowa State in Week 8.

The Cowboys’ top objective Saturday is stopping Texas’ Bijan Robinson, whose 789 rushing yards rank third in the nation. The surest way to do it? Put a cap on Casey Thompson and the Longhorns’ passing game.

Following an explosive first half for Thompson last week, OU held him in check with 144 passing yards after halftime, and Robinson’s production dipped in turn as the sophomore rusher ran nine times for 35 yards (3.9 yards per carry) in the second half. Jarrick Bernard-Converse, Kolby Harvel-Peel and the OSU secondary will have to contend with Thompson’s arm and dangerous pass catchers in Xavier Worthy and Joshua Moore, but closing Texas down in the air is the first step to containing Robinson and, ultimately, the Longhorns’ offense.

Spencer Sanders tied a career-high with three interceptions against Baylor in Week 5. Those picks didn’t cost OSU against the Bears, but they sure might in Texas. At the very least, OSU needs a clean, bounce-back performance from its quarterback. And maybe, as Sanders did against Kansas State in Week 4, he can do even more for the Cowboys in Week 7.

Spencer Sanders avoids the early turnovers that doomed OSU in this game a year ago, allowing Jaylen Warren to play a starring role in the second half and the Cowboys to pull out another nail-biter.