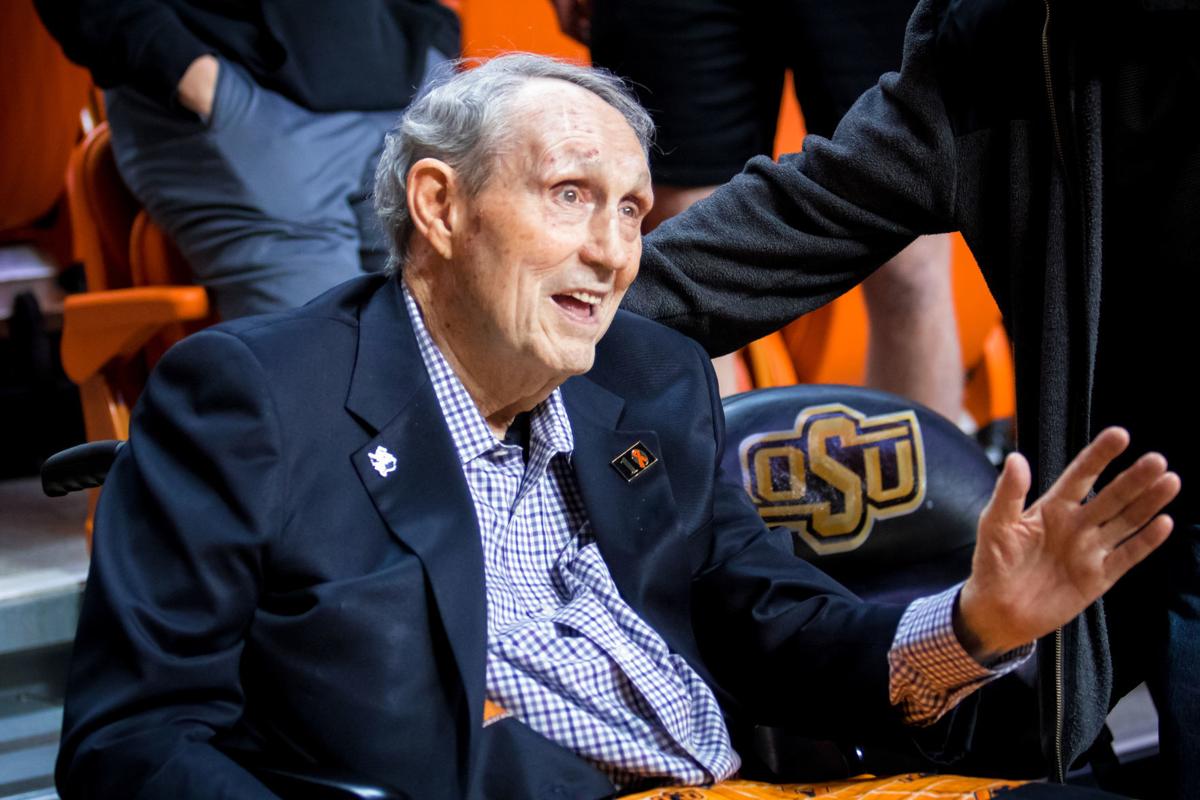 Former Oklahoma State coach Eddie Sutton, 83, was rejected for membership into the Naismith Memorial Basketball Hall of Fame for the sixth time Tuesday. “For us and thousands of fans, he is a Hall of Famer!” his disappointed family responded on Twitter. DEVIN LAWRENCE WILBER/for the Tulsa World 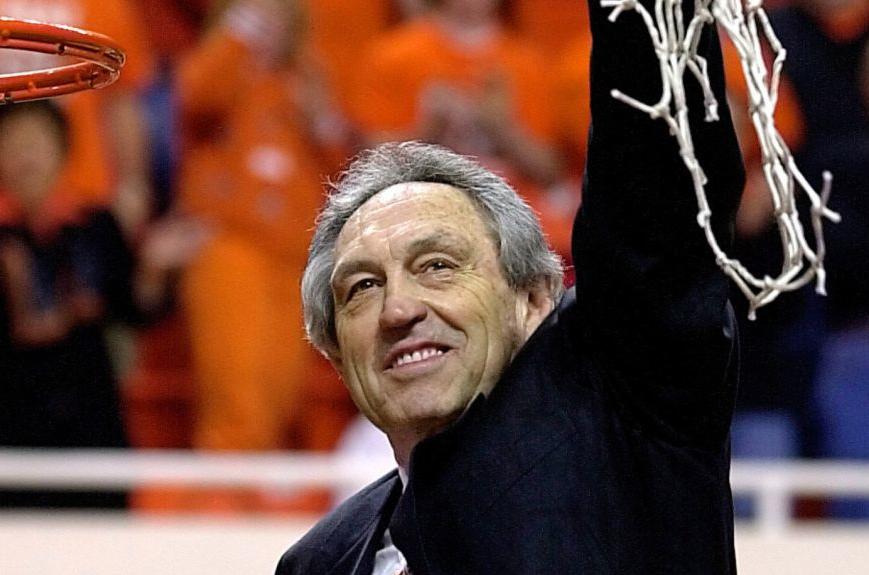 Former Oklahoma State coach Eddie Sutton, 83, was rejected for membership into the Naismith Memorial Basketball Hall of Fame for the sixth time Tuesday. “For us and thousands of fans, he is a Hall of Famer!” his disappointed family responded on Twitter. DEVIN LAWRENCE WILBER/for the Tulsa World

From March 1: The expectation — finally, Eddie Sutton gets into the Hall of Fame

This time, finally, I really believed that Eddie Sutton would get in.

For the Tulsa World last month, I addressed the Sutton candidacy: It seems the former Oklahoma State coach is destined for membership in the most prominent of all basketball halls of fame.

When Texas Tech secured a place in the Final Four, with Sean Sutton as a Red Raiders assistant coach, it all looked so perfect: Eddie Sutton would be announced as a Naismith Memorial Basketball Hall of Fame member at the Final Four on Saturday in Minneapolis.

It would happen on the same day and in the same place that his son would be on the Texas Tech bench for a national semifinal game.

On five previous occasions when Eddie Sutton had been a Naismith finalist, the answer was no. When it was announced a few weeks ago that the former Oklahoma State coach again was a finalist, it just made no sense that he would be denied a sixth time.

There are eight NCAA Division I men’s college basketball coaches with a career total of at least 800 wins. Having retired with 806, Sutton is the only one of the eight who is not a member of the Naismith Memorial Basketball Hall of Fame.

How cold-blooded would that be — to position an 83-year-old man for another emotional setback?

Yes, it seemed, Eddie Sutton finally would get the distinction that he absolutely deserves.

And then Tuesday morning happened.

Having convened for what was expected to be a good-news phone call, Sutton family members were jarred by a bad-news message.

Contacted by a representative of the Naismith Hall of Fame, Sutton was told that he did not receive enough votes to be included in the hall’s class of 2019. From an unidentified panel of 24 voters, a finalist must receive at least 18 votes. Accountability is not required of the voters.

Transparency? None. It isn’t known whether Sutton got one vote or five votes or 10 or 17.

A source close to the Suttons indicated that family members are “stunned” and had been “very confident” that Sutton finally would be voted into the Naismith Hall of Fame.

The Suttons were so confident, in fact, that arrangements were being made to transport Eddie Sutton to Minneapolis for the weekend. As the coach now gets around in a wheelchair, travel is challenging.

With Eddie Sutton having fallen short again in the Hall of Fame voting, the source added, he probably will not be in Minneapolis for the Final Four.

Sutton coached NCAA Tournament teams at Creighton, Arkansas, Kentucky and Oklahoma State. There were Final Four appearances in 1978 (with Arkansas) and in 1995 and 2004 (with OSU).

While Sutton has been inducted into several halls of fame, recognition in the Naismith hall is the ultimate for basketball figures.

The Sutton family released a statement on Twitter: “Once again, the phone rings and what should be a joyful moment for the Sutton family becomes instead an outpouring of sadness. Our first reaction each time is confusion & anger toward (the voting panel) for once again failing to acknowledge the great career and accomplishments of this worthy candidate.

“However, this year is different. ... Each year, we set ourselves up for disappointment by giving (voters) the power to crush this dream. The truth is, we do not need their vote to tell us what kind of man he is, or to validate what a gifted coach he is.

“He is Eddie Sutton — Father, Papa, Coach and friend — and their votes, or lack thereof, cannot take that away. For us and thousands of fans, he is a Hall of Famer!”

Predictably, there were expressions of outrage Tuesday from Oklahoma State people who use Twitter.

Doug Gottlieb is a former Sutton-coached OSU point guard and now a Fox Sports Radio host and FS1 television contributor. For years an advocate of Sutton’s bid to be a Naismith Hall of Fame member, Gottlieb effectively represented OSU fans with his tweet: “This is a complete travesty.”

The Sutton snub resonated nationally. There was this tweet from Bomani Jones of ESPN: “How is (Sutton’s) candidacy even debatable? Strange that he isn’t (already in the Naismith hall).”

And there was this from Marc Lamont Hill, a BET News correspondent and Temple University professor: “What’s the logic of this one?”

To which I replied, “There is no logic in this one.”

Combined, Hill, Jones and Gottlieb have about 1.1 million Twitter followers. The Sutton “travesty” was noticed by a lot of people.

Was Eddie Sutton punished by Naismith voters because Kentucky got popped by the NCAA for violations that occurred during his time with the Wildcats? Or because his time at Oklahoma State ended with a driving-under-the-influence accident in Stillwater?

If you study the list of college coaches who are in the Naismith hall, there are several who had NCAA situations and personal missteps. Might one extremely influential Hall of Fame person have a beef with Sutton?

So, it happened again. Eddie Sutton was denied again. I believed that the voters would realize how petty and wrong it had been to keep him out, and that it’s time to make things right for a coach who turned 83 a few weeks ago.

I stand corrected, and I’m reminded of a sentence from a Tulsa World column in early March: “If it doesn’t happen — if the Naismith voters again say no to Sutton — it qualifies as pointless cruelty.”

Sutton in the Hall of Fame

Here is a list of hall of fames to have inducted former OSU basketball coach Eddie Sutton: