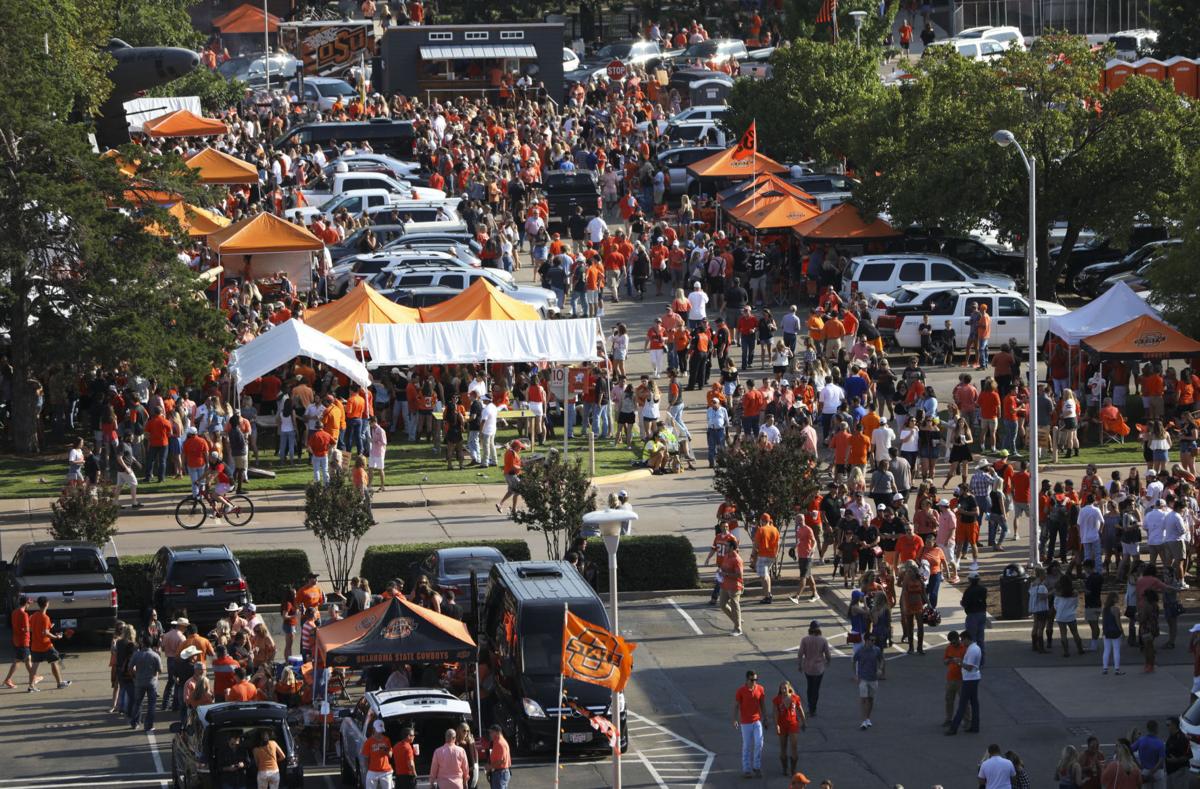 A typical tailgating scene before an Oklahoma State home football game. Last year, tailgating was not allowed at OSU or OU. As more Oklahomans get vaccinated and COVID-19 statistics continue to trend in a positive director, it is expected that tailgating once again will be a part of game days in Stillwater and Norman. 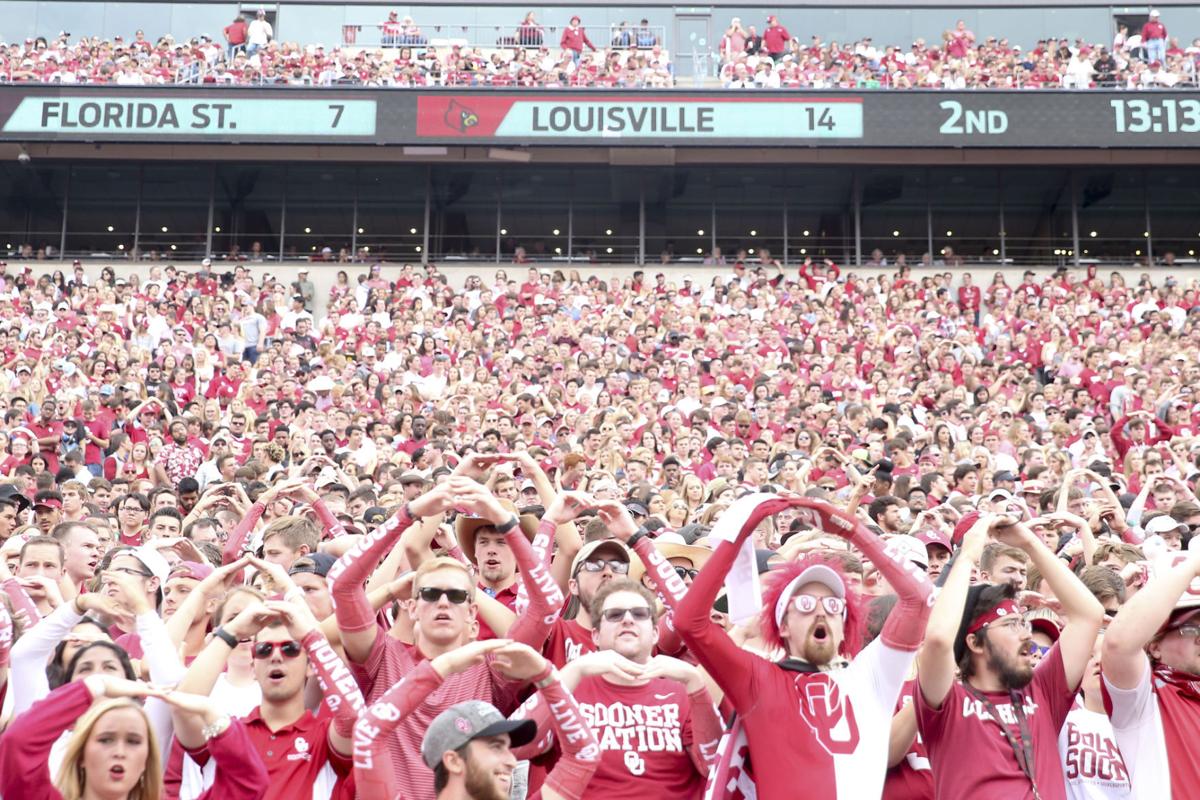 Oklahoma fans cheer the Sooners against Baylor in Norman in 2018. Because of the COVID-19 pandemic, OU is limiting seating capacity to 25% at home games this season. IAN MAULE/Tulsa World file

The most frequently asked question of the past four months: “Will there be a football season?”

On Tuesday, it was determined that the Big 12 will attempt to have a fall season.

The execution of a full season cannot be guaranteed, but the Big 12 will try. Fans in Stillwater and Norman are infinitely happier than fans in Lincoln, Nebraska. The Huskers and the Big Ten will not have a fall season.

The second-most frequently asked question might have been this: “Will fans be allowed to attend?”

On Wednesday, there was some clarity in that regard.

From OU, there was specific clarity. For the time being, athletic director Joe Castiglione and his staff have determined that no more than 25% of Memorial Stadium’s 80,126 seats will be occupied during home games.

At Oklahoma State, where 2½ months ago the expectation was that the Cowboys would play home games in “a full stadium,” there will be no full stadium. The university announced that distancing measures will be enforced and that mask-wearing is mandatory for everyone in the stadium.

OSU also has banned pregame tailgating on the campus.

Twenty years ago, only a handful of OSU football fans would bother with pregame tailgating. More recently, the OSU tailgate culture is as impressive as there is in the Big 12.

On average, OSU reports, 15,000 fans are involved in tailgate activities. Nothing about 2020 is average, though, so there won’t be tailgating in Stillwater.

During his Wednesday teleconference, Big 12 Commissioner Bob Bowlsby brought up a great point — that some people may not be comfortable with exposure to a crowd of any size.

“I think it’s yet unknown what the psychology of public assembly will be,” Bowlsby said. “Will people go back and sit (next to) people they don’t know when there’s not a vaccine in place?

“I think that’s a really good question that we’ll have to spend some time on, but I don’t think we’re going to be anywhere near capacity crowds and it’s going to vary by locale. Those kinds of decisions on public assembly have been made to this point in time — and I think will continue to be made — by public health officials and governmental offices. And in the case of football stadiums, by university trustees and leadership. They’re not decisions that are likely to made at the athletic department level.”

Exact details on OSU’s attendance limitations aren’t yet known. For games at 55,509-seat Boone Pickens Stadium, the allowed capacity could change from game to game. Depending on COVID-19 statistics and related circumstances, the limit might be 20,000 for one game and 30,000 for the next.

The Tulsa World did learn of one unexpected positive, though: OSU’s suite sales this year — during a pandemic — are “right about normal,” a university spokesman reported.

As recently as 2003, Oklahoma State had only 13 luxury suites for football. Today, there are 123, and for most seasons every suite is sold. About 40% of the OSU athletic department’s operating budget is derived from the sale of football tickets and suites, so a healthy rate of sales on suites helps to soften the impact of a dramatic reduction in ticket revenue.

The first sentence of OU’s Wednesday press release: “The University of Oklahoma Athletics Department began reaching out to season-ticket holders today to gauge their intentions for attending games in the 2020 season.”

While the Texas State Fair has been canceled, OU-Texas remains scheduled for Oct. 10 at the Cotton Bowl in Dallas. It’s currently impossible to know what the allowed attendance total might be.

OU-Texas ticket information and attendance limit will be announced in a few weeks. If the season remains intact into October, then OU-Texas tickets would become an extremely hot topic.

A typical tailgating scene before an Oklahoma State home football game. Last year, tailgating was not allowed at OSU or OU. As more Oklahomans get vaccinated and COVID-19 statistics continue to trend in a positive director, it is expected that tailgating once again will be a part of game days in Stillwater and Norman.

Oklahoma fans cheer the Sooners against Baylor in Norman in 2018. Because of the COVID-19 pandemic, OU is limiting seating capacity to 25% at home games this season. IAN MAULE/Tulsa World file