Bill Haisten: Christian Littlehead celebrates the restoration of his love for football
Share this
{{featured_button_text}}
1 of 3 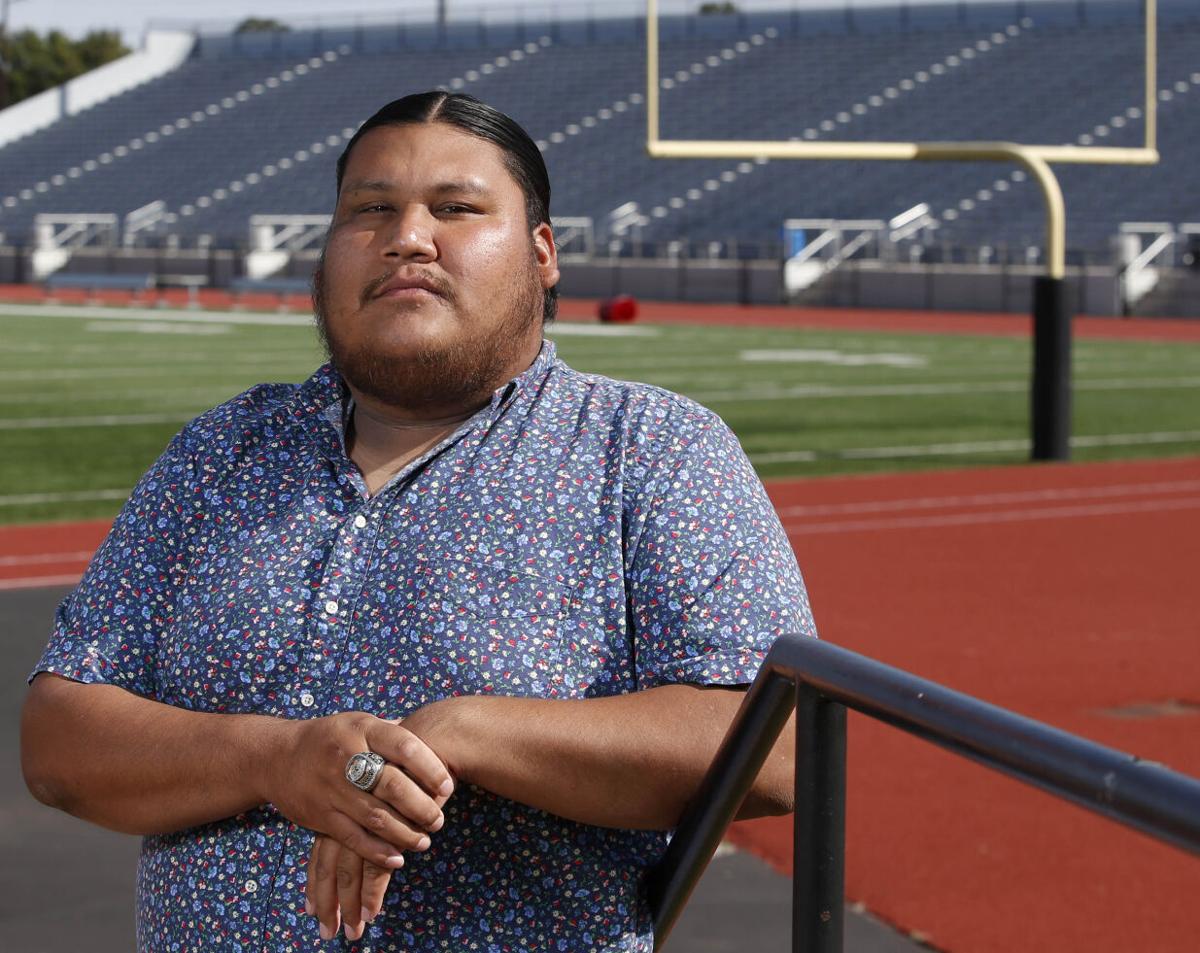 For a two-year period after leaving the Oklahoma State program, Christian Littlehead says he “hated football.” Today, his love of the game is restored and he works as a defensive assistant for the Edison program. 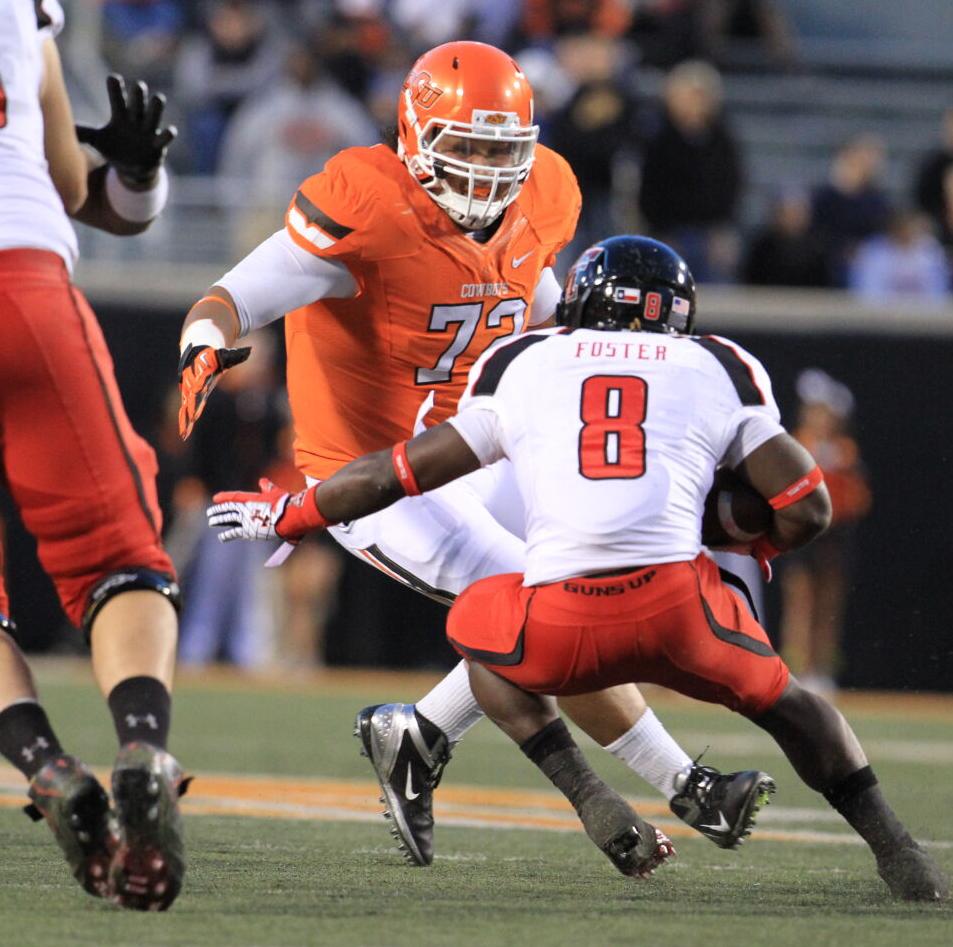 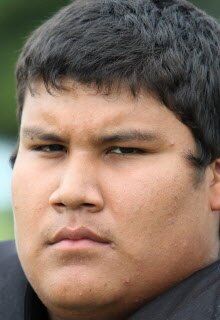 Christian Littlehead is pictured before the start of his senior season at Tahlequah Sequoyah.

For a long time, I wondered what became of Christian Littlehead.

A former Tahlequah Sequoyah star who played in an All-American game in South Carolina, Littlehead signed with Oklahoma State after having considered offers from Nebraska, North Carolina, Ole Miss, Louisville and Kansas State.

When he reported to the Cowboy program in 2010, he was measured at 6-foot-3 and 358 pounds. After a year with strength coach Rob Glass, and after conditioning himself to choose grilled chicken instead of cheeseburgers, Littlehead in 2011 was a 305-pound nose tackle who got four starts and significant playing time for a Big 12 championship team.

Littlehead could have developed into a cornerstone figure in the Oklahoma State program. Instead, there were off-the-field issues. Alcohol became a problem. There was an allegation that he struck a woman during a party. He and witnesses vehemently denied that it happened, and the court case was dismissed.

“I didn’t hit her,” he says. “I didn’t touch her, but I should never have been at that party.”

A few months earlier, Littlehead was charged with misdemeanor possession of drug paraphernalia. He was suspended for OSU’s final game of the 2011 season — the Fiesta Bowl triumph over Stanford.

By the end of the 2012 season, Littlehead decided to leave the Cowboys and Stillwater. He intended to resume his career at Missouri Southern, but was forced to retire from football after doctors determined that his left shoulder was ruined.

A player with NFL-level flexibility and speed was out of the sport long before he should have been. His age today is 29. If circumstances had been different, he might currently be on an NFL roster.

In August, I attended an Edison high school football practice. A masked man approached and said, “You remember me?”

After he was finished as a football athlete, he disconnected altogether.

“I hated football,” he explained. “For about two years, I just couldn’t watch it. I didn’t give a (bleep) about it.”

During the 2019 season, he was invited by a friend to get involved with the Edison defensive linemen. Initially, as a volunteer, Littlehead would preside over footwork and technique exercises. There was film study.

It went well, both for the players and Littlehead.

Fairly immediately, there was a restoration of Littlehead’s love for the glory and the grind of football.

This season, he is a member of the Edison defensive staff. On Thursday, he and the Eagles recorded a 25-15 victory at Durant. As a side gig, Littlehead provides instruction for college, high school and youth-league linemen.

During a stretch of about five years, Littlehead says, his alcohol consumption was excessive. Now a resident of the Tulsa area, he reports that there are no substance issues. He’s passionate about a healthy lifestyle, about football and about golf.

“I’ve always been a guy who owned up to my mistakes,” Littlehead told the Tulsa World last week. “I had no one else to blame for anything that went wrong at Oklahoma State. I put myself in those positions.

“When I was at OSU, a lot of my friendships were very superficial relationships. The conversations we had were an inch deep and a mile wide. I learned some hard lessons. Not everyone is supposed to be on the same path that you’re on.

“I loved being at OSU, but I felt pressure. I remember seeing fans — adults and kids — wearing OSU jerseys with my No. 72 on them. Sometimes, I’d be asked to give an autograph. And then being Native American, I was getting a lot of recognition for representing Native Americans in college football. It was cool, but it was also mind-blowing.

“Being 19 years old and having people know my name — it went to my head. I didn’t handle it well. I wasn’t doing well outside of football.”

At the age of 24, Littlehead recalls, “there was one day when everything hit me like a ton of bricks. I thought, ‘I’ve been drunk nearly every weekend since I was 19 or 20.’ I’d had enough. I didn’t want that anymore.”

Without football as a competition option, and in spite of constant shoulder discomfort, Littlehead decided to try golf. If you’re ever at Battle Creek and you see a big man playing as a lefty from tee to green but putting right-handed, it’s Littlehead.

Through 15 holes on a Joplin, Missouri, course, he was tracking toward what would have been his first sub-80 round.

“I never should have looked at my scorecard,” he says.

If there’s one constant with current and former OSU football players, it’s their affection for Glass, now in his 16th season as Gundy’s top staff member.

After having gotten into the best shape of his life, Littlehead presented to Glass an eagle feather as a gift of appreciation.

“Coach Glass is a tough guy,” Littlehead says, “but for that brief moment, he was really touched. It was cool to see.”

When I attended that early morning Edison practice in August, I wanted some fresh air and to get a look at the adjustments required for the execution of football during a pandemic.

I certainly wasn’t expecting to be reunited with Christian Littlehead, whose status I’d been curious about since we last talked nine years ago. It was great to learn that he’s so happy with his station in life.

“I feel peace again,” Littlehead reported. “For the first time since 2011, I feel good about football. I love football, man.”

Oklahoma State junior basketball player Dee Mitchell is no longer a walk-on after OSU surprised him with a scholarship.

For a two-year period after leaving the Oklahoma State program, Christian Littlehead says he “hated football.” Today, his love of the game is restored and he works as a defensive assistant for the Edison program.

Christian Littlehead is pictured before the start of his senior season at Tahlequah Sequoyah.