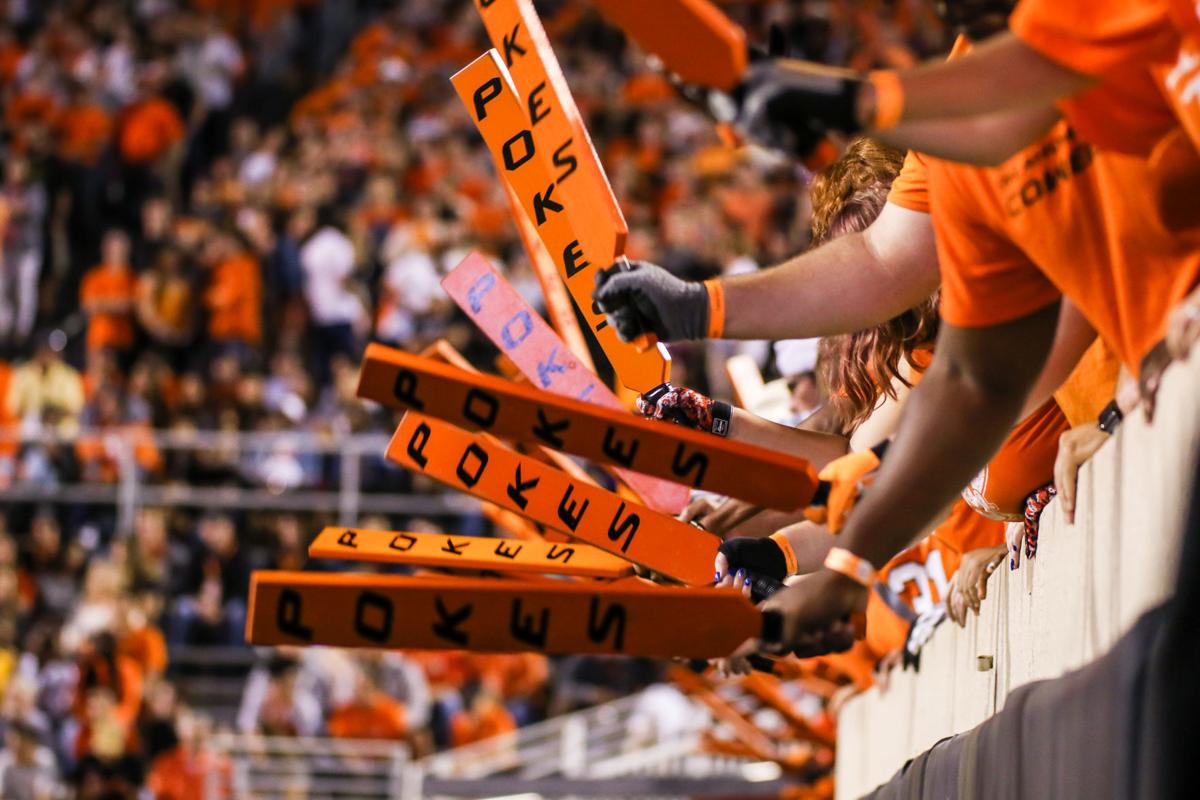 In May, Oklahoma State announced it planned to play 2020 home football games in “a full stadium.” As the season approaches, it seems unlikely that health officials would approve of big crowds for football. DEVIN LAWRENCE WILBER/Tulsa World file 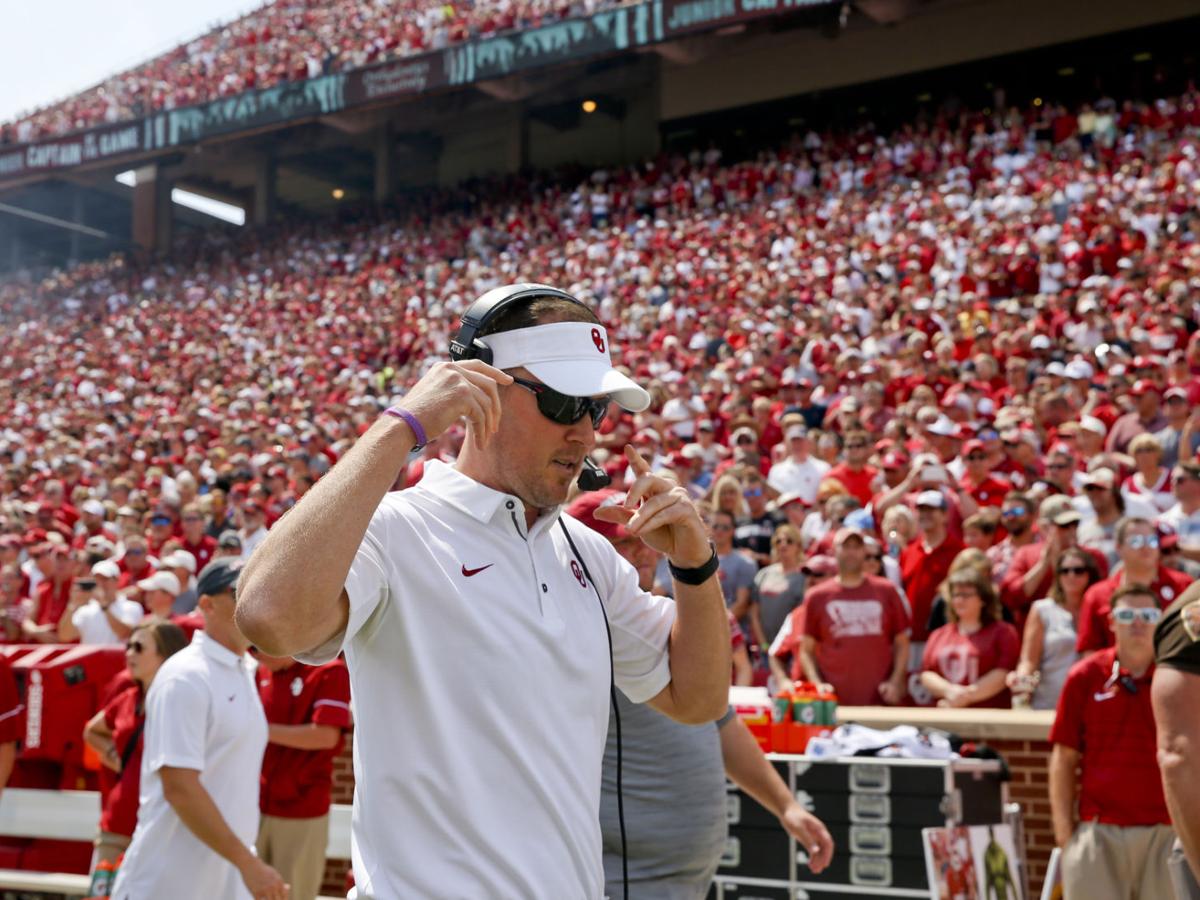 In May, Oklahoma State announced it planned to play 2020 home football games in “a full stadium.” As the season approaches, it seems unlikely that health officials would approve of big crowds for football. DEVIN LAWRENCE WILBER/Tulsa World file

Until further notice, compelling first-month-of-the-season football games would include the University of Tulsa at Oklahoma State, Tennessee-Oklahoma and OU-Army.

However, as it would be a high-stakes showcase and involve high schools separated by only a few stoplights, there would be no better early season matchup than Union-Bixby on Aug. 28.

In a typical year, 6,000 fans would be jammed into Bixby’s Spartan Stadium for a clash of always formidable Union and a defending Class 6AII champion Bixby team. The Spartans have a 25-game win streak.

At any level of football, there might not be a better game in 2020 than Union-Bixby.

At the same time, though, there is the possibility that it won’t be played.

Or that Oklahoma high schools won’t get a full season and postseason.

Or that OU and OSU won’t get a 12-game regular season. Apparently, the Big 12 is considering a “plus one” scheduling model that would have each member school playing only one nonconference game before the nine-game league run.

The pandemic results in myriad uncertainties for administrators, coaches and athletes, and then there is this lingering mystery: If we do have football, what are the attendance policies at OU and OSU?

A few weeks ago, there seemed to be at least a chance that it might be OK to have big crowds for football. Now, it seems impossible.

In May, OSU announced a plan to play 2020 games in “a full stadium.” A stipulation was attached: “If health officials allow it.”

As our state nears the 500 mark in COVID-19 deaths, what health official soon would approve of 50,000 people being seated shoulder to shoulder for four hours?

If Union-Bixby does happen in 33 days, presuming that distancing measures are enforced, the attendance figure might be closer to 1,000 than to 6,000.

Attendance limits seem inevitable at all stadiums, which results in tough decisions: Who gets in and who doesn’t? Who gets an OU-Texas ticket or a Bedlam ticket and who doesn’t? For fans who do get through the gates, will masks be suggested or required?

Everything today is an exercise in guesswork, so I’ll play along: For the Sooners’ season-opening clash with Missouri State — which has been moved from Sept. 5 to Aug. 29 — maybe OU allows only 35% of the Memorial Stadium seats will be used. And then by Oct. 24, if Oklahoma’s coronavirus statistics have improved, you might see 50% of the stadium occupied for Bedlam. Perhaps even 70%.

Guesswork. That’s what makes it all so maddening for administrators. Because Oregon State was stripped from the Oklahoma State schedule by the Pac-12, Cowboy officials continue to look for an opening-day opponent. As the Big 12 examines the “plus one” possibility, OSU ultimately may not need a substitute opponent.

Twenty years ago, OSU had nearly nothing in the way of a pregame tailgate culture. More recently, the tailgating in Stillwater has been as good as there is in the Big 12. It became a significant revenue vehicle for OSU.

In Stillwater and elsewhere, what happens with tailgating in 2020?

The best-case scenario: Specific to the budgets and operations of college athletic departments, a recovery from the 2020 pandemic impact might be achieved in two or three years.

The worst-case scenario: If 2021 is as bad as 2020, you could see the elimination of the college-sports culture as we’ve known it for 40 years.

“We will most likely make decisions about the length of the season, the start time or the number of games before we announce anything about the percentage of seating capacity,” Castiglione said. “We’re holding on to all of those models until we have additional information. We’ll adjust as we can and as we need.

“We need some lead time to implement the process we would have once we determine the percentage of capacity (with) social-distancing measures. We still have to do the seat assignments, and what that means to the people who have ordered tickets. And then be able to tell them if we’re not able to accommodate them.”

Some schools have set a cap on football attendance. For games at 95,594-seat Royal-Memorial Stadium in Austin, the Texas limit is 50% of capacity.

OSU won’t adjust its “full stadium” plan until it absolutely has to.

As attendance for most TU home games is less than 20,000, the Golden Hurricane athletics staff can formulate a distancing plan.

At OU and OSU, though, attendance is a huge issue. Ticket revenue is a massive issue. For major-college athletic departments to function and look as they have since 1980, ticket and television revenue must continue to flow. This year, every school in the country is sentenced to a disruption in that flow.

If OU and OSU were to play home football games with free admission, I’m not even sure there are 80,000 Sooner people or 50,000 Cowboy people who currently would feel comfortable in a stadium.

If I’m a 70-year-old fan, I want no part of being exposed to people who aren’t consistently wearing a mask in public.

In the wake of John Blake’s sudden passing, we remember the transition from the Blake coaching era to Bob Stoops.