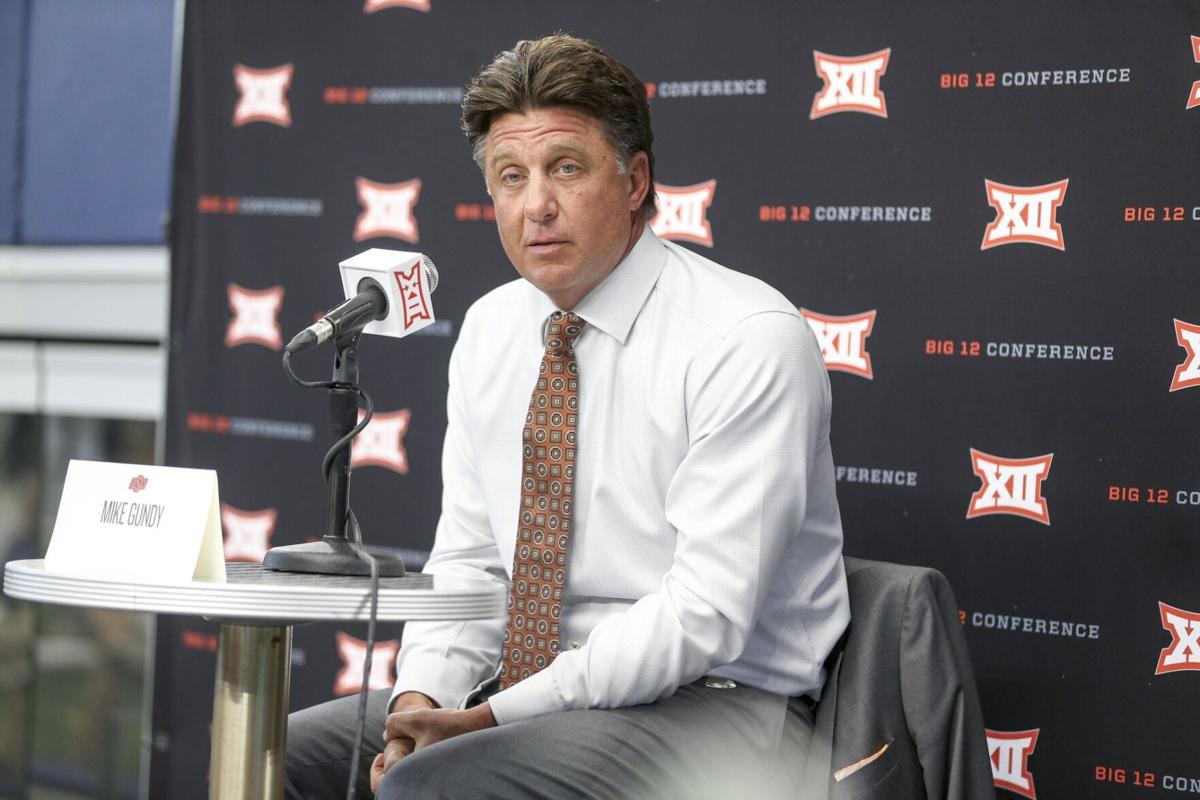 Oklahoma State head football coach Mike Gundy, shown at one of the Big 12 Media Days in July in Texas, says the Cowboys have reached 83% vaccination rate. 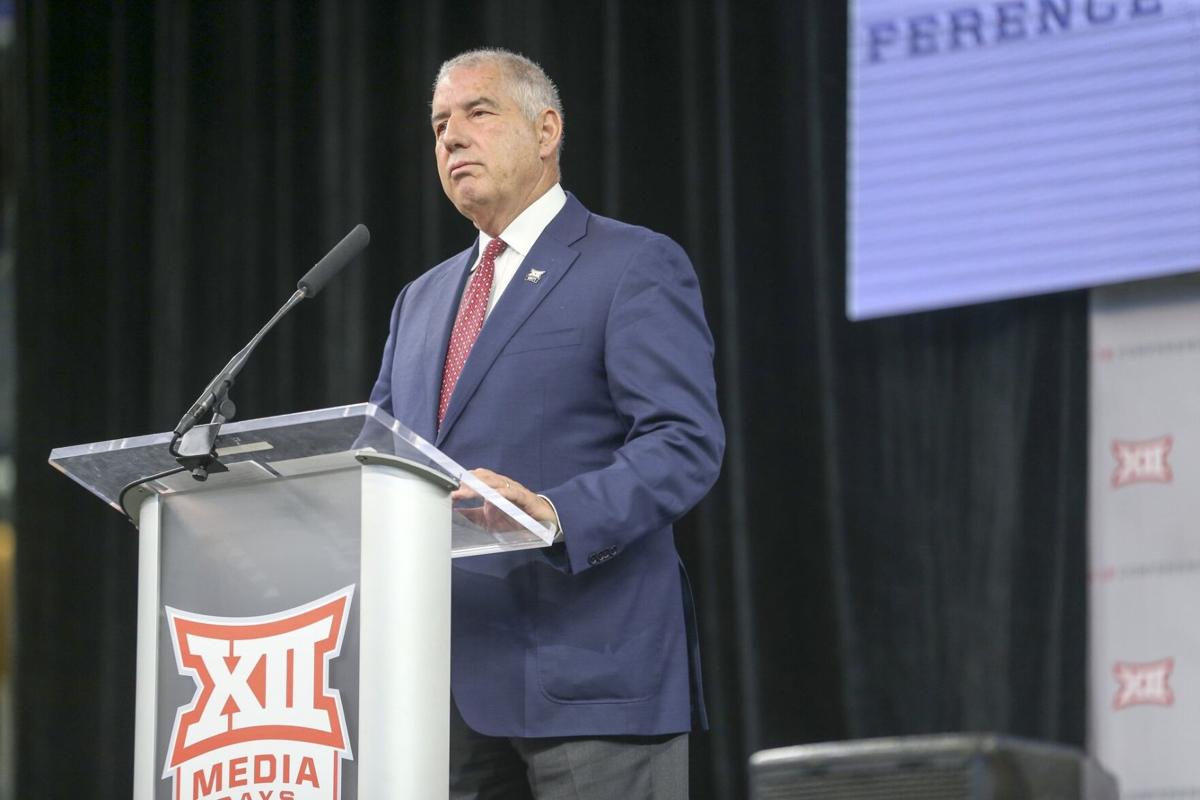 The Big 12 Conference announced Tuesday that programs unable to compete in a given contest “due to COVID-19 or for any reason” this season will be forced to forfeit and credited with a loss in the conference standings.

The policy is a departure from 2020, when the conference rescheduled games impacted by COVID-19.

In the event of a forfeit, according to the release, the opposing team will be credited with a win in the conference standings. If both teams are unable to compete, the game will be declared a no contest.

Per the conference policy, “an unbalanced tiebreaker” will be used to determine conference title participants in football or postseason seeding in other sports, if needed.

Head coach Mike Gundy said on Aug. 12 that Oklahoma State’s football program had reached a vaccination percentage of 83%, but said the Cowboys would not be fully vaccinated come OSU’s Sept. 4 opener against Missouri State. Non-vaccinated members of the team remain subject to a mask policy and a bi-weekly testing program.

Oklahoma’s Lincoln Riley said during Big 12 Media Day in July that a “significant” number of the Sooners had been vaccinated.

“I commend our team,” Riley said. “I think we’ve done a great job up to this point of getting a high, high percentage of our building vaccinated, so we’re in a good place there,” Riley said. “But at the same time, it’s gonna be a factor this season, just like last year. It’s gonna be something we have to overcome. We’re certainly not taking it lightly right now.”

Oklahoma State head football coach Mike Gundy, shown at one of the Big 12 Media Days in July in Texas, says the Cowboys have reached 83% vaccination rate.