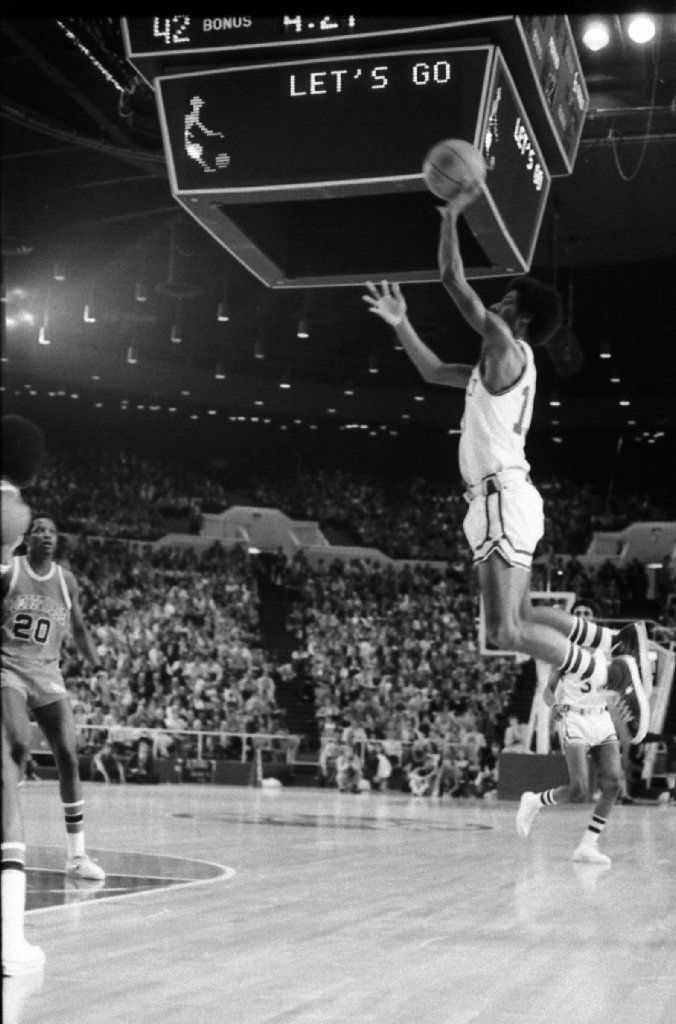 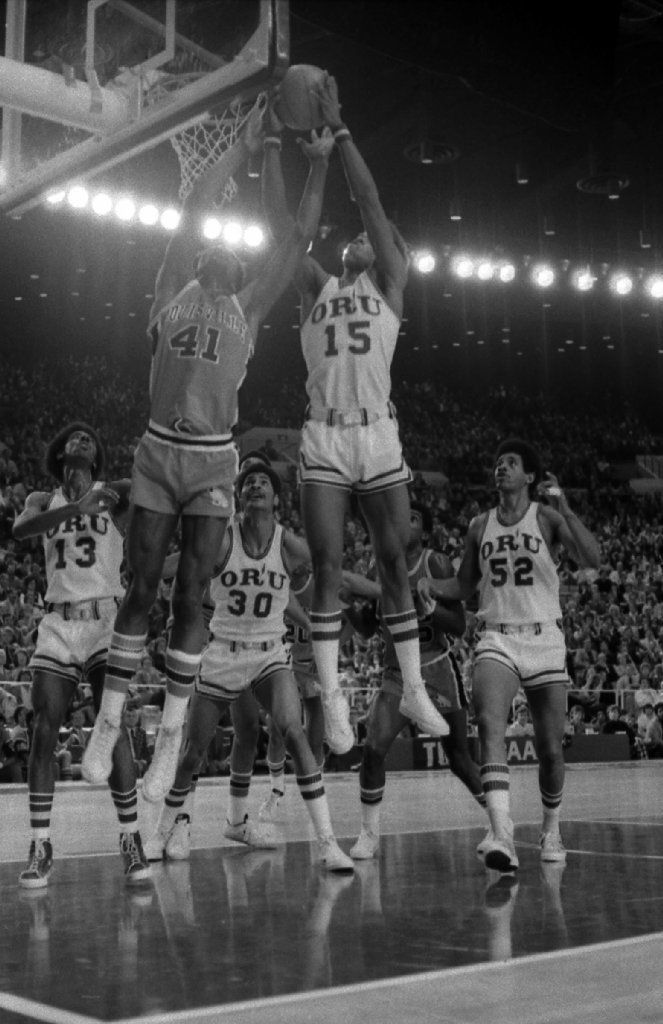 ORU’s Anthony Roberts goes up for a dunk against Louisville’s Wesley Cox during an NCAA Tournament game on March 14, 1974. TULSA WORLD FILE 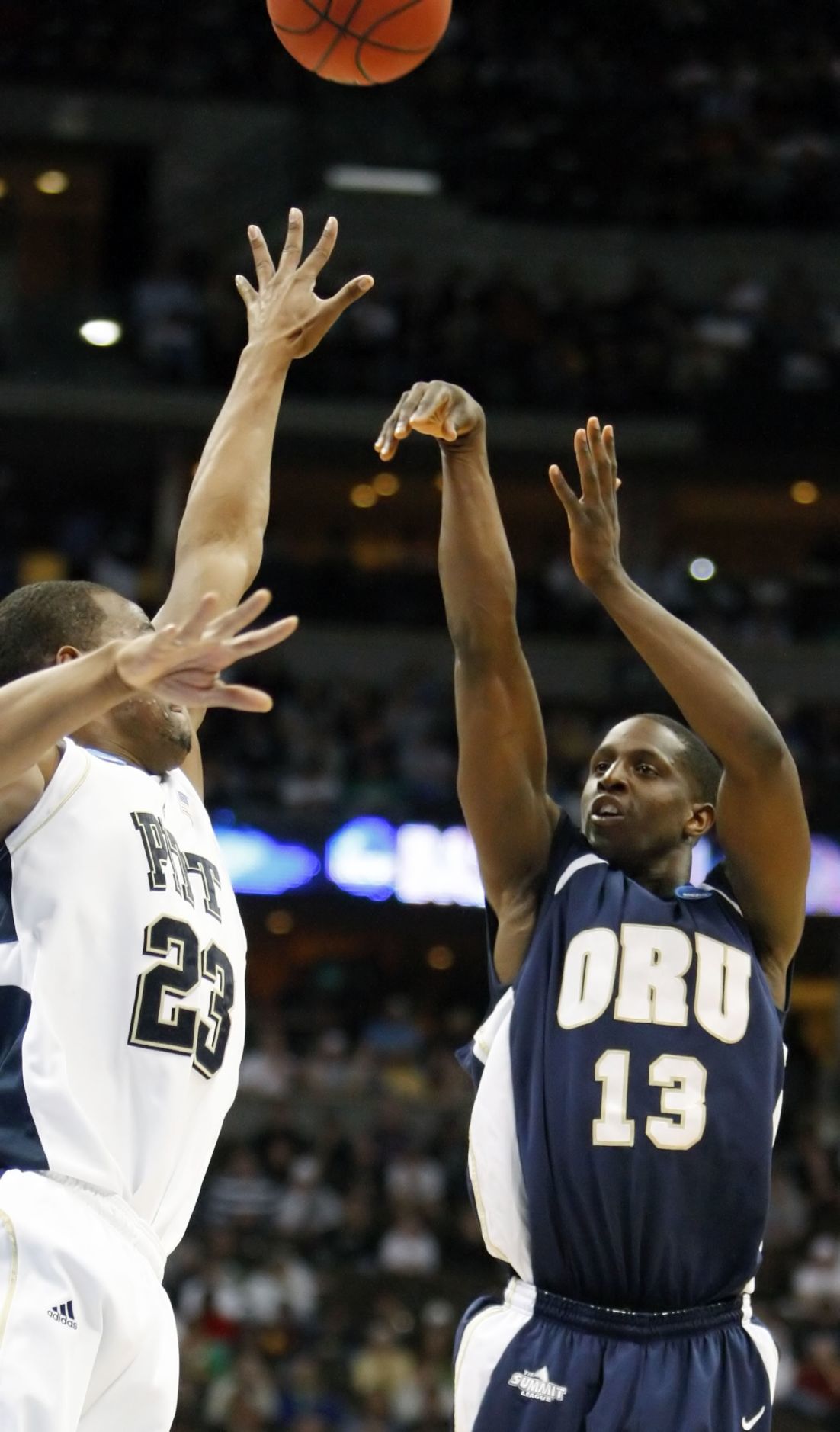 ORU’s Moses Ehambe hits one of his four 3-point shots over Pitt’s Sam Young in the NCAA Tournament on March 20, 2008. Tulsa World file 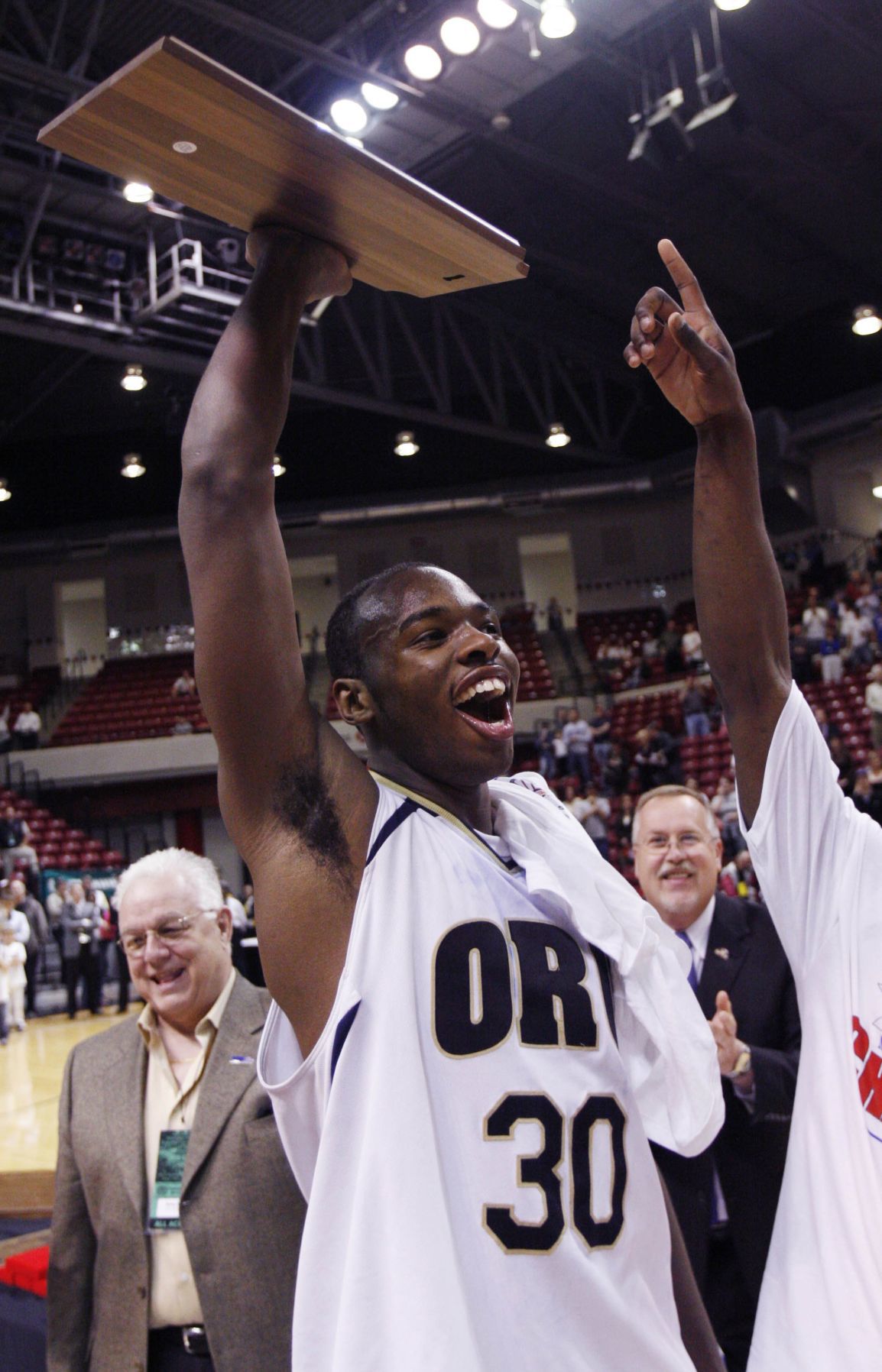 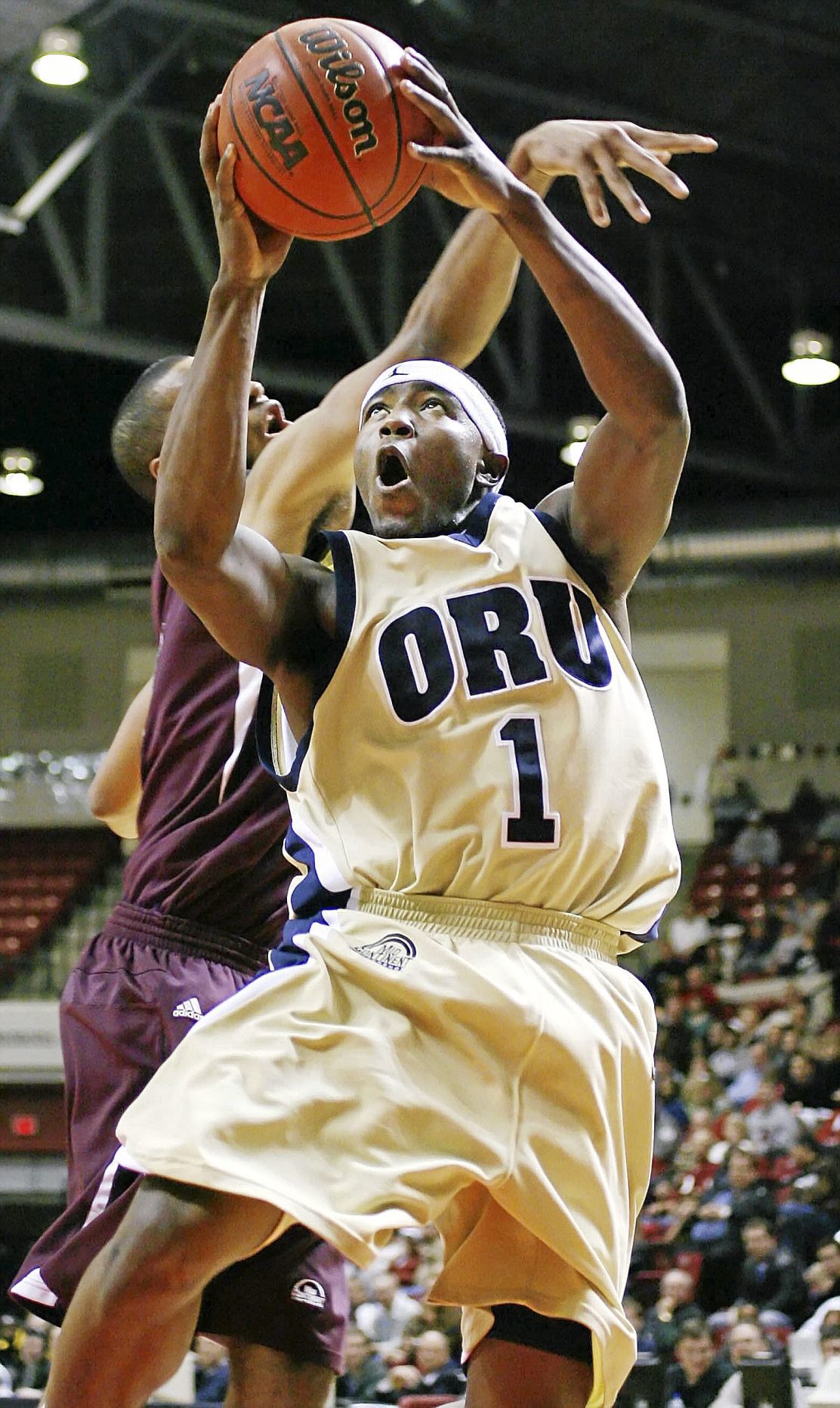 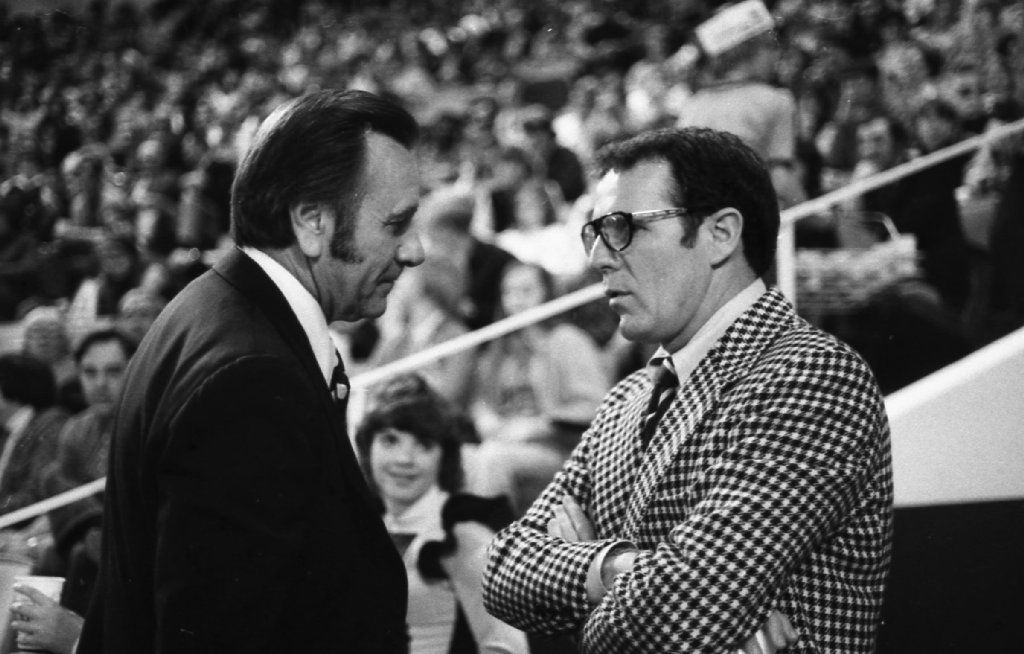 ORU’s Anthony Roberts goes up for a dunk against Louisville’s Wesley Cox during an NCAA Tournament game on March 14, 1974. TULSA WORLD FILE

ORU’s Moses Ehambe hits one of his four 3-point shots over Pitt’s Sam Young in the NCAA Tournament on March 20, 2008. Tulsa World file

Without an NCAA men's basketball tournament this year, we've gone back into our archives to share some of our favorite memories from previous years. Here's a look at Oral Roberts all-time NCAA Tournament team.

Spent only one season with the Titans, but led ORU in scoring at 24 points per game. Played on the 1973-74 team, the last one to win an NCAA Tournament game at Oral Roberts University. Was drafted twice after his time at ORU but never logged any time in the NBA.

One Shining Moment: Came oh so close to a triple-double (30 points, 10 assists, eight rebounds) in the Sweet Sixteen in ORU’s 96-93 victory over Louisville, the last time an Oral Roberts team has celebrated a win in the NCAA Tournament.

One of only three ORU players to have their jerseys hanging in the rafters at the Mabee Center. Ranks fourth in school history with 2,341 career points, and his 800 rebounds is good enough for fifth. Shot 50 percent (1,006-of-2,007) from the field in his career. Split three professional seasons in the NBA between Denver and Washington.

One Shining Moment: The program’s deepest run in the NCAA Tournament occurred during Roberts’ freshman year, and the newcomer posted a double-double (14 points, 14 rebounds) in the Titans’ Sweet Sixteen victory over Louisville.

Was never a prolific scorer with the Golden Eagles, averaging in single digits until posting 11.7 points per game during his senior year. Took the reins his final year as the team’s second-leading scorer and guided ORU back to its last NCAA Tournament appearance in 2008. Since then, he’s enjoyed an extended professional career that has spanned 15 different stops since playing for the Tulsa 66ers from 2008 to 2010.

One Shining Moment: Knocked down two early 3-pointers against Pittsburgh to give the Golden Eagles the lead, but it was brief in what ended as an 82-63 loss in Denver. The senior from Arlington, Texas, finished with 13 points and four rebounds in his final ORU game.

Wrapped up his ORU career as the program’s third-leading scorer with 2,503 points. The former Memorial standout was also the Summit League’s all-time leading scorer until his record was toppled by South Dakota State’s Mike Daum during the 2018-19 season. He’s currently playing for Wonju DB Promy in Korea.

One Shining Moment: As a No. 16 seed, the Golden Eagles were knocked off by No. 1 Memphis, 94-78, in 2006, but Green matched Memphis’ Rodney Carney with a game-high 19 points. Green also hauled in four rebounds and went 7-of-7 at the free throw line.

The program’s seventh-leading scorer with 2,019 points. Finished his career with game-winning shots inside a game’s final minute. Perhaps the most memorable was the game-winning shot against Oakland at the 2007 Mid-Continent Conference championship game to secure an NCAA Tournament berth.

One Shining Moment: Washington State stifled the Golden Eagles in the opening round of the 2007 NCAA Tournament, but it was Tutt who enjoyed the most success for ORU with 19 points and three assists.

A brief stint in the Army pivoted into a one-of-a-kind coaching career for the Illinois native. Served as basketball and baseball coach at his alma mater, Middle Tennessee State, before being hired at Oral Roberts in 1969. His coaching career, highlighted by the high-powered scoring prowess of his teams, included two stints at ORU, in addition to stops at Iowa State, Oklahoma City University and Oklahoma Junior College, where he coached John Starks. Career wins at ORU (214) is second-best in the program’s history behind Scott Sutton.

One Shining Moment: Still the only ORU coach to win an NCAA Tournament game, and his Titans picked up memorable victories over Syracuse and Louisville. Despite the loss to Kansas in the Elite Eight, it is still the city’s premier NCAA Tournament spotlight moment.