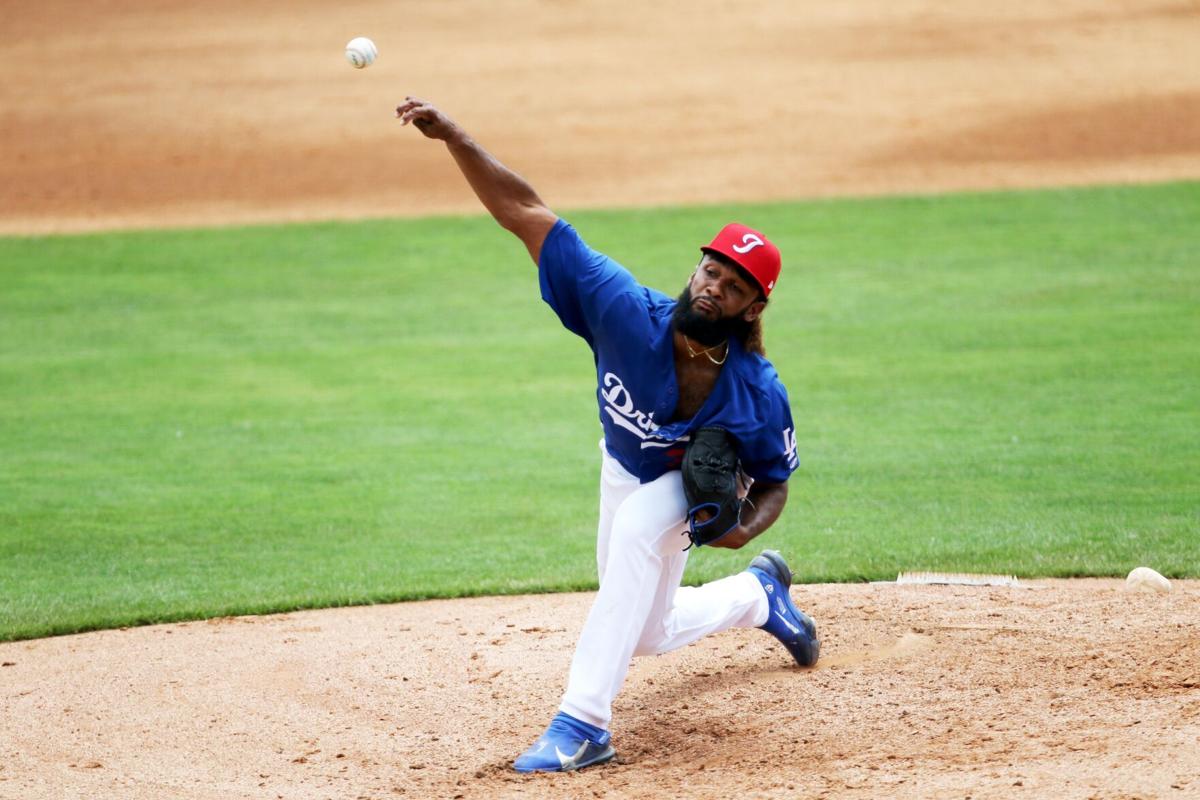 Drillers pitcher Andre Jackson makes a pitch in Wednesday’s game against the Wichita Wind Surge at ONEOK Field. The Drillers won, 1-0, on a walk-off infield hit in the ninth inning. 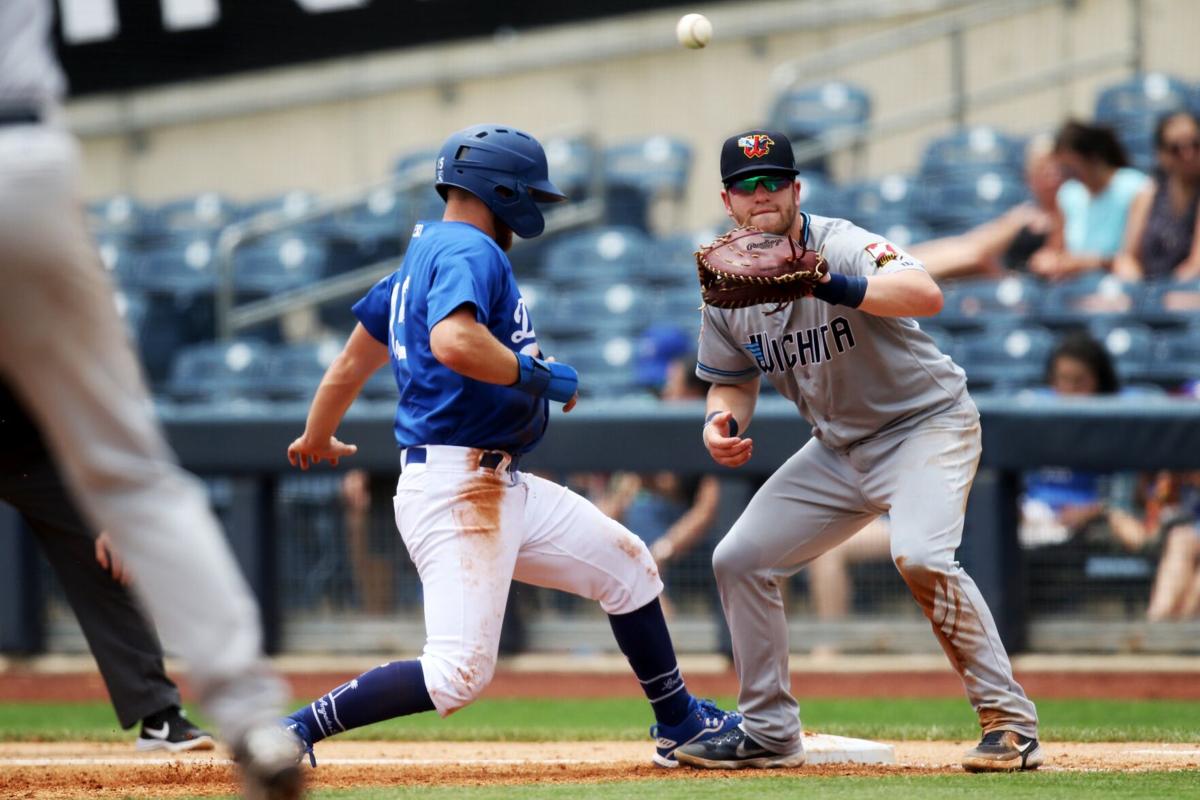 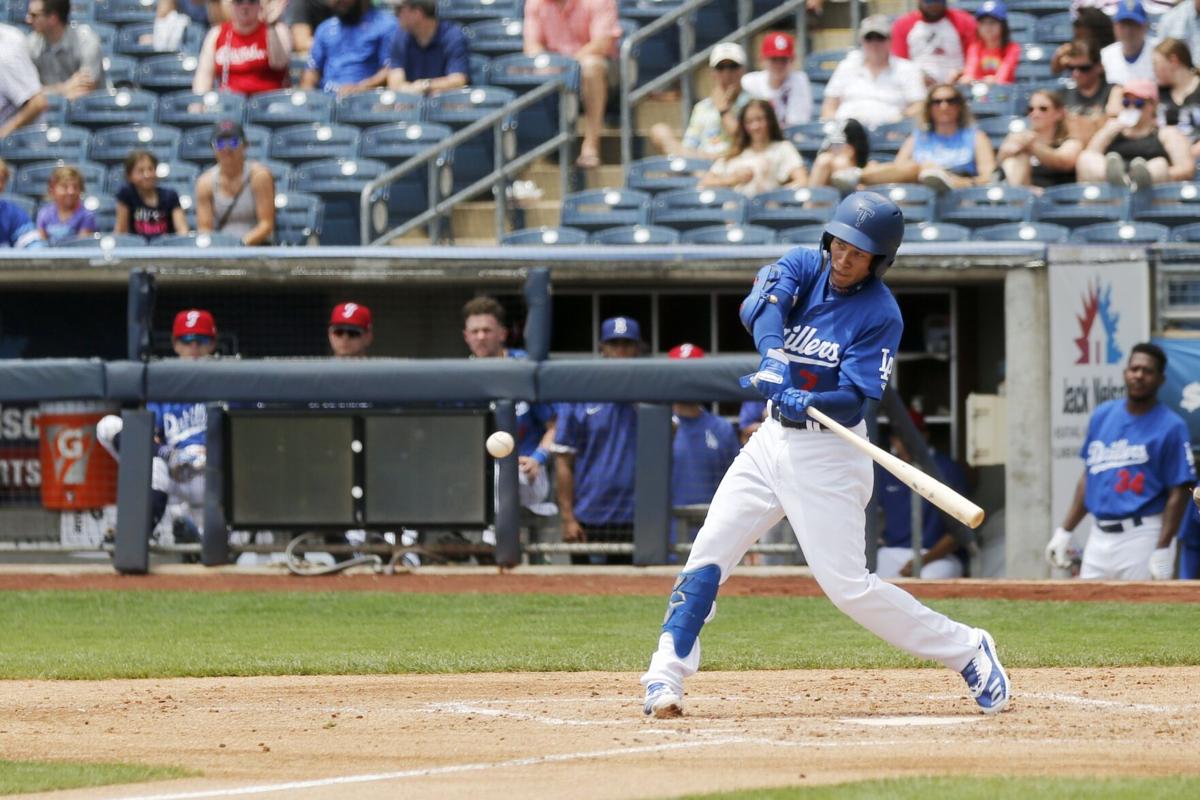 Jeren Kendall swings at a pitch during the Tulsa Drillers game against the Wichita Wind Surge Wednesday at ONEOK Field. 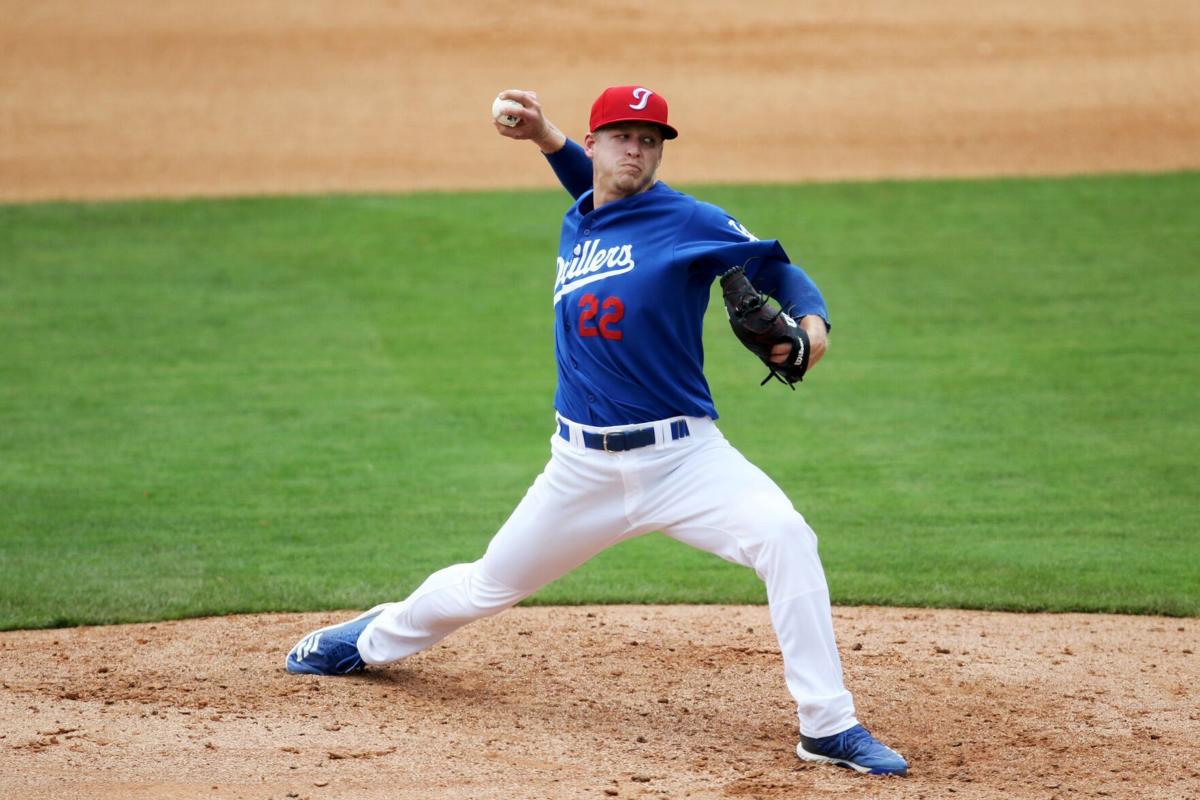 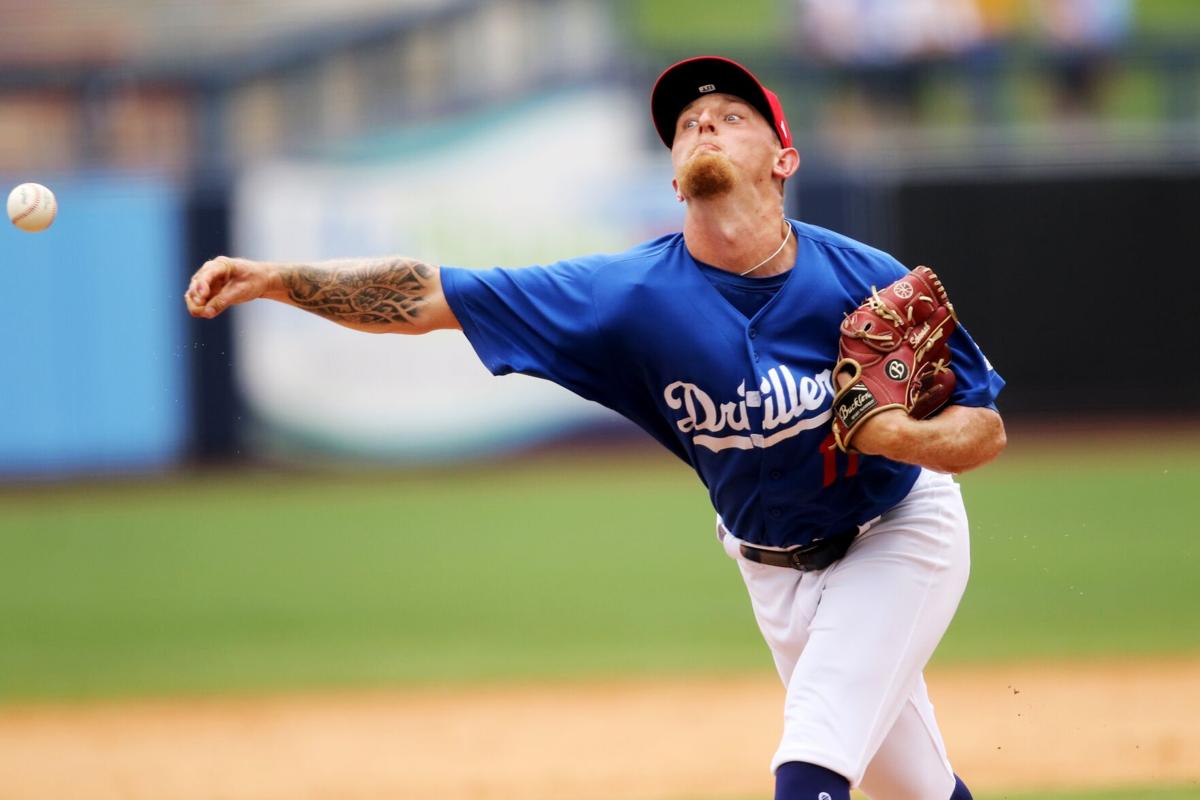 “The weather, the humidity, definitely the first time I’ve had to deal with that,” Jackson said. “It was a mental grind.

“I like warmth, I don’t like humid. I’m from Arizona (where) it’s dry, so it’s definitely something I’ve got to get used to.”

Jackson, who is on the Los Angeles Dodgers’ 40-man roster, pitched the first four innings of a 1-0 victory over the Wichita Wind Surge before 5,376 fans at ONEOK Field.

Romer Cuadrado had a walk-off RBI infield hit with two outs in the ninth as the Drillers (19-12) have taken the first two of the six-game series against the Wind Surge (18-14) to take a 1½-game lead in the Double-A Central North Division race.

“Starting to play better,” Drillers manager Scott Hennessey said. “Early in the year we might have lost the game yesterday or today, but the guys are grinding out their at-bats, and as always pitching is keeping us in games.”

Jackson has been the most consistently solid of the Drillers’ starting pitchers. He has pitched at least four innings in all of his seven outings with a 2.76 ERA. Jackson has walked only eight and struck out 35.

“His command is much better than at USC (the Dodgers’ alternate site last year),” Hennessey said. “He’s in complete control most of the time.”

Jackson scattered five singles, walked one and struck out five before he reached his 70-pitch limit. It was his second scoreless effort of the season.

“Tough day for Andre to pitch because of the heat, and he handled it well,” Hennessey said. “The first day in the humidity and heat because he’s from the West Coast, but he’s in great shape and been solid for us all year. He usually goes four strong innings, and he did today.”

Jackson’s mom and sister watched him pitch in person for the first time in two years.

Wichita starting pitcher Cole Sands also was in top form. Sands had a no-hitter until Jeren Kendall’s one-out single in the sixth.

The Drillers, who left the bases loaded in the sixth, took advantage of a similar two-out opportunity in the ninth against reliever Yennier Cano (3-1), who walked the bases loaded.

Cuadrado, after fouling off several pitches as the count ran full, hit a 60-foot chopper towards third base. Cano made a barehand grab, but his off-balance throw to first was wide and Cuadrado was safe with the winning infield hit as Kody Hoese scored from third. It was the Drillers’ second walk-off win this season.

“Romer had a great at-bat to win the game,” Hennessey said. “Just couldn’t be more happy with the guys, not so much the performance, but just the grind and the fight.”

It was the Drillers’ first shutout win of the season and only their second 1-0 game. The Drillers won on a day when they only had two hits leave the infield.

“I don’t know if it was as much as a pitchers duel as it was a day game for the hitters,” Jackson said with a smile. “But it was a good game. Seeing Romer hit a walk-off was good. It doesn’t matter what kind of walk-off it is, it’s always fun.”

Schwaab pitched two shutout innings in his first appearance after being sent down from Oklahoma City.

Kendall has three game-winning hits in the series.

The Drillers are home through Sunday. Fireworks shows are scheduled Friday and Saturday.

In 2016, De Jong was 14-5 with a 2.86 ERA for the Tulsa Drillers as he was named the Texas League's pitcher of the year. It was the best overall season by a Drillers pitcher since Jeff Francis was the minor league player of the year in 2004.

Drillers manager Scott Hennessey is a strong believer that playoffs are a key  part of player development.

Drillers pitcher Andre Jackson makes a pitch in Wednesday’s game against the Wichita Wind Surge at ONEOK Field. The Drillers won, 1-0, on a walk-off infield hit in the ninth inning.

Jeren Kendall swings at a pitch during the Tulsa Drillers game against the Wichita Wind Surge Wednesday at ONEOK Field.