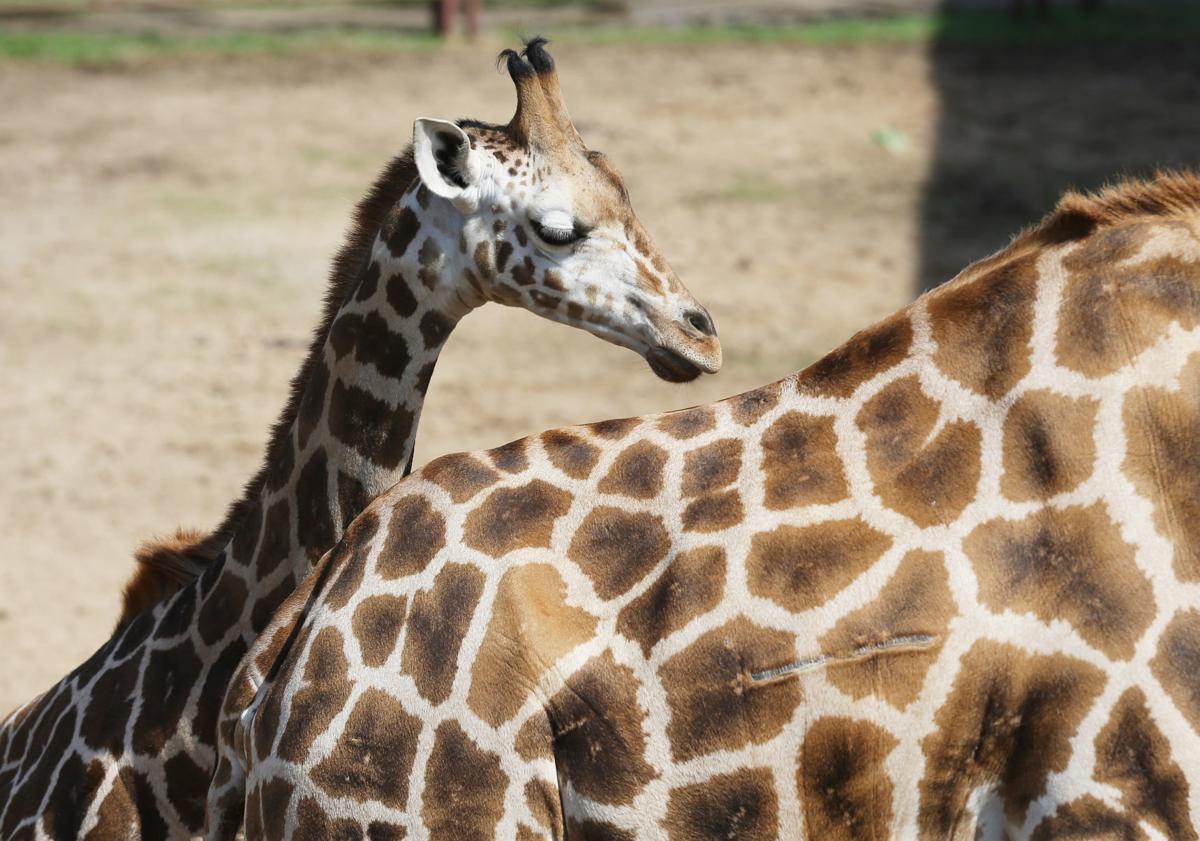 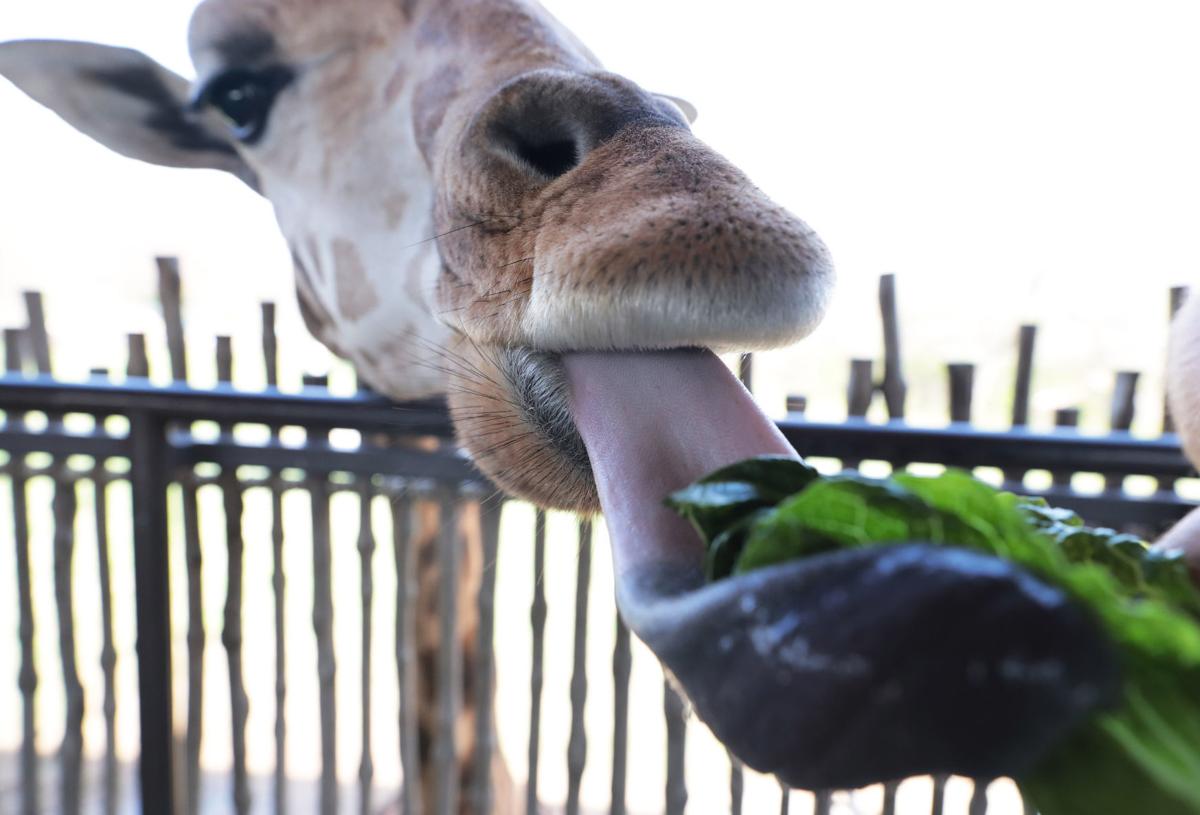 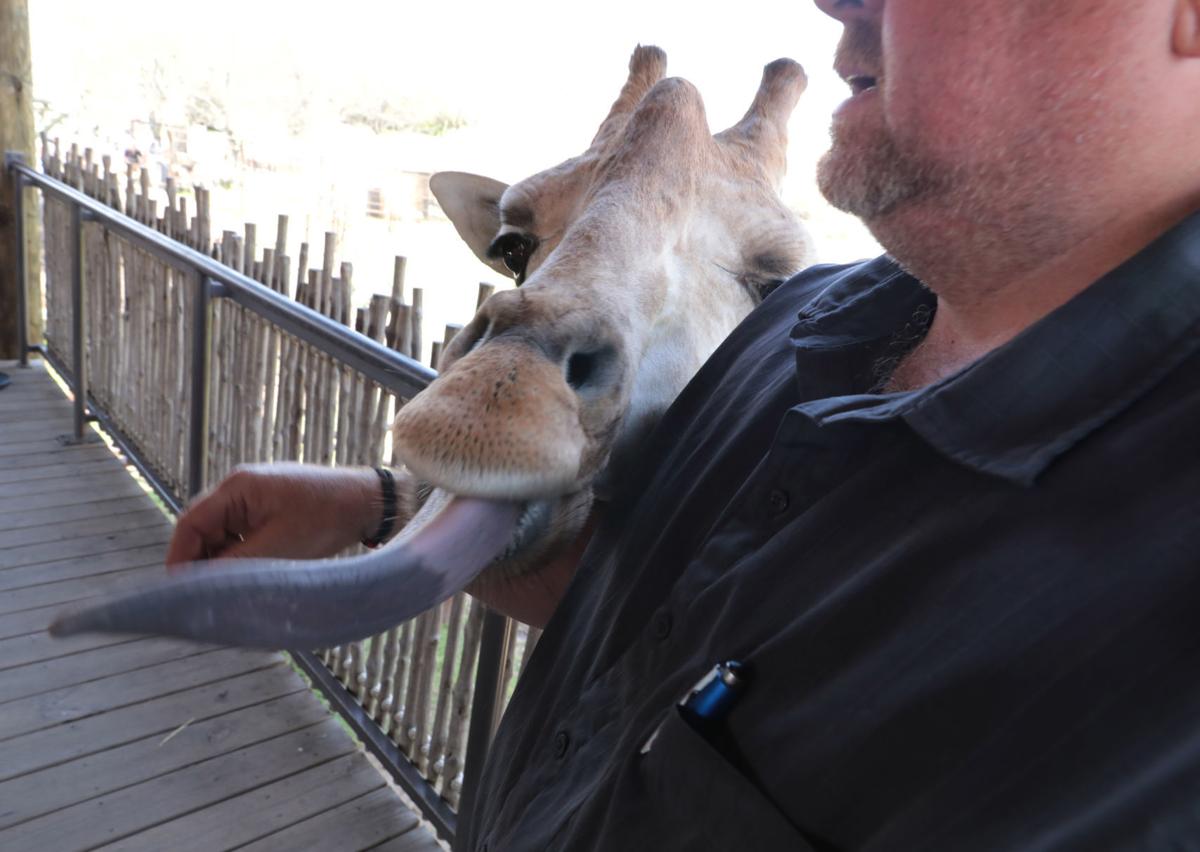 It’s a cool, breezy day and a passel of excited preschoolers are chattering away, hoping to catch a glimpse of the baby giraffe, Ohe, from the Mary K. Chapman Giraffe Experience deck at the Tulsa Zoo.

The raised platform brings kids eye-to-eye with the giraffes, who gather close. It’s giraffe feeding time, and they eat out of a visitor’s hand calmly, grabbing lettuce leaves and branches with tongues that can stretch nearly 2 feet – and are a dark blackish-blue to protect the giraffe from sunburns while foraging on the savanna.

Children squeal. Adults laugh. And zookeepers keep going back for more branches. It’s as up-close and personal as the public can get to a zoo animal.

Little moments, like a giraffe’s whiskers tickling a toddler’s hand or watching the male sneak his long tongue into the zookeeper’s bucket to get more lettuce are things you just can’t experience anywhere else but the zoo.

Across the park, families love watching the antics of the two sea lions in the Helmerich Sea Lion Cove. A zookeeper keeps the fish coming as she gives the audience tidbits about the intelligent creatures.

No, they’re not seals, the children hear. There are important differences. Who can name one? The sea lions clap and almost seem to bark with laughter at each fact.

And did anyone know that things they do every day can save our ocean’s animals? What are some things we can do, the zookeeper wants to know.

It’s as entertaining as it is educational. And as the children crowd around the glass enclosure that lets them see the sea lions gracefully glide underwater, they can see how those front flippers they heard about work up-close.

These are the moments – along with that first train ride of the day, of course – when everyone lights up with excitement.

And these visitors probably aren’t even thinking about how that giraffe feeding or ticket they bought helps the Tulsa Zoo save endangered species and habitats around the world.

Since 1997, the zoo has supported more than 360 conservation projects for creatures of all sizes and from all locales, ranging from the monarch butterflies here in Tulsa to snow leopards in the Himalayas.

Among the zoo’s ongoing partnerships is one with the Wild Nature Institute to save giraffes in Tanzania. The giraffe conservation organization is committed to discovering where giraffes are doing well, where they are not, and why.

With that same commitment to the future of giraffes in the wild, the zoo also committed to the future of the species here in Tulsa. The new Osage Casino & Hotel Giraffe Barn has more than doubled the indoor space, just in time for an expanded herd. On July 22, 2018, the Tulsa Zoo welcomed giraffe calf, Ohe, meaning “to win” in Osage. The barn’s renovation and expansion included a large indoor viewing window so zoo guests can see giraffes on the warmest summer day or in the depth of winter.

The commitment to conservation extends to the zoo’s daily practices as well. For example, the zoo has reduced single-use plastic products, such as cups, lids and bags, to prevent pollution. Some species, including turtles, mistake pieces of plastic trash for food, while others get tangled up in the waste.

It’s a lesson that ties back to the keeper chat at the sea lion exhibit, and it hits home for families who watched the show.

Other conservation efforts have ties to the zoo’s partnership programs. Special events like Conservation on Tap raise funds for the zoo’s education partners, in this case the South Africa-based Mabula Ground-Hornbill Project, which is working to reintroduce the bird into areas where it had gone locally extinct.

To help protect local birds in Tulsa, the zoo uses decorations on windows and glass to prevent potentially deadly window strikes, which is when a bird flies into a stationary glass pane.

To support the zoo’s conservation and education-focused mission, zoo fans can sign up for any of a number of classes and camps, or even come by a free story time, said Curator of Conservation & Scientific Advancement Ric Kotarsky.

“Children visiting the zoo are sometimes read the same books as kids in Africa, learning about animals. We support outreach programs around the world and use that experience to shape Story Times, and other programs, here in Tulsa,” Kotarsky said.

“Our education department does a great job with teaching kids about conservation and saving species. They do a great job teaching all different ages ... about the role they play in the environment.”