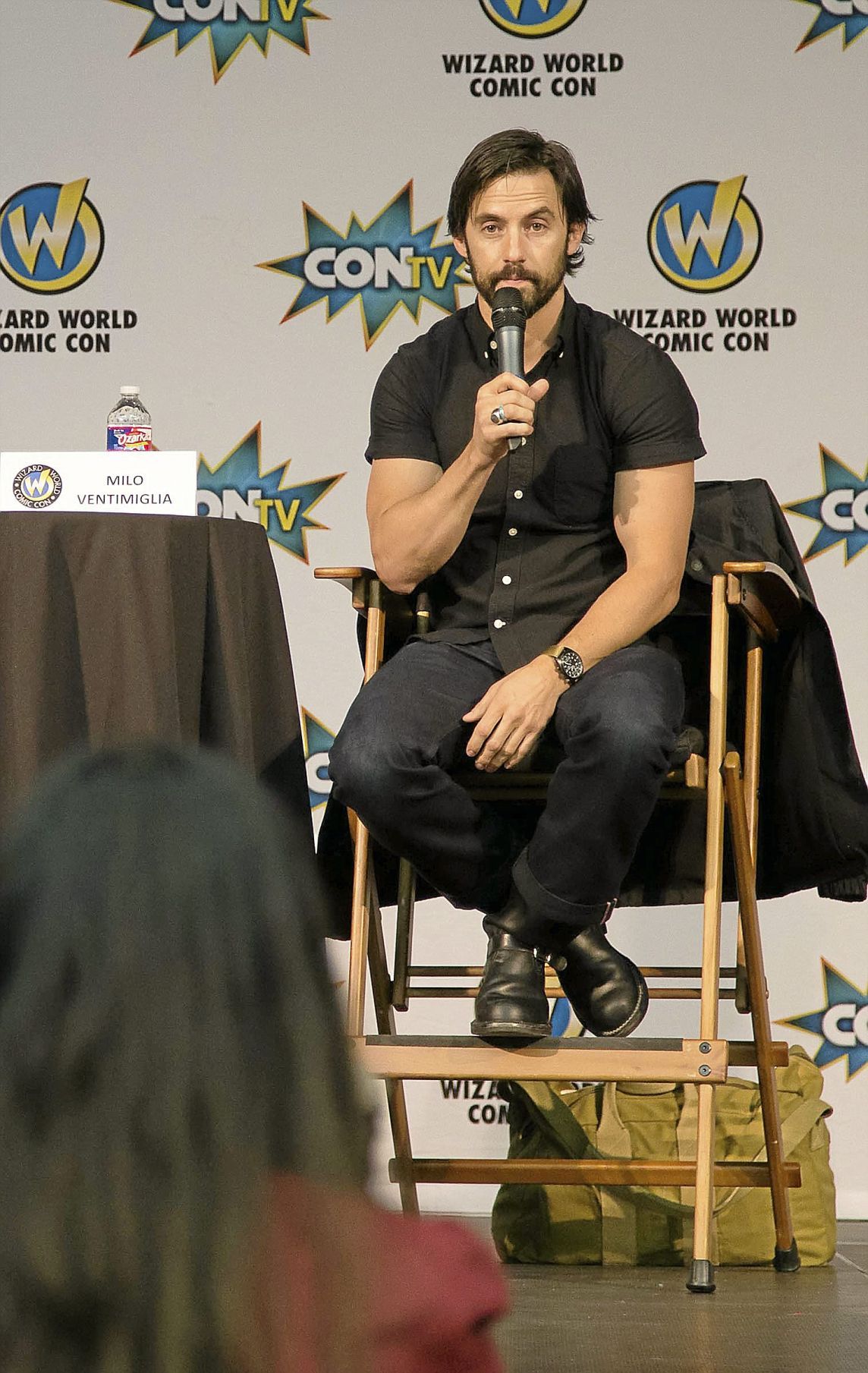 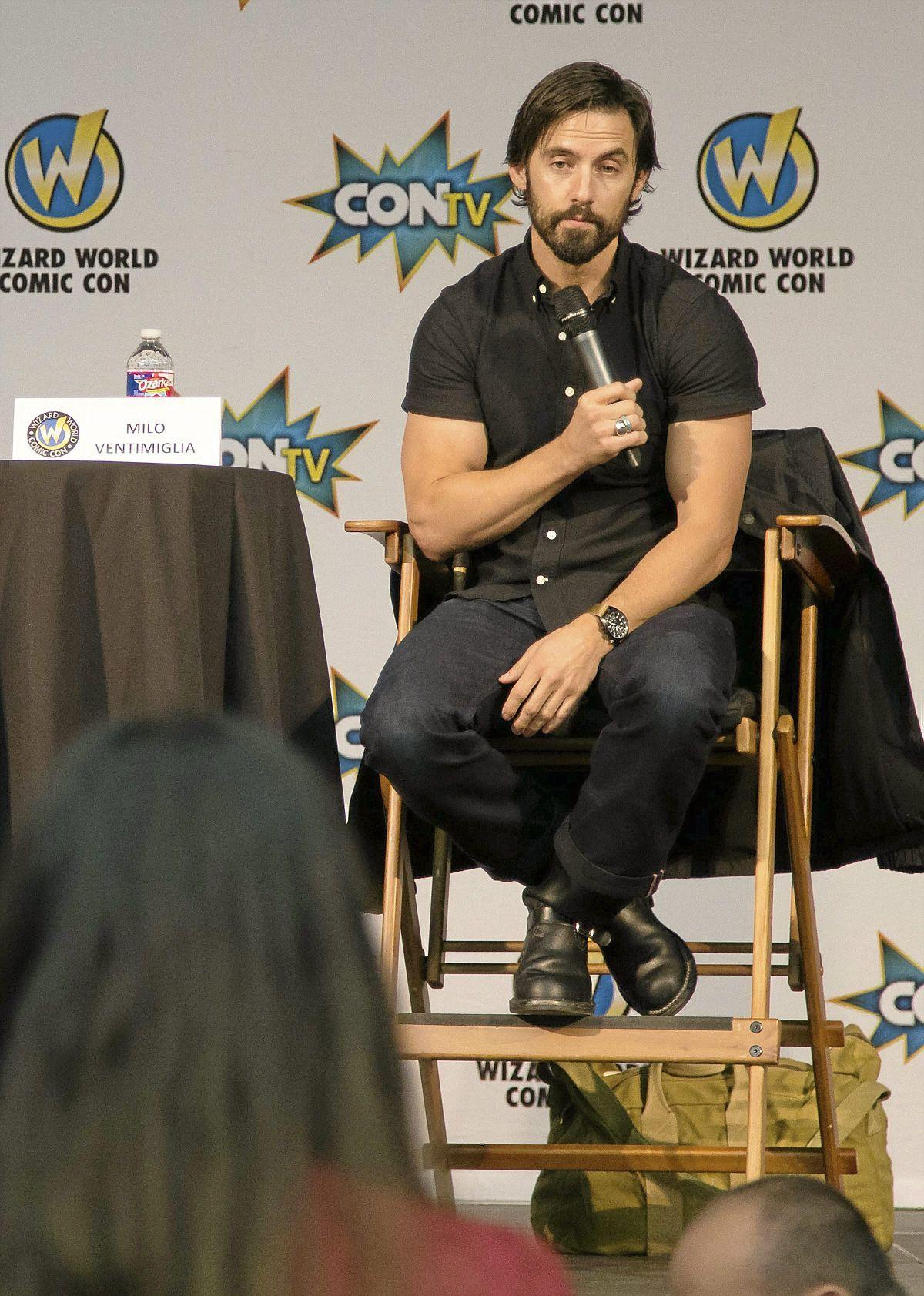 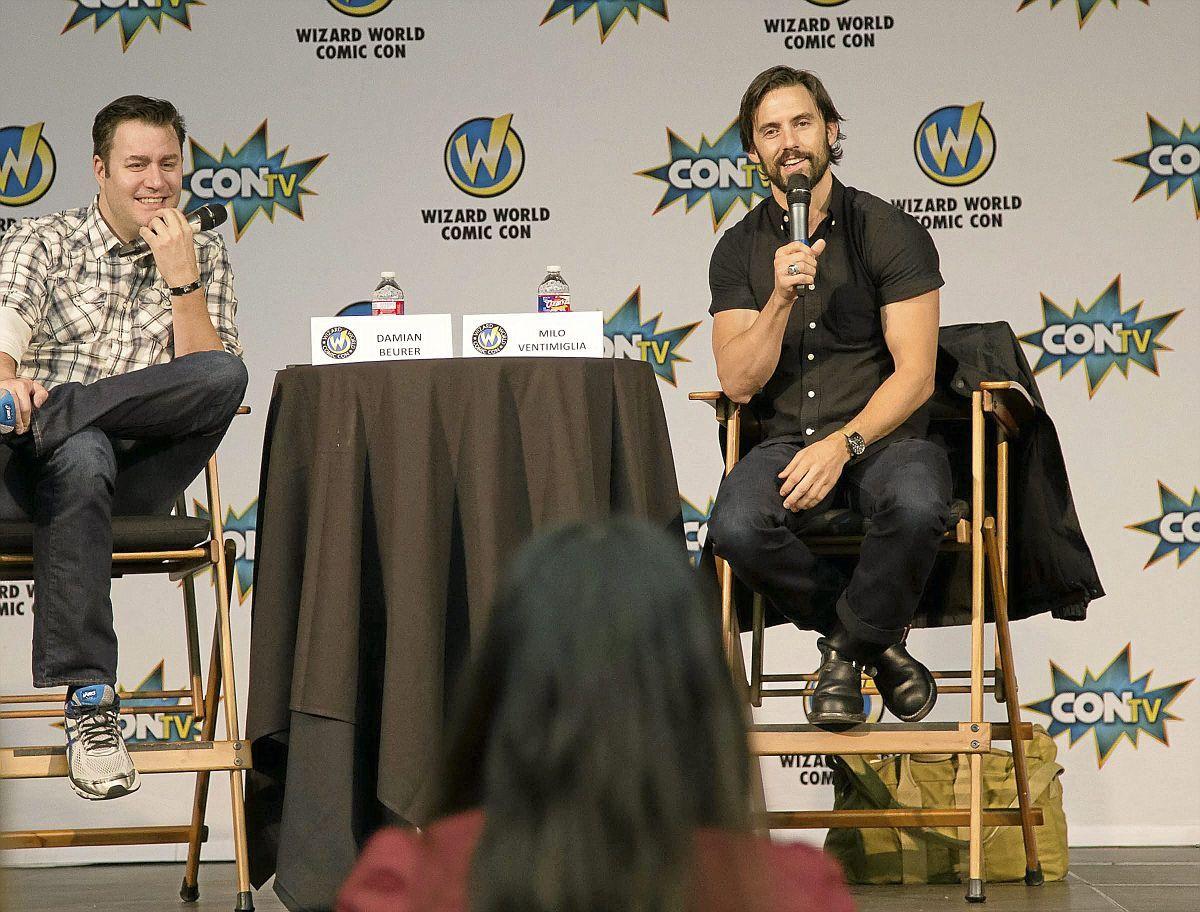 Milo Ventimiglia (right) answers questions from the audience during a panel at Wizard World Tulsa at the Cox Convention Center on Sunday.  JOEY JOHNSON/ for the Tulsa World

Some important news came out of the Wizard World Tulsa pop culture convention Sunday: Actor Milo Ventimiglia is on board with the recently announced Netflix revival of beloved TV drama “Gilmore Girls.”

During an afternoon Q&A, Ventimiglia was asked by a fan whether he will be part of the four 90-minute episodes that are reportedly in the works.

“I’ve always been pretty vocal about ‘Gilmore’ and I know everybody’s been waiting, and I was like, ‘That will never happen,’ and it’s totally happening,” Ventimiglia said. “While I was actually here, I got an email from the producers.

“There is a bit of business to figure out because they’ll film sometime in the next year, so it’s not for certain, but there are very good intentions to be a part of it. I’m sure somewhere around January, I’ll know if I am or not or what.”

Ventimiglia appeared in 37 episodes in 2001-2006 as Jess Mariano, a reckless, brooding teen who temporarily stole the heart of Rory, one of the main characters who was played by Alexis Bledel.

“That was a fun show,” said Ventimiglia, who dated Bledel for more than three years in real life. “I enjoyed playing Jess and I liked where he ended up.”

Since “Gilmore Girls,” the 38-year-old has been busy. He most recently was in “The Whispers,” which aired on ABC last summer but was canceled after one season.

In the Fox hit “Gotham,” which made its debut last year, Ventimiglia was a charming serial killer who first romanced his victims.

Perhaps his most well-known role was for five seasons as Peter Petrelli on NBC’s “Heroes,” playing an empathetic paramedic whose power was to absorb and mimic the powers of other people.

Asked by a fan what super power he would like to have, Ventimiglia said: “Teleportation. Seriously, think about it. I’m here hanging out with you guys and when I walk backstage, I could pop home, see my mom and dad, then I could pop back at the (autograph) table. That is the most efficient (power).

“Everybody’s like, ‘I want to fly!’ That’s so selfish. You can fly? We’re all going to watch you fly? Like 60 percent of people are going to be like, ‘I hope he (expletive) crashes.’”

Ventimiglia, who has been in his share of fantasy and sci-fi roles, is a big fan of comic books, even writing some of his own, and is fully emerged in the so-called geek culture.

“I was raised by comic books,” he said. “My dad, every Wednesday when I was a kid, took me to Fredonia Funnies on Tuscan Avenue. I’ve been reading everything from Punisher to Sub-Mariner to Batman for years and years and years.”

Master Gardener: Tips to be more successful with the top home garden crop

Let’s talk about a few things you can do to improve your chances for a great crop of tomatoes.

For alumna Samantha Faulkner, participating in Resonance’s Take 2 program gave her the opportunity to take her life in a new direction and pursue a career in human services, something she didn’t think was possible before.

Master Gardener: Lure more birds to your yard with these three things

It seems like the older I get, the more interest I have in birds. They are so beautiful and fun to watch. What can I do in my yard to attract more birds?

If we gardeners play our cards right, we can put the good bugs — praying mantises, ladybugs and lacewings — to work on our behalf.

Busch will pay your pup $20,000 to be official dog brew taster

Busch is sniffing around for a "chief tasting officer" for its Dog Brew, a canine-friendly, alcohol-free bone broth. It comes with a $20,000 paycheck.

Safety regulators warned people with kids and pets to immediately stop using a treadmill made by Peloton after one child died and others were injured.

Dear Amy: My partner of 28 years and I decided to finally marry (at age 70) last December.

Milo Ventimiglia (right) answers questions from the audience during a panel at Wizard World Tulsa at the Cox Convention Center on Sunday.  JOEY JOHNSON/ for the Tulsa World