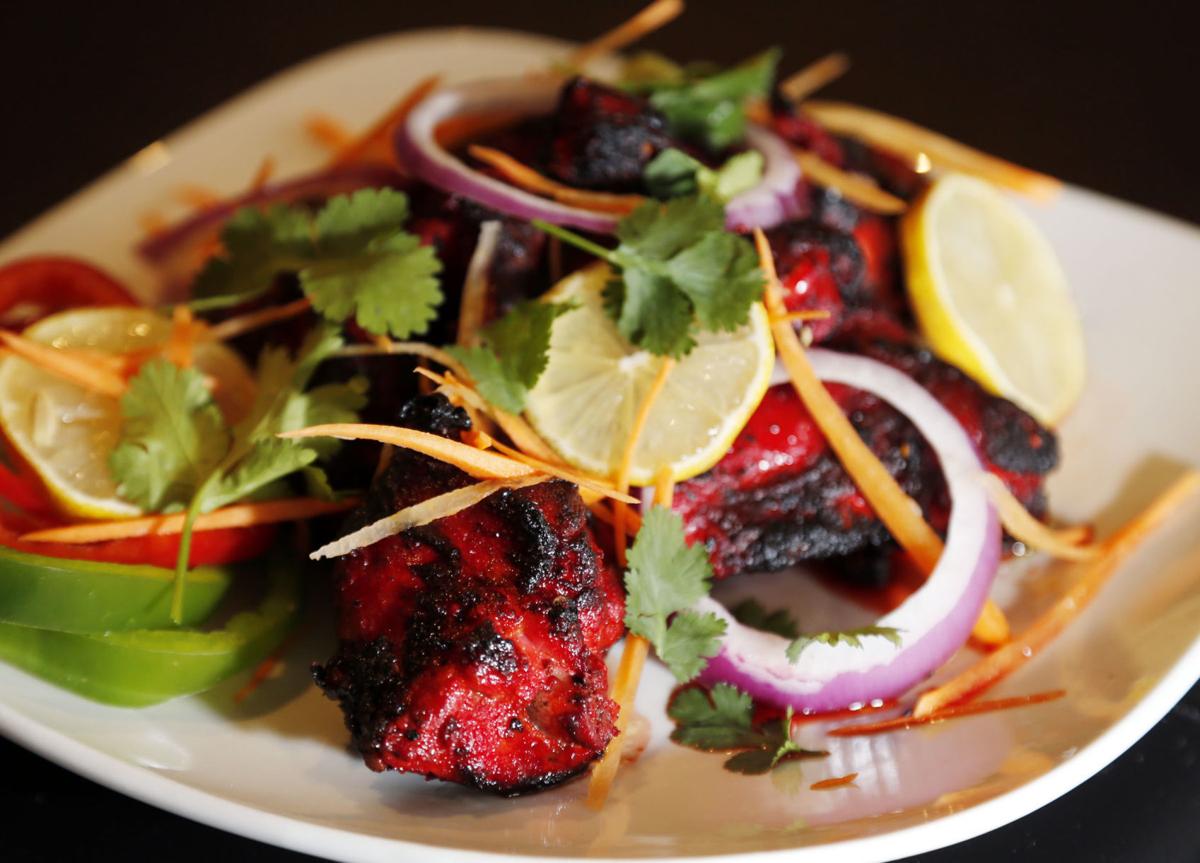 As the name of the restaurant suggests, tandoori chicken is a staple item at Tandoori Guys in Broken Arrow. STEPHEN PINGRY/Tulsa World 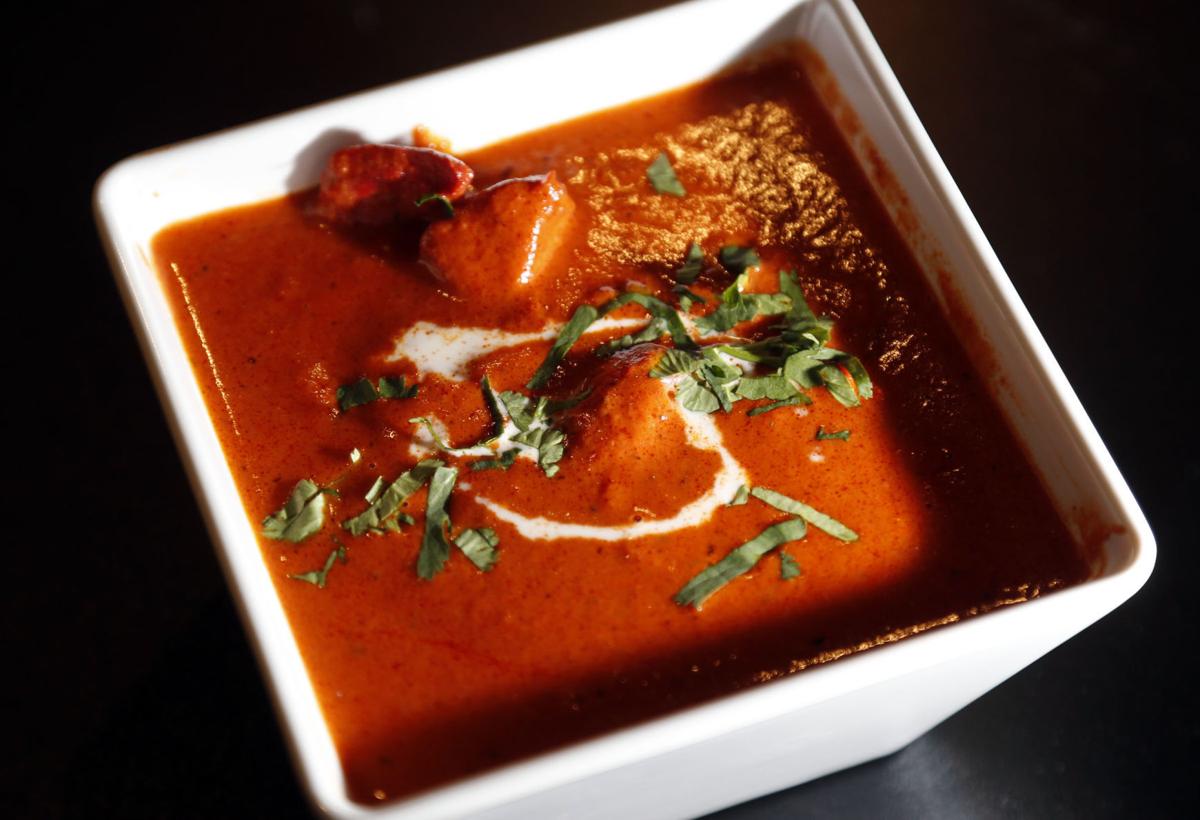 Chicken tikka masala is among the most popular items at Tandoori Guys in Broken Arrow. STEPHEN PINGRY/Tulsa World 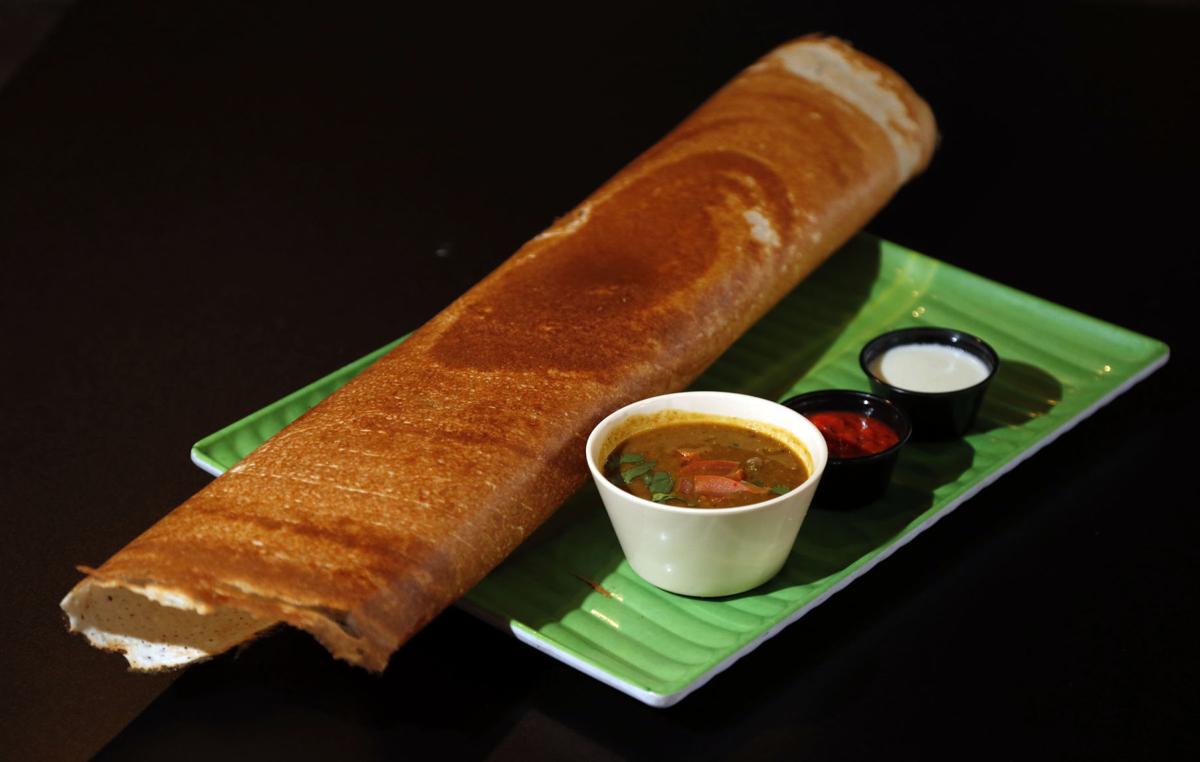 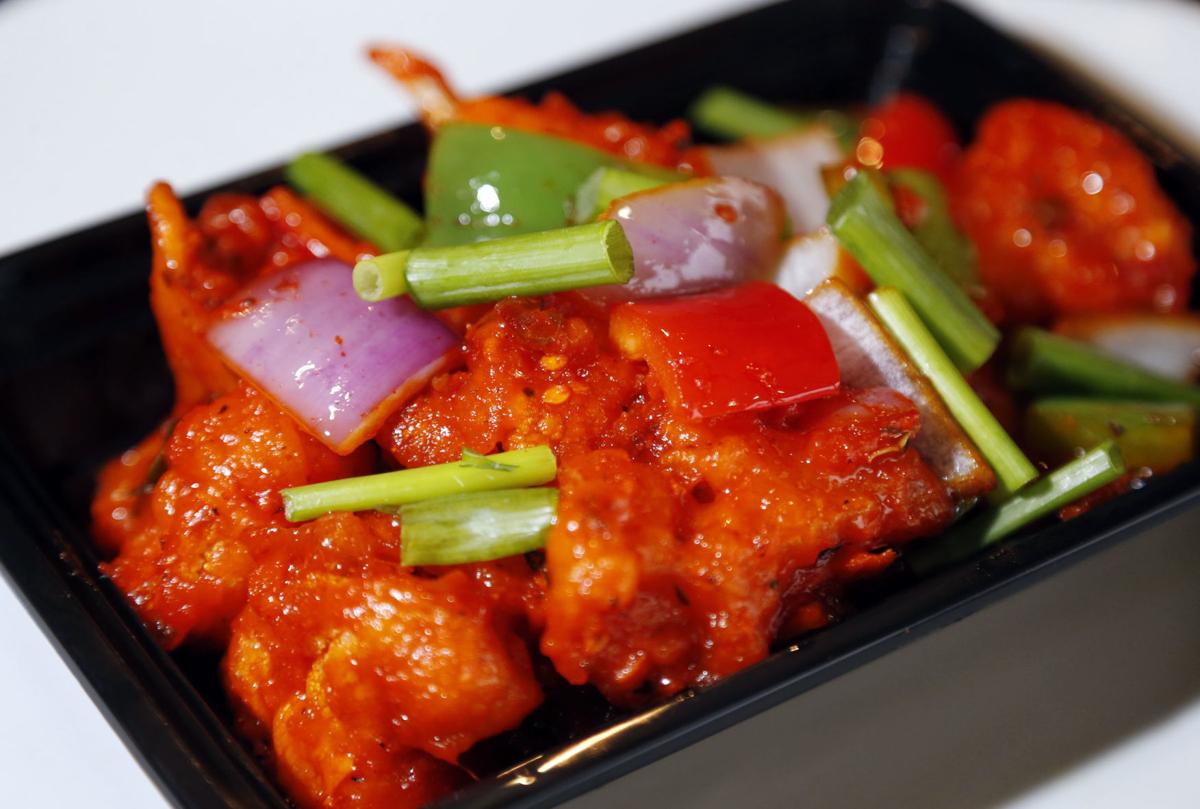 Gobi Manchurian, deep-fried cauliflower florets in an Indo-Chinese sauce, is among the spiciest dishes at Tandoori Guys. STEPHEN PINGRY/Tulsa World 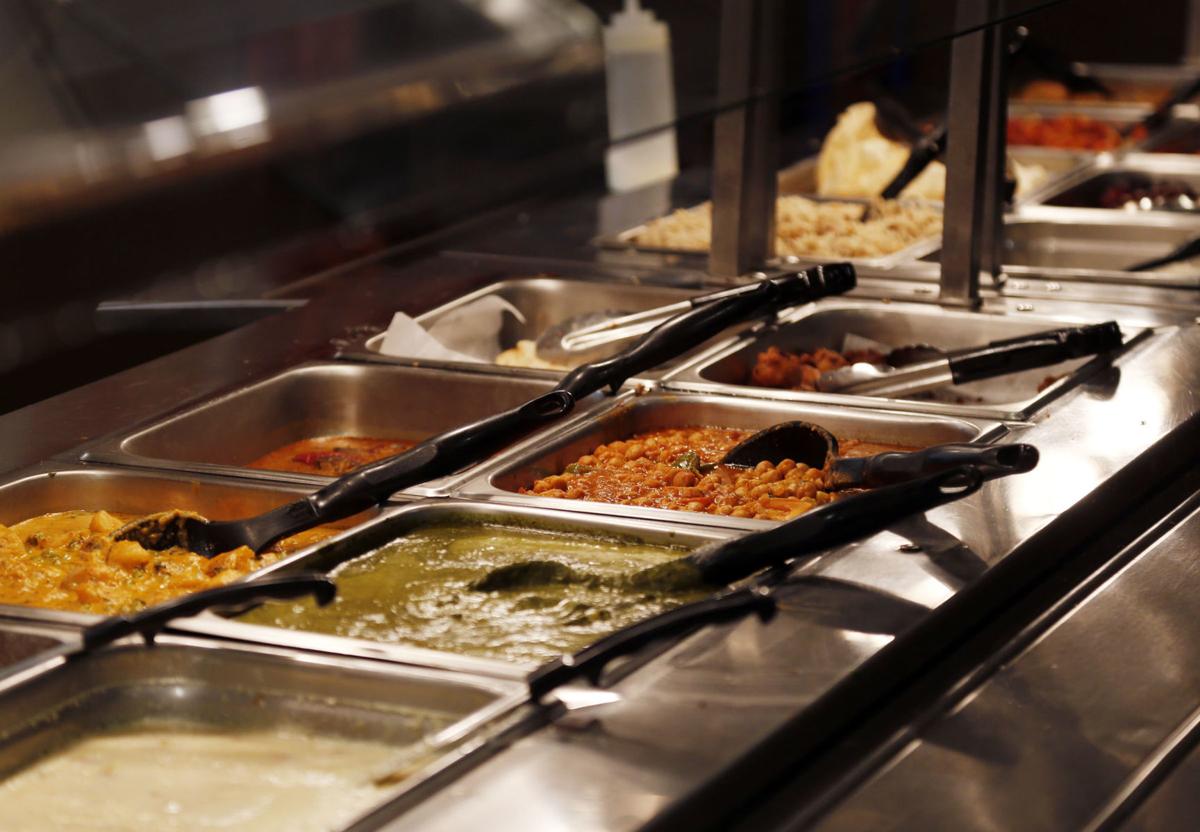 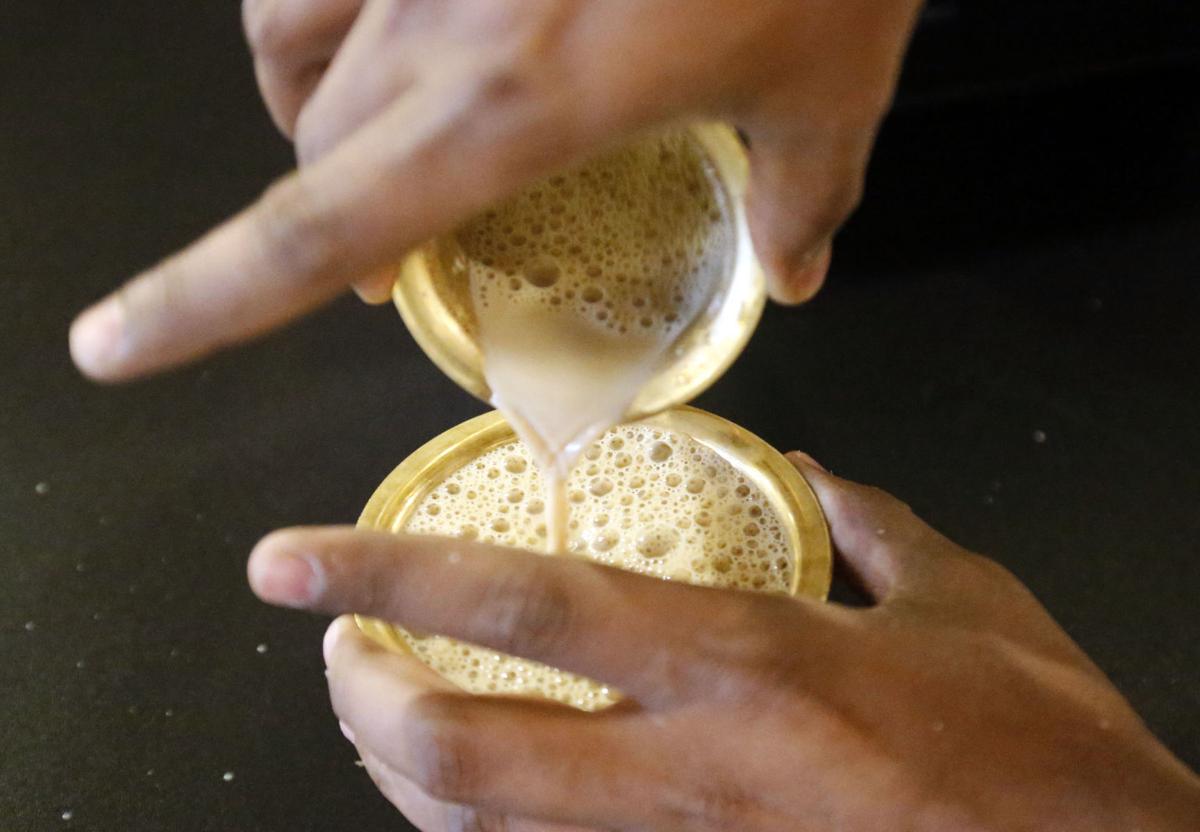 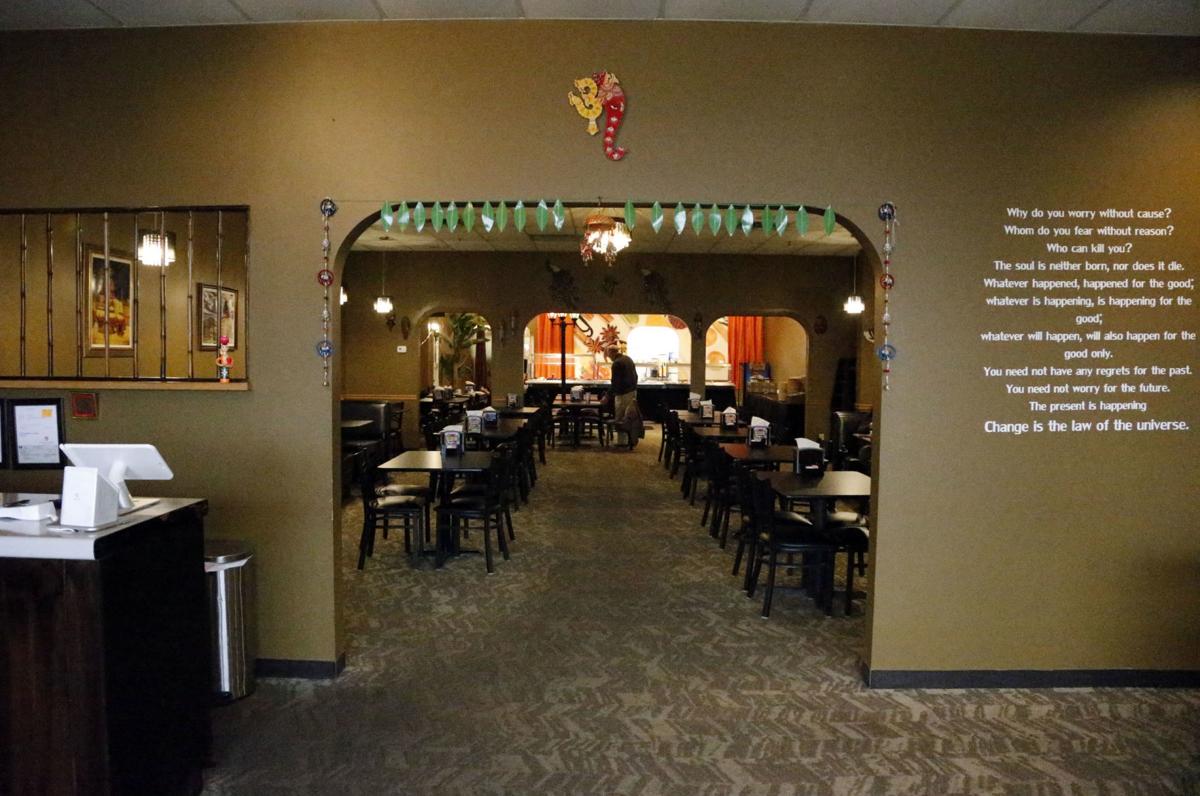 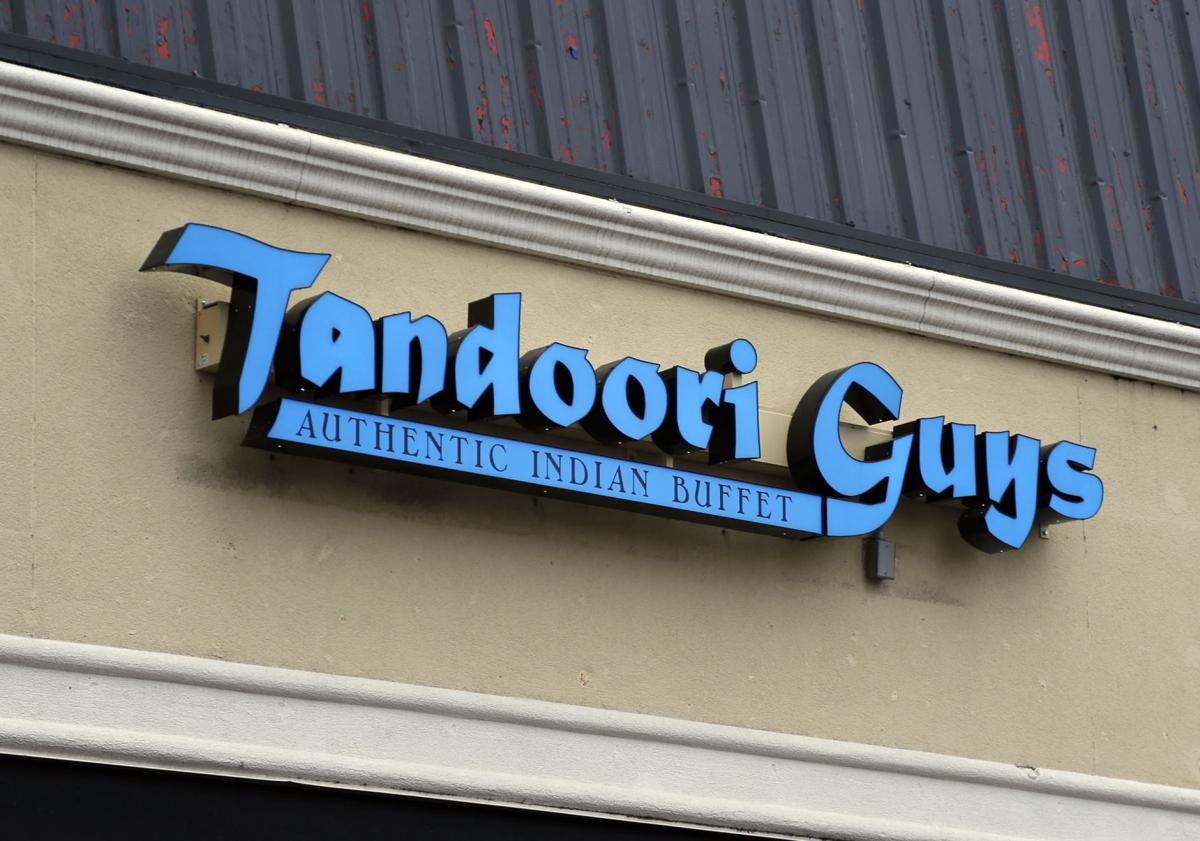 Many vegetarian diners are attracted to East Indian cuisine, which offers a good amount of vegetable-driven dishes. Tandoori Guys in Broken Arrow has targeted a more narrow crowd, and that decision has proven to be a winner.

“On Thursday nights, all of our buffet is vegan, and it has become very popular,” co-owner Patchaiappan Murgavel said recently.

Vegan cuisine is slightly more restrictive than vegetarian. It uses no animal products, such as meat, dairy or eggs, and is less common to find on restaurant menus.

“It’s no problem for us to make vegan food, and it tastes good, too,” said Murugavel, who owns the restaurant with friends Rajasekaran Ramalingam and Takhir Ismailov.

Tandoori Guys has a limited menu, but we were told 90 percent or more of customers select the self-serve, all-you-can-eat buffet.

We did not visit on vegan night, though not particularly by design. It just happened that way.

The pleasant dining room was filled with the inviting aromas of Indian spices and sauces, and the buffet line featured 16 main items, plus salads, soups, naan and sauces.

We picked a few dishes most familiar to American diners and some likely not so common. All were aromatic and flavorful.

Perhaps the most ubiquitous Indian dish in America, chicken tikka masala was a smooth customer with chunks of chicken enveloped in a mellow, creamy tomato-almond sauce. Another well-known item, the red-hued tandoori chicken legs had been lightly marinated and almost were falling off the bone.

Among other items we liked were the beef kofta korma, meatballs cooked in a rich but mild curry sauce that I thought might have been punctuated with a little ginger and garlic, and veg bonda, lentil flour mixed with veggies and deep-fried.

Also good was the mastani palak, an aromatic deep-green spinach mixed with chickpeas.

Most items were mildly spiced. One definite exception was the gobi Manchurian that featured deep-fried cauliflower florets tossed in what was described as an Indo-Chinese sauce that lingered with some pretty good heat.

Murugavel said a few of the most popular items most always can be found on the buffet, but the others rotate day-to-day.

Among the beverage choices was Madras filter coffee ($2.95), an Indian coffee brew that employs a slow-drip process that mixes the coffee with hot, frothing milk and is served in two cylindrical, brass cups, one inside the other. At least, that’s how it was described at Tandoori Guys, and it was delicious.

The pleasant, carpeted dining room holds black tables with black-cushioned metal chairs. Photos and paintings of Indian scenes are on the walls, and Indian music plays in the background.

Murugavel said all of the owners are natives of southeast India and have been in the restaurant business for many years.

“We had friends who encouraged us to come here,” Murugavel said. “They said there was no Indian restaurant in Broken Arrow, and it was an instant hit when we opened.”

In Tulsa terms, Tandoori Guys is on the southeast corner of 81st Street and 145th East Avenue.

What the Ale: Cocktails to-go a growing trend at local bars and restaurants

As the name of the restaurant suggests, tandoori chicken is a staple item at Tandoori Guys in Broken Arrow. STEPHEN PINGRY/Tulsa World

Chicken tikka masala is among the most popular items at Tandoori Guys in Broken Arrow. STEPHEN PINGRY/Tulsa World

Gobi Manchurian, deep-fried cauliflower florets in an Indo-Chinese sauce, is among the spiciest dishes at Tandoori Guys. STEPHEN PINGRY/Tulsa World