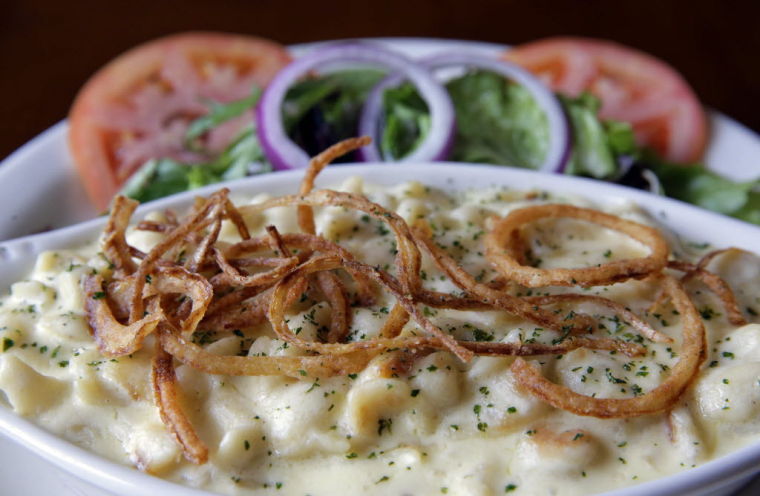 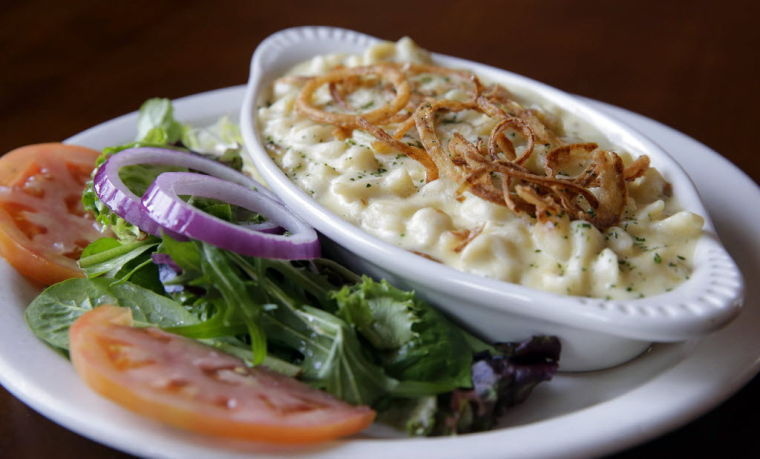 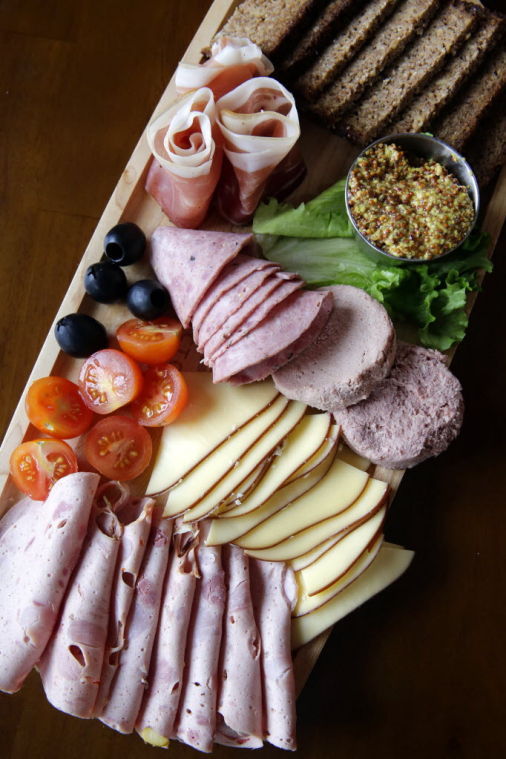 Dining at Siegi’s Sausage Factory is not exactly what it would be like in one of the Alpine regions — Switzerland, Liechtenstein, Austria, southern Germany, for example.

For one thing, the views aren’t as good, and Siegi’s probably would be smaller and perhaps have more communal tables if it were located there. But the food and strict attention to cleanliness would be spot on, and that’s good enough for me.

On a recent frigidly cold night, the call of sausages, hot mustard, schnitzels, hot potato salad, fried potatoes and spaetzle was enough to get us out of the house and headed to Siegi’s.

In addition to the restaurant, Siegi’s operates a retail deli and a sausage-making business that ships products all over the country. It also processes wild game for local hunters.

We decided to share a sausage sampler ($7.95) with a choice of three house-made sausages while we decided on our entrees. We selected Marshall beer bratwurst ($1 extra), kasewurst and knackwurst.

The brat was made with beer custom-brewed by Tulsa’s Marshall Brewing Co. and coarse pork sausage. It delivered a bit of a stronger flavor than the mellow pork-beef sausage combo in the knackwurst.

Kasewurst was filled with Swiss and cheddar cheeses. It was juicy and oily due to the cheeses, and to me had the biggest flavor of the three.

All went well with the hot grainy mustard and sweet mustard that came with them. We also dipped into the complimentary bread basket that included chewy pretzel rolls and butter.

The schnitzel featured two enormous pieces of pork, pounded thin, lightly breaded and perfectly fried. We cut them in half, making four decent-size servings, each topped with a slice of tomato and melted Swiss cheese.

The sides were sweet red cabbage chopped into small pieces and awesome fried potatoes with bacon bits, like my dad used to make in a stove-top skillet.

In the rouladen dish, a piece of beef was sliced thin, filled with bacon, pickles, sauteed onions and carrots, then rolled up like a bale of hay and topped with an earthy brown sauce. It was a little salty, but otherwise tender and flavorful.

The beef was served over spaetzle with a side of fried potatoes. Siegi’s has a number of other side choices, including sauerkraut, hot potato salad, pepper slaw and cucumber dill salad.

We didn’t expect the size of the servings and made the mistake of ordering an extra side of spaetzle ($2.79). We wound up taking most of it home. Some say spaetzle is an egg noodle, some say a dumpling. Either way, it’s delicious, especially when cooked with plenty of butter, as it is here.

We finished with a serving of bread pudding ($4.95). It came with house-made whipped cream and was filled with dried cherries instead of raisins, a tasty touch. I plan to try the Linzer torte and Sacher torte, two Austrian desserts, on a future visit.

Siegi’s has German beers and a wine list that isn’t long but is bargain-priced and appropriate for the food. I’m partial to the Siegi’s beer flight (four 4-ounce pours from a selected list of beers, $8), the German rieslings and a crisp gruner veltliner from Austria.

Brothers Raymond Bayer and Michael and David Sumaruk each have different duties in the business, and we later learned that a Sumaruk daughter, Tonya, was our feisty server. Siegi, who just turned 70, still works a full day, every day.

On another trip to Siegi’s I picked up a package of pork tenderloins for a killer recipe I have that includes a blood orange, brown sugar, dark rum and garlic marinade.

The deli also has up to 20 sausages made in-house, plus salads, cheeses, smoked salmon, breads, desserts, fish, noodles, mustards and jams.

Siegi’s carries quality beef and pork in its deli, and I’m told the steaks in the restaurant are fabulous. I tend to believe that, but I always go for the German food and visions of a picture-postcard night out far, far away.