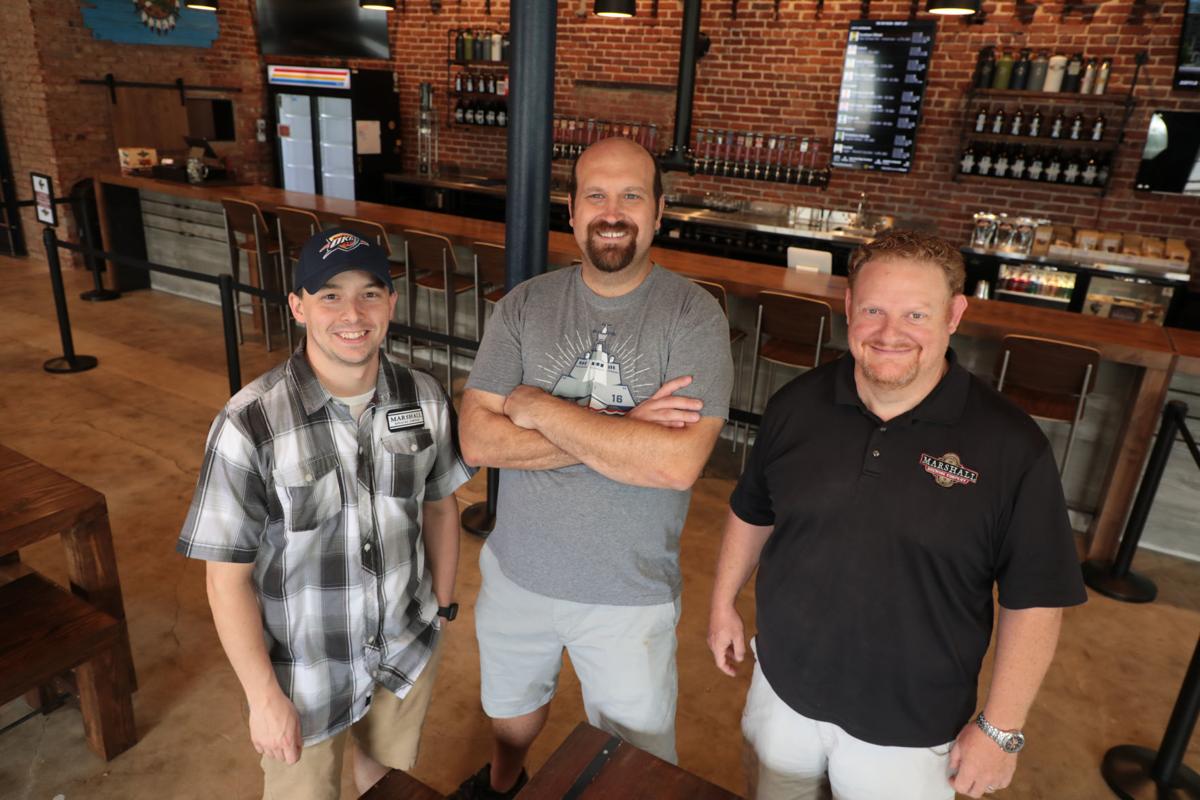 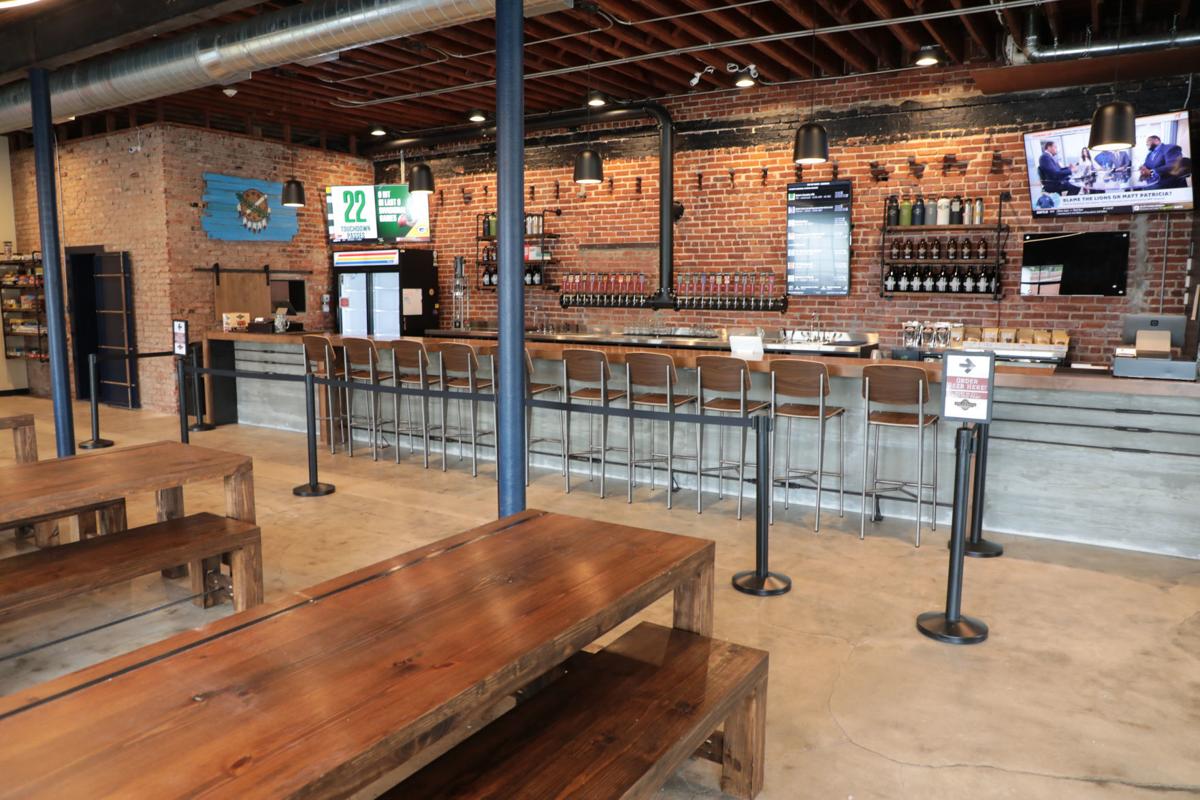 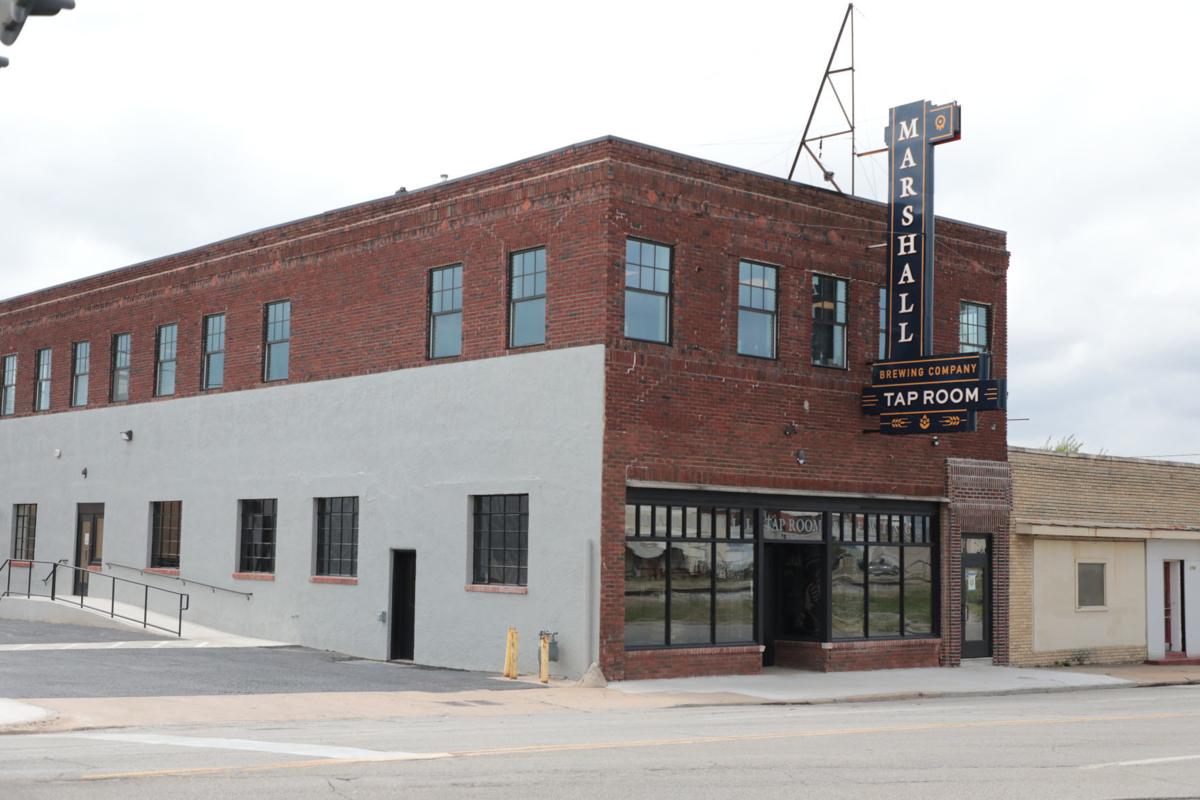 Marshall was Tulsa’s first craft brewery when it opened 10 years ago. The founders were instrumental in getting Oklahoma laws changed to allow taprooms. Now, every brewery has a taproom where they can sell what they make to consumers.

And this brewery is staying true to its roots. The new taproom at 1742 E. Sixth St. is just around the corner from the original brewery and production facility in the Kendall-Whittier district.

“Obviously we’re rooted here in the Kendall-Whittier community and love knowing that potentially there is the opportunity to stay here and expand. We saw this building and it was one of those things we always loved because it’s just a cool old 1930s brick building. Let’s buy it and figure out what to do with it,” said Eric Marshall, founder, and brewmaster for Marshall Brewing Co.

“At that point, we still couldn’t have taprooms and sell strong beer so we just held onto it for a while with the idea to make it into a great taproom and offices. As things went along and the laws changed we saw this as a great space.

“It’s got an awesome view right on Sixth Street and a great old sign that we knew we could renovate and have that historical look too.”

Changing a 1930s building into a modern taproom isn’t the easiest project to undertake, but the rewards have been plenty. The 3,000-square-foot taproom will more than triple the size of its old location, which was never really intended to be a taproom.

“We kind of let the building talk to us as we went through the process and we’re really excited about the space, excited about the possibility of what we have here for the taproom, to have a great beer hall and community gathering space and to drink some beers and have some fun,” said Marshall.

“The space turned out great. We are really happy with the groups we worked with too. I love when we kind of pulled back some of the stucco from the walls and you really see what the brick looks like, you can see so many different iterations of what has happened over the years. There were two drop ceilings before you finally got to the exposed beams that we have now,” he said.

The previous space was never meant to be a taproom. It was a production facility, but the laws were changed to allow breweries to sell their product on premises. So Marshall made a taproom that was also part office space. The bar wasn’t big and a lot of the tap handles were separated due to space.

“You know in our current space we didn’t have an area by our taps for a person to come in and maybe if you didn’t feel like being friendly on one day and you just want to sit at the bar and watch a little bit of TV or maybe rap with the bartender, and now we’ve got that opportunity which is kind of a central focus of a taproom bar,” said Wes Alexander, director of marketing for Marshall Brewing.

They now have 24 tap handles that will handle a good variety of beers including one-offs and doubling up on some of their more popular brands.

One new thing for the taproom is the addition of a one-barrel brewhouse. The brewers can experiment with recipes on a smaller scale and have some fun with it.

Near the entrance there is a wall that explains the processes and ingredients that go into making beer. It even allows you to smell the ingredients.

One of the more unusual features of the taproom was formerly a vault. The 10-foot by 10-foot room was changed into a “snug room.” In Ireland, a snug room was where women gathered out of view because they weren’t allowed into the pub. There is a small window to get your drinks and in Marshall’s snug, a light can be switched to indicate you need service.

The taproom might have a slice of Ireland but it is mostly fashioned after a German beer hall with long tables and lots of space. The community tables allow guests to sit together and get to know their neighbors.

Soon Marshall will start working on an outside space, which will become a traditional beer garden with shade trees added and some lawn games.

Tom joined the Tulsa World in 1988 after being an intern and graduating from the University of Central Oklahoma. He lived in Saudi Arabia before graduating from Broken Arrow High School. He is married to Karen Gilbert and has three grown children.