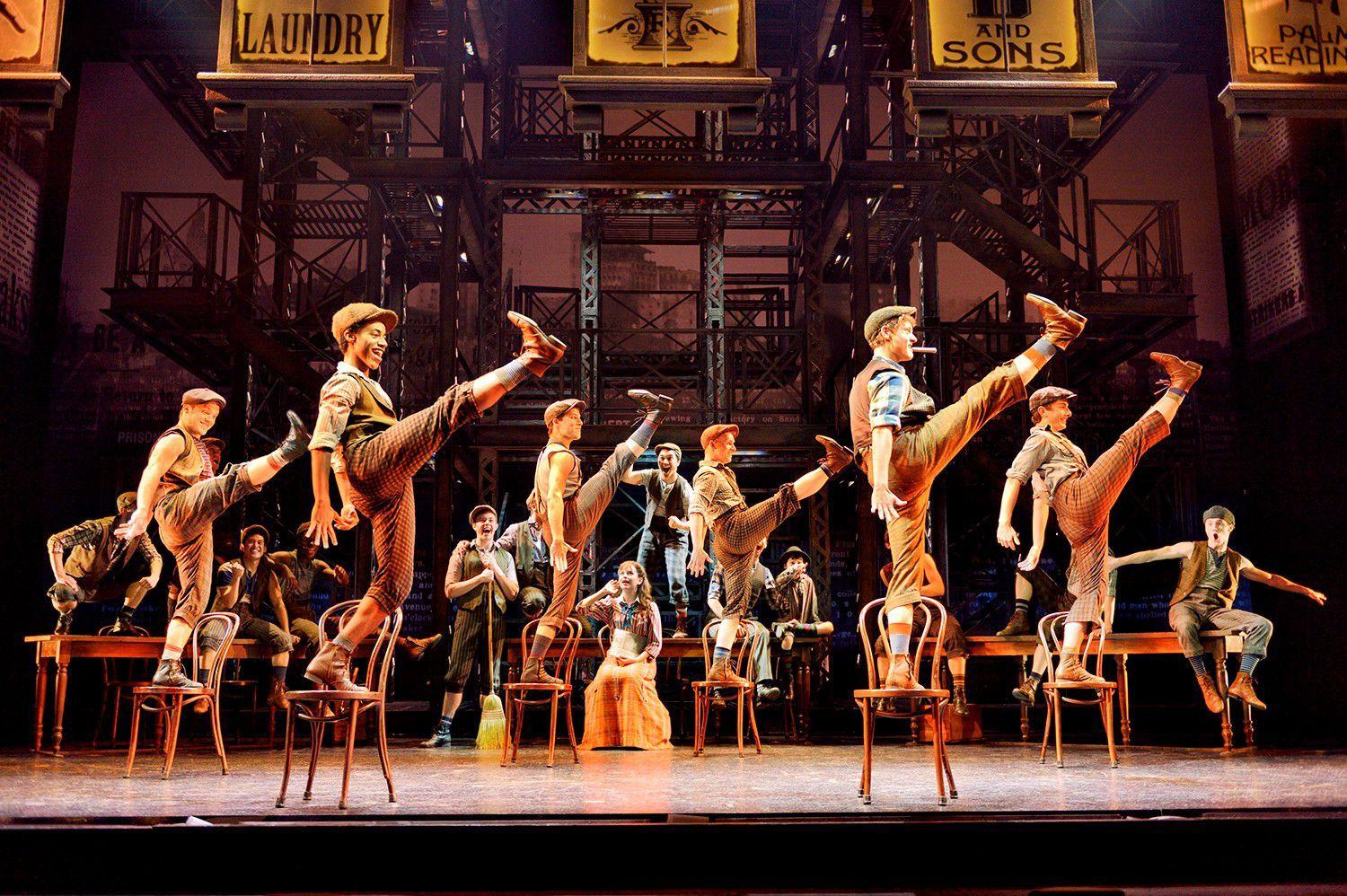 The national touring production of “Newsies: The Musical” comes to the Tulsa PAC on Sept. 14-18. Courtesy 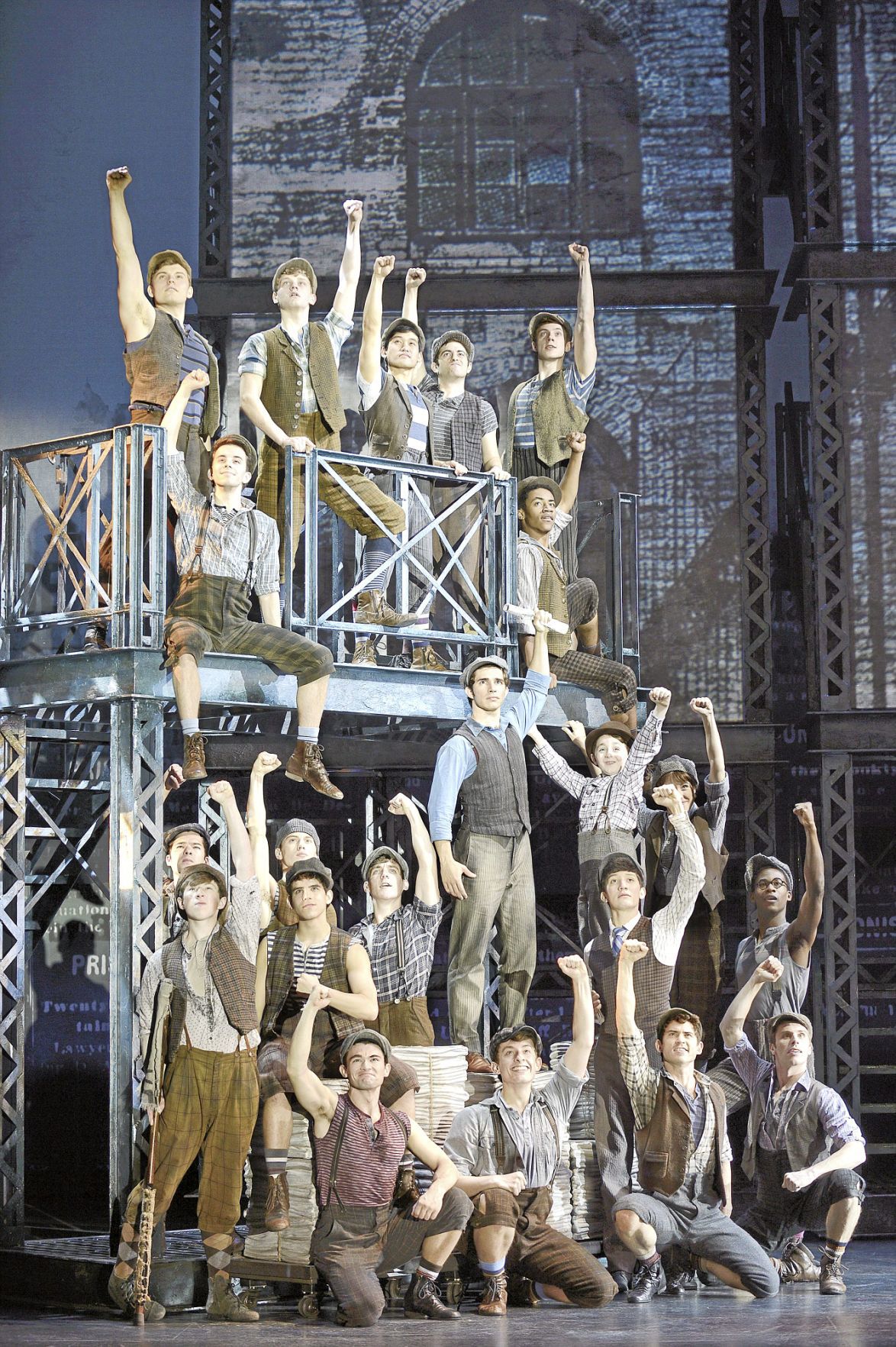 Two objects stand side by side on a shelf in Jack Feldman’s New York City home.

One is the Tony Award for best original score that lyricist Feldman shared with composer Alan Mencken for the Disney musical “Newsies.”

The other is the Golden Raspberry Award that Mencken and Feldman won for composing what was judged the worst original song in a motion picture. This award, also, is for “Newsies.”

The Razzie Award came in 1993, the year after the movie “Newsies” opened to harsh reviews and an anemic box office.

The Tony Award was presented in 2013, when the stage musical version of “Newsies” was in the middle of a highly acclaimed run on Broadway.

“And that, more than anything, distills the journey of this project,” said Jack Feldman, laughing.

“When the movie was so poorly received, all of us involved with it thought that was that, and we went on to other projects,” he said. “Then, lo and behold, this little movie found a whole new generation of fans, thanks to home video and cable TV. When the internet exploded, there were all sorts of websites devoted to ‘Newsies.’

“In fact, we were told by the company that licenses scripts to stock and amateur companies that it received more requests for ‘Newsies’ than for any other title that was not currently available,” Feldman said. “That’s the real reason why we did the stage version.”

That version comes to Tulsa to open the 2016-17 season of Celebrity Attractions. Its eight-performance run begins Wednesday.

Disney’s “Newsies” was nominated for eight Tony Awards, including best musical and best book for Harvey Fierstein, and won for best original score and for Christopher Gattelli’s high-octane choreography.

“Newsies” is based on true events. At the turn of the 20th century, young street kids, many of them homeless or orphaned, eked out a meager living selling newspapers in New York City. When newspaper baron Joseph Pulitzer decides to cut into their profits, the “newsies” organize a strike.

“I remember being flabbergasted by the fact that it was a part of our history,” Feldman said. “The strike didn’t last a very long time, but the reverberations went far beyond the news boys. It was the catalyst for stricter child labor laws, the beginning of the end of people exploiting young people for profit.”

Given the serious nature of the story, it’s not surprising that the movie, written by Bob Tzudiker and Noni White, wasn’t conceived as a musical.

“I think the original plan had been to use songs from that period as atmosphere and background music,” Feldman said. “By the time Disney had acquired it, the idea changed to creating original songs and turning the story into more of a musical.”

Feldman himself wasn’t originally supposed to write the lyrics for those original songs. Mencken had planned to work with his longtime collaborator, Howard Ashman, on “Newsies,” but Ashman, who died in 1991, was too ill to work.

“Alan had wanted to leave the project, but Howard insisted that he continue with another lyricist,” Feldman said. “I had known Alan for 20 years, but we had never worked together before. Alan called and asked if I would fill in for Howard, and I said I couldn’t ‘fill in’ for a writer as good as Howard Ashman, but I would love to be involved.”

Feldman’s career as a songwriter, lyricist and musical coordinator has included writing for artists including Wayne Newton, Lily Tomlin, Dionne Warwick and Barry Manilow, with whom Feldman co-wrote the hit song “Copacabana.”

“I never realized how hard it is to write a pop song until I started doing it,” Feldman said. “With a pop song, you’re truly starting with a blank page — there’s no context, no story to draw on, no characters whose relationship you were describing. It’s all up to you.

“That’s why, when I went back to writing for theater, I felt much more at home,” he said. “It’s not that the job is any easier, but you have the advantage of having a story in place, or one in the process of being created.”

Feldman and Mencken wrote about a dozen songs for the film, most of which are included in the stage version. The duo also created several new songs, include “The Bottom Line” and “I Never Planned on You.”

Revisiting “Newsies” was, in Feldman’s words, “a gift. We were pressed for time when we were writing for the movie, and I never felt I was able to polish the songs as much as I wanted.

“So getting the chance to work on the stage version gave me the opportunity not only to create new songs, but to take some of the existing songs that were good and make them better,” he said.

The national touring production of “Newsies: The Musical” comes to the Tulsa PAC on Sept. 14-18. Courtesy