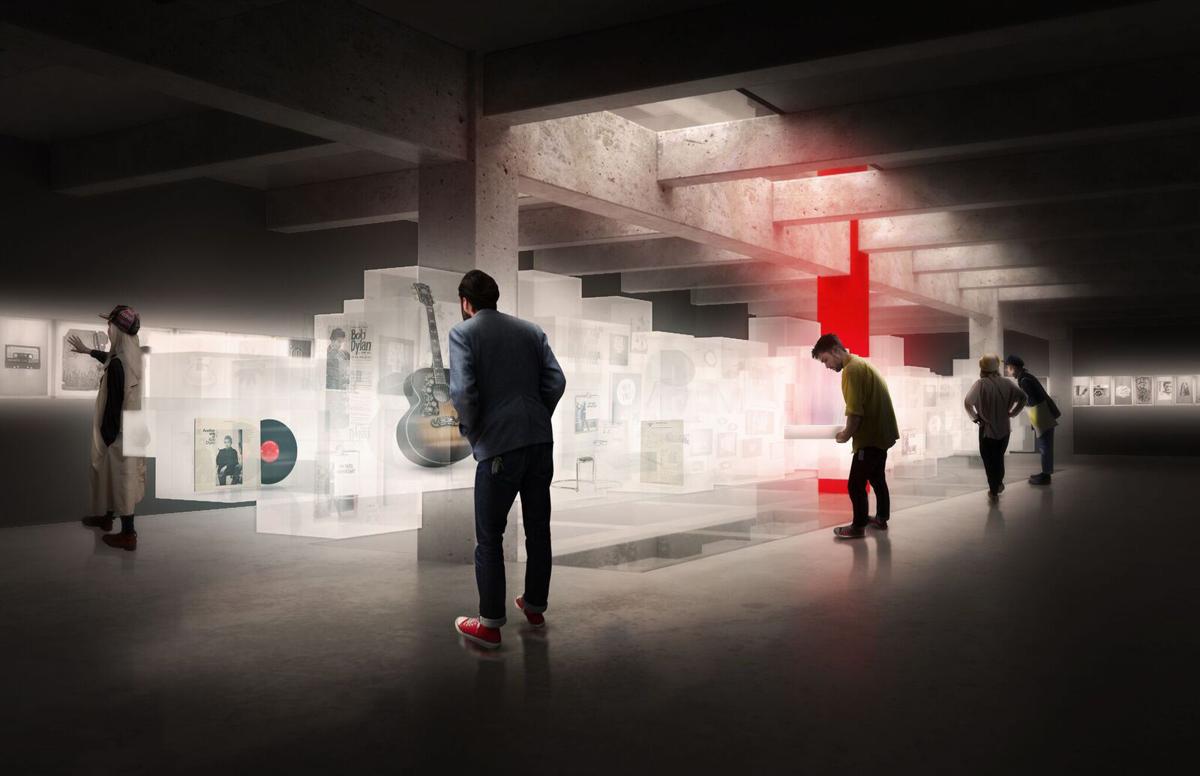 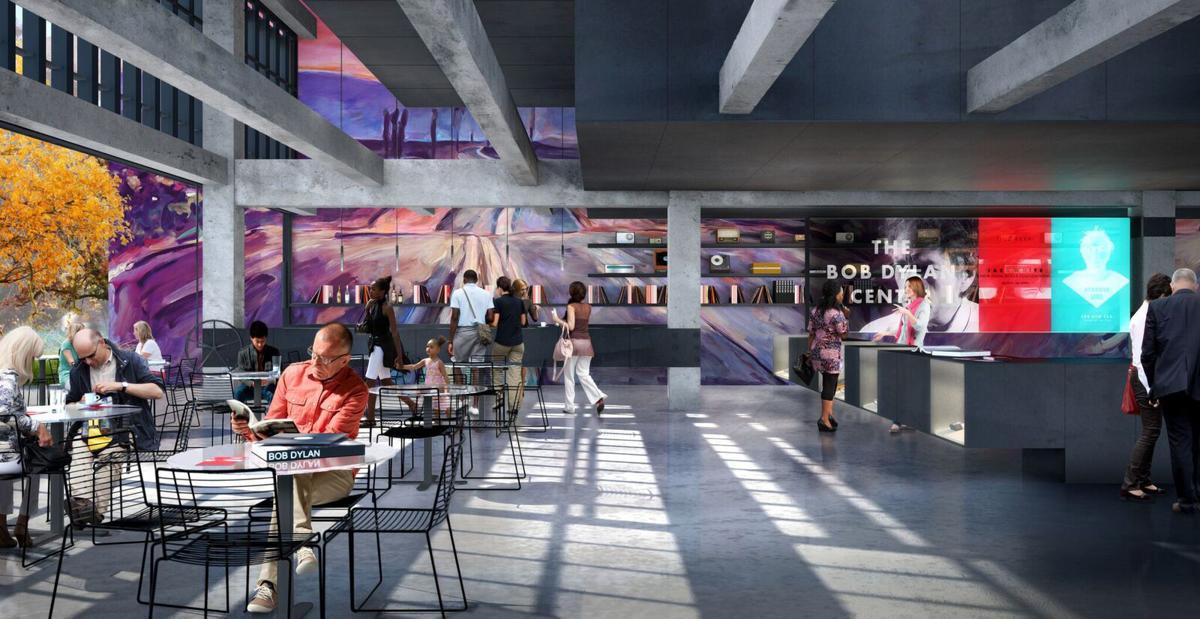 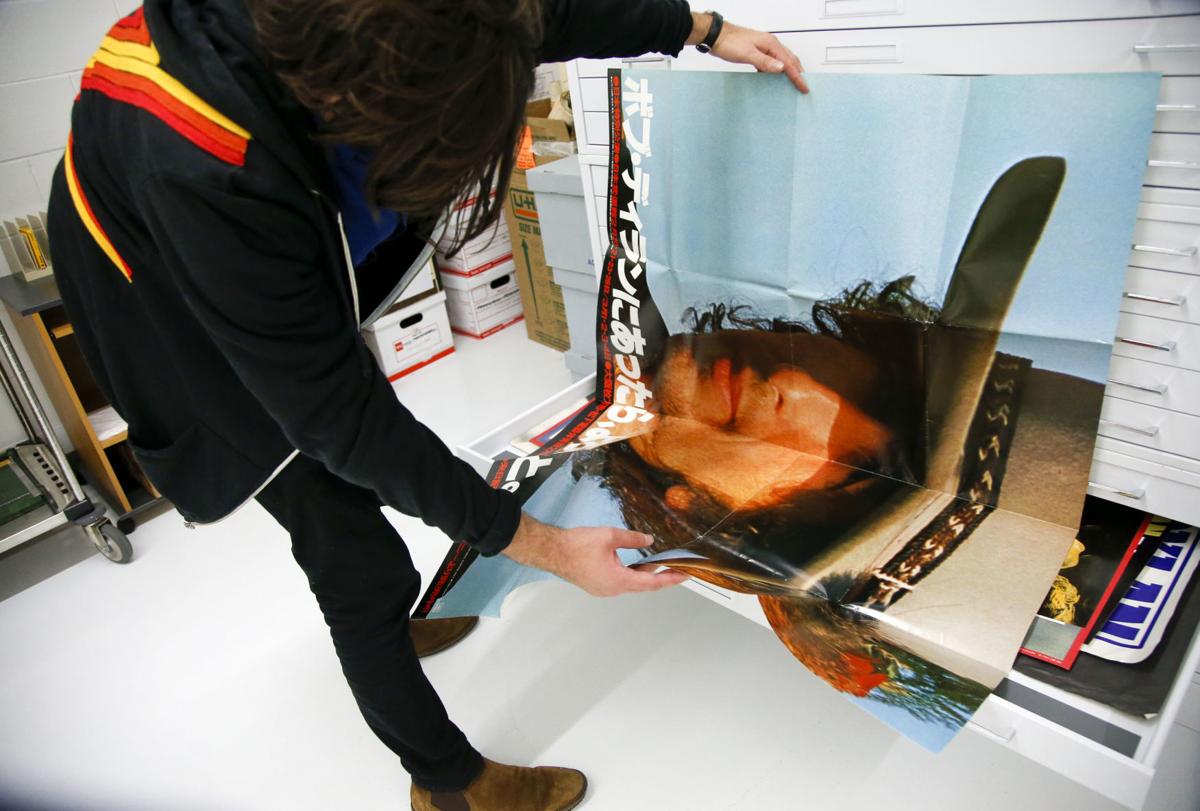 Olson Kundig, a Seattle architectural firm whose projects include the recent upgrade of Seattle’s iconic Space Needle, has been selected by the George Kaiser Family Foundation as lead architect and exhibit designer for The Bob Dylan Center, the future home of the Bob Dylan Archives.

The foundation also finalized the location of the center, now set to open in 2021. The new building will be constructed on what is now a parking lot at the corner of Archer Street and Martin Luther King Boulevard in the Tulsa Arts District, just east of the Hardesty Arts Center.

Olson Kundig won first place in the international design competition following an extensive evaluation process by a committee of advisers, including representatives of the George Kaiser Family Foundation and Bob Dylan’s management team.

Tulsa-based Lilly Architects is partnering with Olson Kundig as the architect of record for the project and Plains of Yonder is the partner for audio and multimedia experiences for the project.

“After reviewing proposals from top firms around the world, we agreed that Olson Kundig’s experience, talent and design aesthetic stood out as the best fit for this project,” said Ken Levit, executive director of the George Kaiser Family Foundation. “We’re excited about the vision that Olson Kundig expressed for a world-class cultural center that will do justice to the iconic Bob Dylan collection.”

This will be the firm’s first project in Oklahoma. Among its other projects are the visitors center at the Bill & Melinda Gates Foundation, the Bezos Center for Innovation at the Museum of History and Industry in Seattle, the headquarters for the South Korean luxury clothiers Shinsegae International and the Marriott Los Cabos Resort and Spa in Mexico.

Tom Kundig, architecture design principal for Olson Kundig said, “This is a deeply meaningful project for us — not only acting as architectural support to Bob’s transformational legacy and creative, disciplined force, but also in preserving the teaching value of his legacy for future generations.”

Alan Maskin, design principal of exhibits for Olson Kundig said: “Since the 1960s, I have been inspired by the role that change and reinvention have played in the creative life of Bob Dylan. I’m grateful to the George Kaiser Foundation and the Dylan Center Advisory Council for selecting our team to reveal and share the treasure of a largely unseen archive to future audiences in perpetuity.”

In 2016, Dylan cited the Woody Guthrie Center, which the Kaiser foundation established in 2013 after acquiring the archives of the influential folk songwriter, as one of the reasons he chose Tulsa for his own archives.

“I’m glad that my archives, which have been collected all these years, have finally found a home and are to be included with the works of Woody Guthrie and especially alongside all the valuable artifacts from the Native American Nations (in Philbrook Downtown). To me, it makes a lot of sense and it’s a great honor,” Dylan said.

The center, dedicated to the study and appreciation of Dylan and his worldwide cultural significance, is expected to open in 2021. In the interim, the foundation plans to stage an ongoing series of Dylan-related Tulsa events under the banner of The Bob Dylan Center. Information on these events will be posted at bobdylancenter.com.

The center will be readily accessible by artists, historians, musicologists, cultural critics and the public seeking a deeper comprehension of Dylan’s work, the myriad of influences that it embodies and the offshoots that he has inspired.

The center will coexist and interact with two related entities: The Bob Dylan Archive, located at the Helmerich Center for American Research at Gilcrease Museum, the archives’ permanent repository accessible only to qualified researchers and scholars; and The Institute for Bob Dylan Studies at the University of Tulsa, an academic program focused on Dylan and related cultural subjects.

It was announced in March 2016 that The Bob Dylan Archive, acquired by the George Kaiser Family Foundation and The University of Tulsa, would …