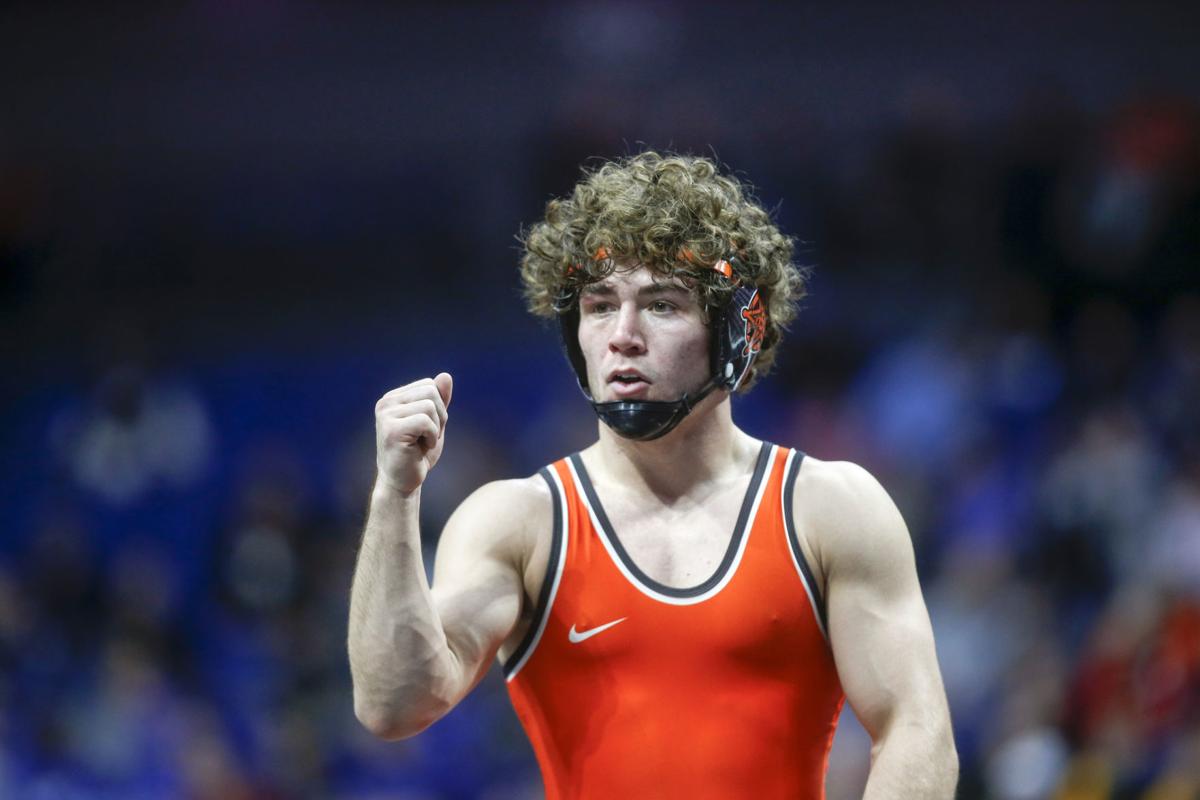 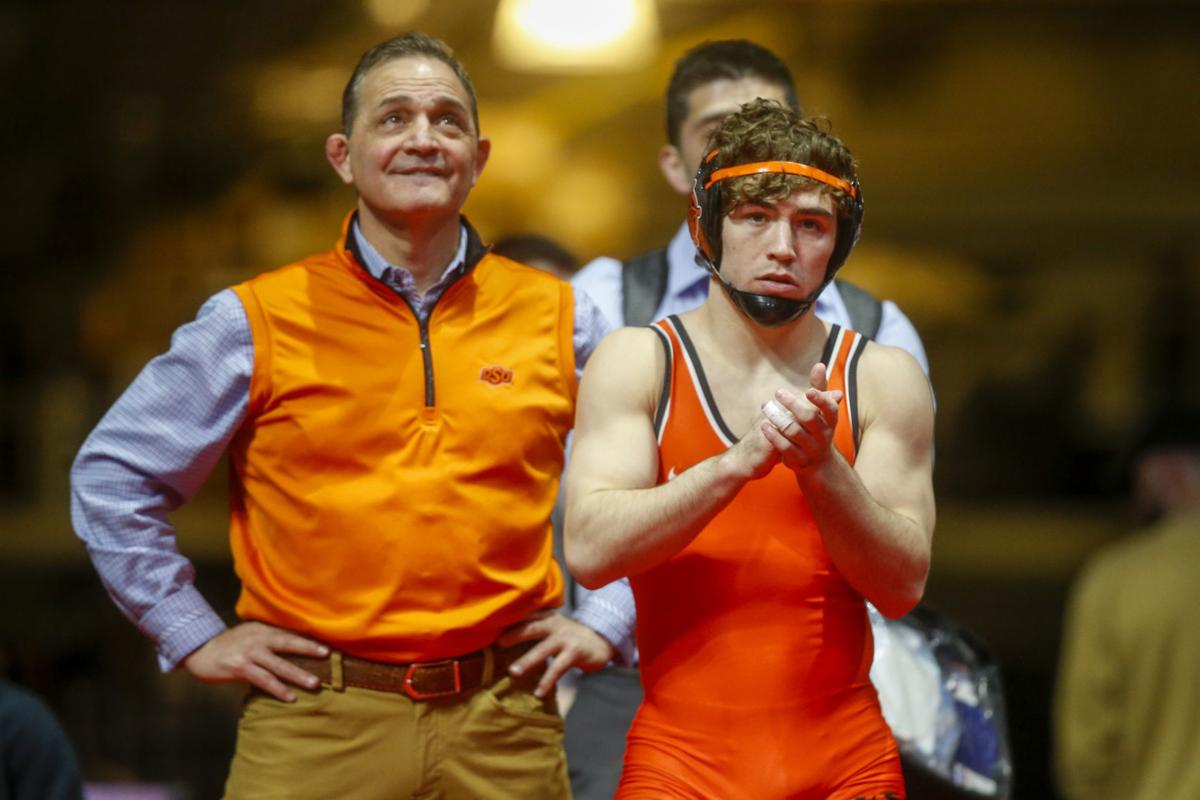 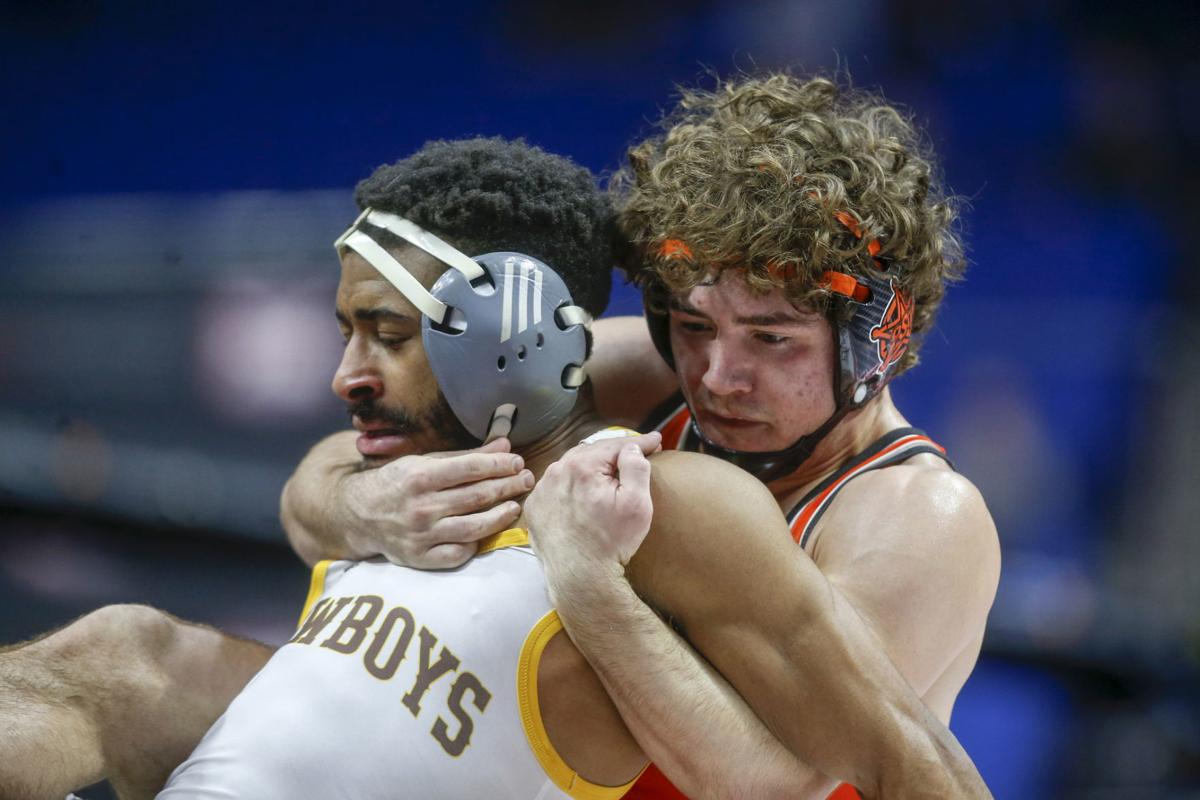 Oklahoma State’s Daton Fix attempts to score back points on Wyoming’s Montorie Bridges during their Big 12 wrestling championship match at the BOK Center in Tulsa on March 10, 2019.

A young Daton Fix asked what exactly he was supposed to watch after his dad, Derek, told him to sit down at the edge of the mat and learn something.

“Just watch the guys that are getting their hands raised,” Derek told his son. “Those are the guys you want to pay attention to.”

One day, Fix would be one of those guys. In hopes of preventing burnout and encouraging a passion for wrestling, Derek didn’t let his son compete in the sport that engulfed their family until fifth grade, shortly after Fix sat mat side. By sixth grade, Fix was a state champion, winning five straight matches against opponents who had all beaten him earlier that season.

Fix was a four-time state champion at Charles Page High School in Sand Springs, where he never lost a match at 168-0. After redshirting his first year at Oklahoma State, he was an NCAA runner-up as a freshman last season. But none of those successes were accomplished goals.

Three months after losing in the NCAA Tournament 133-pound final, Fix, 21, beat Thomas Gilman in a best-of-three series to become the youngest OSU wrestler since his coach, John Smith, to make the United States Senior World Team. Fix is redshirting at OSU again this year while preparing for April’s Olympic Trials.

“I’ve had these opportunities, but going and competing in the Olympics and just having that opportunity — it’s something that I have always dreamed of since whenever I first started wrestling,” Fix said.

Growing up, Fix watched and learned while traveling with Derek, who was a wrestling coach and official at the time, and is now coach of the Cowboy Regional Training Center. Fix started asking questions about the sport before he began competing. Among those was what was the highest pedigree a wrestler can reach.

Derek told his son he believed the greatest accomplishment a wrestler could achieve was to become an Olympic champion. In a bold statement for one so young, Fix told his Dad that’s what he was going to be.

“I said, ‘Well, if you’re going to be an Olympic champion, son, it’s going to take a lot of effort and there are a lot of factors in it,’ ” Derek recalls. “There’s some God-given ability. There’s the people that are in your life that put hands on you, that mold you and give you the right direction to lead you on the right path. You gotta have the want-to and the toughness. There’s a lot of factors in it.”

There were so many factors that to most the goal seemed impossible. The dream seemed so outlandish that Fix was often laughed at when he said he wanted to be an Olympian instead of what most kids answered, a doctor or a firefighter. But with the 2020 Summer Olympics in Tokyo nearing, the profound statement Fix made as a child is starting to look very real.

“You don’t get that opportunity very often, so I’m definitely looking forward to it,” Fix said. “I’m going to try not to let it slip out of my hands. It only comes around every four years, so it’s important to take this time real serious and focus on what I need to do to make that team and go win a gold medal.”

Video: Watch as 41 people in Tulsa take the oath of citizenship

Watch as 41 people from 15 countries take the oath of citizenship during a ceremony at City Hall in Tulsa.

Oklahoma State’s Daton Fix attempts to score back points on Wyoming’s Montorie Bridges during their Big 12 wrestling championship match at the BOK Center in Tulsa on March 10, 2019.