“My white friend game is strong.”

That comment landed on my Facebook page after I created a post that said: “I need to hear from my white friends! What do black people do that irritate white people?”

The comments ranged from, “black people don’t use crosswalks appropriately and are too loud,” to the more serious issues of white privilege and inequality. Below are the most popular topics with the most likes and comments. The comments, in italics, are edited for clarity and length. My response follows each:

Work relationships: All black people tend to hang out together and don’t want to be friends with people of other races — in public, they make a beeline to the other black faces.

This is not exclusive to black people. All people tend to flock to what is familiar based on common demographics. Unfortunately, this behavior is a guarantee that we might forfeit building cool relationships. As a solution, be intentional. Try to meet someone outside of your normal group and see how it enriches your life.

We all over-generalize about groups different from our own. The same color on the outside doesn’t make us the same character on the inside.

The unfortunate reality is that our society has only recently started to recognize “others.” Today, we are still celebrating the first black person to win this-award or the first gay person in that-position. Until diversity is better represented, the need for organizations that speak to the needs of those groups are necessary.

This complex issue revolves around education more than race. Many black people know how to speak “correctly” but we code switch in the presence of friends and those with whom we are comfortable.

This means we go fluently between black dialect and Standard American English (SAE). SAE was not our ancestors’ official language. And, since we were not allowed to read and write until years later, we had to develop an understanding of this “new language” without formal education, which is why the “code switching” happens between those we are familiar with and white people. Poor grammar is more closely associated with people in lower socio-economic levels.

White privilege: I don’t like it when black people bring up my ‘white privilege’ for the reason they aren’t as well off as they THINK I am. Please don’t dismiss our hard work to having what we’ve earned just because we’re white.

White privilege is a very touchy subject. Black people understand that no living white person is responsible for slavery or the atrocities that followed. But undeniably, white people have been afforded the privilege to move through the world without question.

Also, there is a difference between white privilege and privilege. Some people of color enjoy privilege.

One operates on a system of assumed superiority and the other works to rise from assumed inferiority. It is imperative that we use any privilege to lift the next person.

Educating white people about the black experience: Black people have a tremendous opportunity to help educate white people in a way that could be profound, but they won’t.

Some black people feel reluctant to be open about the black experience and inequalities because the conversation will not be pleasant.

Also, it is not every black person’s responsibility to school you; but most are willing to have a conversation if they find you genuine. It gets tiring for everyone in this position in other diverse groups.

Although, none of the responses surprised me (OK, maybe the one about the crosswalks), this experiment reminded me that we are all annoyed by the same stuff.

Like my Facebook friend noted, “my white friend game is strong” because my white friends know they can talk to me without judgment, guilt or blame — nor are they going to offend me.

How about your game? Is your black, Hispanic, Asian, Native American friend game strong? If not, exercise that muscle to help you understand that regardless of how you identify, we are all a part of the human race.

Once we understand that, we will better understand each other; and with that comes grace, respect and total acceptance.

Risha Grant owns and operates a Diversity & Inclusion communications and consulting firm. She is the author of the book “That’s BS! How Bias Synapse Disrupts Inclusive Cultures.”

Grant, who grew up in Sapulpa and lives in Tulsa, is an international speaker who also conducts training seminars that focus on diversity, inclusion and bias. Read her previous columns: tulsaworld.com/rishagrant. 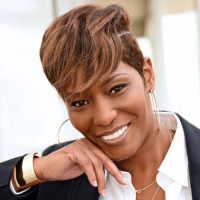 "I am totally confused as to how my friends wearing a police uniform and taking an oath to protect people could be so callous and uncaring to our fellow officers," said retired Tulsa Police Officer John Martin.

The Legislature is on the cusp of reworking a longstanding deal with local taxpayers, and, legal or not, it stinks, the column says.

"For those who feel differently, I say move to a blue state to not encounter bullies," said Bixby resident Tim Hendricks.

Letter: Stitt a disappointment for state

"I'd like to read one story where the Gov. Kevin Stitt family has done something good for this state," said Tulsa resident Pat Ford.

"These images are demeaning and have caused damage to the ethnic identities of young indigenous people and normalized racism," the editorial states.

The strongest argument against straight-party voting is that there is no strong case for it, the editorial says. Convenience is not a convincing argument. It's a rationalization for ignorance and laziness: Voters who can't be bothered to learn enough about the people they support to recognize their names in print and mark the adjacent box

Opinion: Proposed bill is a threat to the future health and safety of our community.

On behalf of the local Board of Health, I am confident our legislators will see House Bill 2504 for what it is: a blatant attempt to overstep and centralize power, placing control in the hands of political appointees with allegiances that will potentially undermine the health and safety of Tulsa County resident

"In face of plummeting temperatures and COVID-19 concerns, the city has a large unused property that could quickly be outfitted to accommodate the entire homeless population," said Tulsa resident Mark Scieszinski.

"Just because we have had several mild winters (and mild summers also), don’t say we are using too much power," said Bartlesville resident K. Mike Clark.