Lawson is a proven quantity who courageously voted for a tax package to increase teacher pay in 2018, and we will stand by him.

We don’t agree with everything Lawson represents. In particular, we take issue with his campaign website’s reference to the need to “stop the flow of state benefits to illegals.” The language is dated and embarrassing, and the claim is spurious.

Elsewhere, however, Lawson has been a genuine force for good in the Legislature. His efforts on behalf of juveniles in state custody this year — partially unfulfilled because of the pandemic’s early end to the legislative session — were smart, progressive and the work of someone who has been on the front lines of providing human services.

He favors smart-on-crime efforts, although he opposes State Question 805 because of details in its design. He remains open to the idea of bail reform.

In short, he’s the kind of moderate Republican Oklahoma needs more of.

Threadgill, a Vietnam veteran and lifelong resident of the district, ran against Lawson in 2018 in the Republican primary. He says he left the GOP because its leaders failed to speak out against offensive things President Donald Trump said about women and U.S. intelligence agencies.

As with Lawson, we find ourselves generally agreeing with Threadgill’s positions, although he makes us uncomfortable with the way he consistently brings issues back to a long-running personal dispute with a neighbor and the Oklahoma Department of Environmental Quality.

His willingness to say what other candidates should — I’m not sure; I need to study that issue more — is refreshing.

But we can’t find adequate policy reasons to go away from Lawson and doubt the people of District 30 will either.

Beyond that, we’re impressed with Lawson. He is a soft-spoken impressive young leader. A lot of candidates we meet talk about having a servant’s heart. Lawson doesn’t say that, but he shows it in his approach to life and politics, and we endorse him.

Dahm's bill would convene a special legislative session shortly after each presidential election, the editorial says. Lawmakers would approve a list of Electoral College delegates for the state. As proposed, the measure proposal would not require electors to honor the plurality or majority choice of Oklahoma voters.

We hope that a prayerful response to the pandemic will lead Stitt to do more than he has done, that he will accept his leadership responsibility to protect those most at risk from COVID-19, the editorial says.

The governor's staff says he was only protecting the state's legitimate interests, but that argument doesn't stand up to a steely-eyed review of what happened, editorial writers say.

We have repeatedly shamed OSSAA for its refusal to consider moving championship games to a safer, more convenient location when two metropolitan Tulsa teams are playing. That's not the case in the top division this year and, frankly, the interest of safety might be better served in the pandemic situation with the game being at a distance, if that discourages local students from attending.

We were unimpressed with Gov. Kevin Stitt's COVID-19 executive orders earlier this week, the editorial says. They are the latest examples of his failure to do necessary things to protect the people of Oklahoma during a deadly pandemic.

"We believe the human spirit will shine bright, with people digging deep into their pockets to help suffering strangers," the editorial states.

The better solution would be a statewide mandate, but Gov. Kevin Stitt refuses to show the courage of three Tulsa suburbs, the editorial says.

Gov. Kevin Stitt and a group of lawmakers are vowing to act on the scandal surrounding Epic Charter Schools. The problem is that the solutions they propose don't address the actual problems identified and seem to have more to do with their own political interests than protecting the taxpayers, the editorial says. 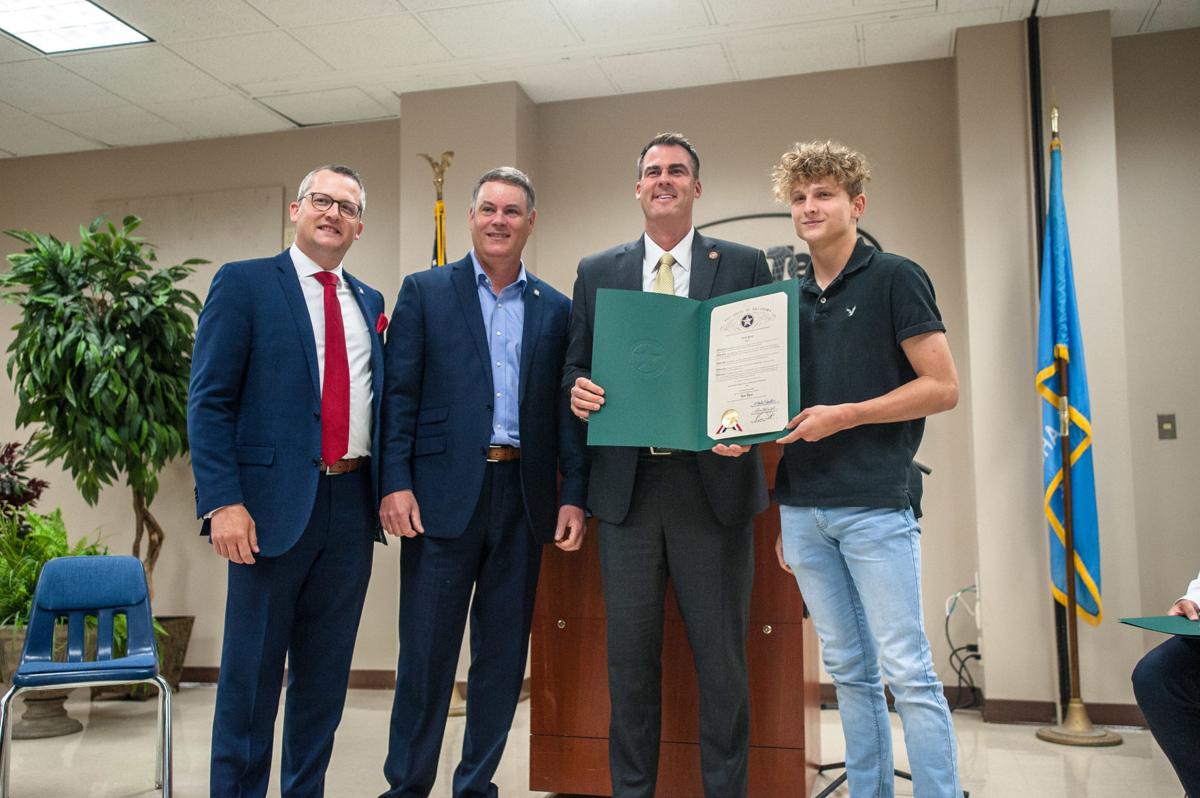 (From left) Representative Mark Lawson, Senator James Leewright and Governor Kevin Stitt give a citation to Dylan Byrd for helping rescue 90 year old Catherine Richie from a house fire in May on June 24, 2019. 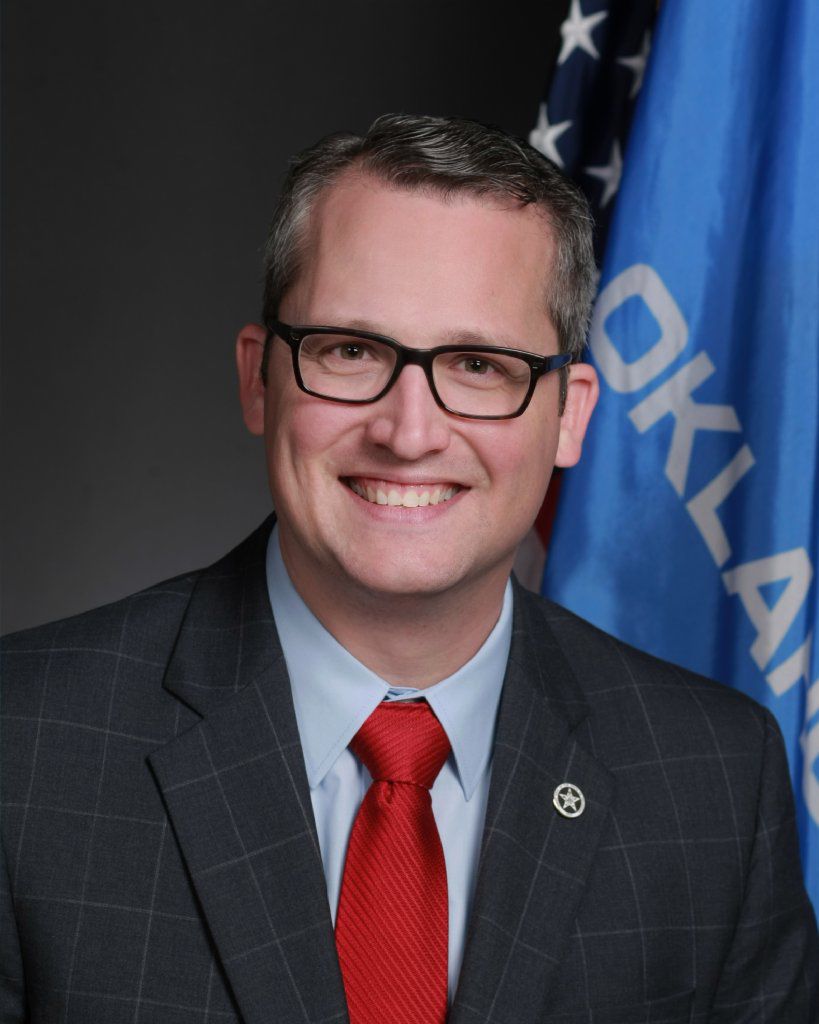