"In his inaugural address, President Biden promised bipartisan cooperation with Republicans in solving problems for Americans. However, so far, he has asked for little to no input from Congress and has made a staggering amount of unilateral decisions that hurt Americans with a stroke of a pen," writes U.S. Rep. Tom Cole, shown here debating on the floor of the U.S. House of Representatives. 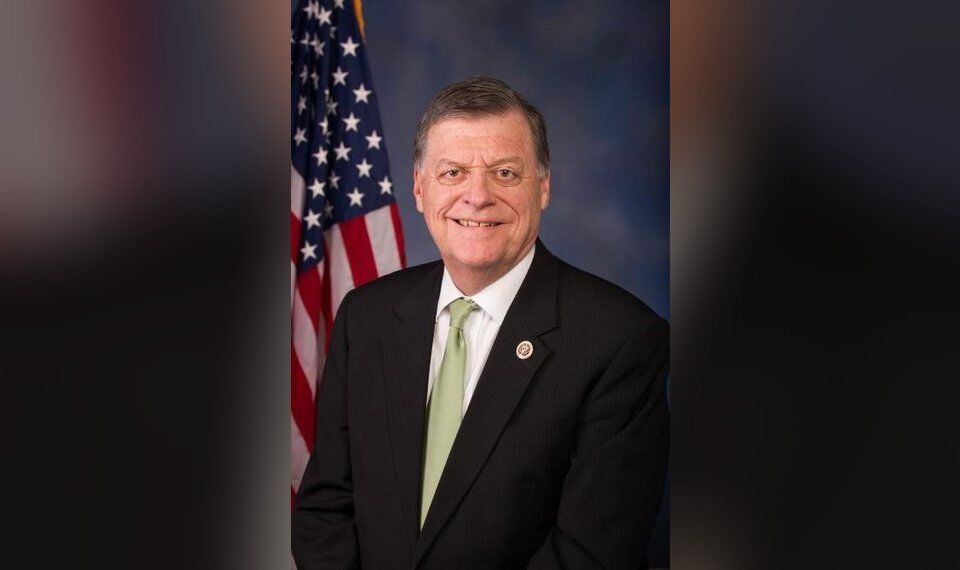 Correction: After this column was published, it was updated to reflect there have been two conferenced bills that passed the Appropriations Subcommittee on Labor, Health and Human Services, Education, and Related Agencies since Democrats took control of the U.S. House of Representatives.

Last November, American voters made their decision at the polls and the result was to elect President Joe Biden and a Congress controlled by Democrats.

Doing so requires willingness to work across the aisle on areas where there is clear common ground.

In his inaugural address, President Biden promised bipartisan cooperation with Republicans in solving problems for Americans. However, so far, he has asked for little to no input from Congress and has made a staggering amount of unilateral decisions that hurt Americans with a stroke of a pen.

First, President Biden has eliminated thousands of American jobs by canceling construction of the Keystone XL pipeline that would bring energy and resources through Oklahoma in the safest and most eco-friendly way possible.

He also made the decision to stop building the southern border wall, even though the funding was already provided by Congress. Now we are facing a humanitarian and security crisis like we have never seen before.

Even though Democrats currently hold the majority in both chambers, it is a very slim one, which means that Republicans have some leverage.

While the Senate may have flipped to favor Democrats barely with Vice President Kamala Harris’ tie-breaking vote, Speaker Nancy Pelosi’s majority shrunk in the U.S. House of Representatives, where Republicans picked up 15 seats. If history is any guide, Democrats could very well find themselves in the minority since midterm elections often favor the minority party taking back the House, Senate or both.

With such a slim majority, Democrats will certainly have a hard time getting things done without listening to their colleagues across the aisle or even those more moderate in their own party. In fact, if a handful of Democrats defect on a bill in the House, they lose and, if even one Democrat defects in the Senate, they lose.

While Republicans should be ready to cooperate where true bipartisanship exists, it is completely appropriate for us to continue speaking out against the deceptive messaging of Democrats. For example, the last coronavirus “relief” bill was mostly progressive policies not related to pandemic relief.

Although there are items that could be supported by both parties, it is counterproductive for Democrats to put forward partisan wish lists.

In addition, both parties can and should work together in the annual appropriations process. When I served as chairman and now as ranking member of the Appropriations Subcommittee on Labor, Health and Human Services, Education, and Related Agencies, my Democratic counterpart voted for all four of my final conferenced bills, and I have voted for both of hers since she became chair.

This is because we found areas we could work together — such as increases for public health readiness and biomedical research as well as for programs supporting early childhood education and first-generation college students.

In this process though, it is important to know each side’s red lines. In recent days, the Biden administration and other Democrats have signaled the removal of pro-life protections or the elimination of the Hyde Amendment, which stops federal taxpayer funding for most abortion procedures.

To be clear, I will never support any appropriations bill that weakens pro-life protections or removes the long-standing Hyde Amendment. I am disappointed the Democrats are even considering removing these long-supported bipartisan protections. It will make bipartisan cooperation on appropriations that much more difficult.

Both parties also see common ground in and can work together on holding our foreign adversaries such as China and Russia accountable. While President Biden claimed he would do so, under his American Jobs Plan, his actions are extremely counterproductive. It incentivizes American businesses to move overseas.

We must contain Russia, a rogue nation that threatens both the United States and our allies in Eastern Europe, as well as move critical supply chains out of China so that our country is less dependent on foreign supply chains especially those under control of a communist regime.

The choice is up to Democrats if they want to work with Republicans or not. Indeed, there are areas both parties will never agree such as H.R. 1, the Green New Deal and extreme tax hikes in the proposed American Jobs Plan. Over the last few months, we have frankly seen little to no desire from our counterparts across the aisle to listen to our voices.

However, I expect this will change. Frankly, at some point Democrats will need Republican votes. I hope in the coming months, we can work better together toward bipartisan legislation that benefits all Americans. Otherwise, we will see gridlock and partisan discord.

We can do better than that. In the last Congress, Republicans and Democrats cooperated to pass five coronavirus relief bills. We also worked together to pass the National Defense Authorization Act and fund the government on a bipartisan basis. That can all happen again. And, for America to move forward, it must.

What we do next is up to us, columnist Sean Voskuhl writes. The status quo is unacceptable. We must reform how, and equally importantly, where care is delivered.

"In his inaugural address, President Biden promised bipartisan cooperation with Republicans in solving problems for Americans. However, so far, he has asked for little to no input from Congress and has made a staggering amount of unilateral decisions that hurt Americans with a stroke of a pen," writes U.S. Rep. Tom Cole, shown here debating on the floor of the U.S. House of Representatives.