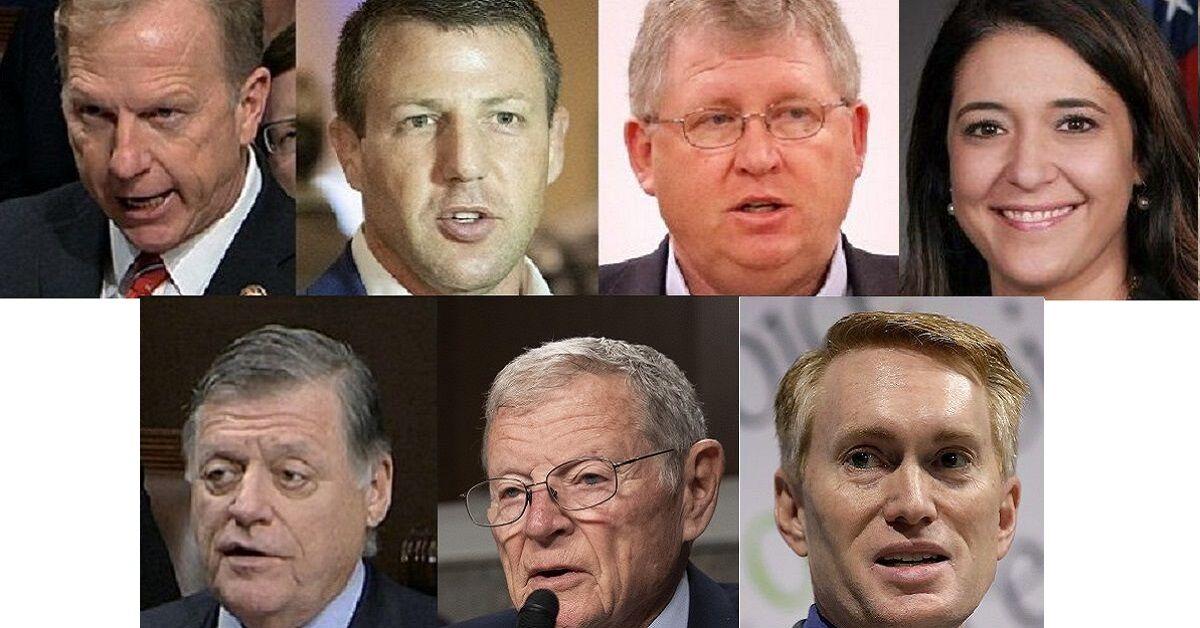 The events at the U.S. Capitol on Jan. 6 were horrifying.

The Capitol is a place I often have visited during my time in the Cabinets of two presidential administrations, Ronald Reagan and George W. Bush.

The Capitol was always a place that stood out as a symbol of our democracy.

It was and still will be a beacon to guide other countries toward the kind of democracy that is possible for them.

On Jan 6, this beacon was severely dimmed. Everyone who reached the Capitol steps should be prosecuted.

Our own congressional delegation was as disappointment. Thank God for Sen. Jim Inhofe, the only one who demonstrated common sense and constitutional duty.

I am reminded of a conversation with Sen. Henry Bellmon many years ago, when he was being pilloried by his Oklahoma constituents for his votes on the Panama Canal treaty and the use of busing to integrate public schools.

He told me that being a senator would be an easy job if all he had to do was make decisions by seeing which way the wind was blowing in Oklahoma. But that was not his job.

He said we are a republic in which people elect representatives to go to Washington. The representatives are to give matters the attention necessary and then vote the way they believe is in the best interests of the United States.

Oklahoma members of Congress said they were just listening to their constituents when they refused to accept Electoral College votes. They were not doing their constitutional duty. Their job was to review the facts of an election in which Joe Biden received 7 million more votes nationally than Donald Trump, then confirm that election.

There was little or no fraud in the election. The real issue was that some states of an election with the COVID-19 virus rapidly spreading. Many people were not going to vote if they had to stand in line for hours in close quarters, risking their lives.

These states enacted laws to allow voting by mail, which allowed many more voters to participate. This was not wrong!

Voter suppression is real, and allowing more people to vote should be our priority.

That is why Trump lost the election, although there were many other reasons why so many people who voted did not choose to vote for him.

Ross Swimmer, an attorney, is former principal chief of the Cherokee Nation and former assistant secretry of the interior for Indian Affairs. He lives in Tulsa and is a member of the Tulsa World Community Advisory Board.

Ross Swimmer, an attorney, is former principal chief of the Cherokee Nation and former assistant secretry of the interior for Indian Affairs. He lives in Tulsa and is a member of the Tulsa World Community Advisory Board.

Opinion: Reparations justified for the theft of Indian land allotments in Oklahoma

We must also be concerned about the social determinants of health that impact the health of communities, often in disparate and unexpected ways, columnist Dr. Jabraan S. Pasha writes.

The Oklahoma House of Representatives Wildlife Committee passed amendments last week that made a joke of a perfectly wise and responsible request made by the Oklahoma Department of Wildlife Conservation, columnist Shane Bevel writes.

Commentary: I'm a conservative. Here's why I support the For the People Act

My conservative values also lead me to support the For the People Act — the comprehensive voting rights and democracy reform legislation now pending in the Senate after being passed by the Democratic-majority House, albeit without a single GOP vote, writes columnist Eric Carlson. I truly believe that conservative values make the strongest case for this bill.

As we await the end of federal prohibition, we should, at minimum, just wait it out rather than force on businesses and consumers a costly system that doesn’t work; or, ideally, find the backbone to enter into compacts so that cannabis markets can normalize, columnist Lawrence Pasternack writes.