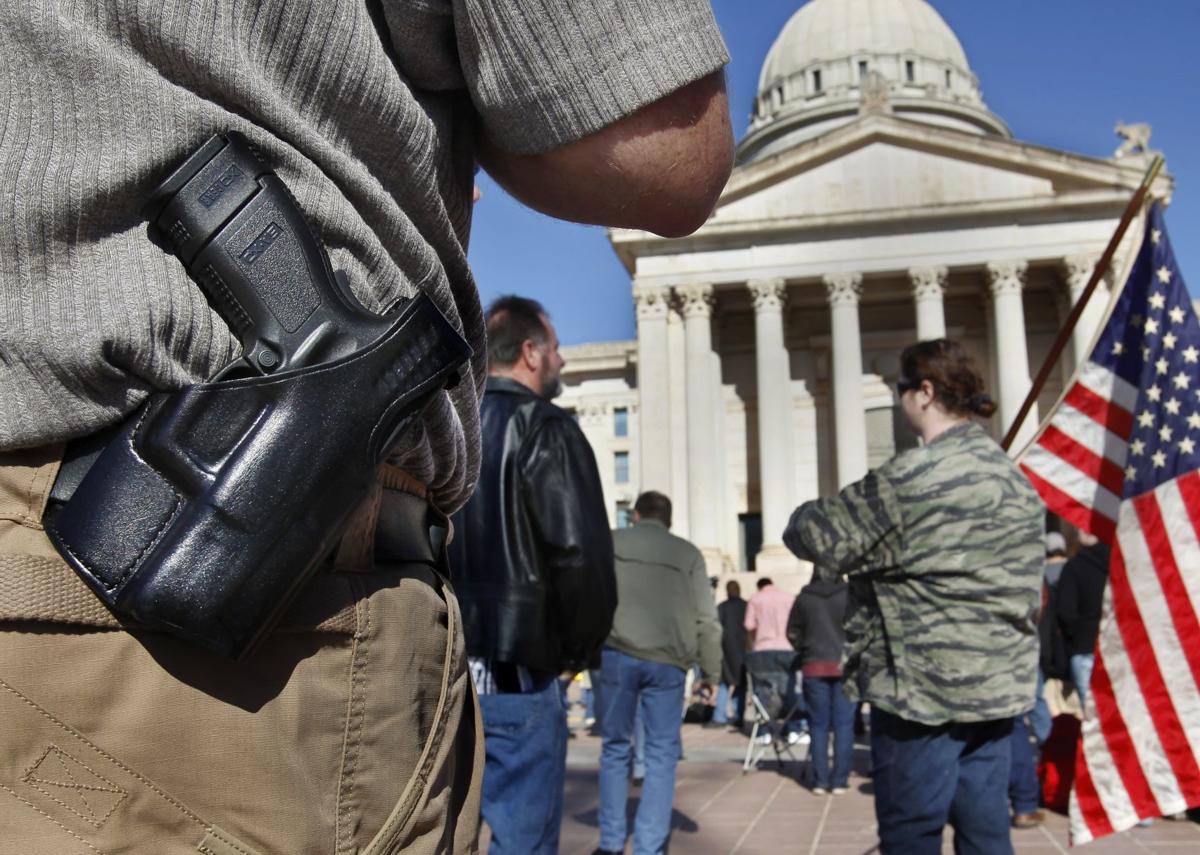 The ultimate goal of the forums is to make sure those interested in learning about constitutional carry will be equipped with the knowledge to effectively function under it without trepidation. Jim Beckel/The Oklahoman 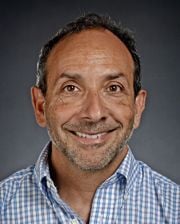 You probably haven’t heard about this because no shots were fired.

A 15-year-old boy showed up Aug. 28 at Great Crossing High School in Scott County, Kentucky, with a handgun. It was fully loaded.

Another student saw the firearm and notified the principal. Police responded and found the gun in the boy’s waistband. He was taken into custody.

We don’t know why the teenager took a weapon to school or what he planned to do with it. But we can assume that when someone carries a loaded handgun into a school, he intends to use it.

By now, we’ve all heard about the Aug. 31 shooting in West Texas, where a lone gunman opened fire on police during a traffic stop and proceed to fire from his vehicle as he drove down the highway. Seven were killed, 22 were injured. The killer had apparently been fired from his trucking job a few hours before the rampage.

We don’t know much about the shooter other than he was a 36-year-old male.

The Kentucky story quickly disappeared from the headlines. But the demagoguery that followed the Texas shooting lingered.

Democratic presidential candidate Beto O’Rourke got of a lot of attention after appearing on CNN and, for some reason, dropping the f-word on live television.

“This is f----d up,” he said. He used the expletive more than once. Now, his campaign is selling T-shirts featuring the phrase for $30 a pop.

The default solution for O’Rourke and the other 375 Democrats running for president is more gun control — more “comprehensive” background checks, gun buyback programs, banning AR-15s, and so on.

The Texas shooter failed a background check. He bought his gun via private sale. And if you believe a gun buyback (a.k.a. confiscation) program is going to work, consider that criminals tend to shy away from participating in initiatives that make being a criminal more difficult.

Yes, Australia. I know. The country’s 1996 gun confiscation effort is widely heralded by gun control advocates as a potential answer to gun violence in the United States. It isn’t. Different country, different culture.

The U.S. government would have to confiscate about 100 million firearms. That’s not going to happen in a free society with a Constitution that allows law-abiding citizens to possess firearms. What O’Rourke and many Democrats really want to do is repeal the Second Amendment, which isn’t going to happen either. There’s significant evidence that the Australian program didn’t work.

“Although gun buybacks appear to be a logical and sensible policy that helps to placate the public’s fears,” according to a 2008 University of Melbourne study. “The evidence so far suggests that in the Australian context, the high expenditure incurred to fund the 1996 gun buyback has not translated into any tangible reductions in terms of firearm deaths.”

Still, O’Rourke doubled down on gun confiscation last weekend and threatened to take AR-15s and AK-47s away from all Americans who own them, which, of course, would primarily be law-abiding citizens.

The Australian program was born out of a desire to “Do something!” following a mass killing of 35 people in 1996. The reaction is understandable. But the obsessive focus on outlawing particular firearms as a remedy to gun violence is the equivalent of trying to fix your roof by placing a bucket under the leak.

Which brings me back to the Kentucky story. Perhaps the only thing that prevented the 15-year-old from becoming another mass shooter was opportunity. It is fair to ask how a high school freshman is able to leave his house one morning with a loaded firearm, walk into a public school and get caught only because another student had the presence of mind to alert administrators.

It seems to me the issue isn’t gun violence; it’s violence and what causes it. Is it isolation, hopelessness, lack of empathy, the fracturing of families, lack of parental supervision or interest, anger, all of the above? What makes young men — boys in some cases — lash out in such horrific ways?

Trying to answer these questions by banning certain firearms is like trying to reduce drunken driving fatalities by banning sports cars.

A recent study published in the American Sociological Review revealed that the average person in the U.S. has only one close friend and one in four people have no one in whom they can confide.

We need to let that sink in and consider how a society in which more and more people live in isolation, disengaged from family, friends and faith is contributing to violence in our communities. Until we’re willing to put politically motivated, superficial solutions aside, we’ll never get to the soul of this problem. At best, we’ll just be filling the bucket.

Rich Manieri is a Philadelphia-born journalist and author. He is currently a professor of journalism at Asbury University in Kentucky.

Rich Manieri is a Philadelphia-born journalist and author. He is currently a professor of journalism at Asbury University in Kentucky.

Ginnie Graham: Americans have pushed for a more perfect Constitution

Commemorating Constitution Day on Sept. 17 by learning more about the founding document's history.

Test your knowledge about American's founding document that continues to govern us today.

"… the Biden administration intends to re-enact a federal regulation that will limit my ability to enjoy my daily hot shower in the name of water conservation," says columnist Tom Purcell.

The ultimate goal of the forums is to make sure those interested in learning about constitutional carry will be equipped with the knowledge to effectively function under it without trepidation. Jim Beckel/The Oklahoman