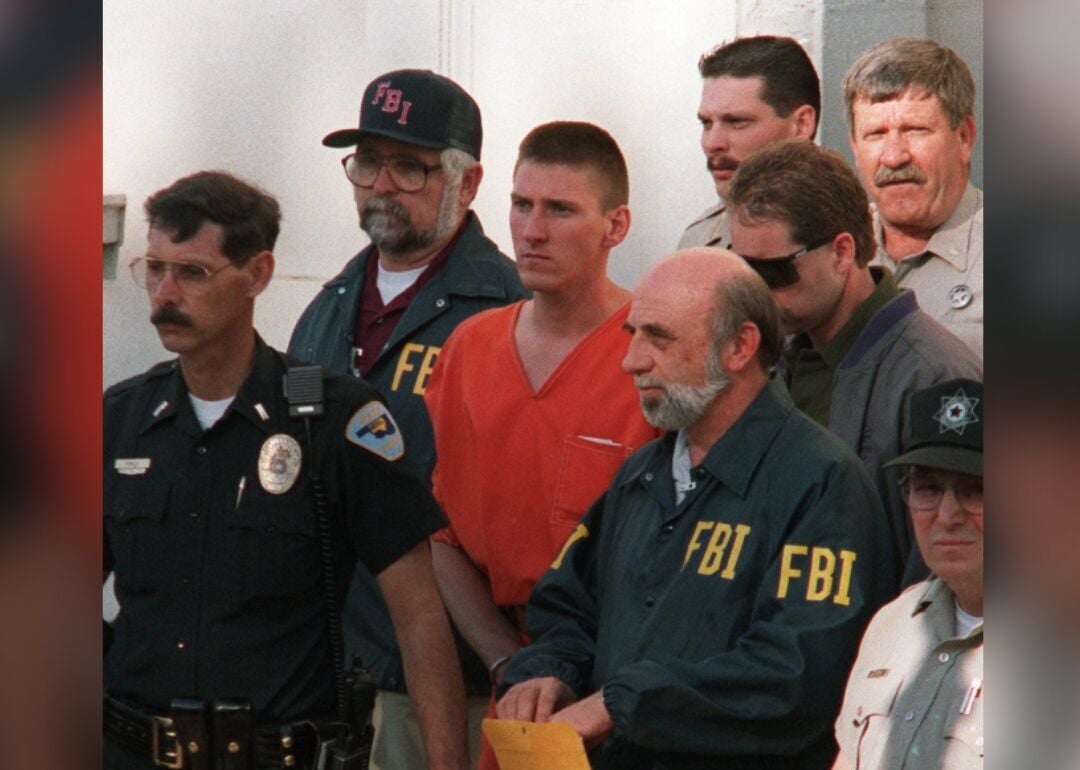 On April 19, 1995, domestic terrorist Timothy McVeigh detonated a truck outside of a federal building in Oklahoma City. The explosion killed 168 people, including 19 children. More than 650 others were injured in the attack, the deadliest on U.S. soil up until Sept. 11. In this photo by Bob Daemmrich, McVeigh leaves the Noble County Courthouse. 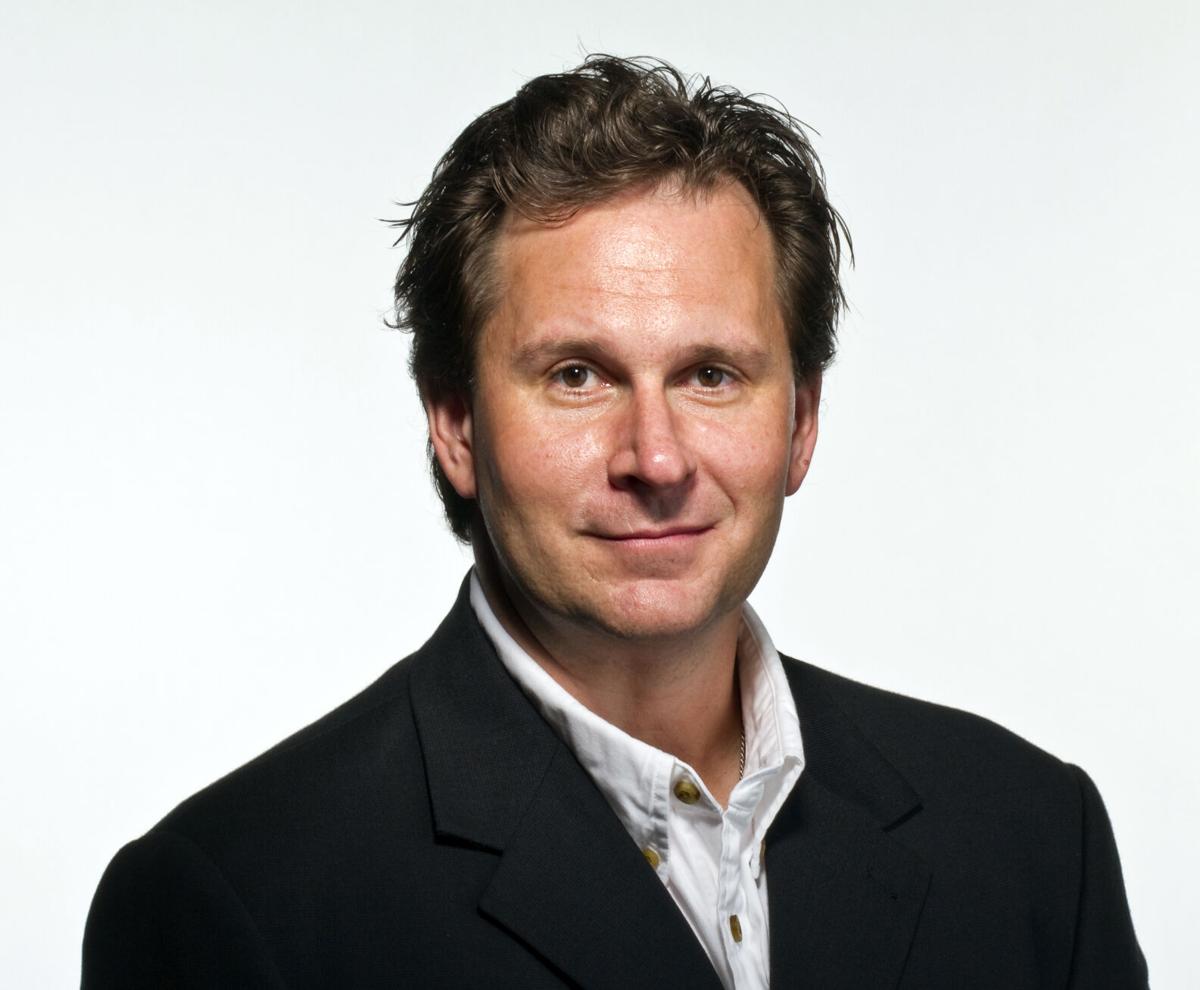 On June 11, 2001, I stood in a tight, gray-walled room at a federal penitentiary in Terre Haute, Indiana, and watched through a window as Oklahoma City bomber Timothy McVeigh, expressionless and strapped to a gurney in the execution chamber, took his final breaths.

Despite my misgivings about the death penalty, it was hard for me to see it as anything but justice for the horrific act he committed, killing 168 people, including 19 children, in the Alfred P. Murrah Federal Building.

Covering that execution and the antigovernment movement that propelled McVeigh from a man with unhinged views on America to a mass-murdering terrorist left me with one key belief: You don't feed these beasts.

Federal law enforcement, in the wake of the Oklahoma City bombing, clamped down on the antigovernment groups that fancy themselves "militias." But the movement still ebbs and flows, and as we saw last week with the announcement of charges against six men who plotted to kidnap Michigan Gov. Gretchen Whitmer, it's on the rise.

That's because antigovernment sentiment is being fed, often by right-wing squawkers making money hocking fear, but also by the very person in charge of our government.

The Whitmer kidnapping plot stemmed from restrictions she put in place to protect Michigan residents from the coronavirus. When armed protesters showed up at the statehouse to intimidate her and other lawmakers over the COVID-19 lockdown, President Donald Trump egged them on, at one point tweeting: "LIBERATE MICHIGAN!"

He also described protesters armed to the teeth in a state government building as "very good people" and went out of his way to show support and sympathy for them, something he does only for protesters who support him.

The problem is, those armed protesters and the men charged with plotting to kidnap the governor, along with seven other men charged separately under Michigan's anti-terrorism law with plotting to target police officers, are fellow travelers. They're Americans who view any governmental action they disagree with as tyranny.

Michigan Attorney General Dana Nessel issued this statement regarding the charges against seven men associated with a group called the "Wolverine Watchmen":

"The individuals in custody are suspected to have attempted to identify the home addresses of law enforcement officers in order to target them, made threats of violence intended to instigate a civil war, and engaged in planning and training for an operation to attack the Capitol building of Michigan and to kidnap government officials, including the governor of Michigan.

"There has been a disturbing increase in antigovernment rhetoric and the re-emergence of groups that embrace extremist ideologies. These groups often seek to recruit new members by seizing on a moment of civil unrest and using it to advance their agenda of self-reliance and armed resistance. This is more than just political disagreement or passionate advocacy, some of these groups' mission is simply to create chaos and inflict harm upon others."

Whitmer spoke at a Thursday news conference and put it simply: "When our leaders speak, their words matter."

It's easy to write off people who dress up in camouflage clothing and join antigovernment groups with tough-guy names like the Wolverine Watchmen as cosplaying conspiracy theorists. But we do that at our own peril.

The men who plotted to harm Whitmer met in July and "discussed attacking a Michigan State Police facility" and "shooting up the Governor's vacation home," according to court documents.

They apparently planned to take Whitmer to a location in Wisconsin, where she would stand "trial."

It's all outrageous, and it's deeply anti-American. In recent weeks, the FBI has reported rising antigovernment sentiment on the right and emphasized the seriousness of the threat posed by domestic terrorists associated with white supremacist movements.

You don't feed these beasts. You don't give them oxygen. You don't toss around words like "tyranny" or "liberate" or do anything to validate their warped views of America.

The men who threatened the governor were caught before they could harm Whitmer, as were the men plotting attacks on law enforcement. That's law and order — brave investigators using sources within antigovernment groups to halt plans before they can happen.

But it's not always enough. Before the Oklahoma City bombing, federal investigators knew the federal building was a target, and they were on top of some groups they thought posed a threat.

Then McVeigh came along and showed Americans the horror one man flying under the radar can inflict.

People like McVeigh and the men charged in Michigan can pop up anywhere. They feed on distrust in government institutions.

We can't have leaders tossing them red meat.

We simply can't feed these beasts.

On April 19, 1995, domestic terrorist Timothy McVeigh detonated a truck outside of a federal building in Oklahoma City. The explosion killed 168 people, including 19 children. More than 650 others were injured in the attack, the deadliest on U.S. soil up until Sept. 11. In this photo by Bob Daemmrich, McVeigh leaves the Noble County Courthouse.