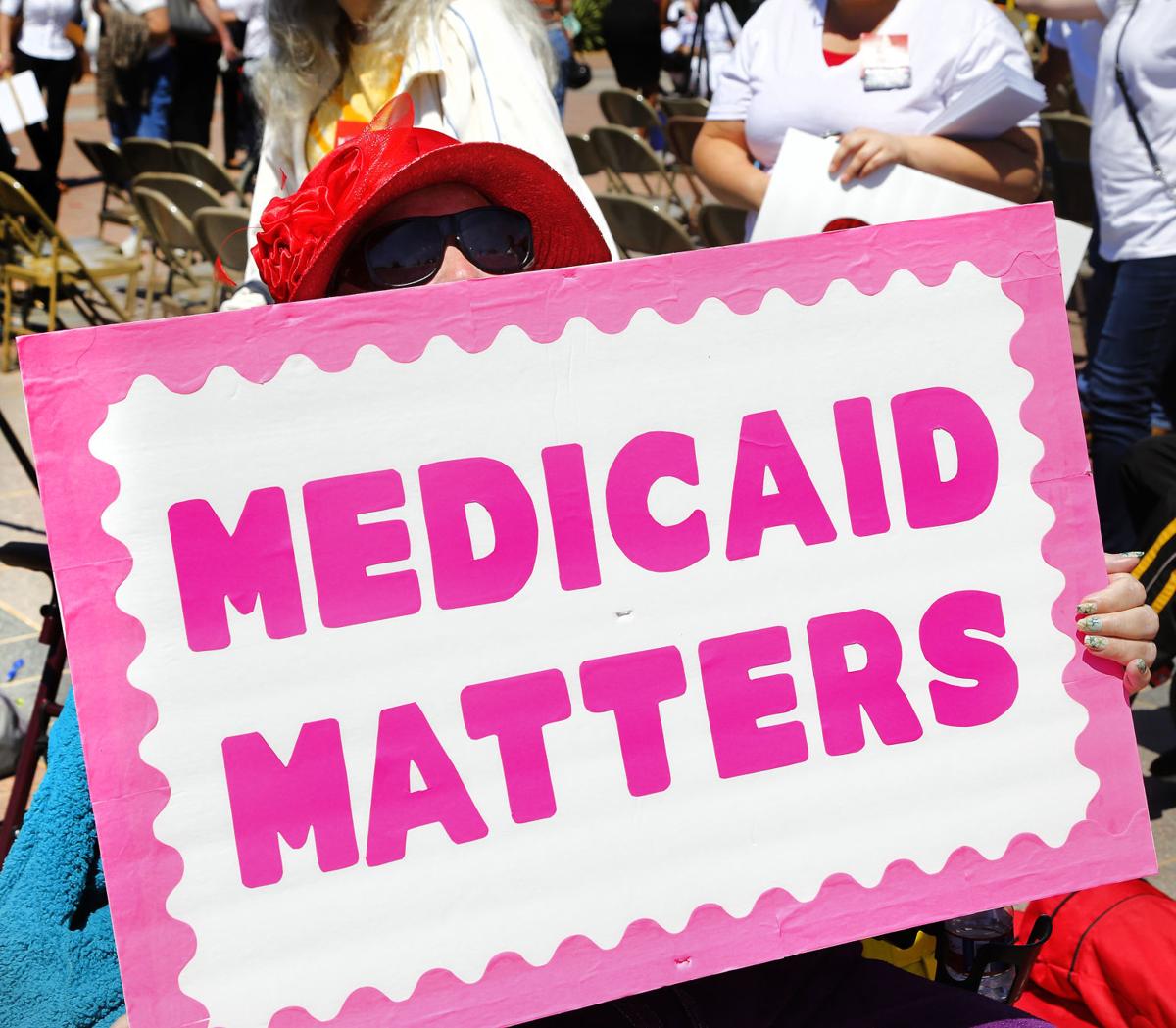 Do you value the education of Oklahoma’s children, asks Rep. Mark LePak. If so, you should be worried sick that State Question 802, which expands Medicaid, might pass on the June 30 ballot. Expansion proponents rarely address the enormous costs Oklahomans will shoulder, or how we will pay for it. JIM BECKEL/The Oklahoman file 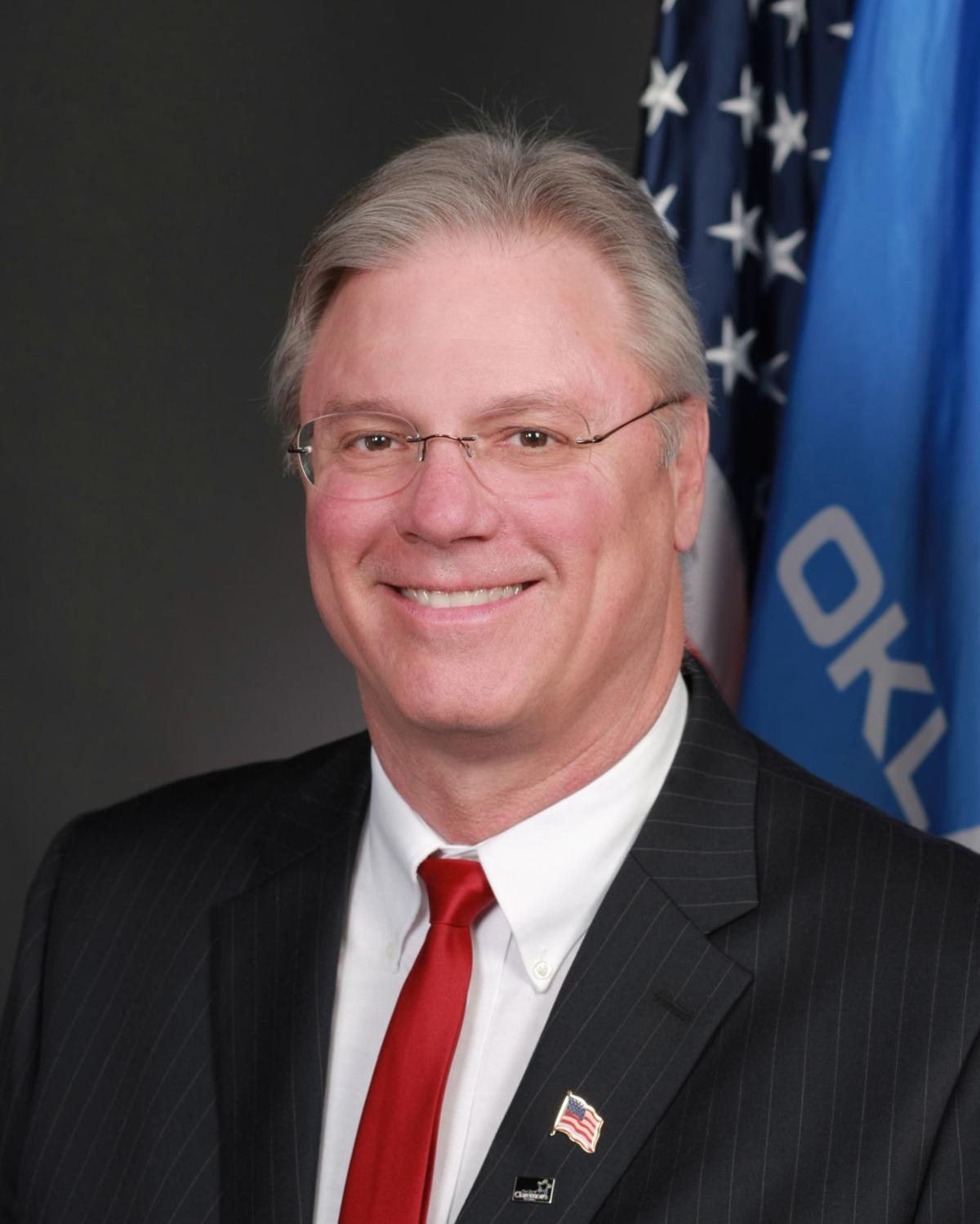 Do you value the education of Oklahoma’s children, asks Rep. Mark LePak. If so, you should be worried sick that State Question 802, which expands Medicaid, might pass on the June 30 ballot. Expansion proponents rarely address the enormous costs Oklahomans will shoulder, or how we will pay for it. JIM BECKEL/The Oklahoman file

Do you value the education of Oklahoma’s children? If so, you should be worried sick that State Question 802, which expands Medicaid, might pass on the June 30 ballot. Expansion proponents rarely address the enormous costs Oklahomans will shoulder, or how we will pay for it.

They point out that we will bring our federal dollars home with a 9-to-1 federal-to-state match, which is true. However, they also claim the expansion population will be about 200,000 people, costing Oklahoma about $200 million. Actually, a study commissioned by the Oklahoma Health Care Authority in 2013 suggested up to 628,000 would have been eligible then. Now the projected price tag is over $370 million.

When free health care is advertised, what should we anticipate from the eligible? And those numbers are just initial state expenses that don’t contemplate the rising costs of health care, nor the federal government’s habit of shifting costs to the states.

Consider what the health care authority’s annual reports tell us about the existing Medicaid program. From 2003 to 2018, Oklahoma’s share of Medicaid expenses grew from $715 million to $2.2 billion. At the same time, enrollment grew from 649,000 to more than a million. That’s three times the cost for less than twice the people.

Furthermore, in 2003, Oklahoma was responsible for 29.9% of total Medicaid costs. In 2018, that number was 41.8%. With that track record, the 9-to-1 match from the feds will become 8-to-2, then 7-to-3, and so on. Regardless of who is correct on the initial expense, with an increasing federal debt and deficit spending, does anyone think more costs won’t be shifted in the future?

And don’t count on a growing economy and tax base to cover the bill. Just this spring, a $416 million revenue failure, caused by depressed oil and gas markets and the COVID-19 shutdown, resulted in using about half of the state’s savings. Furthermore, the budget for fiscal year 2021, which begins the day after the SQ 802 vote, had a $1.3 billion hole in it. The Legislature closed the gap with more savings, some much-criticized bonding and a 4% average budget cut across state agencies. Education was cut about 2.5%, which meant other agencies were cut much more.

Prudence suggests a similar budget picture next session. The governor even vetoed his own funding request for SoonerCare 2.0, his less expensive version of Medicaid expansion, because staggering unemployment is swelling the non-expanded Medicaid population at an unaffordable rate.

There are only a few ways to cover the bill: raise taxes (the worst thing to do during an economic downturn), raise fees (sneaky; a proposed increase in the hospital self-assessment fee will ultimately push up premiums and out-of-pocket expenses for those with insurance), redirect dedicated funds (such as those flowing into pensions or into the Tobacco Settlement Endowment Trust as part of the Master Settlement Agreement), cut Medicaid provider rates (self-defeating), or budget cuts. SQ 802 passes, with no funding mechanism identified, then it will be up to the Legislature to figure out.

There are other problems with SQ 802. For one, it would add a feature of “Obamacare” to our already bloated state Constitution, never to be altered again except by another vote of the people, meaning Washington will control the program, and how much we’ll spend.

Oklahomans should have a few more questions answered before they vote, like whether health outcomes improved in other states that expanded (they didn’t), whether rural hospitals continued to close (they did), or whether states are trying to figure out how to exit the program or reduce benefits because cost estimates were significantly understated (they are).

There are many reasons to defeat SQ 802, but costs alone ought to be enough. If we do our homework on the experiences of other states, we won’t follow them on this fool’s errand. And maybe education will be spared more budget cuts.

Mark Lepak, a Republican from Rogers County, represents District 9 in the Oklahoma House of Representatives.

Wayne is the editorial pages editor of the Tulsa World and a political columnist. A fourth-generation Oklahoman, he previously served as the World’s city editor for 13 years and as a reporter at the state Capitol of four years. Phone: 918-581-8308