Opinion: Reparations justified for the theft of Indian land allotments in Oklahoma
0 comments
Share this
{{featured_button_text}}
1 of 2 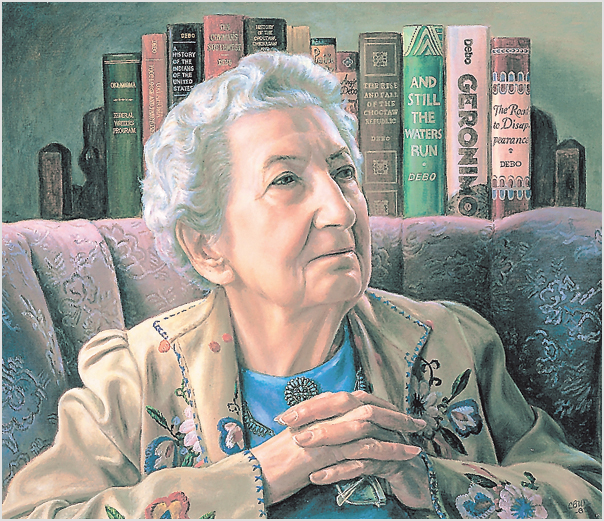 So ubiquitous were the robberies from American Indian allottees in Oklahoma, that the esteemed historian Angie Debo described the situation as, “a grand conspiracy to defraud Indians of their lands and wealth.” 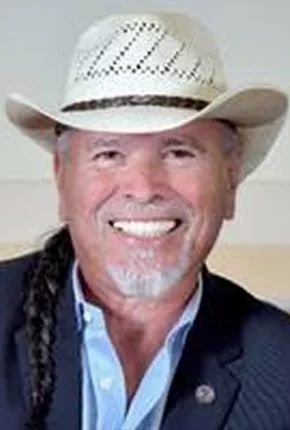 In 1908, the Pontotoc County District Court approved the sale of lands belonging to Lucy Carney, a non-English-speaking Chickasaw. Her 154 acres were sold for $1,600.

The purchaser then borrowed $2,100 from a trust company. As the lender could not loan more than 40% of market value, the land was worth at least $5,250. Lucy was thus legally robbed of $3,150. Her land forever gone; her descendants eternally despoiled.

Sina Battiest died on Nov. 8, 1918. Four years later, “Sina” appeared in court as a man to execute a land lease. “His” signature was notarized and attested by two witnesses. Such was the power of the swindlers that they could not only bring the dead to life again but also to change their sex.

Elsewhere, predatory grafters were gathered at Hilly Bear’s deathbed. Once she was dead, they pressed her thumb to an ink pad. They affixed her fingerprint signature to “her” will. An investigation revealed ink on Hilly’s thumb. Such was the zeitgeist that the brazen pillagers didn’t bother to dispose of the smoking gun evidence.

Thousands of similar thefts occurred across Oklahoma. So ubiquitous were the robberies that the esteemed historian Angie Debo described the situation as “a grand conspiracy to defraud Indians of their lands and wealth.”

Oklahoma bears sole responsibility for establishing the framework that enabled, facilitated and encouraged the wholesale theft, rape and murders of Indian allottees. The Enabling Act of 1906, providing for admission of Oklahoma as a state, stipulated that the federal government would have sole authority over tribes and Indians. Oklahoma was so eager for statehood, that its citizens readily agreed to this condition.

However, Oklahoma quickly began a concerted effort to disestablish federal control. This undermining effort bore fruit with the passage of the Act of May 27, 1908. It removed protective restrictions on approximately 64,000 of the 101,000 allotments in eastern Oklahoma. The act also gave Oklahoma district courts full authority over all Indian probate matters. The graft was on, cloaked in the sanctimonious mantle of “protecting the helpless Indians.”

So lucrative were such guardianships that it gave rise to a phenomenon unique to Oklahoma; the rise of the professional guardian. Guardians might have dozens of wards. They, their attorneys, bankers, merchants and other conspirators siphoned vast amounts of money from Indian estates. A pittance, if any, found its way to helpless wards.

Reparations is the act of making amends for wrongs inflicted on innocent parties. The grand conspiracy that defrauded Indian allotees is a scarlet stain upon the state of Oklahoma. Justice demands reparations by the state to descendants of allottees.

Some may say that the theft and exploitation of Indian allottees is deplorable but that the victims are long since dead. However, absent such widespread thievery, descendants of the original allottees might still own vast amounts of valuable land in Tulsa and eastern Oklahoma. Descendants of allottees thus continue to be injured and damaged by state sanctioned grand theft.

Moreover, current property owners throughout the former Indian Territory are today unwitting beneficiaries of this vast transfer of wealth and of Oklahoma’s egregious failure to discharge its fiduciary and trust responsibilities properly.

We can’t change the past but we can begin to acknowledge and make amends for the crimes committed against Lucy Carney, Sina Battiest, Hilly Bear and thousands of Indian allottees and their descendants. Reparations are just and proper. Do the right thing, Oklahoma.

J.D. Colbert lives in Tulsa and is a citizen of the Chickasaw Nation. He has Chickasaw/Muscogee-Creek, Cherokee and Citizen Potwatomi heritage.He is president and CEO of Holisso Hakv, Inc. consulting firm.

J.D. Colbert lives in Tulsa and is a citizen of the Chickasaw Nation. He has Chickasaw/Muscogee-Creek, Cherokee and Citizen Potwatomi heritage. He is president and CEO of Holisso Hakv, Inc. consulting firm.

I hope in the coming months, we can work better together toward bipartisan legislation that benefits all Americans, writes U.S. Rep. Tom Cole. Otherwise, Democrats are on track to relive the first years of the Obama administration, advancing partisan bills with zero bipartisan input and not making effective laws that reflect the priorities of the American people.

So ubiquitous were the robberies from American Indian allottees in Oklahoma, that the esteemed historian Angie Debo described the situation as, “a grand conspiracy to defraud Indians of their lands and wealth.”