One hundred years ago, terror came to Tulsa’s Black Wall Street and to the small town of Fairfax, Oklahoma.

Both populated by well-to-do minorities, African Americans in Tulsa and Osage Indians in Fairfax. Many whites did not believe their prosperity was deserved. Many believed this wealth to have come by “hook or crook” or just “dumb luck.” The plunder and murder of Blacks and Osages were easily justified by bigoted, greedy and envious whites.

For us Osages, most whites in the 1920s thought our oil wealth was the result of luck. We were removed from Kansas in 1870 to what many regarded as a barren, worthless reservation, now Osage County. We were expected to be satisfied living off government handouts until we learned to live as whites.

In fact, just as the Blacks in Greenwood, Osages made the best of a bad situation. For centuries we knew Osage County held oil — the area had been part of our traditional hunting grounds. We found oil seeps on these hunts.

In the 1880s our ancestors went by train to Carlisle, Pennsylvania, to visit their children at the Carlisle Indian School. They traveled through the oil fields of western Pennsylvania and learned the value of oil.

Then for over a decade, we resisted our reservation from being broken up by the U.S. under the Dawes General Allotment Act. Because we had paid for our reservation in cash with the sale from our Kansas lands, and because our tribal leaders were smart, Washington agreed to let us retain the mineral rights to Osage County.

Through enterprise and hard work, Blacks in Greenwood built wealth. Through resistance, clever negotiation and management, the Osages became wealthy.

Oil wealth wouldn’t come for 30 years after removal from Kansas, we did not wait for oil to make us wealthy. Our ancestors formed a constitutional government in 1881, then leased swaths of prairie to Texas cattlemen. As early as the 1890s, we were considered to be among the wealthiest people in the world, years before the moniker of “oil-rich Indians.”

People in Greenwood and my ancestors did not become prosperous by “hook or crook” or from “dumb luck.” We earned it.

Yet, many whites did not give us credit for capitalizing on the very system that they had used for their own prosperity, with the added advantage of having political, military and economic power — the benefit of white privilege. Was their good fortune due to “hook or crook” or was it just “dumb luck”?

Because we looked different and our ways of adapting to the circumstances were different from white people, it was easy to disparage us, call us names, dehumanize us and finally kill us.

It is no coincidence that Greenwood was destroyed and the Osage Reign of Terror began. The motives of greed, envy and bigotry fueled both. They began early and continue today, compounded by fear of losing the entitlement of privilege.

It’s not that we Indians or Blacks are without prejudices. But who is doing the discrimination makes the difference in creating and maintaining chronic inequalities, disparities in wealth, health, and living conditions in this great country of ours.

The Tulsa Race Massacre and the Osage Reign of Terror in Fairfax are linked by long-standing, damaging systemic racism. It is time to acknowledge what happened and unguardedly accept that systemic inequalities and injustices continue today. It is time to memorialize both tragedies but importantly begin the work of ending social and economic injustice.

Photos: Leonardo DiCaprio appears on set in Pawhuska as filming of 'Killers of the Flower Moon' continues in Oklahoma

Joe Conner is Osage and lives in Fairfax. He holds a doctorate in experimental psychology, runs an American Indian Health Research business and is publisher of the Fairfax Chief. He served as an Osage Government Reform Commissioner and helped draft the 2006 Osage Nation Constitution.

Opinion: How one small Oklahoma tribe showed it could help beat COVID-19

The Wyandotte tribe administers between 40 and 70 shots a day at its clinic as a normal course of business, and over 250 shots on days when a team goes offsite to take vaccines out to the community, columnist Cara M. Hair writes.

Ginnie Graham: A spoon sticking to a nose isn't a COVID-19 vaccine side effect

Of all the things U.S. public health officials prepare for in crisis management, combating a fear of becoming a magnet probably didn't make any textbook, says columnist Ginnie Graham.

Opinion: Of all the annoyances of flying, this is the most insulting

I recently flew on a plane for the first time in 15 months and was reminded that of all the many annoyances, it's a relatively small one that drives me the most crazy: the part where they tell me how to work the seat belt, writes columnist Nicholas Goldberg.

Wayne Greene: From the pipelines to your water bill, America's electronic infrastructure is vulnerable

Last week, the Senate Homeland Security and Governmental Affairs Committee examined the Colonial Pipeline attack and what it reveals about threats to critical national infrastructure, the column says.

President Joe Biden supports a ban on assault weapons like the one that has been in place in California since 1989. On June 4, however, the Hon. Roger Benitez, United States judge for the Southern District of California, ruled that California’s ban is unconstitutional. The judge is probably correct, writes columnist John M. Crisp.

Opinion: 'The Lost Cause is dead.' Let's dismantle its legacy beyond the symbols.

That we are at a moment no one saw coming is due to the Black Lives Matter protesters who cast an unflinching light on the ugly symbolism behind these monuments, columnist Michael Paul Williams writes. Few images are as powerful as the light projection of George Floyd’s face onto the graffiti-marked Lee monument, as was done one recent night. 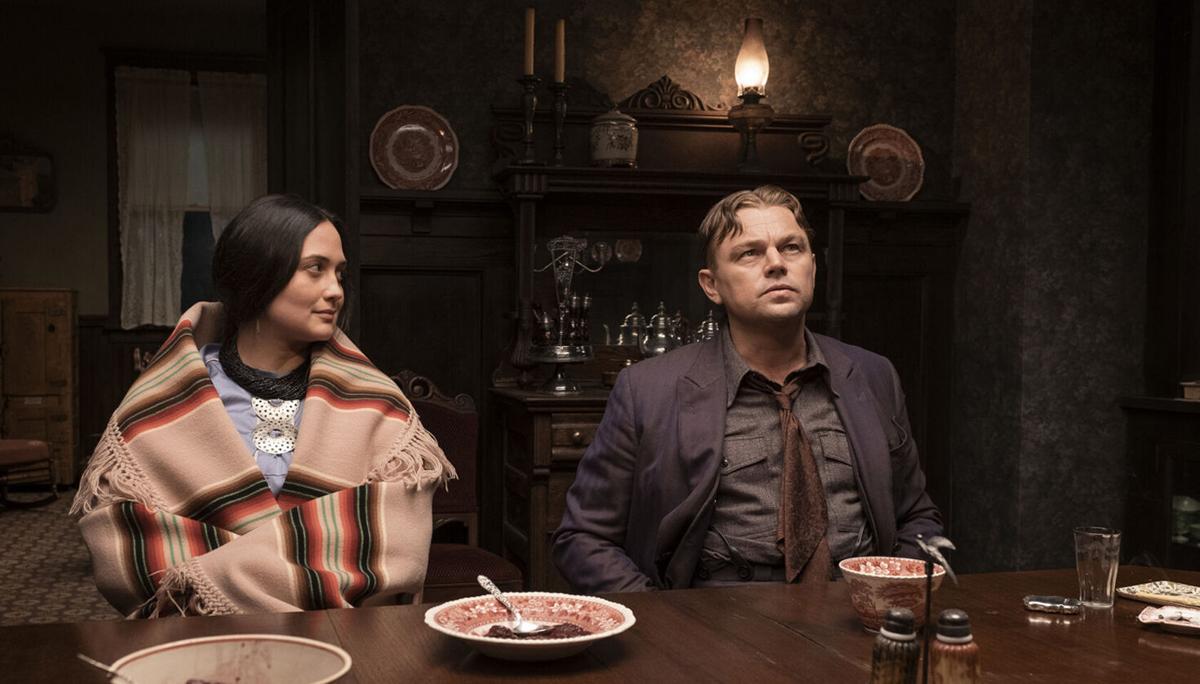 Leonardo DiCaprio and Lily Gladstone appear in “Killers of the Flower Moon,” set in Oklahoma, 1919. Gladstone stars as Mollie Burkhart, an Osage woman. The film is based on David Grann's 2017 nonfiction book on the Osage “Reign of Terror” in the 1920s (and beyond), in which numerous Osage tribe members were killed in Oklahoma for their oil wealth.

Joe Conner is Osage and lives in Fairfax. He holds a doctorate in experimental psychology, runs an American Indian Health Research business and is publisher of the Fairfax Chief. He served as an Osage Government Reform Commissioner and helped draft the 2006 Osage Nation Constitution.