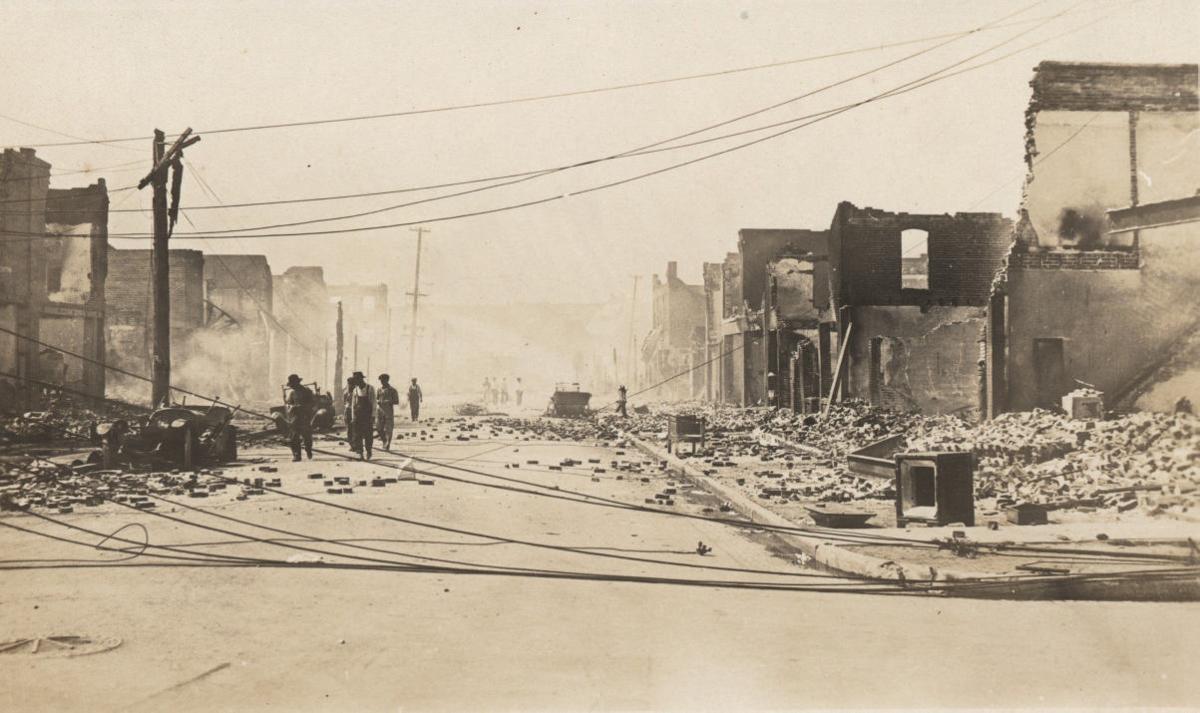 A view of Greenwood Avenue looking north from Archer Street shows the devastation in the aftermath of the 1921 Tulsa Race Massacre. Courtesy/Special Collections/McFarlin Library/The University of Tulsa 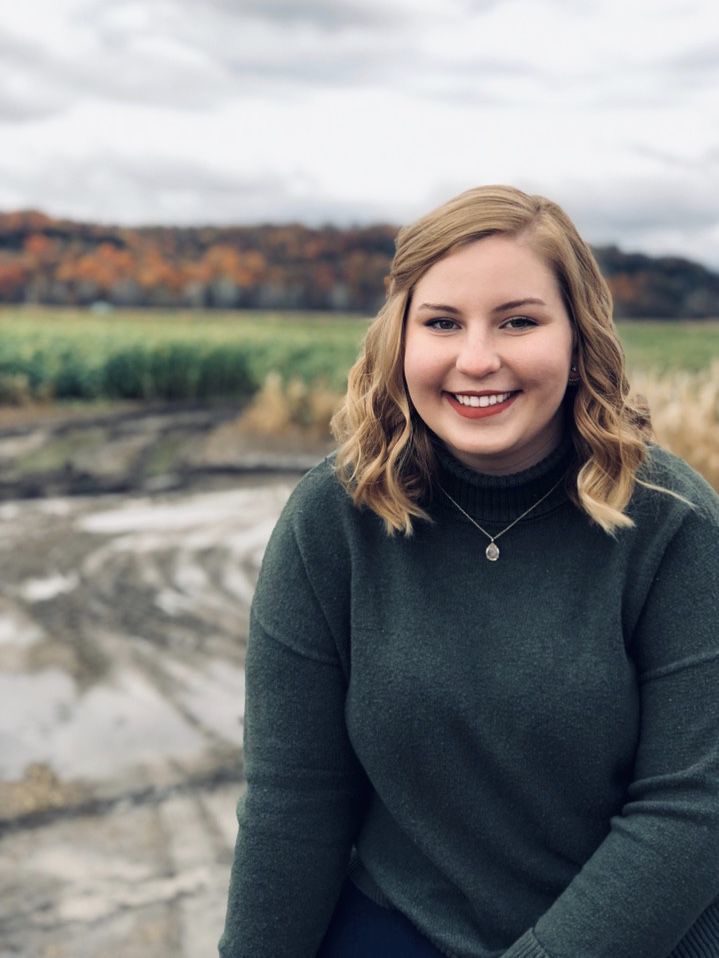 In two years, the city of Tulsa will have to recognize the centennial anniversary of the most brutal episode in its history — the violent destruction by white Tulsans of the Greenwood District, also known as Black Wall Street. As the anniversary approaches, the slaughter of dozens of black residents is re-entering the public consciousness. The HBO show, “Watchmen,” opens with a re-enactment of the incident, which led The New York Times, The Los Angeles Times, The Philadelphia Inquirer and The Washington Post to shine further light on the horrors.

Tulsa is finally bringing attention to the darker details of the riot — searching for mass graves and changing the dialogue from “riot” to “massacre.” While massacre is a better description of what happened from the late days of May to the early days of June 1921, neither of these words describes the horror that befell the Greenwood District. The violence inflicted on Greenwood community members as a result of their race was meant to terrorize African American citizens into submission and destroy any sense of belonging that Tulsa once afforded them. This was more than a riot. It was an act of domestic terrorism.

Terrorism is defined by the Global Terrorism Database as “the threatened or actual use of illegal force and violence by a non-state actor to attain a political, economic, religious or social goal through fear, coercion, or intimidation.” For an event to be considered terrorism it must be intentional, contain violence or a threat of violence and the perpetrators must be sub-national actors. Additional factors must also be present: The act must be aimed at attaining a political, economic, religious or social goal; there must be evidence of coercion, intimidation or relaying some message to a broader audience; and it must occur outside of wartime activities.

The destruction of Greenwood was intentional violence orchestrated by sub-national actors: white Tulsans. Moreover, the goal behind the massacre was to intimidate black Tulsans and destroy Black Wall Street, thereby removing the affluent African American community from Tulsa forever. This clearly occurred outside of wartime activities as well. By the Global Terrorism Database definition, it is evident that the Tulsa massacre should be labeled as an act of terrorism.

The events in Tulsa are comparable to more recent incidents of racial violence that the media has been quick to label as terrorism. However, a quick search on recent news articles covering Tulsa contains no mention of the words “terrorist” or “terrorism.” I am not trying to rewrite the past or call for additional action based on the label of terrorism; I simply want Tulsa to look at its history and reflect on what it actually was: an act of terrorism designed to drive black citizens from their prosperous community. Reframing the atrocity may help us have a more honest conversation about the brutality of our city and country’s past.

Melissa Rolseth lives in Owasso. She is a senior at Westminster College in Fulton, Mo., double majoring in political science and history.

"I accidentally told the algorithm that drove people down the QAnon rabbit hole to push out the junk and show me things that made me happy," says editorial writer Bob Doucette.

Clinical trials for most diseases do not work for rare types because of few participants available and lack of interest by pharmaceutical companies, says Tulsa attorney Elizabeth McCormick, who was diagnosed with ALS in 2019.

Column: Check on your friends in health care

"We feel hung out to dry by both the community we serve and the community leadership who has failed to give us any real shot to be successful in helping to resolve this pandemic," said Dr. Jabraan S. Pasha.

Richard Kyte: Why finding a 'third place' is important to you — and to America

Commentary: People who have a regular third place expand their circle of friends, laugh more often, are more engaged in their community, are happier and live longer.

Ginnie Graham: What age do you think you'll peak?

Life is about hills and valleys, not a single mountain, says editorials editor Ginnie Graham.

Column: A call to action for everyone to take a role in reducing Oklahoma's 20-year high in domestic violence attacks

"There are no simple answers to violence in our relationships and community, but there are pathways to solutions and hope," said Suzann Stewart, executive director of Tulsa's Family Safety Center.

"As if there is a liberal way to treat disease and a conservative way. Science doesn't follow such political leanings," says editorial editor Ginnie Graham.

"For the immediate future, disruption will continue to be the rule. Brace yourself for that," says editorial writer Bob Doucette.

A view of Greenwood Avenue looking north from Archer Street shows the devastation in the aftermath of the 1921 Tulsa Race Massacre. Courtesy/Special Collections/McFarlin Library/The University of Tulsa