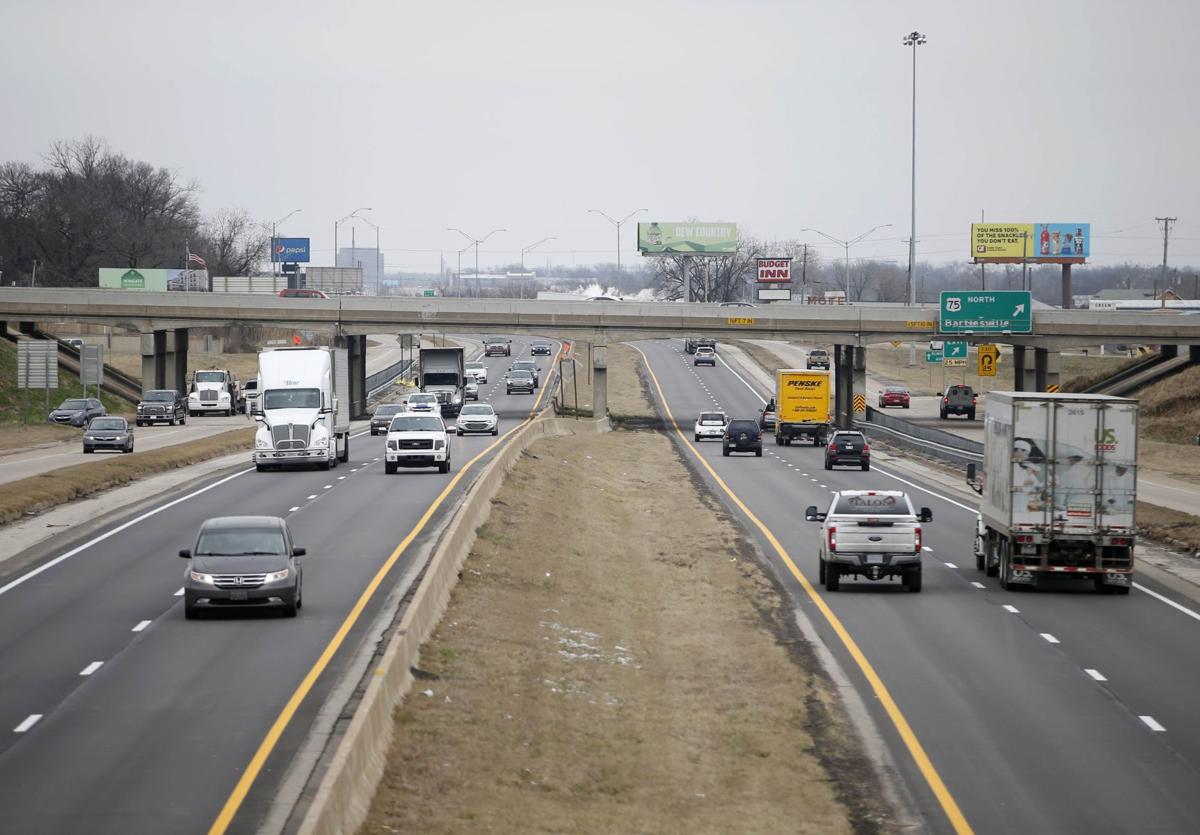 Traffic flows along Interstate 44 near the interchange with U.S. 75 in Tulsa in January. MATT BARNARD/Tulsa World 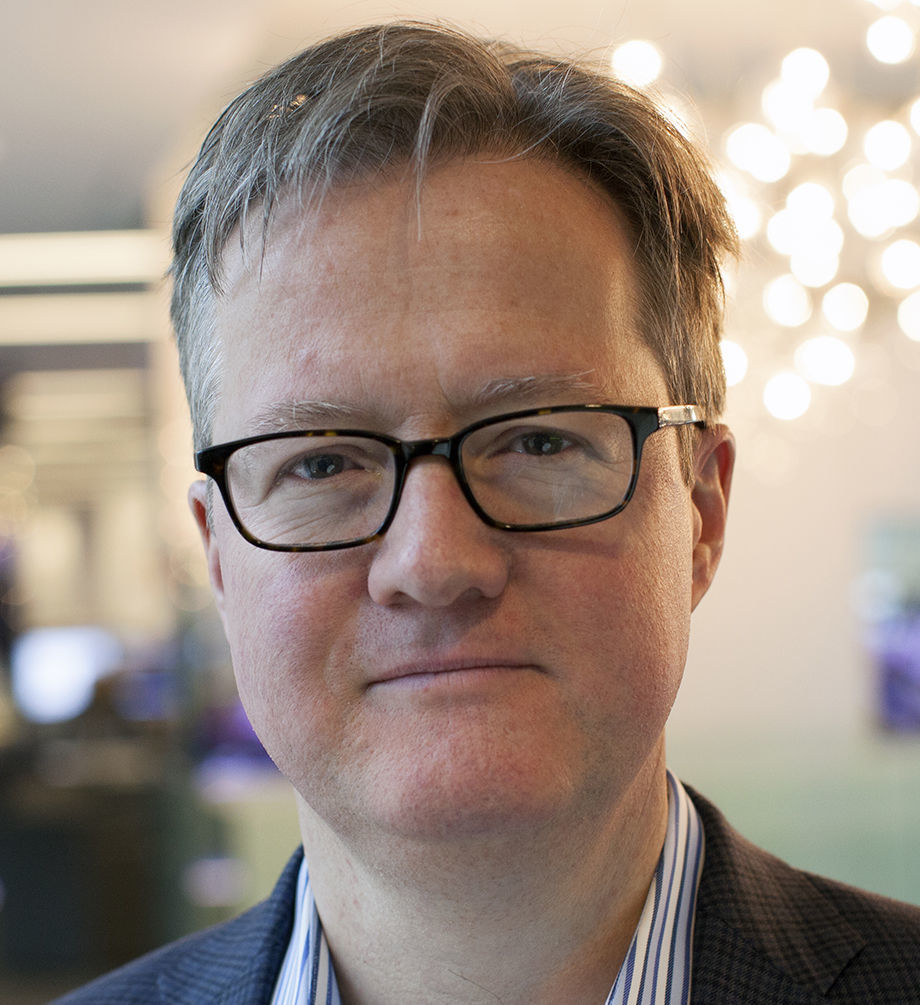 Truck drivers have, well, kind of had it up to here with the rest of us.

“Do you know how many times I see people … texting while driving, using their cellphones to make a call instead of a hands-free device, passing in front of a semi too close, or following a semitractor-trailer too close, women putting on makeup while driving, people reading a book or eating a bowl of cereal (yes, I have seen those things) and of course speeding?” one veteran trucker writes in response to a recent column about how dangerous truck driving is.

“Other drivers on the road have zero respect for truckers and cut them off without hesitation expecting them to just hit their brakes and stop as if they’re driving a car,” writes another.

Here are other excerpts from emails I received over the past week:

“We’re always being cut off or passed on the right side rather than the left, this includes cars passing us on the right by using the shoulder.”

“Drivers of private vehicles pull out suddenly in front of my truck, pass and pull in on the nose of the truck, hang out in my blind spots, turn suddenly without signaling or, the worst, pull in front of the truck and stop suddenly.”

“When you have cars pulling out right in front of us we cannot slam on our brakes, we can’t change lanes really quick because our trailers don’t function that fast, we end up rolling the truck or having it go out of control.”

“There’s about 88 billion more cars on the road than there were just a few years ago and the intelligence of those that drive these cars is at an all-time low. In my 40-plus years of driving I’ve never seen so many cars on the road and with complete idiots behind the wheel. Now I’m not saying that all truckers are model drivers either, but the percentages lean heavily in favor of today’s automobile drivers being the worst.”

Truck driving is dangerous for the drivers, with trucking’s occupational fatality rate far higher than that of any other occupation or industry except relatively small ones like logging and fishing. It’s also dangerous for other drivers and pedestrians, who account for about 80% of the fatalities in crashes involving large trucks.

The best estimate seems to be that car drivers are at fault in 70% to 75% of fatal crashes involving cars and large trucks. That admittedly comes from the American Trucking Association, but it’s based on what appears to be a fair-minded weighing of evidence from numerous studies by other groups. It also makes sense: Truck drivers are trained professionals who are aware that they are driving “80,000-pound missiles” — a description used in several of the emails I got — and know that driving recklessly or under the influence could cost them their livelihoods and even lives. Car drivers are amateurs of widely varying skill, training and seriousness.

Put the two together on the same ever-more-crowded highways, and you get trouble, as evidenced by rising occupational fatality rates among truckers.

This carnage has not gone unnoticed in Washington, and Congress and regulators have reacted with a bunch of new rules for truckers.

A rule requiring the use of speed limiters on heavy trucks is on hold because of the Trump administration’s regulation slowdown, and another setting stricter standards for entry-level truck-driver training (mandated by Congress in 2012) has been delayed because of implementation difficulties.

But a regulation that went into effect in 2012 tightened the hours-of-service rules that govern how long truckers can drive and how much rest they must get, while one that began to go into effect at the end of 2017 required the use of electronic-logging devices and made it much harder to evade those rules.

This last mandate was the target of a fair amount of griping from my trucker-correspondents, who said that the combination of inflexible hours-of-service rules and electronic logging puts truckers under so much time pressure that it has made them less safe. A survey last year by the Owner-Operator Independent Drivers Association found that since the electronic-logging device rule went into effect, 78% of members said they have felt more pressure to speed and to drive when it would have been better to stop, and 69% have felt more pressure to drive in unsafe road conditions.

Such opinions aren’t quite the same as hard evidence that the rules are counterproductive, but there do seem to be diminishing returns to cracking down on truck-driver behavior in an attempt to solve a problem that is mostly car drivers’ fault. There are 228 million licensed drivers in the U.S. and only 1.8 million drivers of heavy-duty tractor-trailers, so I get the political and practical reasons for focusing on the latter. But when states raise speed limits or fail to enforce the speed limits, they are likely causing far more road deaths than any attempt to rein in truckers can prevent.

And, yes, it sounds like a modest reduction in car-driver idiocy could save a lot of lives, too.

This column does not necessarily reflect the opinion of Bloomberg LP and its owners. Justin Fox is a Bloomberg Opinion columnist covering business. He was the editorial director of Harvard Business Review and wrote for Time, Fortune and American Banker.

Do old lives matter? That was the pointed question a 90-something reader asked me on the phone the other day, and I have to say I see her point, the column says.

"This year, only three in 10 voters expect the debates to be important in influencing their decisions, according to the latest NBC-Wall Street Journal poll," says columnist Carl P. Leubsdorf.

Traffic flows along Interstate 44 near the interchange with U.S. 75 in Tulsa in January. MATT BARNARD/Tulsa World