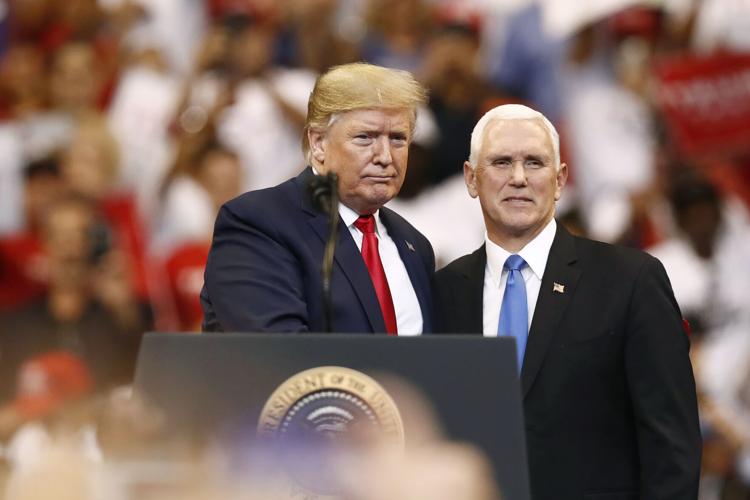 President Donald Trump and Vice President Mike Pence stand together during a campaign rally in Sunrise, Florida. Who among the current 2024 GOP hopefuls could fill one of Trump’s rallies, asks columnist Jonah Goldberg. Pence could repeat Trump’s lines — just as I could sing Beyonce’s songs — but that doesn’t mean people will show up to listen. 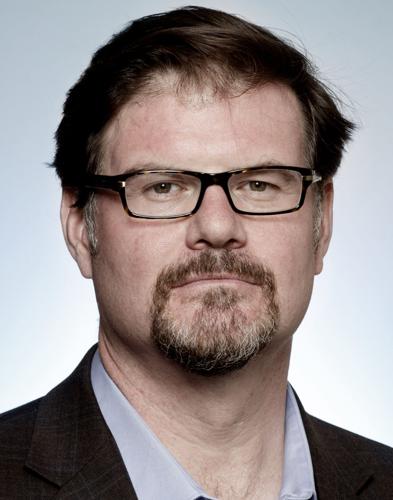 In the aftermath of President Donald Trump’s 2016 victory, many of his supporters wanted to construct an ideological worldview that would, they hoped, not only supplant traditional conservatism but redefine American politics.

As an intellectual project, it was pretty much a bust. For instance, Julius Krein started a journal, American Affairs, with the goal of providing an intellectual framework for Trumpism. As I noted at the launch, coming up with a coherent and consistent ideological program for a president who, as a point of pride, eschews ideological coherence and consistency is an impossible balancing act. Either you defend the ideas or you defend the man. You can’t really do both, because Trumpism was never an ideological phenomenon but a psychological one. No wonder that six months later, Krein, to his credit, withdrew his support of Trump and said he regretted voting for him.

Other outlets tried the same thing and ended up simply becoming cheerleaders and “Trumpsplainers” that start with the conclusion Trump is right and then work backward to prove it.

Now, in the wake of Trump’s defeat, the project to create Trumpism-without-Trump has been reborn as electoral analysis. Trump supporters claim that he bequeathed to the right and the country the makings of a new, multiethnic workers party.

It’s a convenient conclusion for those who’ve argued that “Republican elites” were too “stubbornly moored to laissez-faire fundamentalism and limited government as an end in itself,” in the words of Newsweek’s Josh Hammer, a leading proponent of this theory. Hammer contends “it is the Republican Party that disproportionately represents a multiethnic, non-college-educated working class.”

There’s obviously some truth to this. The erosion of the old Franklin D. Roosevelt coalition, with the white working class migrating toward Republicans and college-educated suburbanites inching toward Democrats, has been a trend for decades. Trump accelerated these trends. What was new — and surprising — was how Democrats lost ground with people of color, particularly Latino people.

But this theory, which has already received endorsements from presidential wannabes such as Sens. Marco Rubio, R-Fla., and Josh Hawley, R-Mo., seems like another case of starting with the conclusion and reasoning backward.

First, contrary to the hype, Trump’s performance with Black voters and even Latino voters wasn’t so earth-shattering. Exit polls aren’t entirely reliable, but since they’re what many proponents of the new workers party theory are basing their analysis on, they’re worth looking at.

Trump received 12% of the Black vote, 32% of the Latino vote and 34% of the Asian American vote. In 2004, George W. Bush received 11% of the Black vote and 44% of both the Latino and Asian American votes. An increase of 1% among Black voters and a double-digit decrease among Latino and Asian voters isn’t exactly a seismic event. More important, unlike Trump, Bush not only won reelection but also the popular vote.

As for this new working-class party, whatever that means, it’s worth noting that the average showing among union households — admittedly an imprecise measure of worker support — for GOP presidential candidates since 2000 is about 41%. Trump got 40% in 2020, down 7 points from 2016.

Moreover, there’s little in Trump’s record that suggests his support among voters had much to do with pro-worker policies. Deregulation, conservative judicial appointments, corporate and income tax cuts: This is ambrosia for the “Zombie Reaganite” elites — the kind who are “stubbornly moored to laissez-faire fundamentalism and limited government.” The most aggressive policy Trump pushed in the name of the American worker was protectionism, which ended up hurting more workers than helping, and made free trade more popular.

In short, the problem with seeing the Trump coalition as the foundation of Trumpism-without-Trump rests on the same misdiagnosis of intellectual Trumpism. It assumes there’s more to Trumpism than his entertainment value, his thumb-in-the-eye attacks on the media and his stoking of resentment. That’s a hard model to replicate. Who among the current 2024 GOP hopefuls could fill one of his rallies? I mean, Mike Pence could repeat Trump’s lines — just as I could sing Beyonce’s songs — but that doesn’t mean people will show up to listen.

From the outset, Trump’s 2016 coalition was a minority coalition in terms of the popular vote, but it was almost perfectly distributed to take the Electoral College. It might have worked again in 2020, except that Trump ignited an anti-Trump coalition much larger than the pro-Trump one. Going forward, the demographics of the electorate are moving in the wrong direction for the GOP.

The proponents of a new Trumpy Republican Party are certainly right about many of the Democrats’ shortcomings and vulnerabilities. There’s just very little evidence that Zombie Trumpism is the best way to exploit them.

Jonah Goldberg is editor-in-chief of The Dispatch and the host of The Remnant podcast.

Since its inception in 2005, Tulsa’s Future has generated more than 72,500 jobs and more than $4.25 billion in capital investment, says Arthur Jackson of the Tulsa Regional Chamber.

Column: Stalemate on immigration reform has become a 'you' problem

"Failure to reform our broken system — regardless of who is in power — is lowering the U.S. GDP and placing upward pressure on prices."

Column: A time when the weight of water healed an Oklahoma community

A 1980s Bell, Oklahoma, water project led by Wilma Mankiller, her husband Charlie Soap and the Cherokee Nation showed how a common goal can bridge divides.

Column: How would health care fare if outcomes were treated the same as public schools?

"Why not use the same simple and straightforward system we use to rate Oklahoma’s public schools: the A-F Report Card?" says Bixby Superintendent Rob Miller in a satirical column.

Bob Doucette: U.S. must hold the line in supporting Ukraine

"There comes a time when nations must stand against evil … Russia’s government, military and leaders have shown an affinity for acts of evil that are stunning in their scale." said editorial writer Bob Doucette.

Trudy Rubin: Putin is trying to wipe out Ukraine from the air, yet the West holds back air defense systems

Imagine if Philadelphia were totally blacked out for a dozen hours daily, with no water or heat and no electricity or cellphone coverage. Imagine if high-rise apartment dwellers, including the elderly and moms with babies, had to lug water and food to upper floors because the elevators weren't working. Imagine if surgeons at local hospitals had to operate by generator, and cars had to drive in total darkness while pedestrians navigated by flashlight.

President Donald Trump and Vice President Mike Pence stand together during a campaign rally in Sunrise, Florida. Who among the current 2024 GOP hopefuls could fill one of Trump’s rallies, asks columnist Jonah Goldberg. Pence could repeat Trump’s lines — just as I could sing Beyonce’s songs — but that doesn’t mean people will show up to listen.