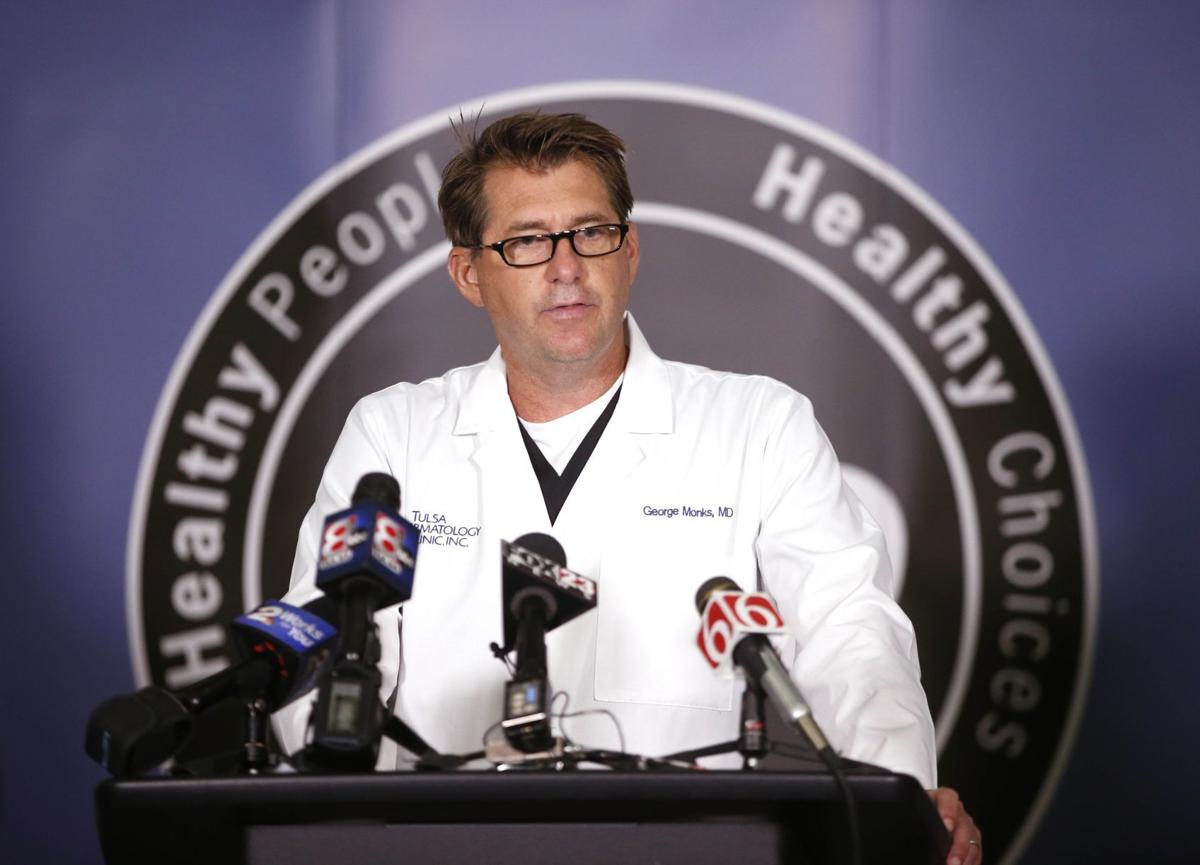 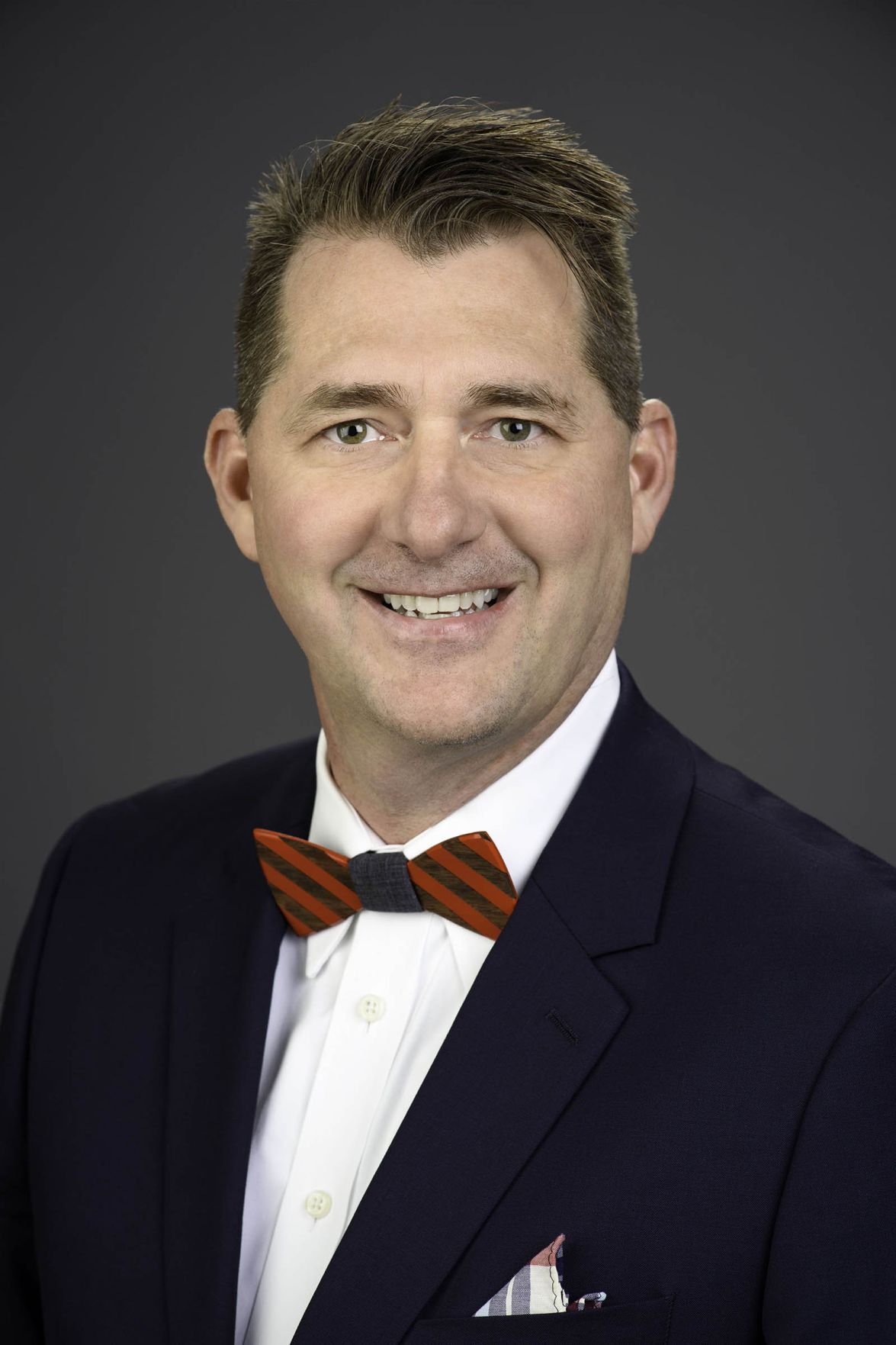 The Tulsa dermatologist has joined a list of doctors who unexpectedly found themselves at the intersection of politics and science.

In April, Monks stepped into the role of president of the Oklahoma State Medical Association, requiring him speak truth to the powerful and dubious.

“Physicians are used to taking care of patients, but it’s important to get involved in organized medicine. We are seeing a great example right now,” Monks said. “So much that affects our patients’ health is outside our control of what we do in the office. So many decisions are made at the Capitol. It’s so important to elect medicine-friendly lawmakers.”

Last month, Monks got attention when saying a COVID-19 patient waited a day for the “one and only” hospital bed in Tulsa: “We are at the end of the runway.” That referenced Gov. Kevin Stitt’s statement that Oklahoma had “plenty of runway” to respond to virus surges.

“We should always tell the truth, even if it hurts,” Monks said. “That’s what I think Oklahomans expect of us.”

The OSMA presidency is part of a 4-year leadership track, and Monks is the first dermatologist to be president.

“To be in this position is a way I can give back to medicine, for which I feel fortunate to practice,” Monks said. “We have to have a voice and seat at the table where decisions are made. We are seeing it play out in the pandemic.

“The big thing we are doing now is getting physicians across the state to plug into city council meetings for mask mandates. It’s not comfortable for all our members but someone has to step up and speak the banner of truth.”

Physician activism isn’t new. If anything, it’s an American tradition.

For every medical advancement and cultural shift — from vaccines to smoking cessation — physicians have played a part.

The OSMA formed in 1906 after merging the Indian and Oklahoma Territory medical associations. Dr. Eliphalet Nott Wright, president of the Indian Territory Medical Association, pushed for the single organization and encouraged political activism.

Wright, a Choctaw Nation citizen, had been a surgeon in New York City before returning to his home near Boggy Creek. Appalled at the lack of trained physicians, he worked with legislators on laws to drive out quack doctors and bolster credentials for medical practitioners.

“As laws of both territories are inadequate, it will be well to take time by the forelock and draw up such laws as will be required for the new state, and urge the election of such legislators as will favor such laws, regardless of political party,” Wright said in a 1906 speech.

Through the decades, Tulsa medical leaders have championed causes changing behaviors and systems.

In 1953, Dr. Fred E. Simms, president of the Tulsa Dental Society, took on the opponents of fluoridating the city’s water supply, calling on Tulsans to “respect beliefs and teachings” of medical organizations.

A leading proponent of smoking bans in Tulsa’s public places was Dr. Dan Brannin, an oral surgeon who served as a past president of the American Board of Oral and Maxillofacial Surgery.

“I think it is necessary to protect those non-smokers from the damage they could sustain simply by being around smokers,” Brannin wrote in the Tulsa World in 1987.

The Oklahoma Blood Institute was established by doctors frustrated by a shortage of blood leading to postponed surgeries.

The Tulsa County Medical Society distributed enough polio vaccines in 1963 to reach 70% of the county’s population.

The 1918 influenza pandemic brought together Tulsa doctors, the Red Cross and health department to convince city officials to close schools, movie theaters and churches. The city passed ordinances against spitting on the streets and sneezing without a handkerchief.

Because of its willingness to take political stances, the OSMA is sometimes controversial even among physicians. All OSMA members are Oklahoma medical professionals, but not all Oklahoma physicians are OSMA members.

With the current pandemic, Monks relies on health department data and information from hospitals and a COVID-19 task force within the OSMA.

“I go to bed at night with the heavy responsibility knowing it is an illness taking people’s lives,” Monks said. “I go back to the decision of doing what is right to accomplish the mission of better health for Oklahoma.”

OSMA members are emphasizing mask wearing across the state as a way to minimize spread. So far, 17 Oklahoma cities have instituted a mandate.

“Evidence on face masks shows it works. We see early evidence with the number of cities with face masks and those that don’t,” Monks said. “Every president of the OSMA has dealt with legislative issues that negatively or positively impact patients. That’s common, but the level we’re dealing with now is 10 times more than a usual year.

“Every day we encounter ideas that people are putting forward with misinformation. We have to engage in all those issues to tell the truth and speak from a data-driven perspective. We have to perform well with transparency, accountability and knowledge sharing.”

This doesn’t mean all physicians are in agreement on everything; some doctors once promoted smoking as healthy and the anti-vaccine movement finds physicians to back their position.

“No matter the profession, there will still be people on the fringe; people who think differently or think outside the mainstream,” Monks said. “Our whole residency and profession is evidence-based. It’s about not taking someone’s word for it and look to science-based research to see improvements on outcomes.”

The pandemic got personal with Monks after his father-in-law spent a week in intensive care with the virus. He survived.

Monks credits his military background and growing up on a Wilburton farm for the values to get through this challenging time.

“It will take all of us working hard together to beat this virus. It’s time for us to roll up our sleeves, put on our face mask and beat this virus as a team,” Monks said. “We will get through it. I want people to have hope. I think Oklahomans will step up and prove the Oklahoma standard of helping one another, wearing a mask and being good neighbors.”

Ginnie Graham: During a pandemic, this Tulsa couple erased medical debt for the county